The place was opened in 1975 by current owner Dave Gelberman’s father-in-law, Zev Zimmerman, whose first name means “wolf” in Hebrew. With a little extra inspiration from a Miami Beach diner by the same name, Wolfie’s was born. 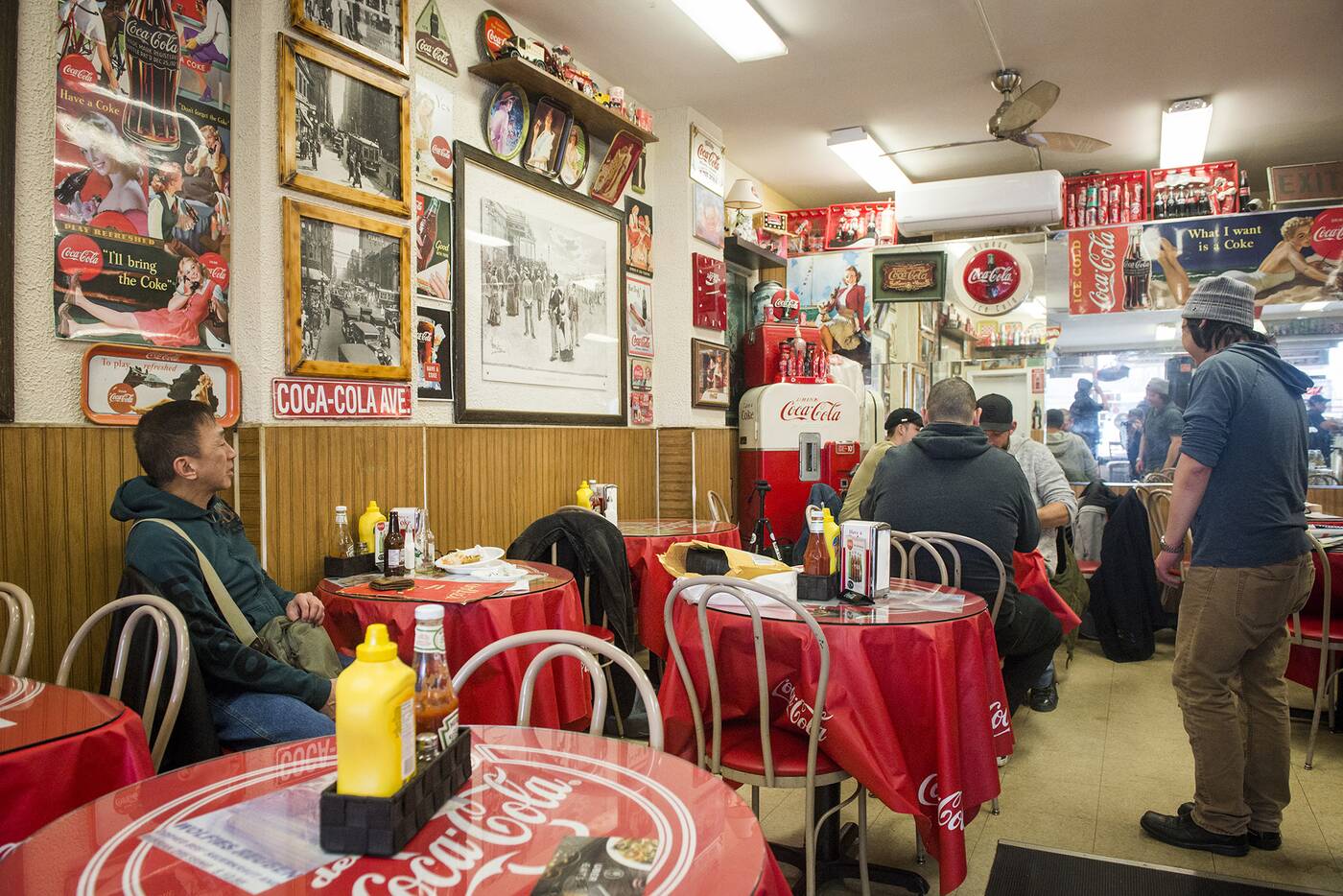 The interior is as packed with memorabilia as Wolfie’s sandwiches are packed with brisket. Most of it is ancient Coca-Cola merch, including an operational retro vending machine. “As you can see, I love Pepsi,” Dave jokes with his signature charming sarcasm. He’s as much a part of the decor himself with his booming voice and quips. 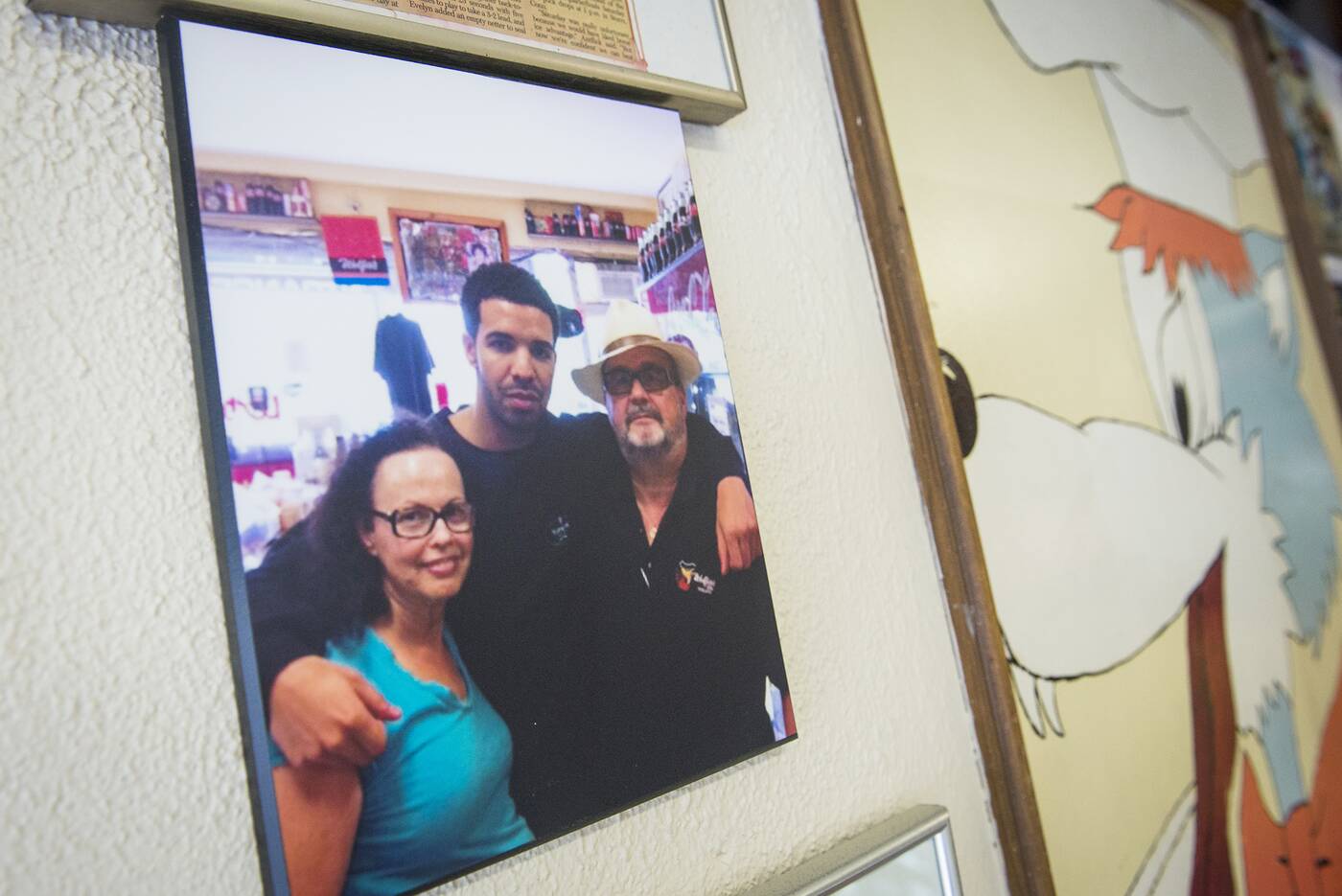 Our very own celebrity golden boy Drake has even been known to pop in for some pastrami and pickles. 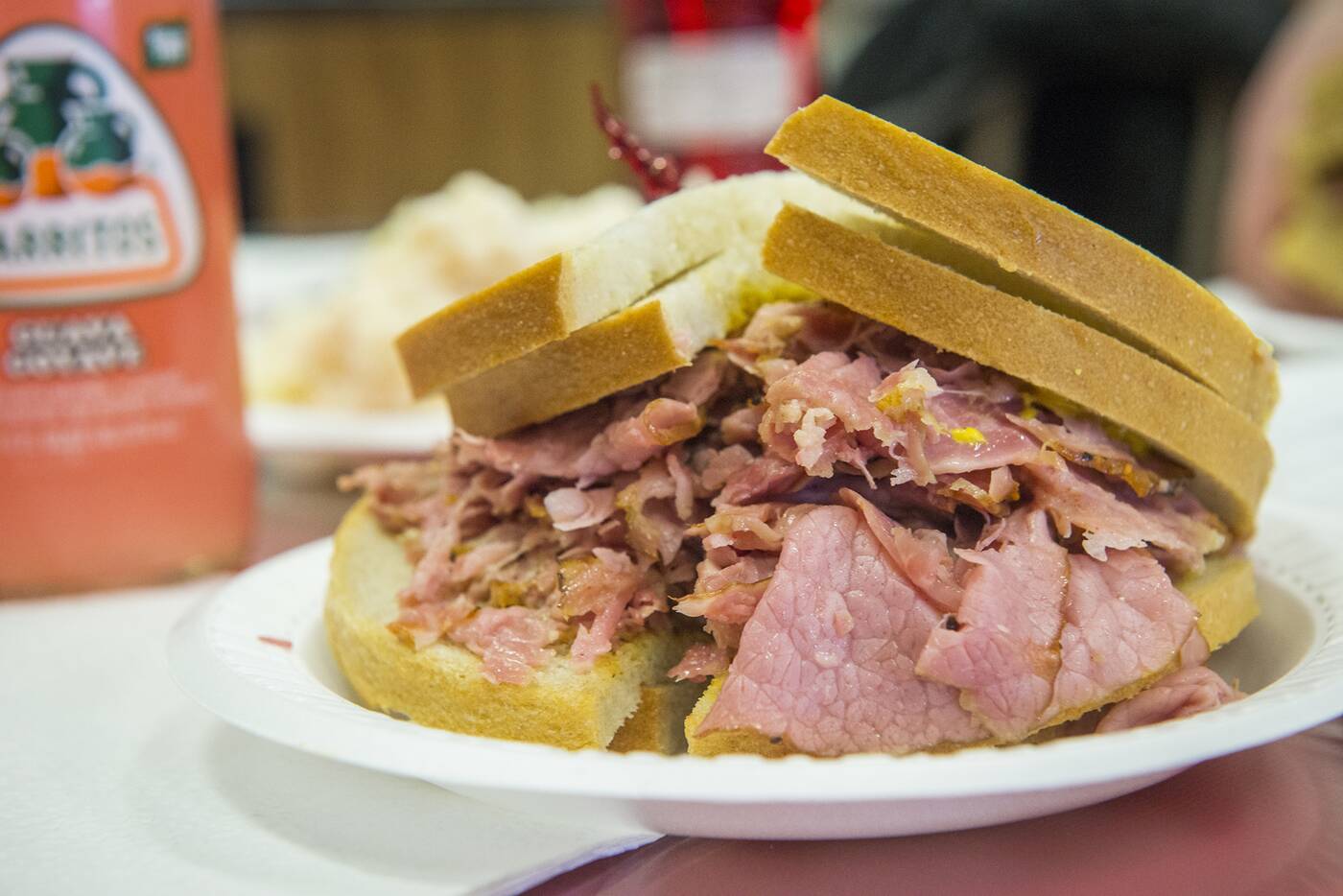 Whether you order corned beef, pastrami or Montreal smoked meat (all $9.96 on rye) it’s all Lester’s brisket, an inexpensive cut of meat that yields great flavour when cooked slow for a long time. “Corned” beef implies the meat’s been salted and boiled, and it’s melt in your mouth cured goodness paired with zesty mustard. 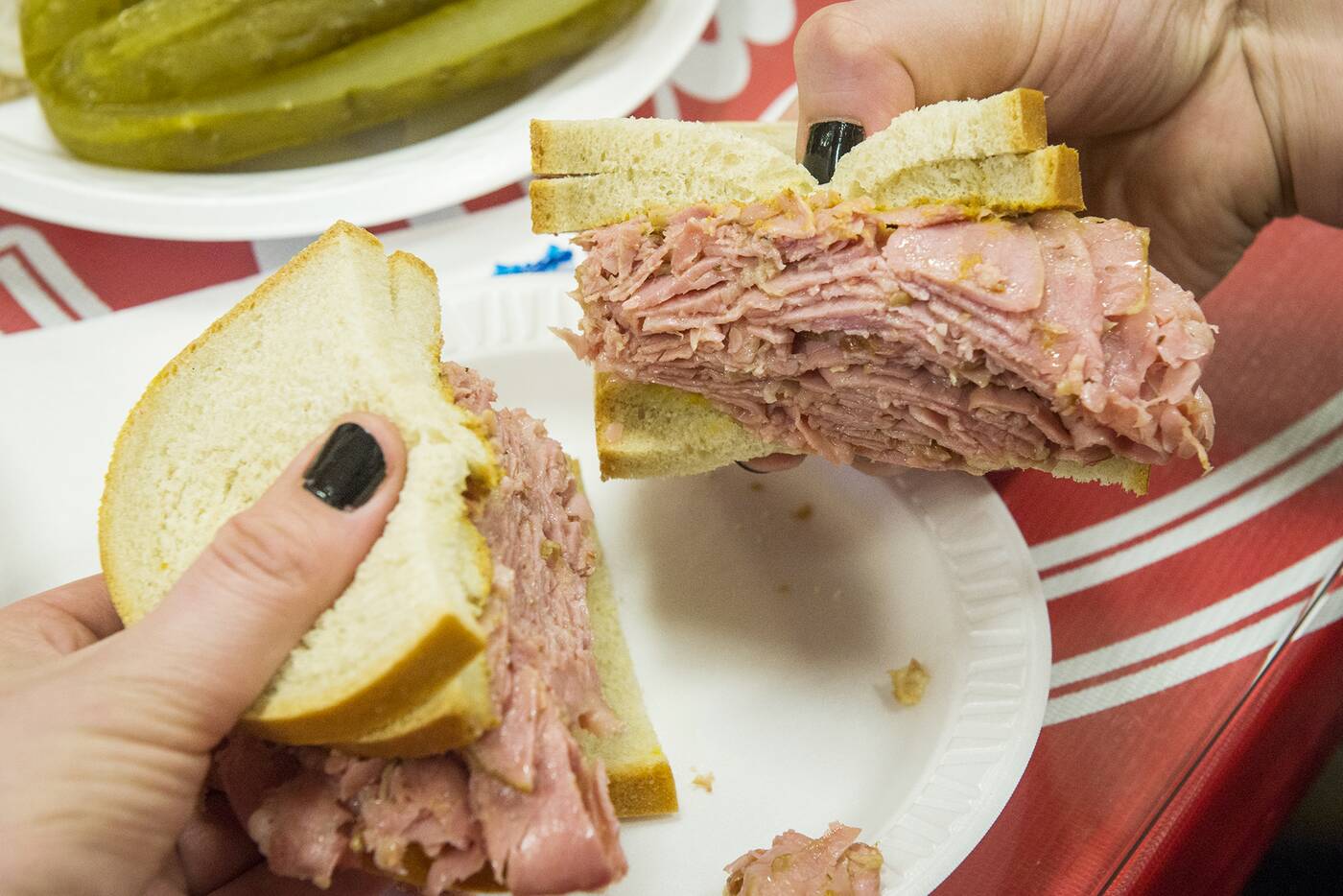 We get half-and-half mustard on all our sandwiches, half yellow and half a chunky, brownish house mustard. Pastrami implies the meat has been seasoned with spices. It’s slightly zestier than the corned beef, but to be quite honest there’s not much telling them apart.

Sandwiches all come on two slices of rye, to hold it all or alternately to make a second sandwich from fallen scraps. 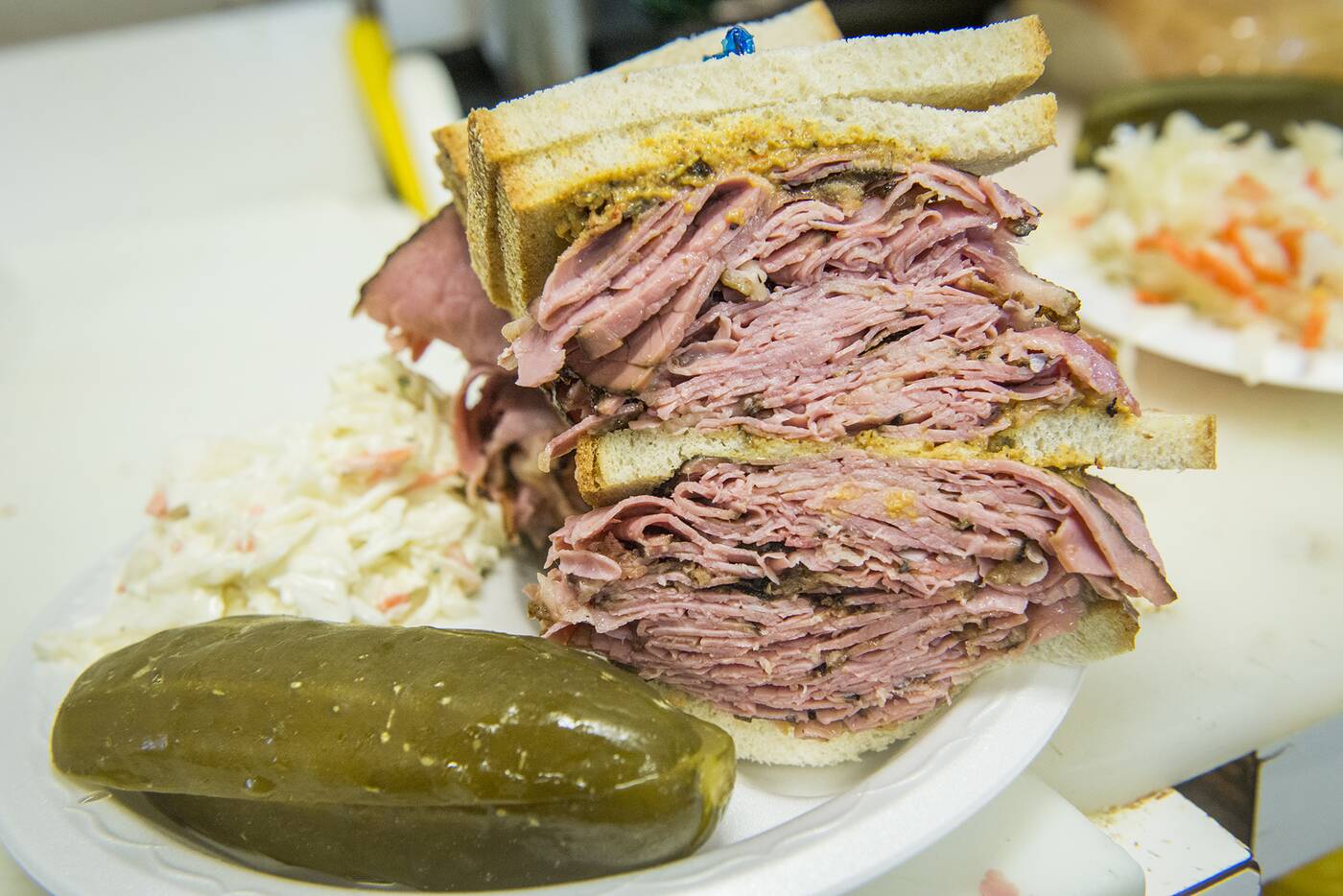 Montreal smoked meat is absolutely killer, a salty, rich mound of fatty, peppery meat that is mouthwateringly tender. If you love it as much as some customers, you can order a “Wolf Size” sandwich ($16.24), five pieces of bread holding down a double decker of meat. 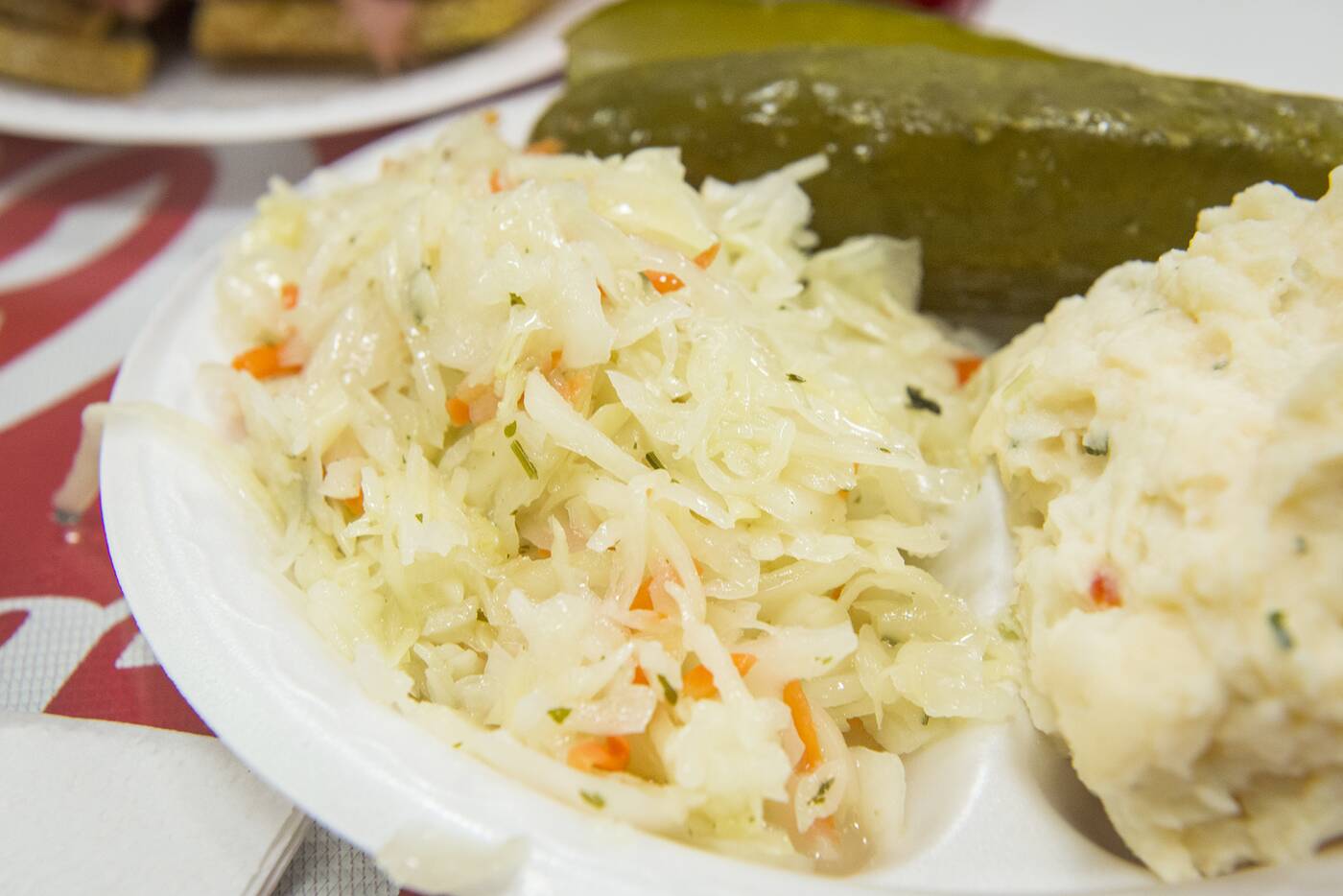 Though sides aren’t prepared here, mushy and mayonnaise-y cooling potato salad and vinegar-y coleslaw ($2.60 each) are essential accompaniments to these deli sandwiches, not to mention the huge spears of Tymek’s old fashioned barrel aged dill pickles. 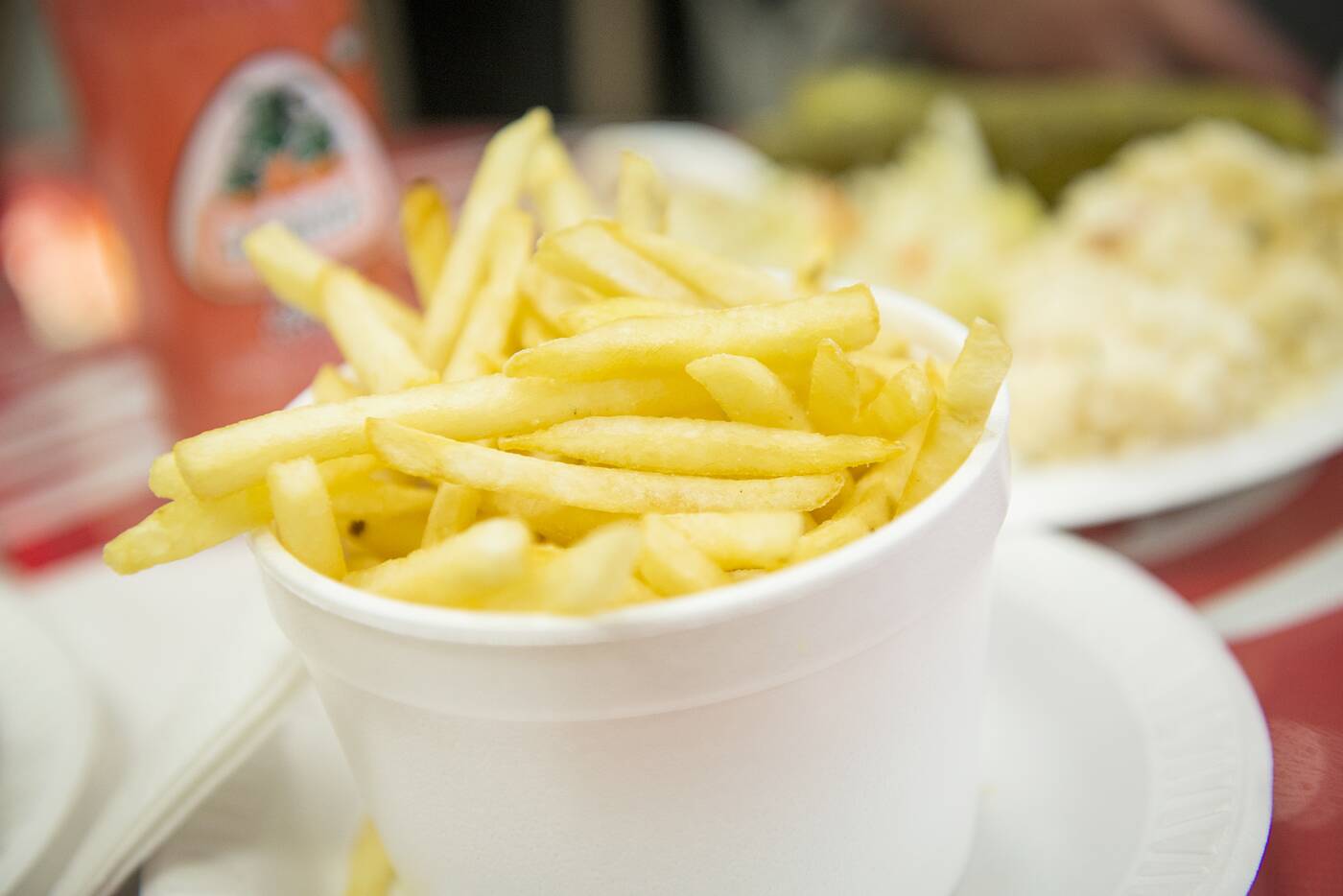 Dave says he can “download” us some fries ($4.50) in just a few minutes. Indeed, similarly humble shoestring potatoes come out fast. 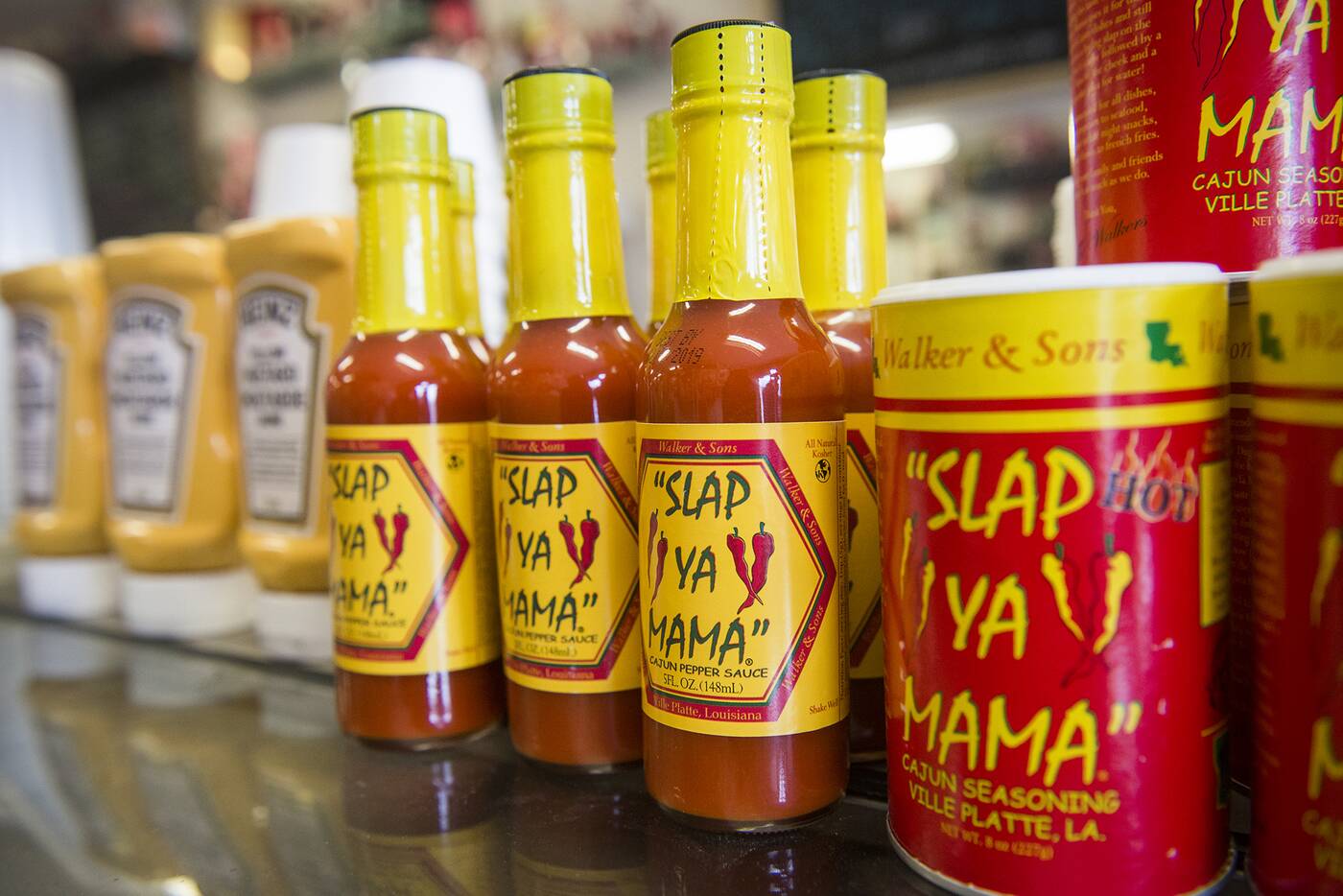 Light, crispy, just a little oily, and unfussy enough to be satisfying, hit those fries with a little of the available “Slap Ya Mama” spicy seasoning imported from New Orleans. 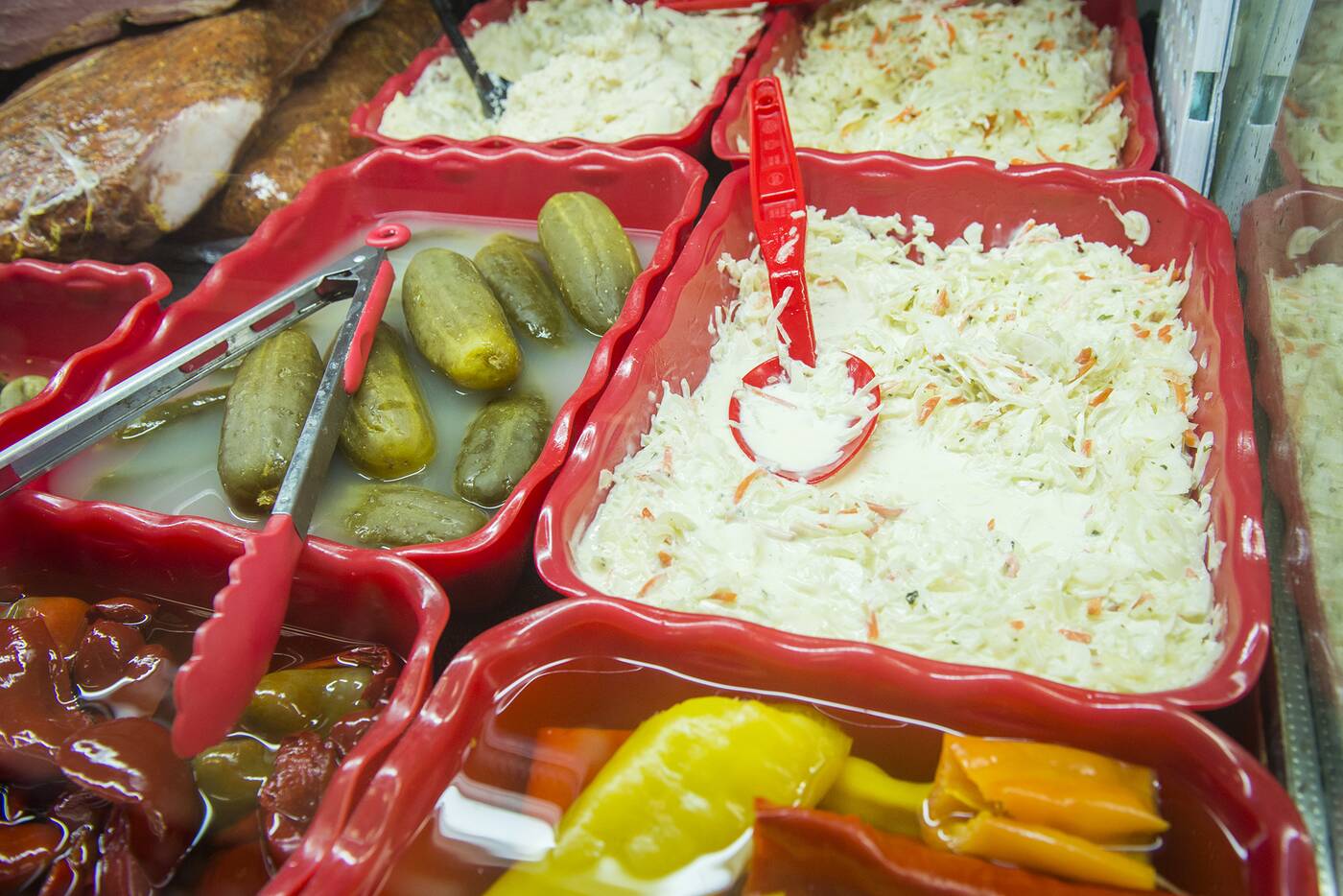 The deli counter dominates much of the front space. 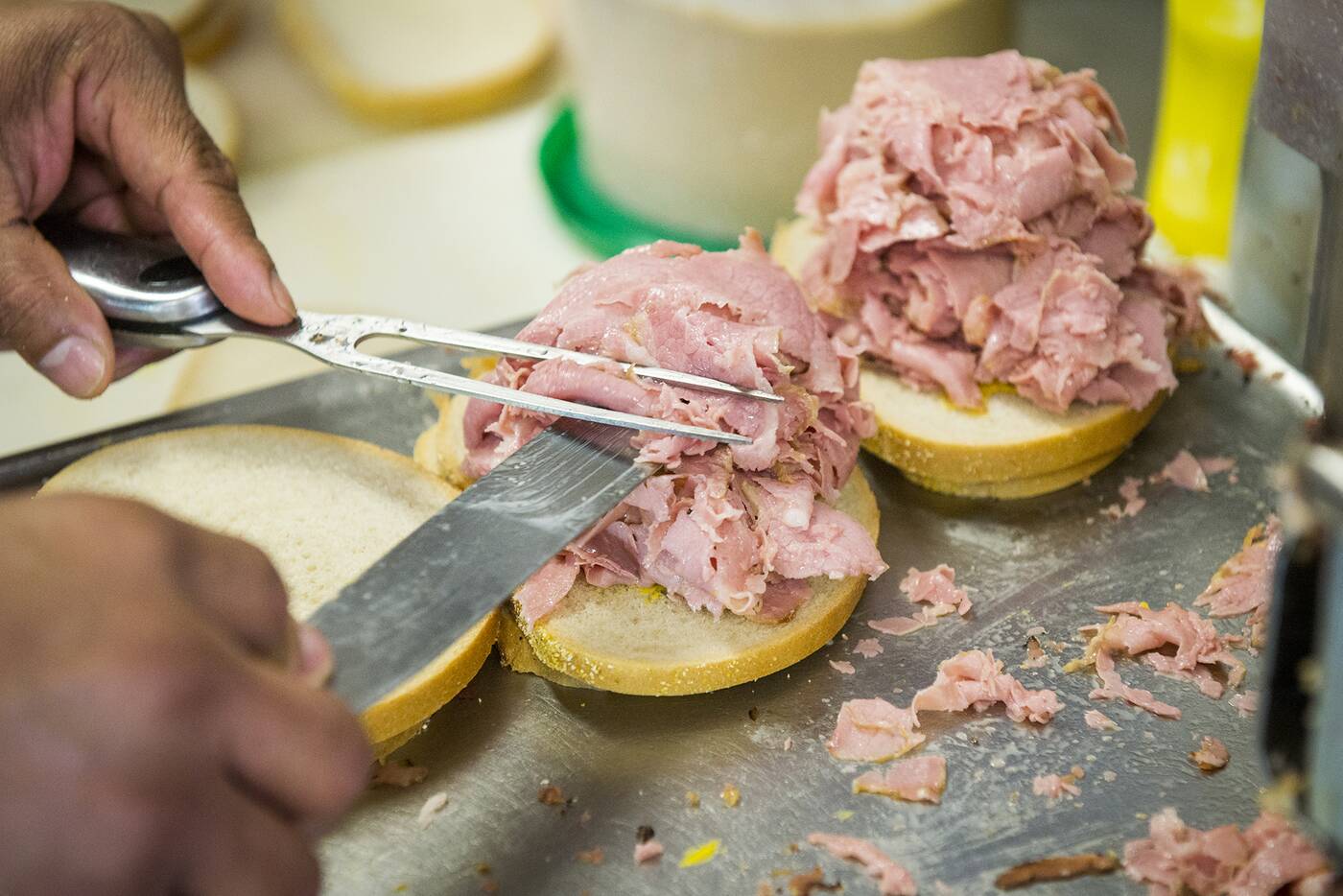 All meats are sliced and sandwiches are prepared just behind it. 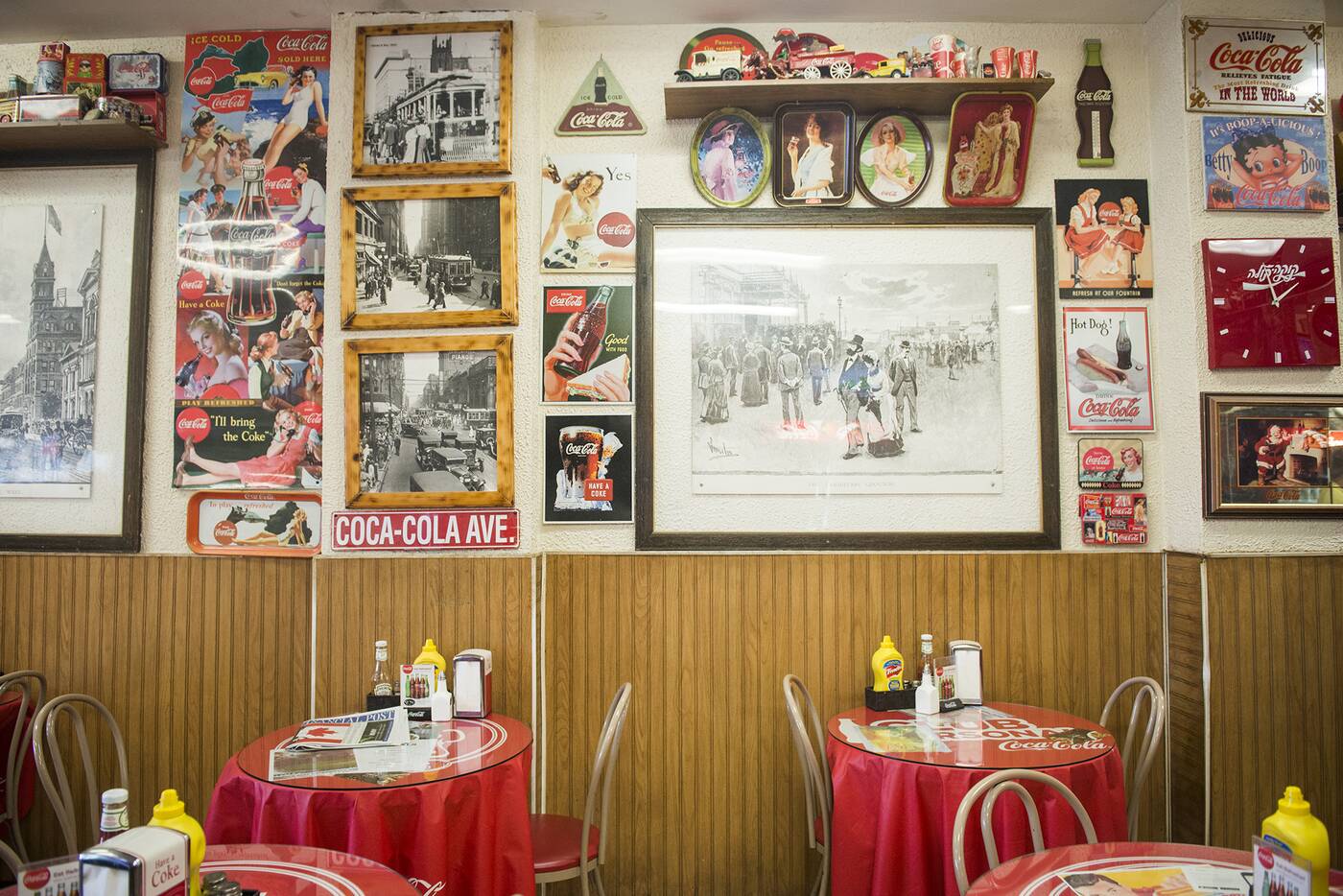 There’s a good amount of seating in here, with plastic-topped tables and vinyl padded chairs. 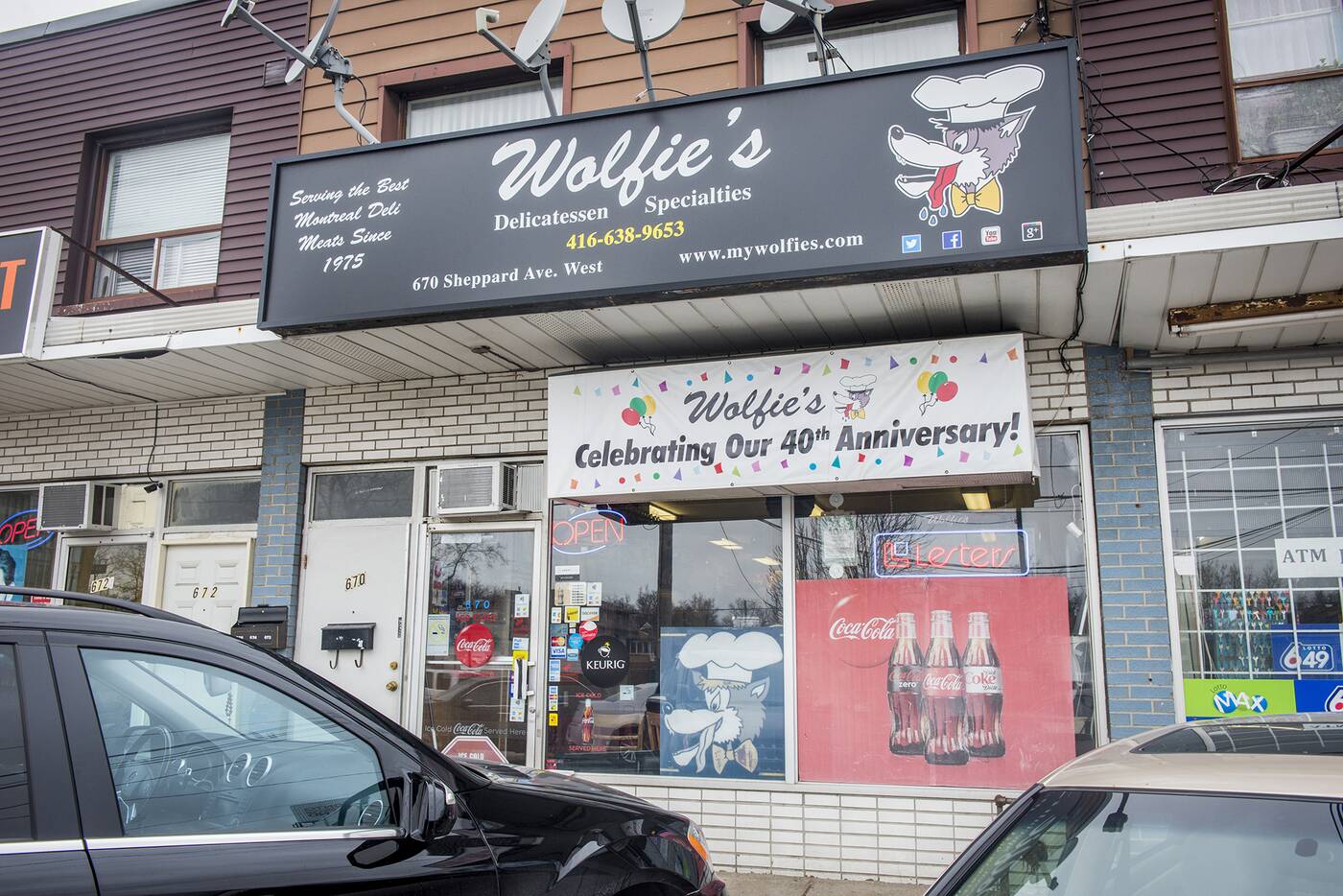