Rock'N Deli is a Montreal smoked meat chain with origins in Laval that stretch back to 1992.

There are now six locations in Quebec, but this is their first in Toronto, and more are on the way. 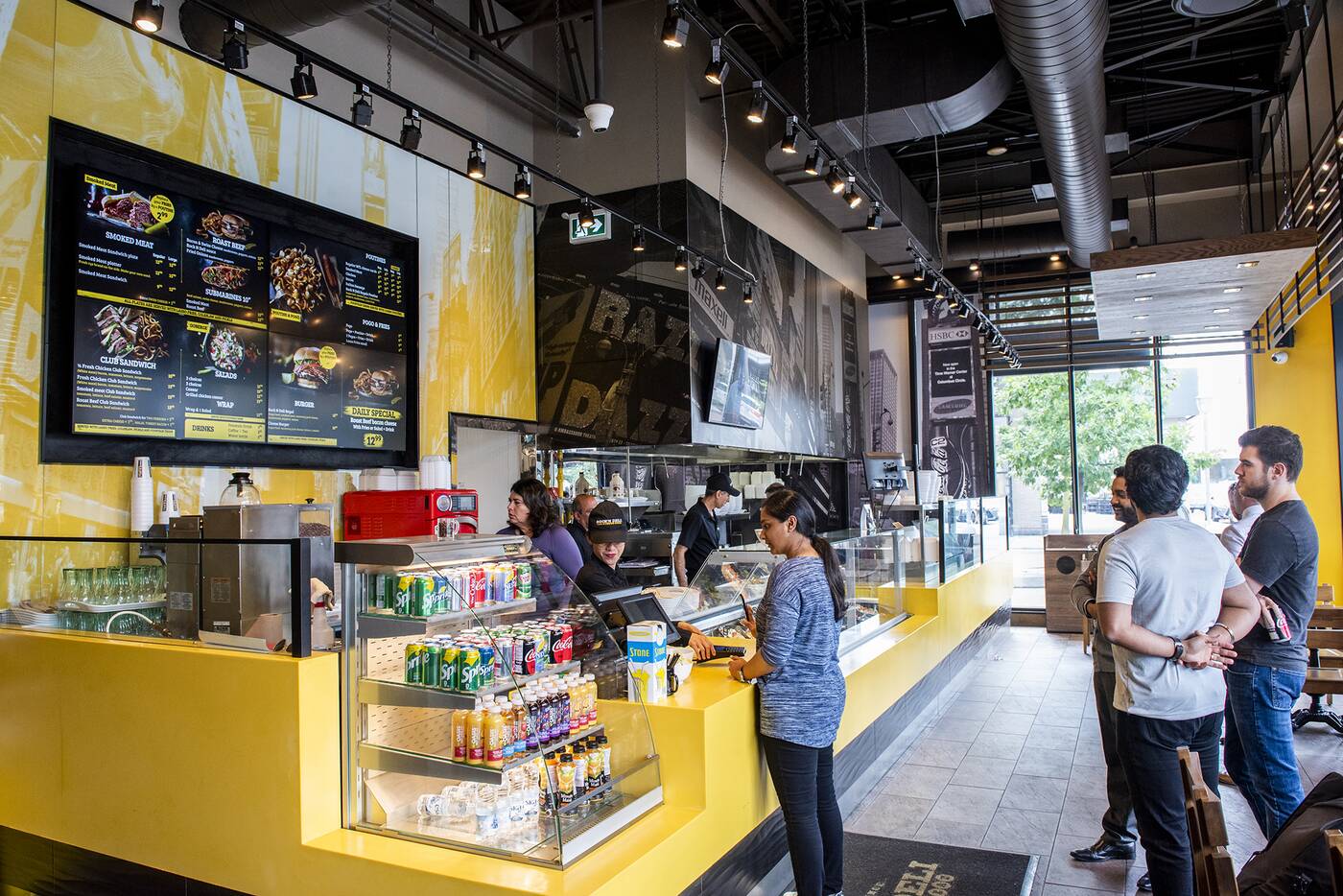 The casual space with a capacity of 35 is done up in the company's black and yellow colour scheme, meat slicing and salads on full display. 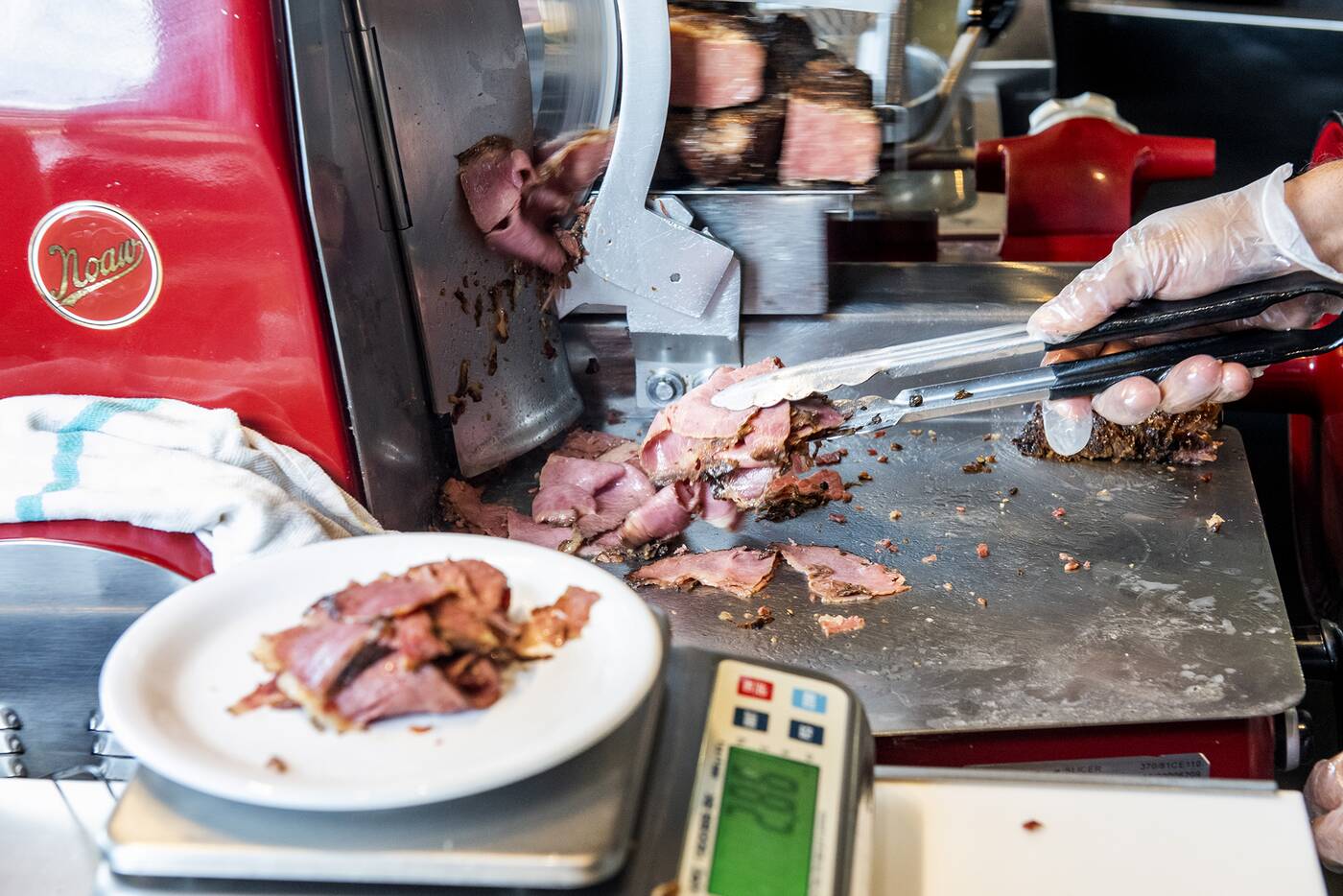 Smoked meat has been made using the same family recipe since 1992, brisket cut from the choice part of the lower breast of the cow, so that even the leanest part of the meat is extremely tender. 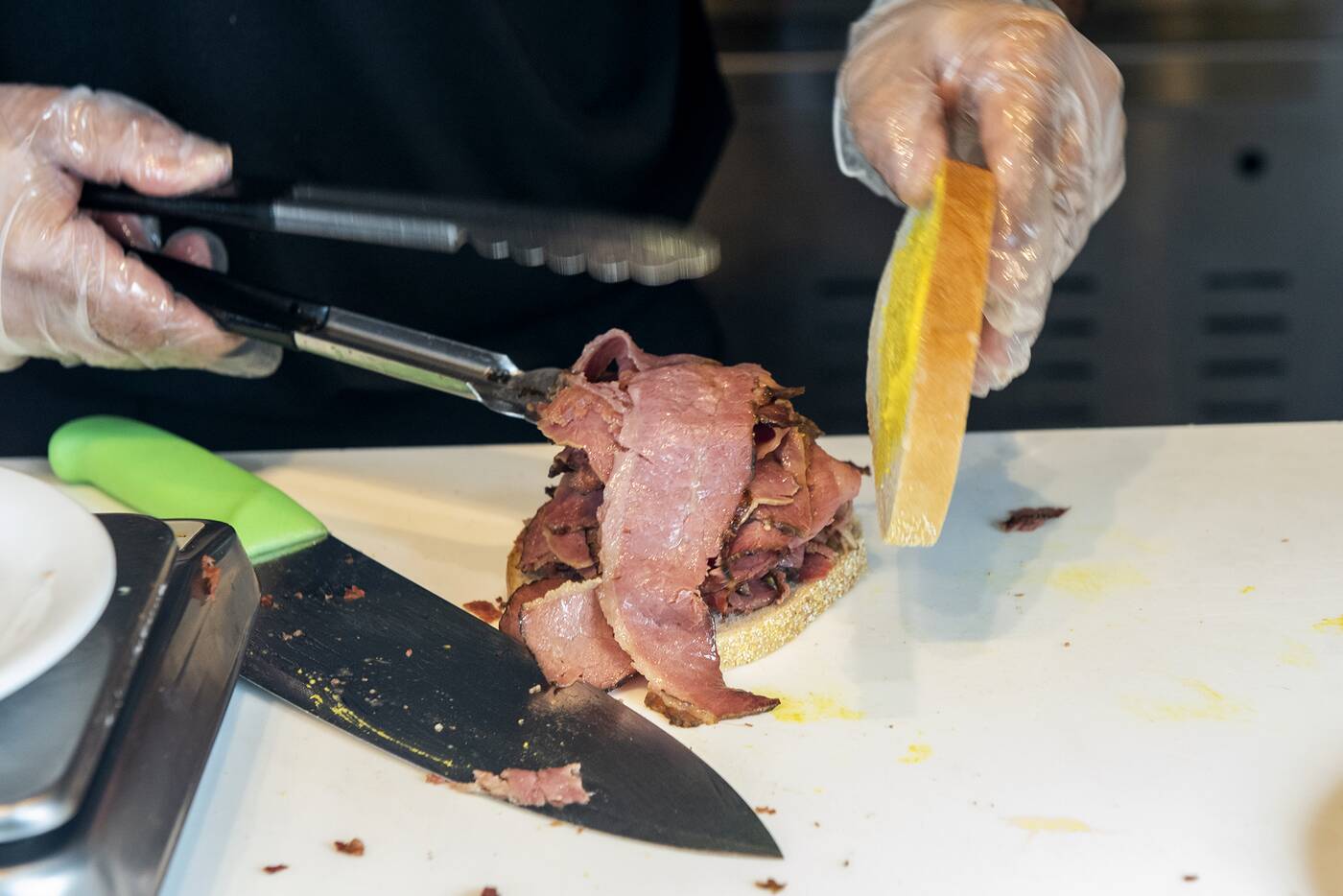 A supplier now produces the recipe in Quebec, the smoked meat imported to Toronto and steamed here. 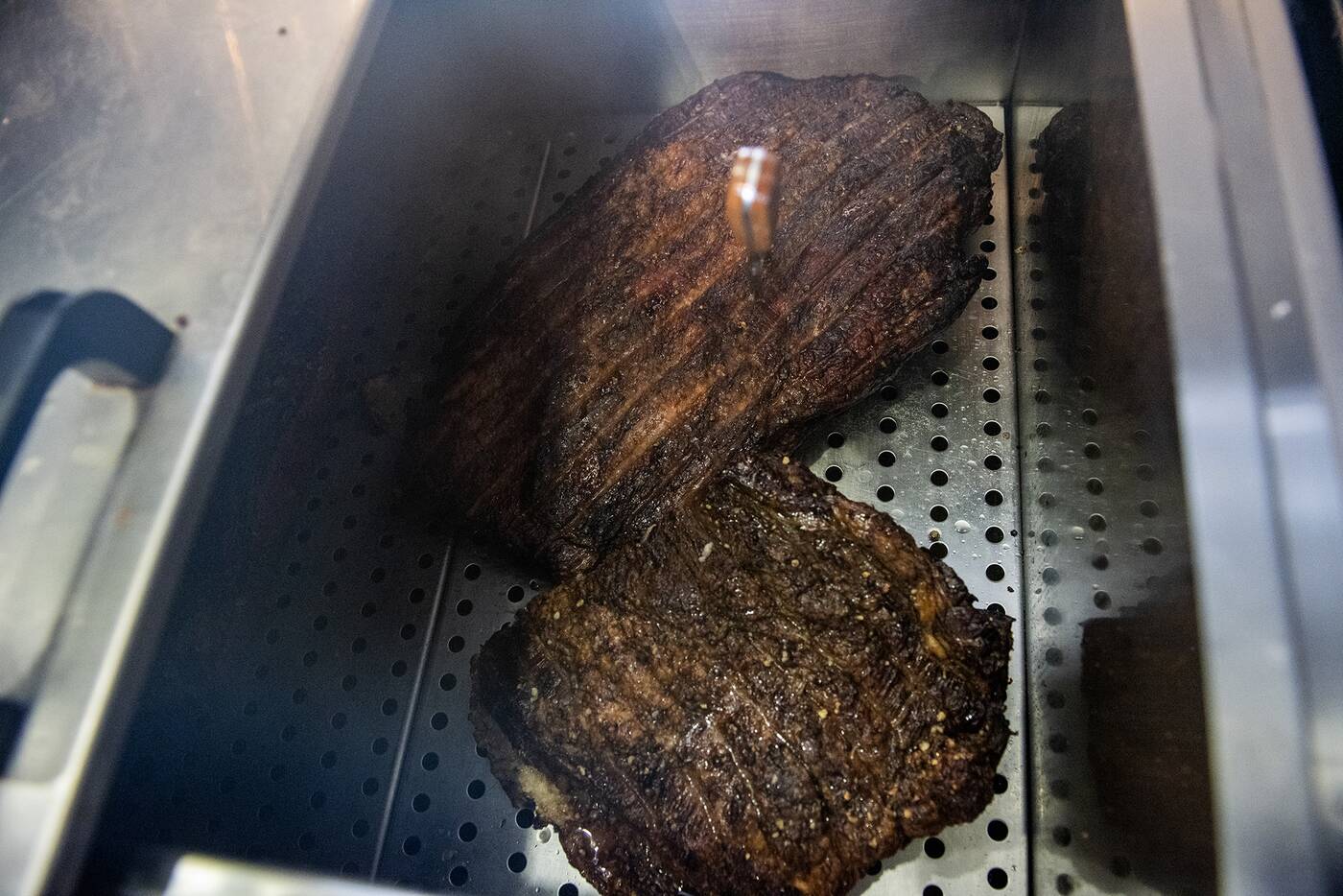 The best part is, all smoked meat here is halal. 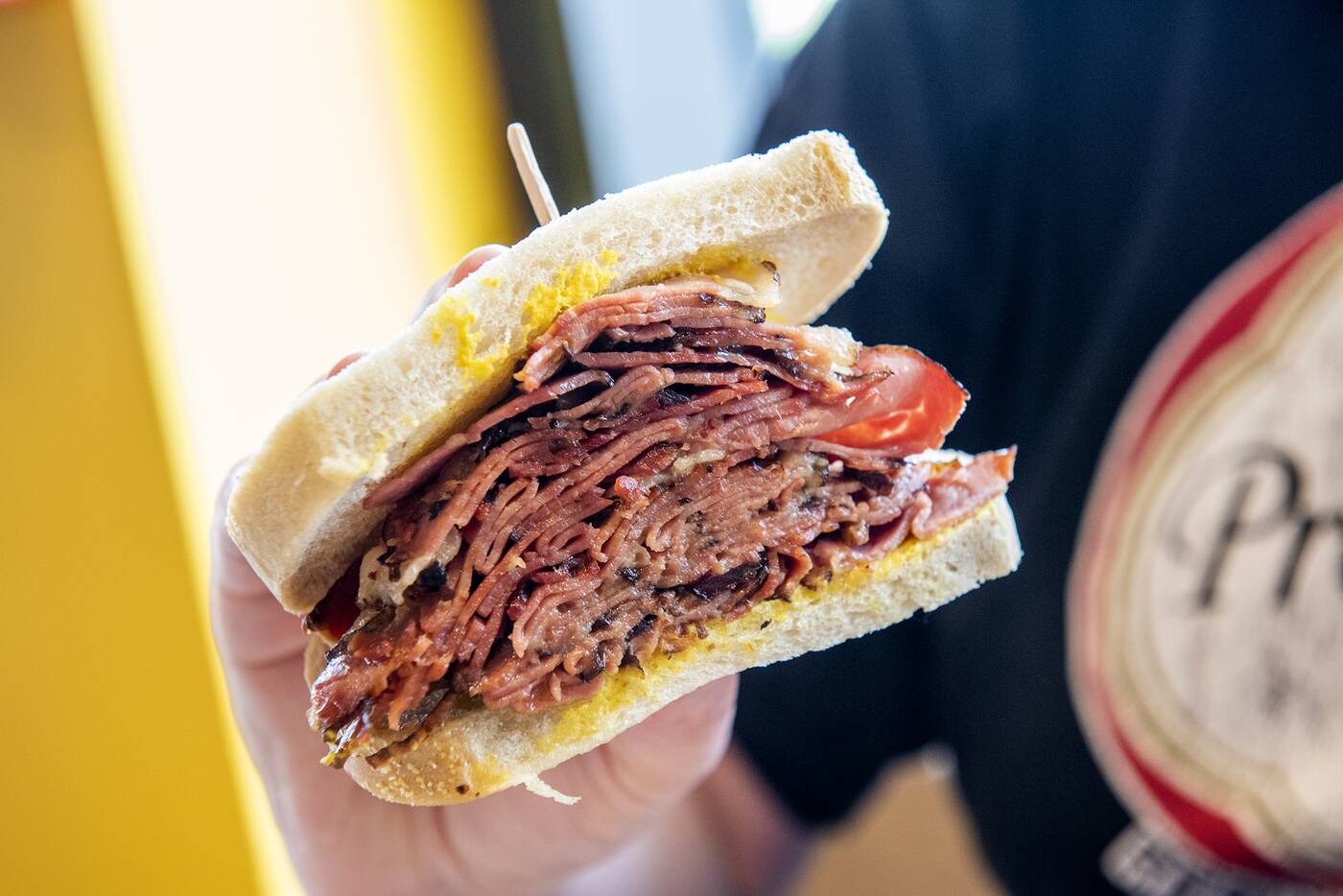 A smoked meat sandwich plate goes for $15.99 for a large eight-ounce portion.

Served on local Toronto rye with zinging mustard on both sides that cuts through the fattiness of the meat, it's indeed very moist even if you order it relatively lean, enough to soak the bread a little. 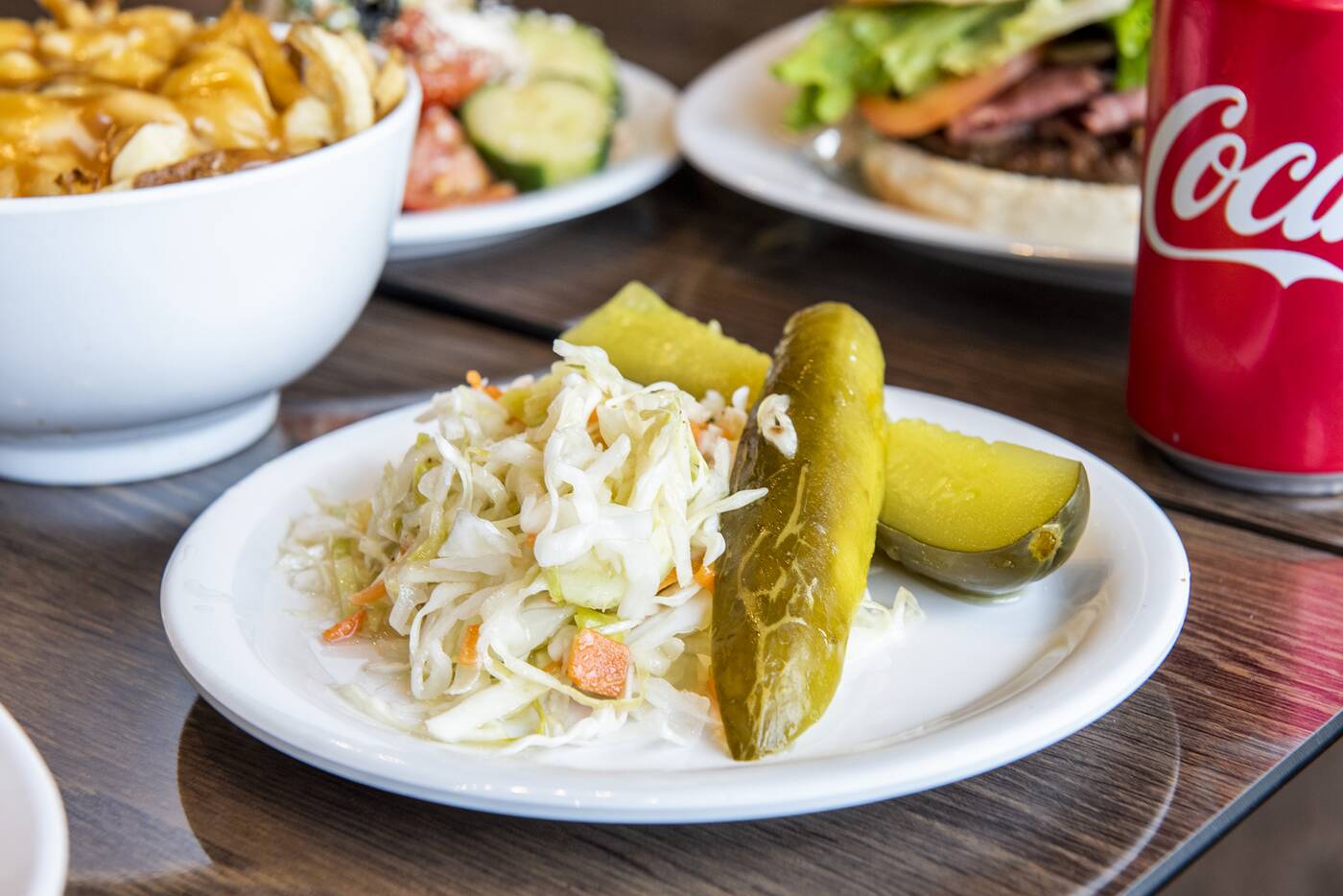 All plates are served with "lasso" fries, vinegary but crisp and sweet house slaw, and a crunchy, juicy Putter's kosher dill pickle. 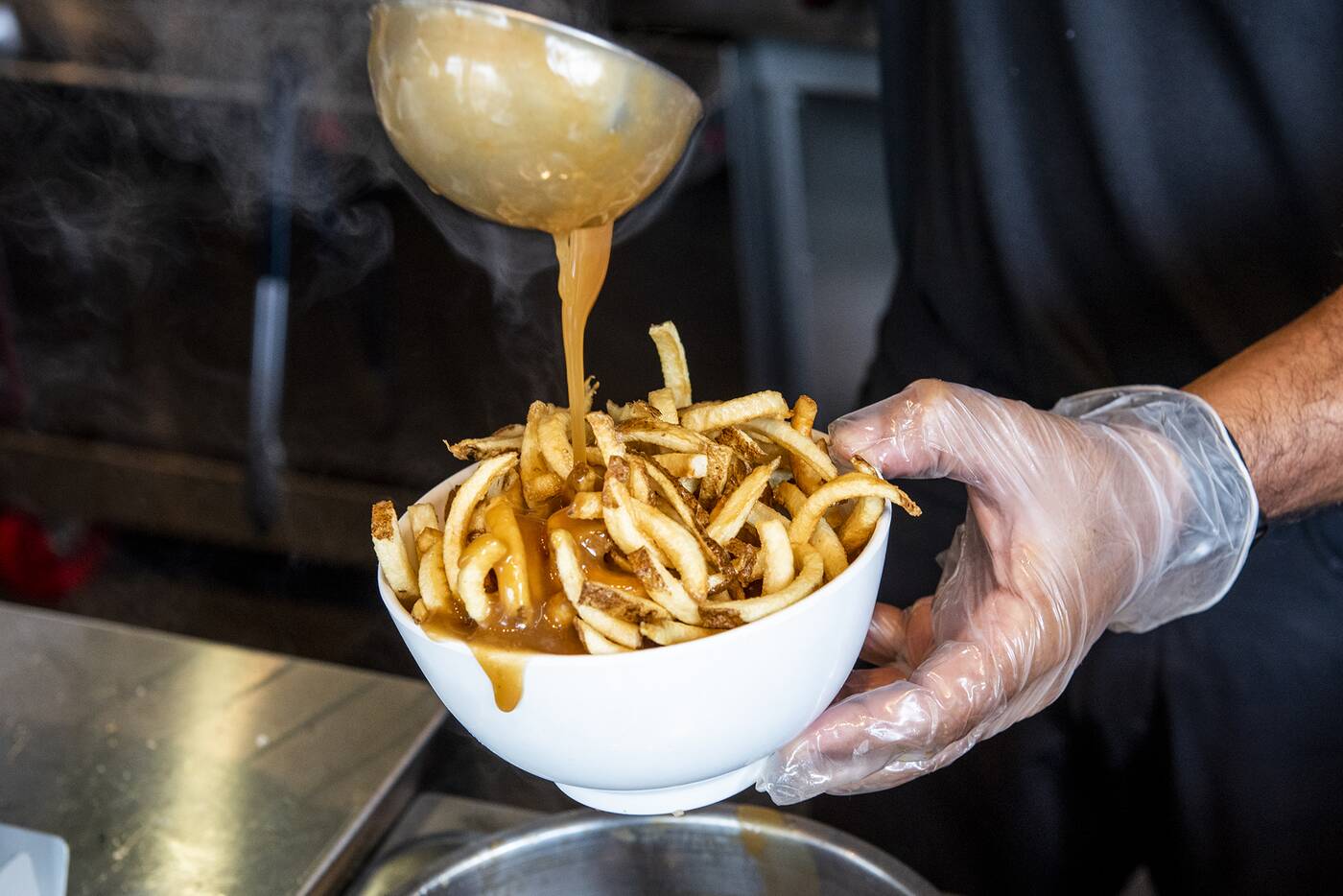 "Lasso" curly fries are all made fresh here, and though they could use a little seasoning, they're helped out by tiny cups of ketchup, and I kind of couldn't care less since they incorporate them into curly fry poutine. 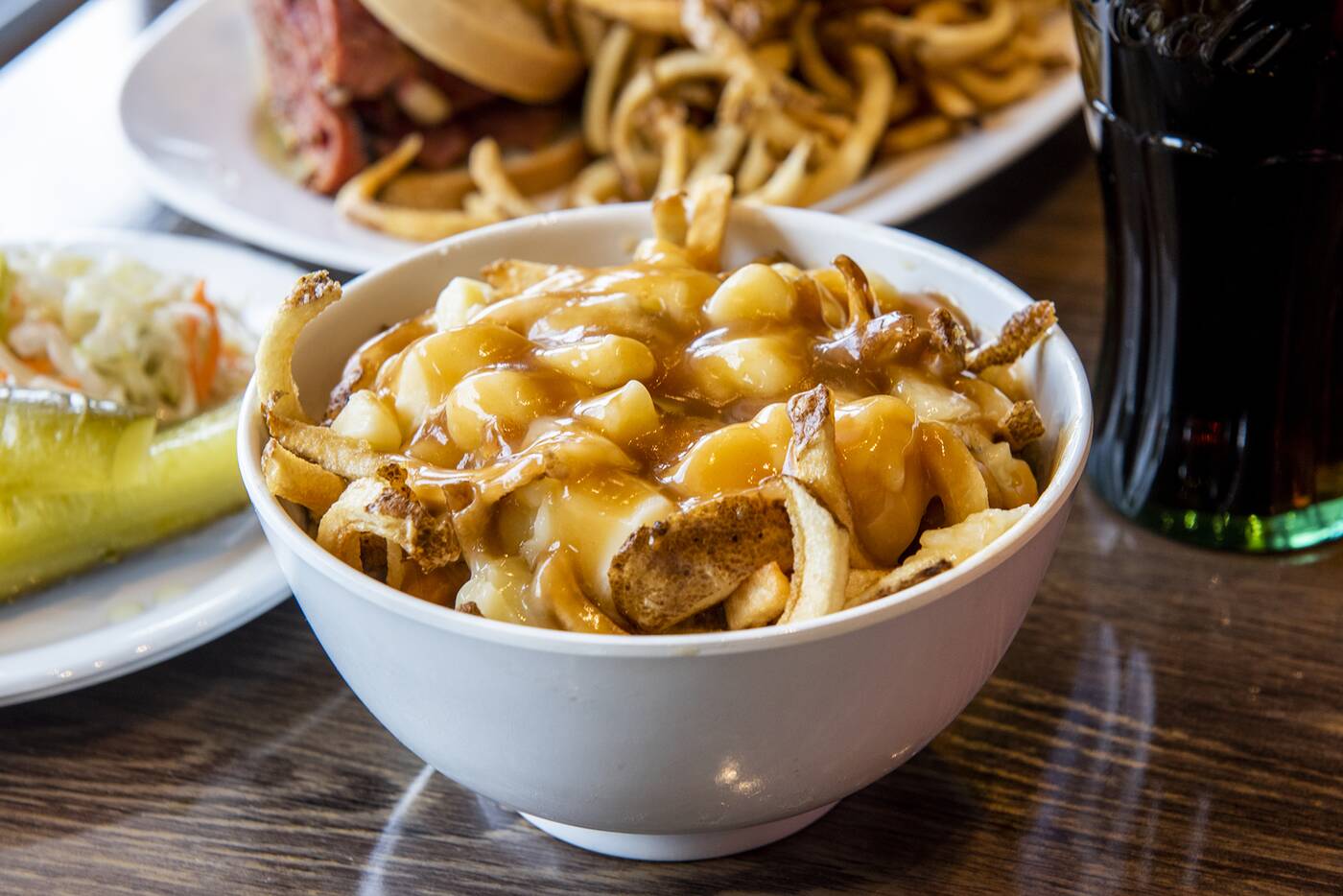 Poutine starts at $6.99 for a regular size topped with stretchy nuggets of Montreal cheese curds and a satisfyingly peppery, flavourful veggie gravy. 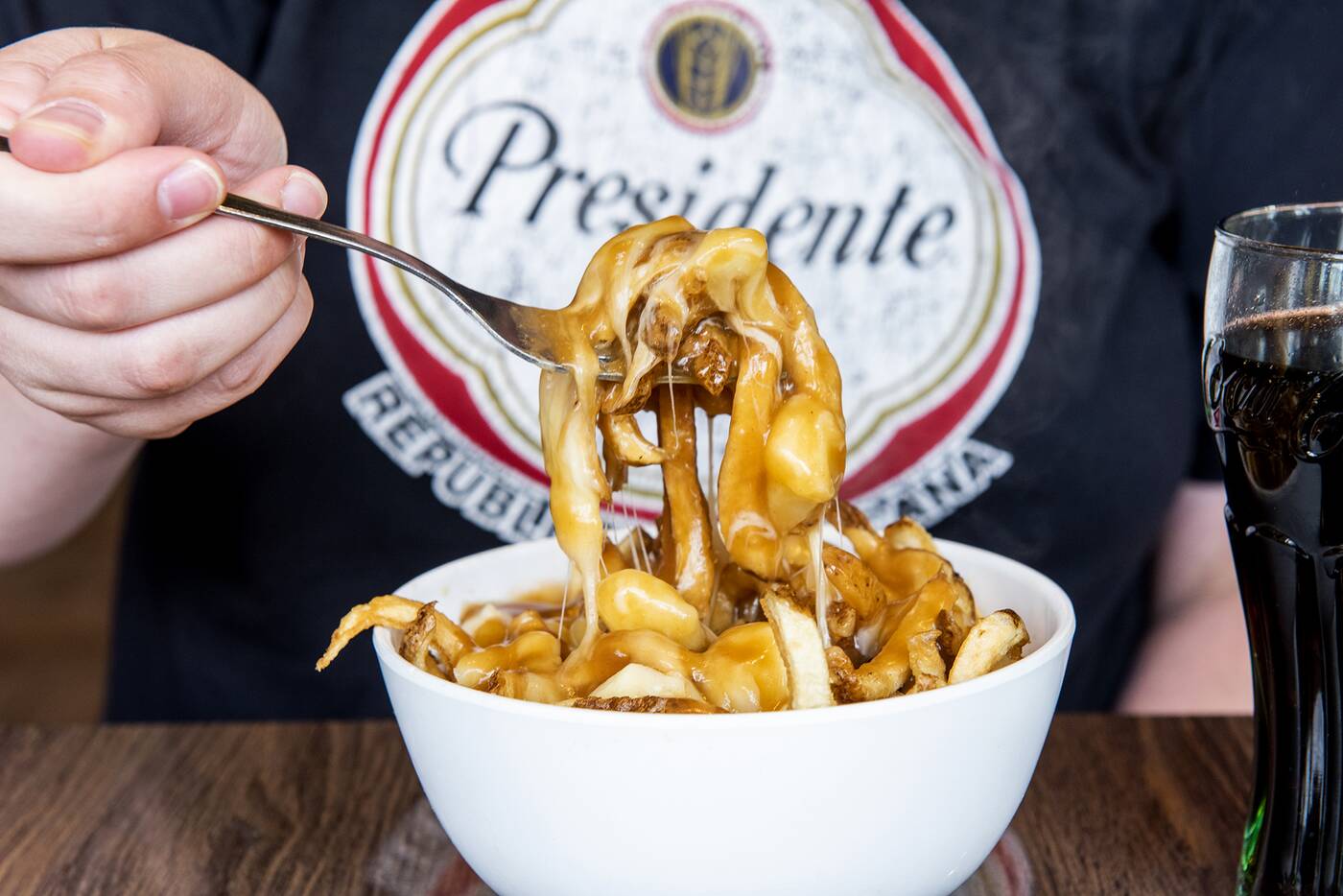 You can also getting poutine topped with chicken, bacon, Italian sausage or smoked meat. 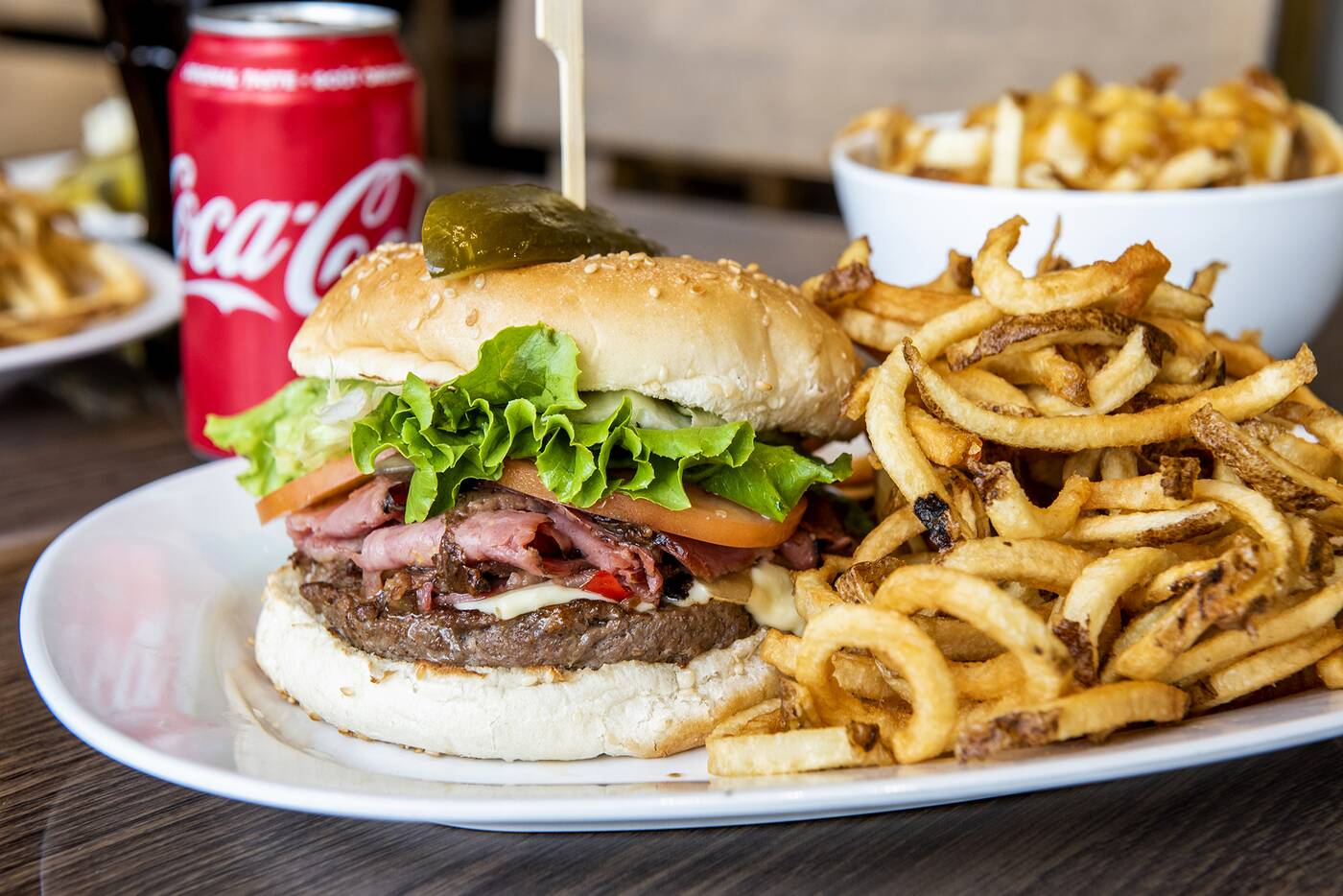 The Rock'N Deli Royal Burger ($12.99) incorporates smoked meat into an Angus beef patty, but it's really the slices of smoked meat on top that give it a kick. 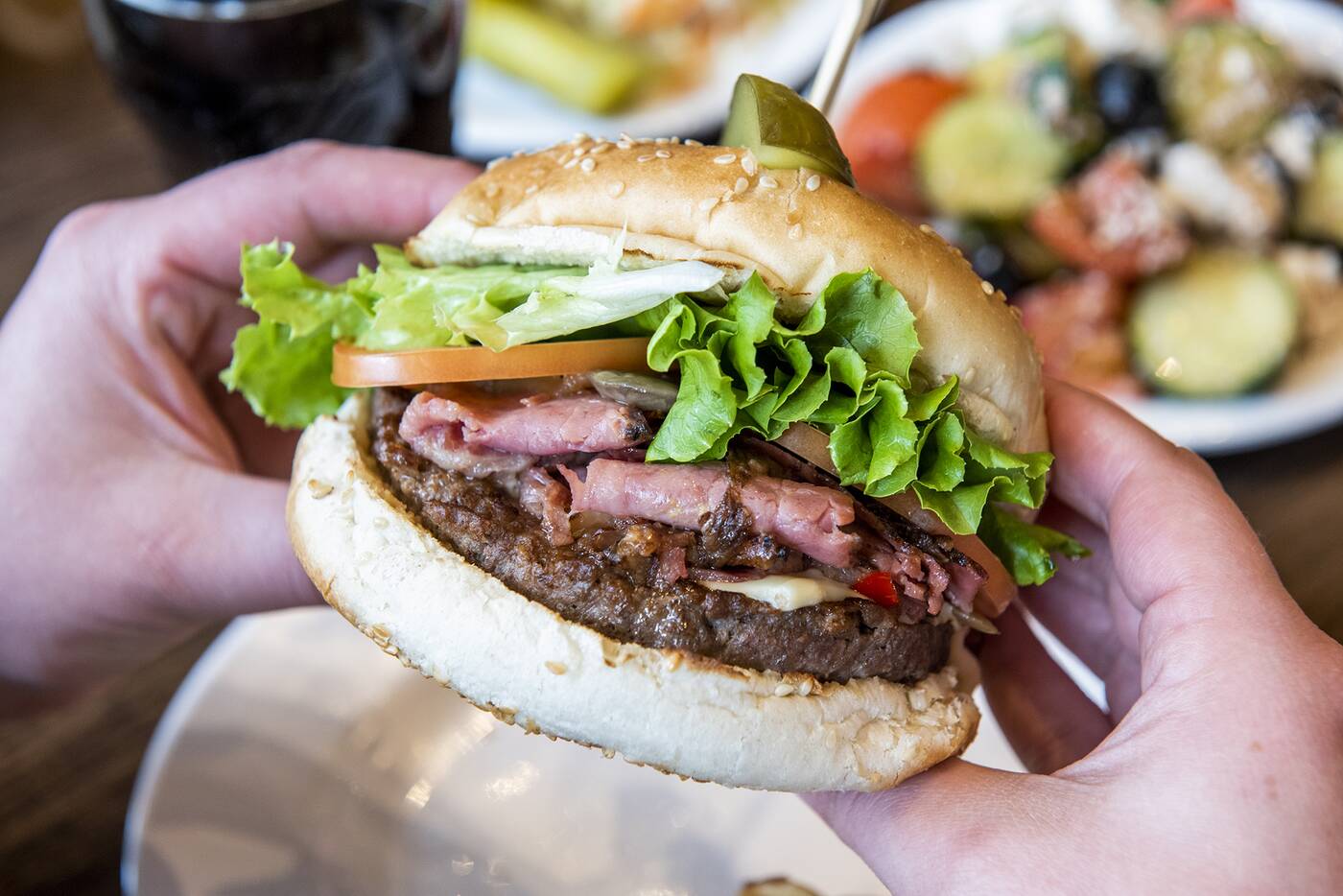 It's a pretty average burger overall, but extra touches like the meat plus mushrooms, peppers, onions and Swiss make it a little more special. On a soft sesame bun, of course it's served with lasso fries and coleslaw, and topped with a pickle spear. 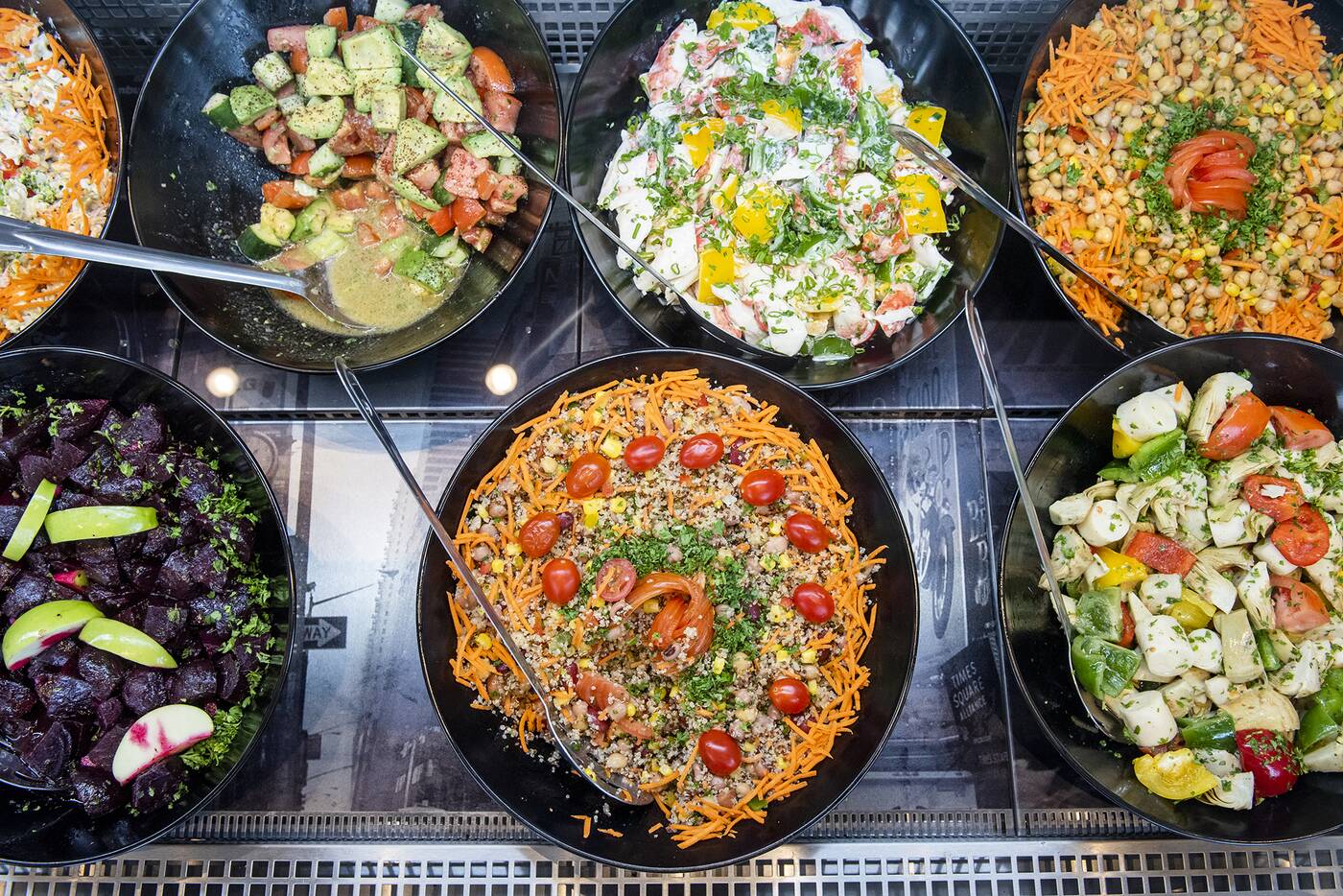 Unique for a deli, there's a salad bar with 11 choices here including crab, beet and chickpea varieties, which can be paired with wraps or subbed in for fries with sandwiches for a healthy addition to a meaty, fatty meal. 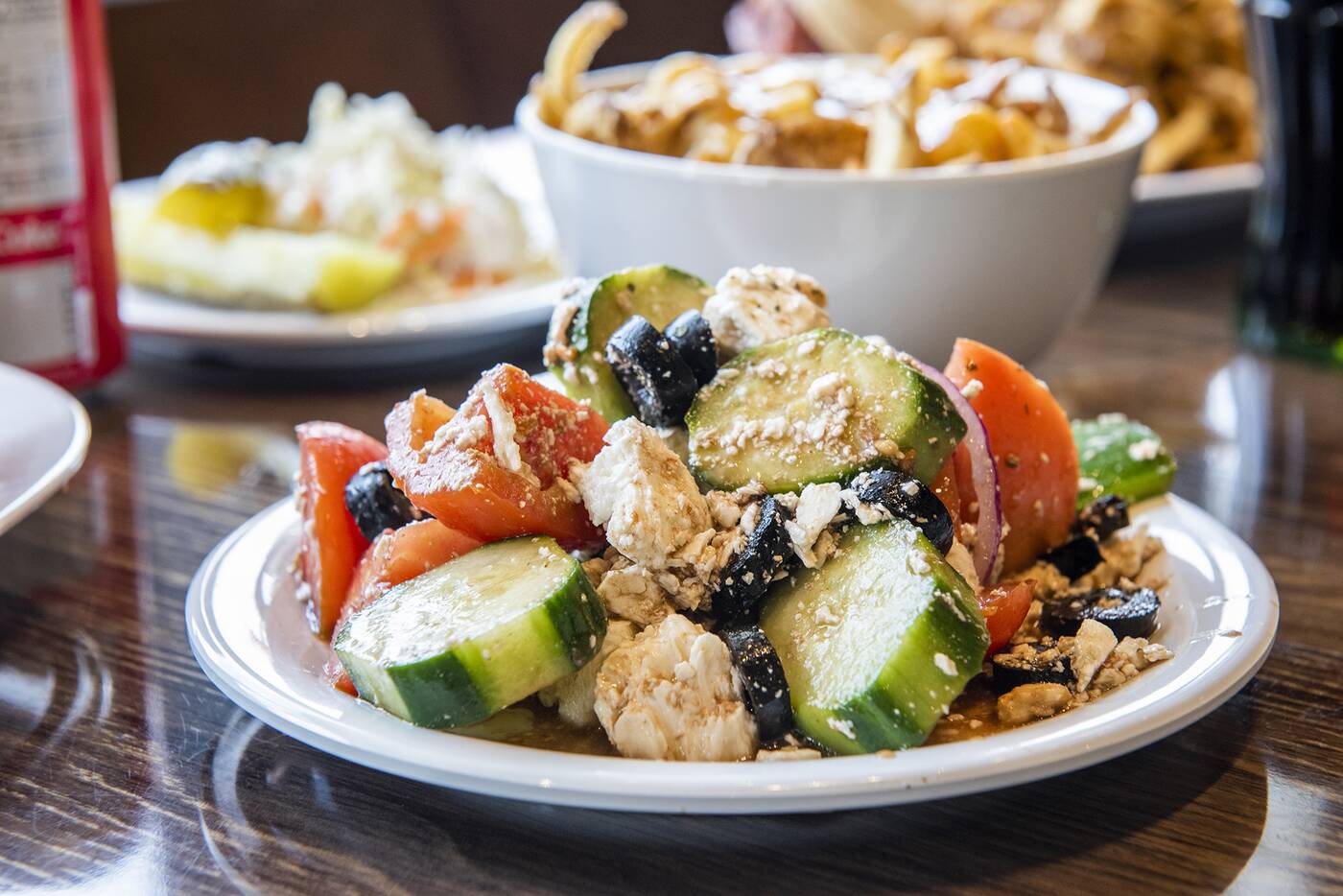 Pair two salads on their own for $11.99, perhaps opting for a simple and tangy Greek salad with tomato, cucumber, feta, olives, olive oil and balsamic. 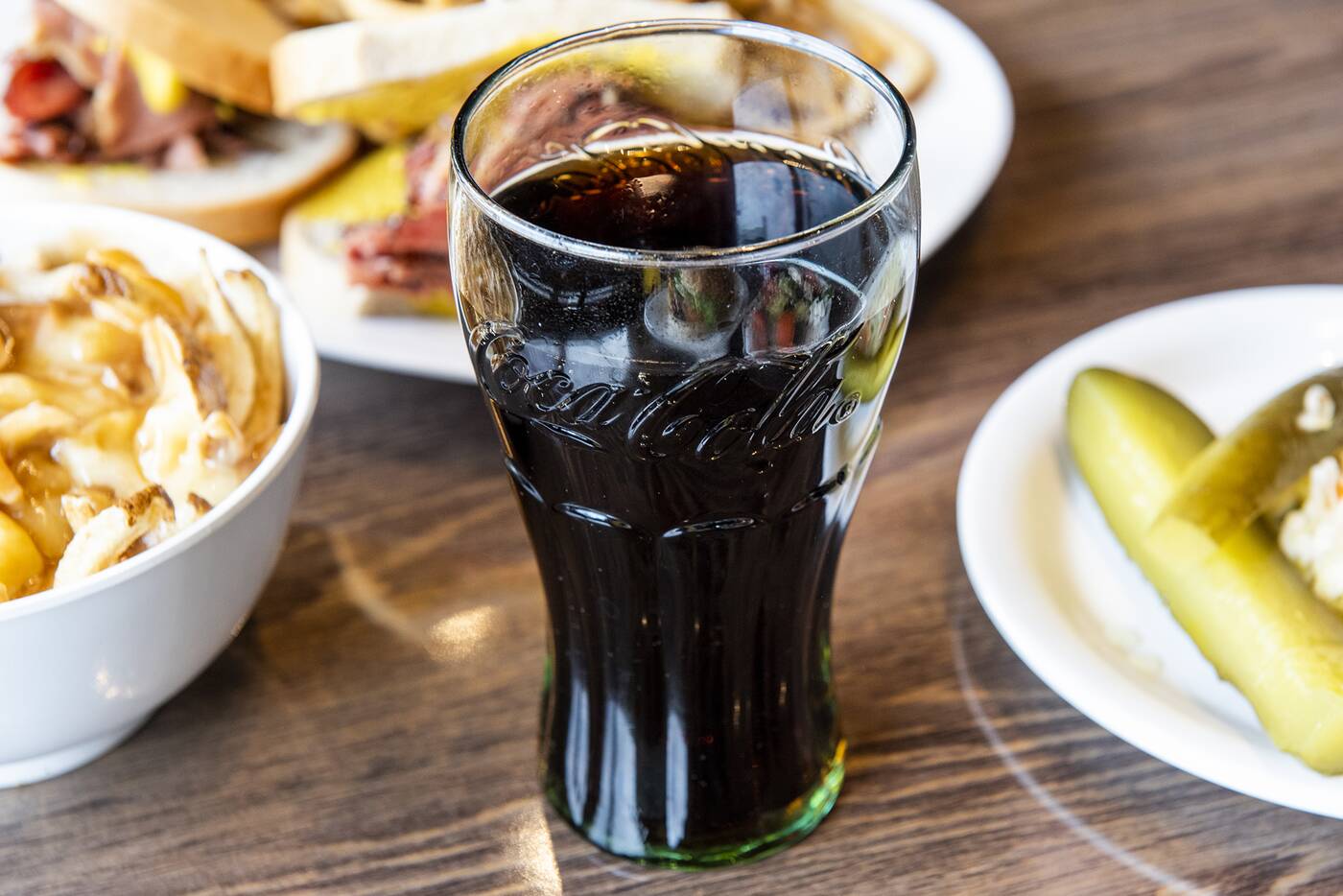 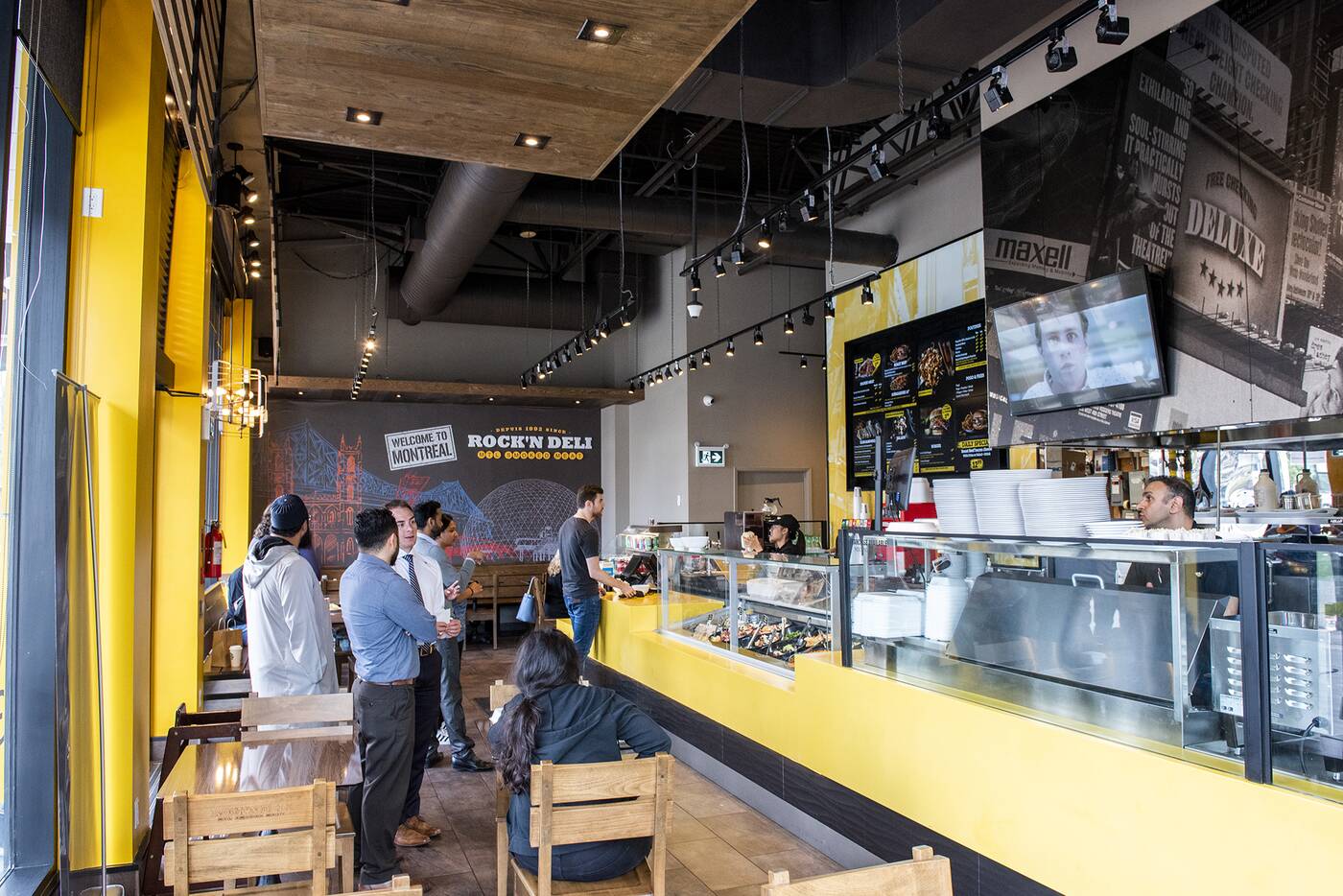 Rock'N Deli should also have a terrace, and a licence for serving beer. 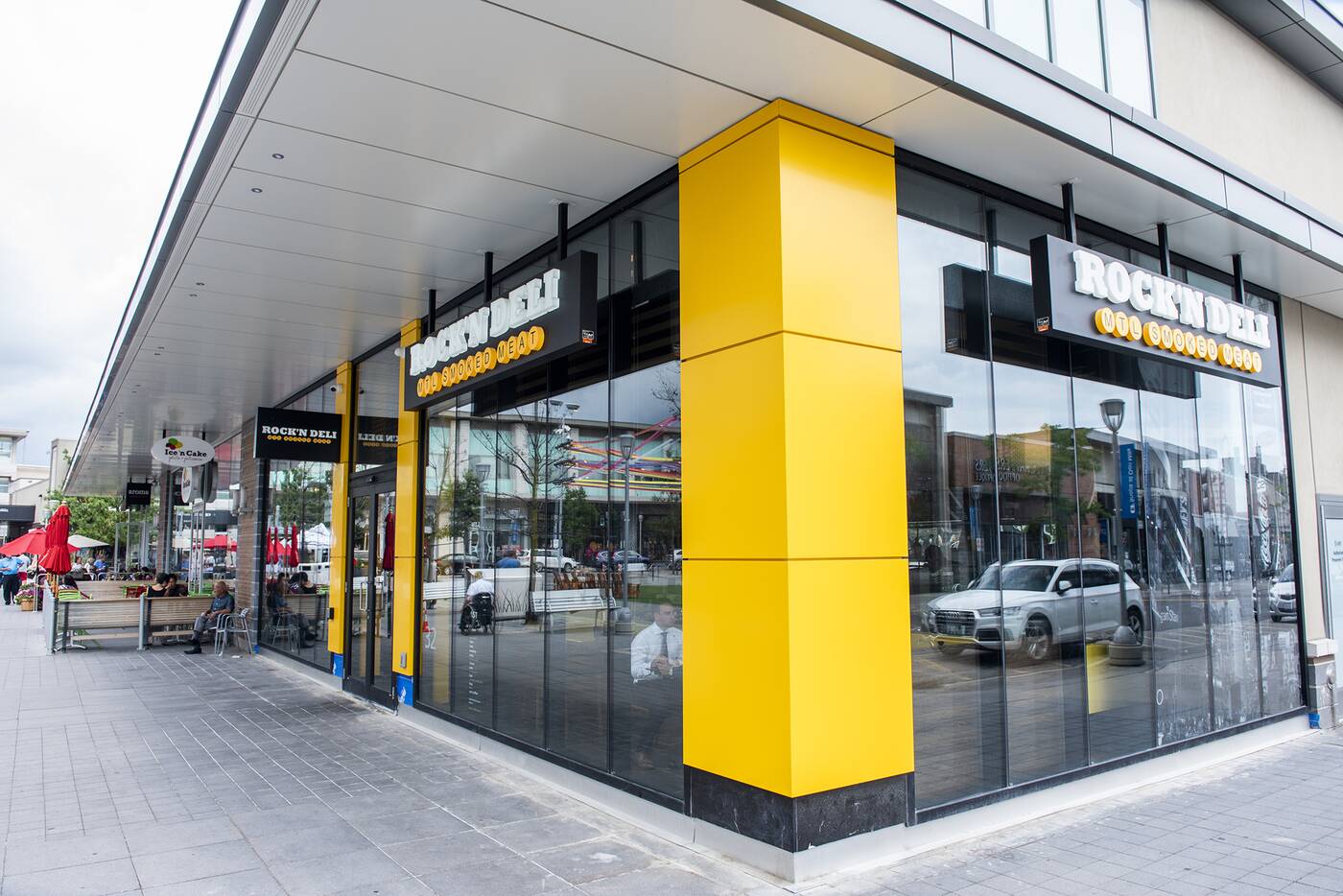