My Zaidy’s Bakery is one of the oldest Jewish bakeries in Toronto, whipping up challah, latkes, and their most popular treat: sufganiyot, a jelly donut traditionally eaten during Hanukkah.

Sitting in a plaza that houses other Jewish businesses like Kosher Sushi and the grocery store Taste of Israel, My Zaidy’s (which means my grandfather's in Yiddish) marks in important fixture in this little Jewish ecosystem operating off Chabad Gate. 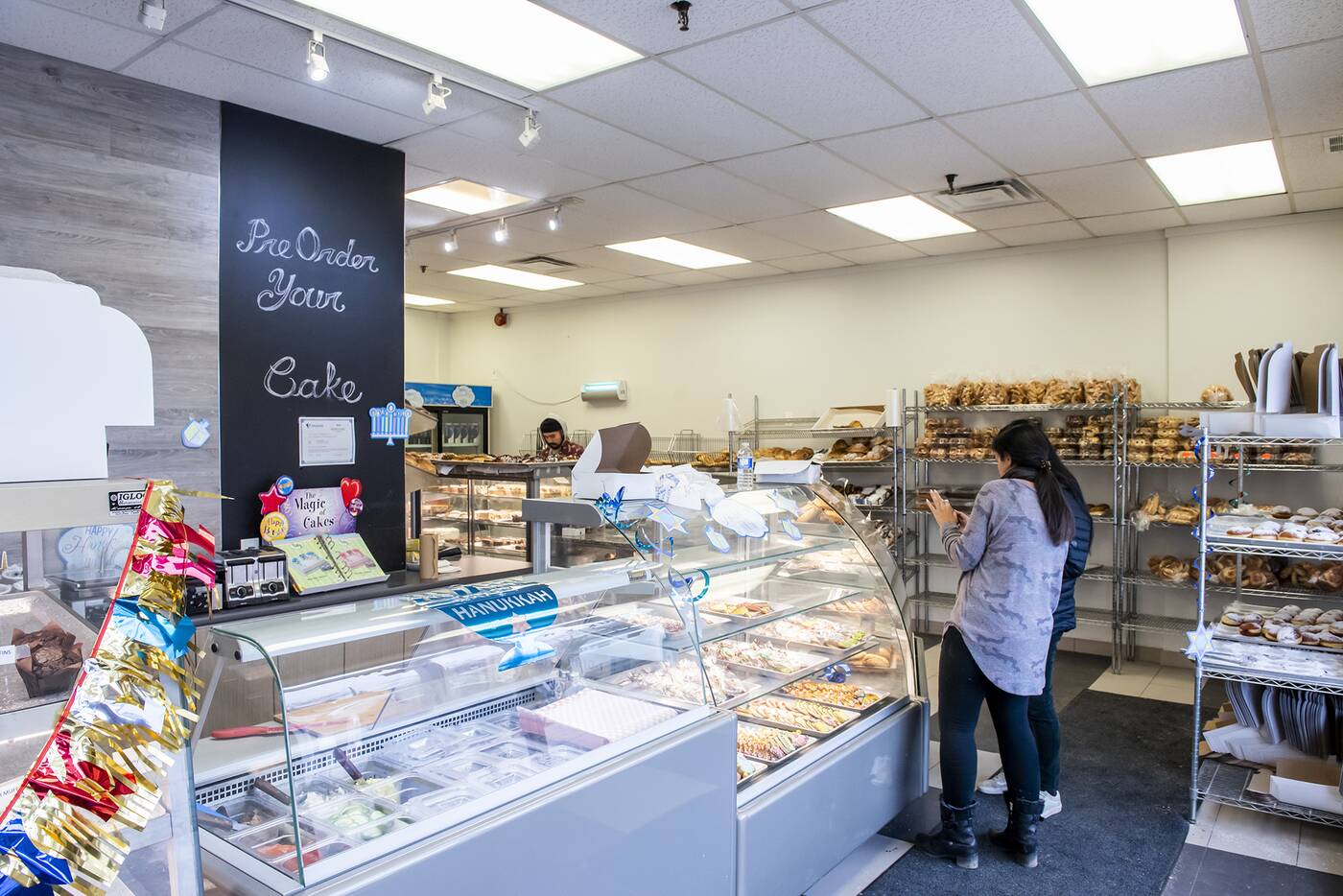 Owner Uzi Atia, a former professional soccer player from Israel, first migrated to Canada in 1982 and started working at the business back when it was My Zaidy’s Bagel at 356 Bathurst. 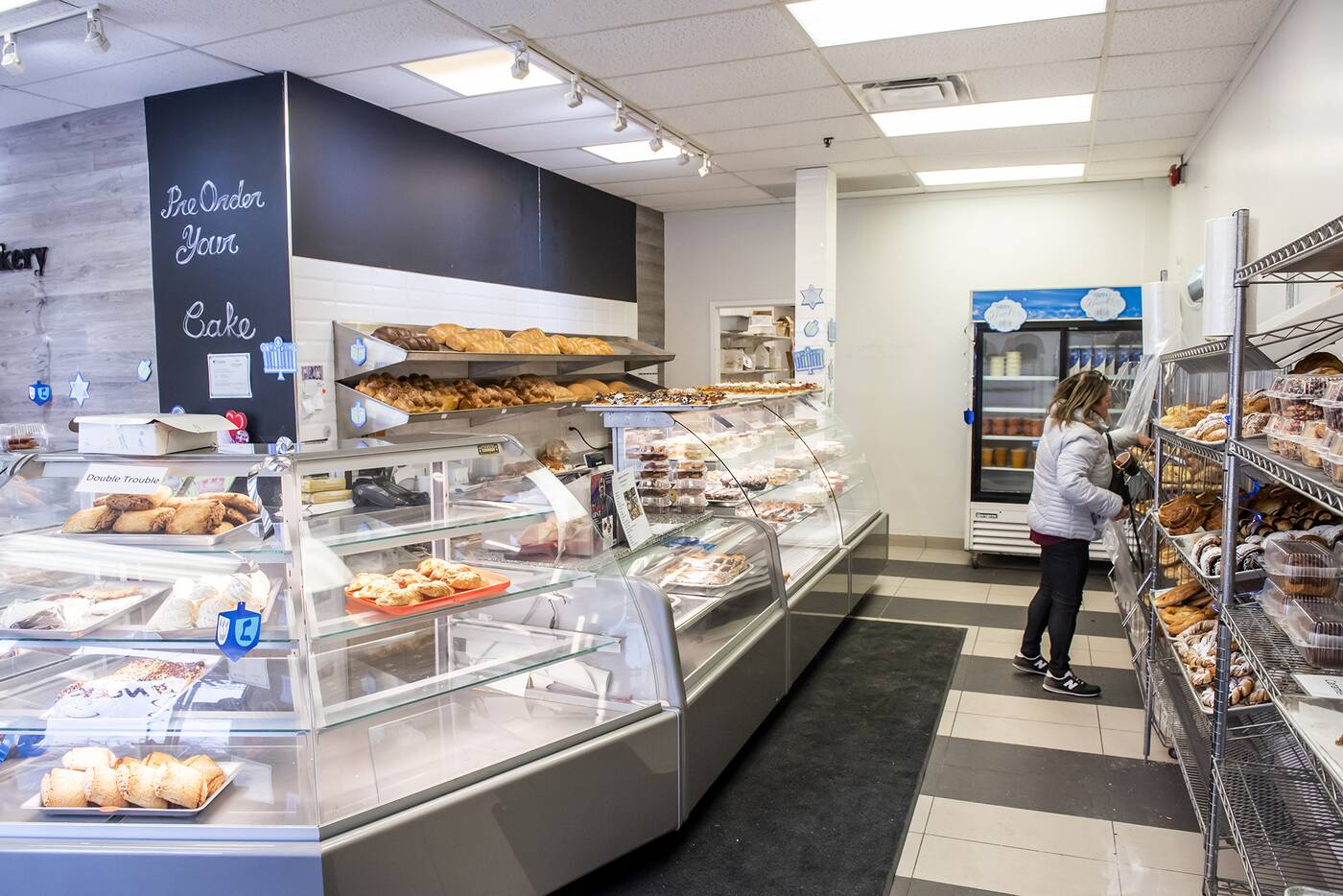 After expanding the menu from just bagels to other baked goods, My Zaidy’s eventually moved to its current location in the 1990's, with Uzi at the helm. 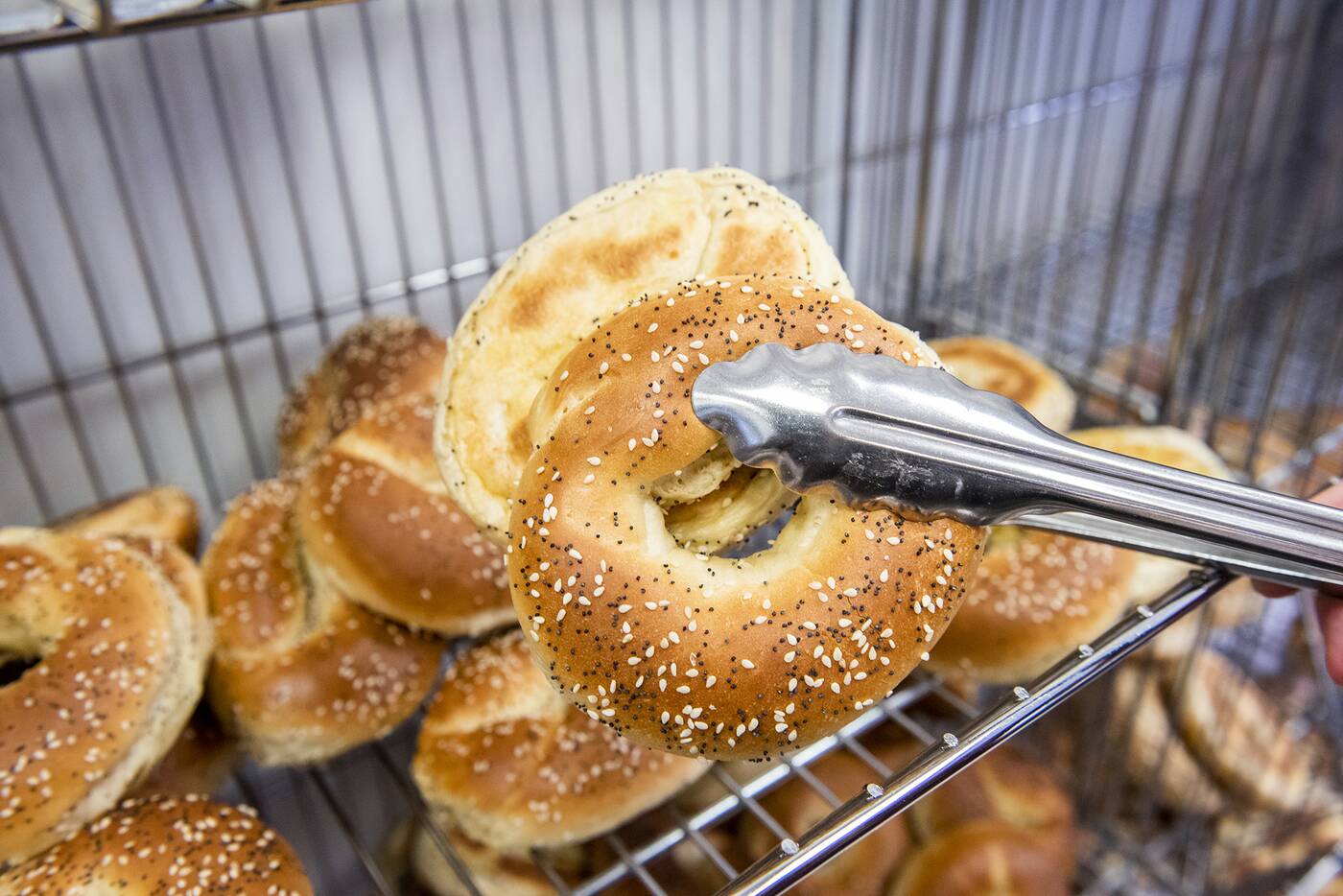 Three times bigger than the original bakery, this 4,000-square-foot bakery didn’t really reach citywide attention (outside of the Jewish community anyway) until about 2013. 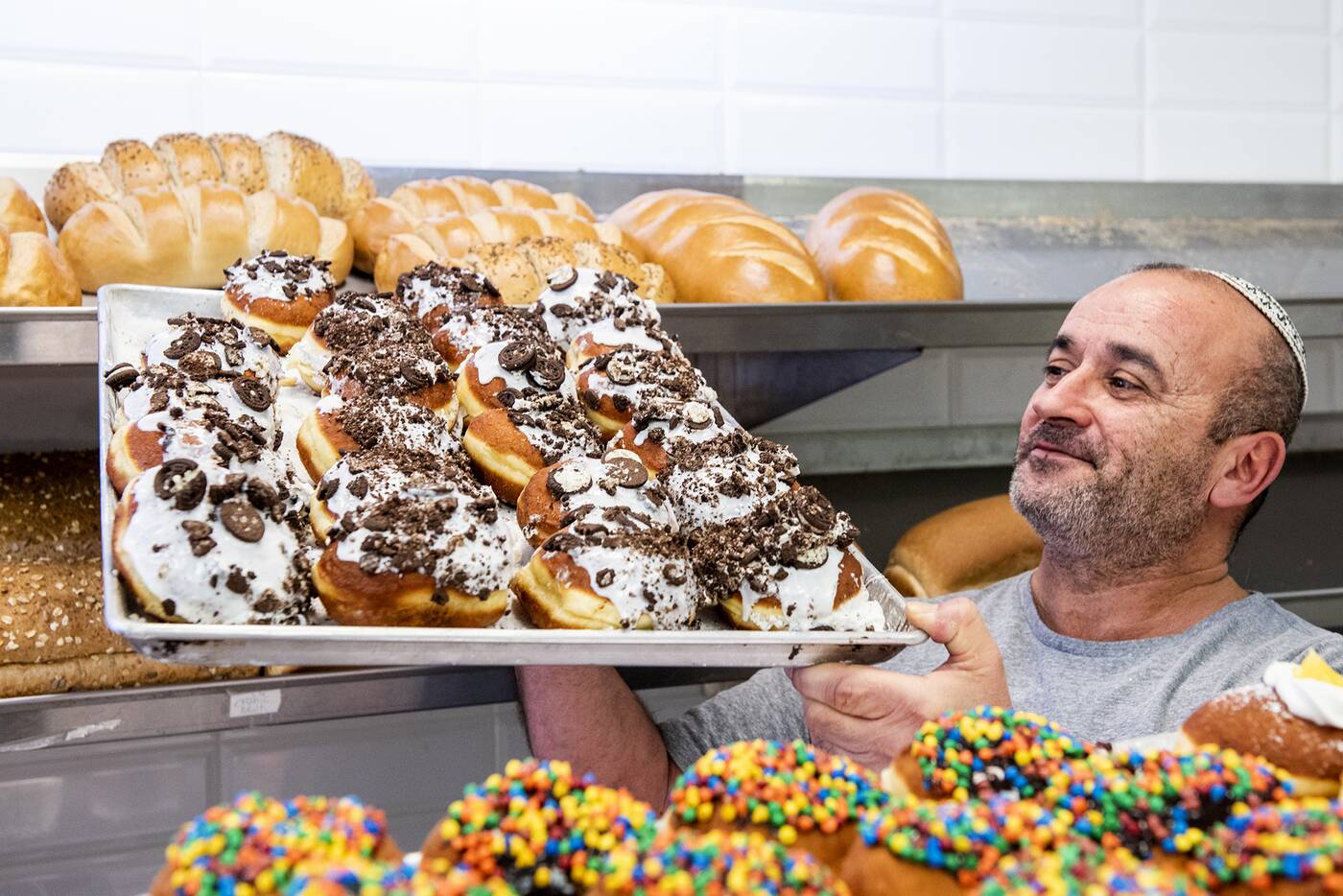 A revamped recipe of their sufganiyot, which had started off with just four main flavours (raspberry, chocolate, caramel, and custard) suddenly exploded into 25 different drool-worthy versions, baked up only during Hanukkah. 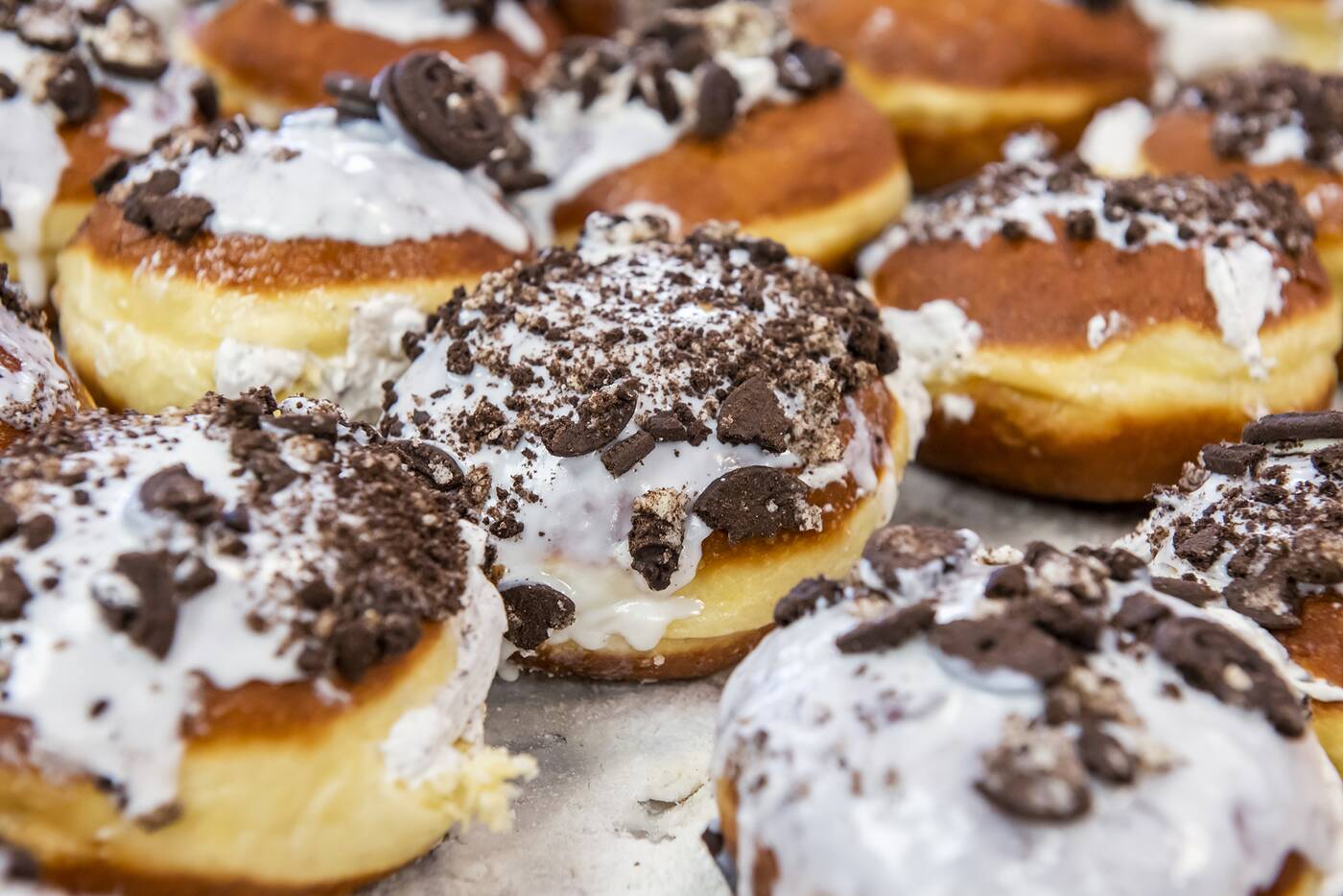 There’s Oreo crumb-covered donuts, Boston cream versions, ones covered in caramel. Perfectly fried and very hefty, they’re the ultimate treat, that (if Jewish, and celebrating Hanukkah) are not only allowed but encouraged to be devoured. 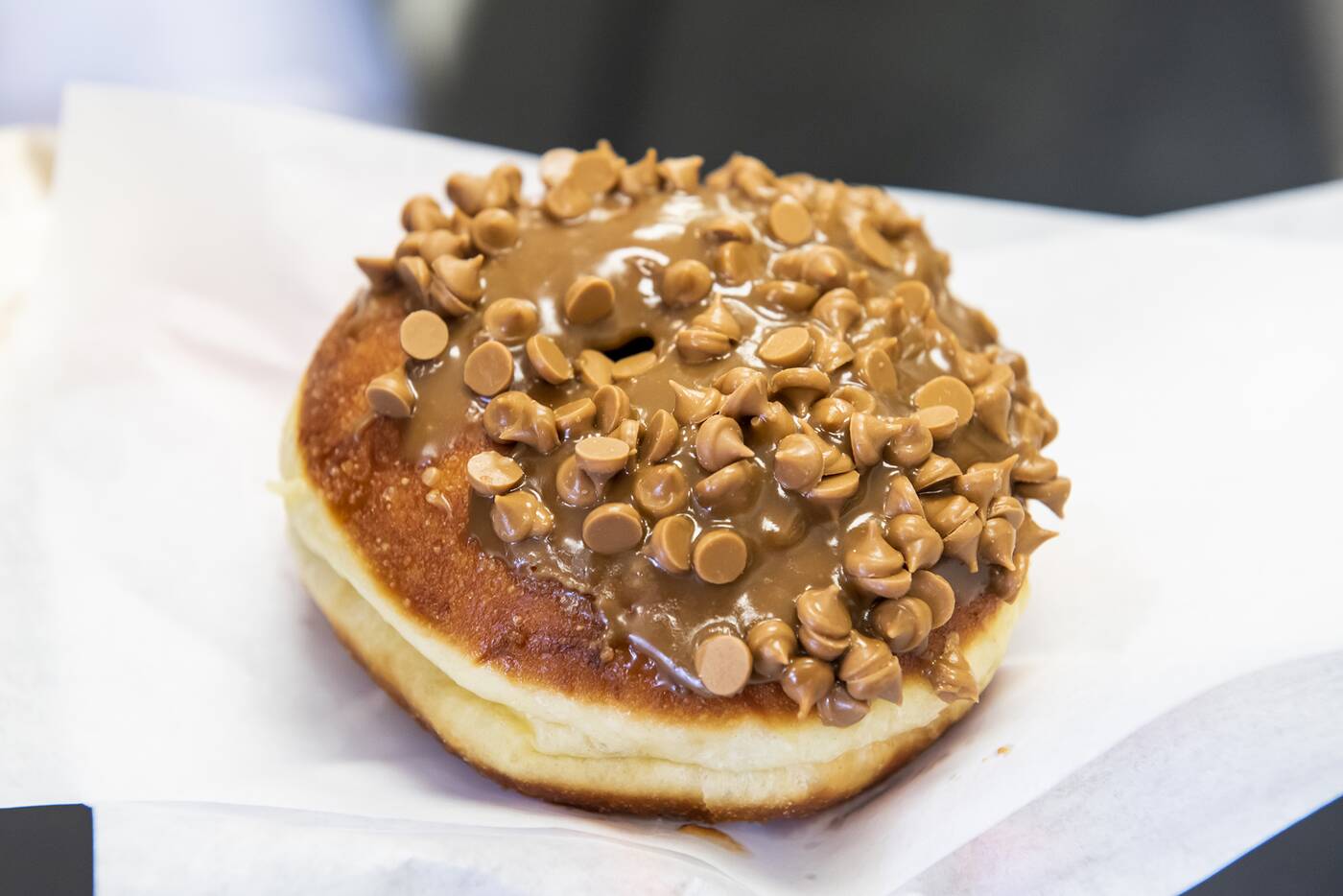 Uzi’s sufganiyot start at $2.25 and move upward from there, depending on how decadent it gets. 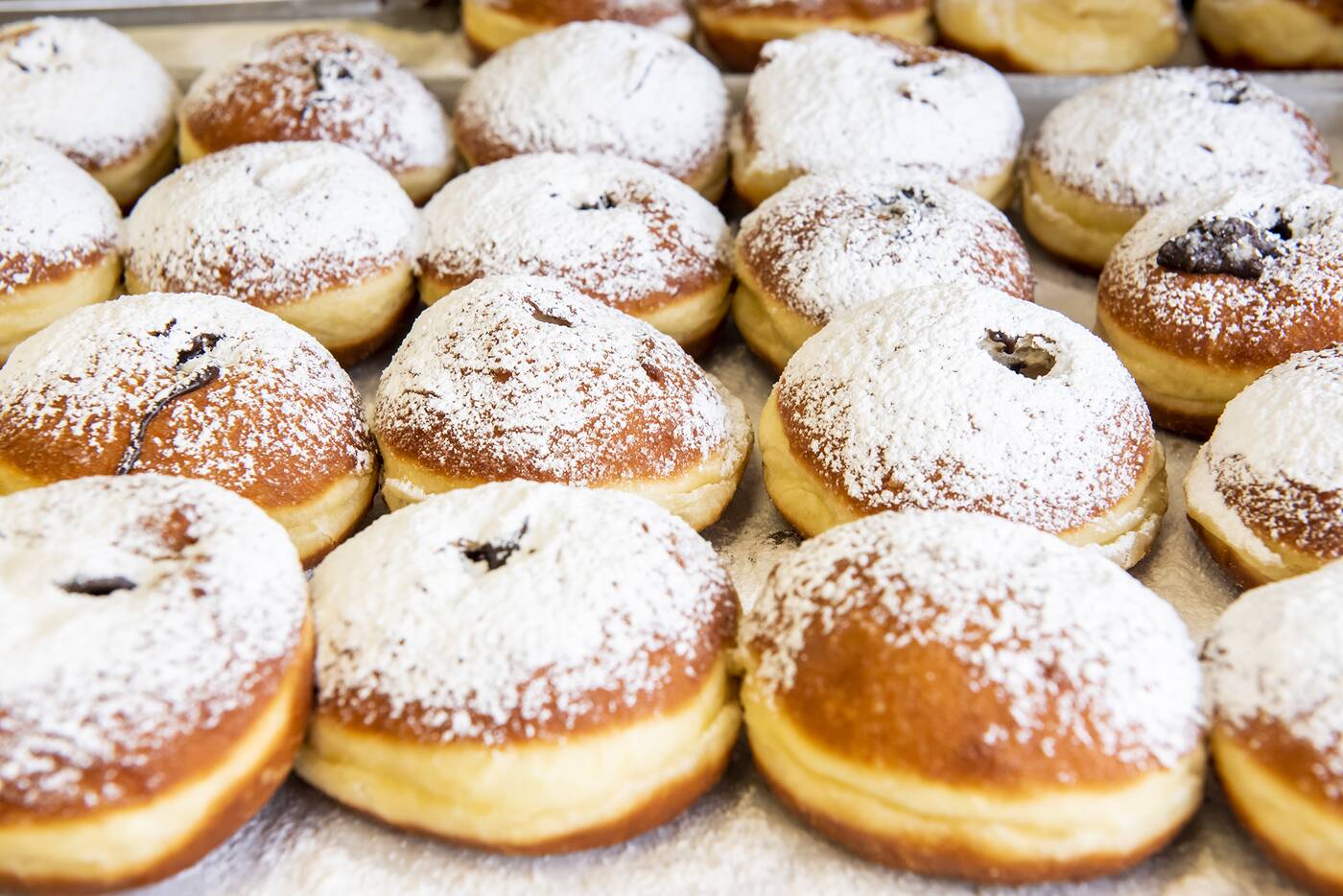 I’m actually partial to a simple raspberry sufganiyot, which is dusted in a powdered icing that really lets the texture of the dough shine. 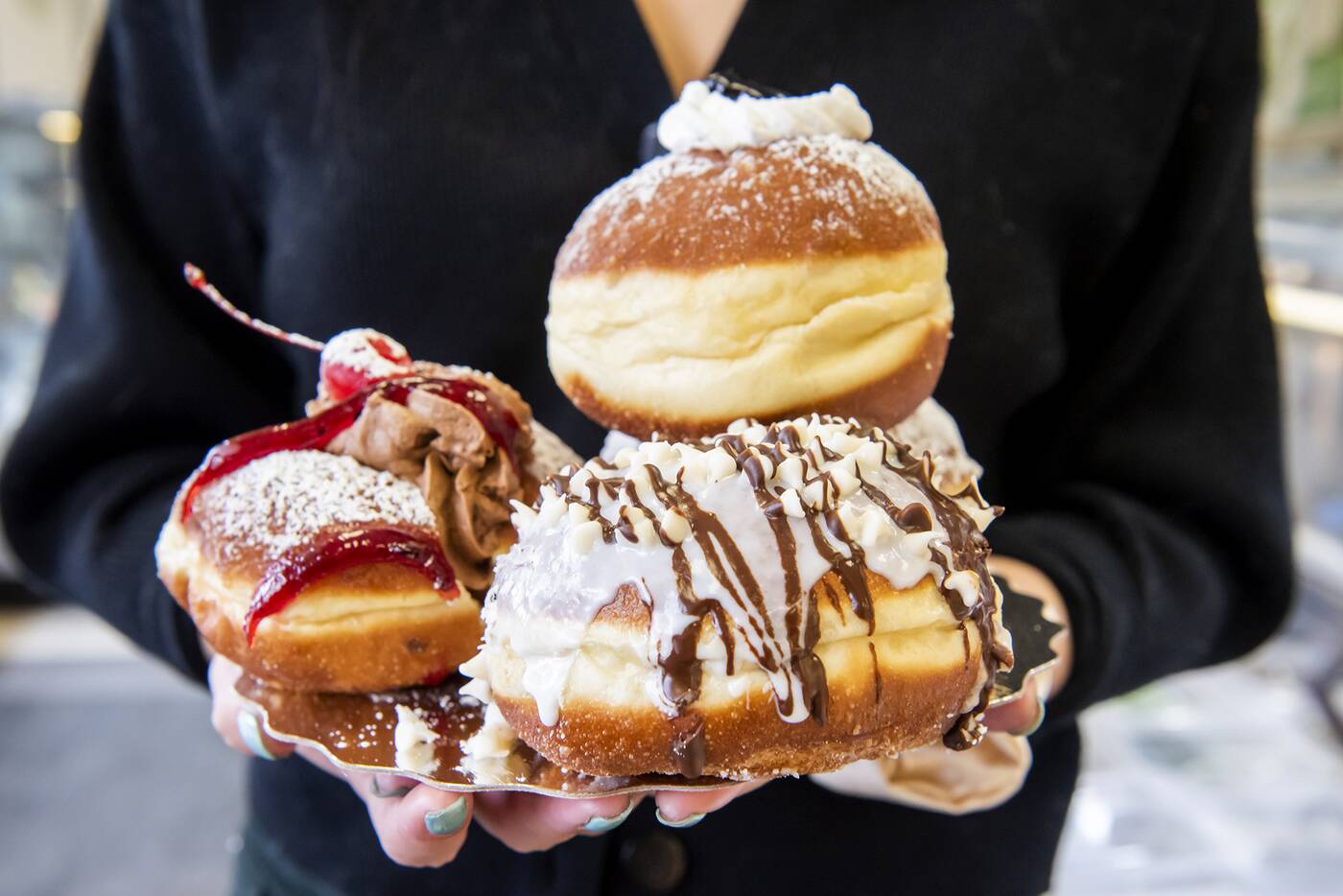 While I’m there, on the Tuesday before Hanukkah begins, there are people ordering entire boxes of these things, which are as heavy as entire turkeys. 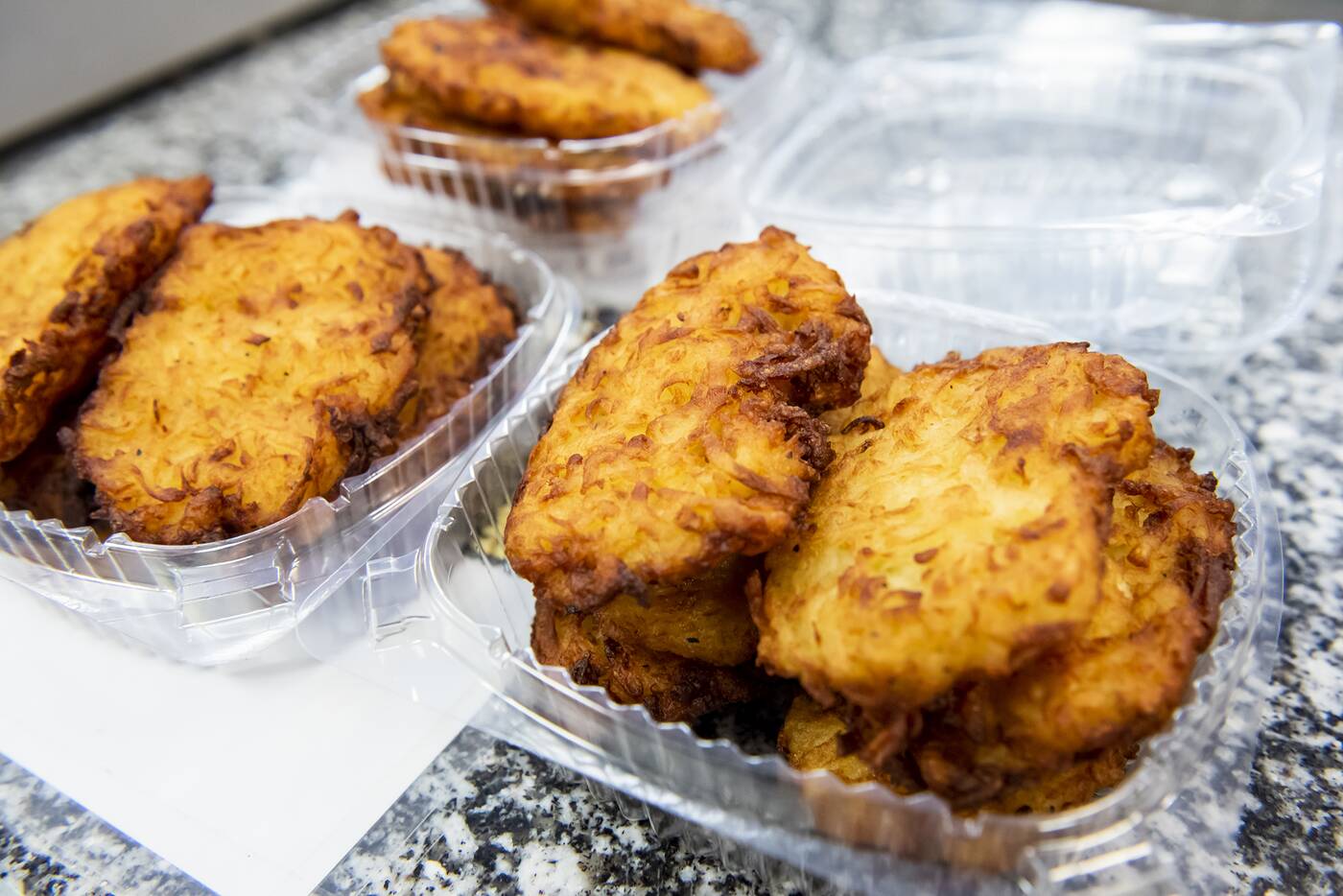 Fried food is a main feature during Hanukkah, which typically happens around November and December, so it’s only during this time that My Zaidy’s also sells boxes of their delicious latkes.

They make a variety of challah loaves daily, from spelt to whole wheat, multi grain, with water or with egg. 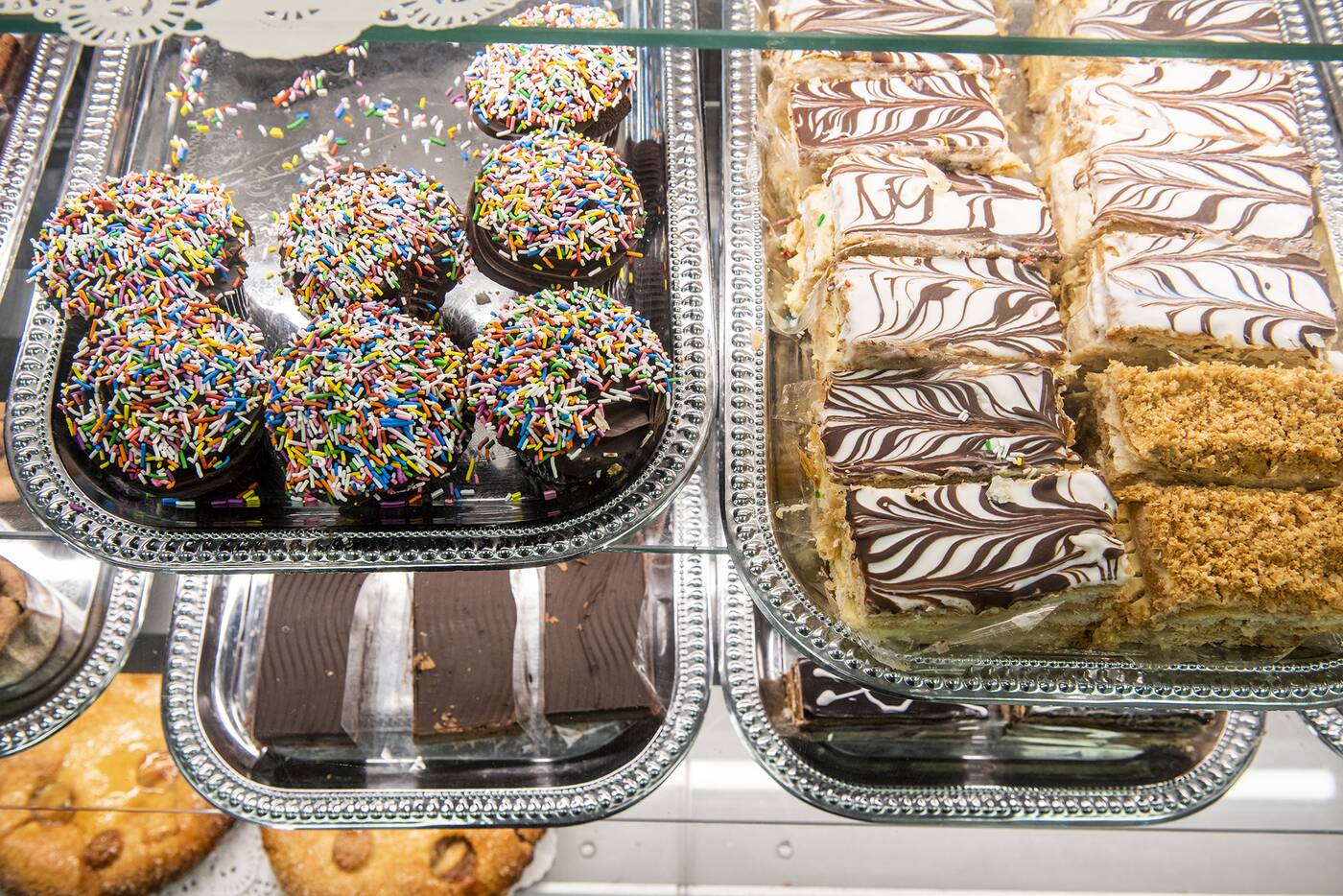 It should be noted that the entire bakery is nut-free, and almost entirely dairy-free except for a section of baked goods that are differentiated with orange trays. 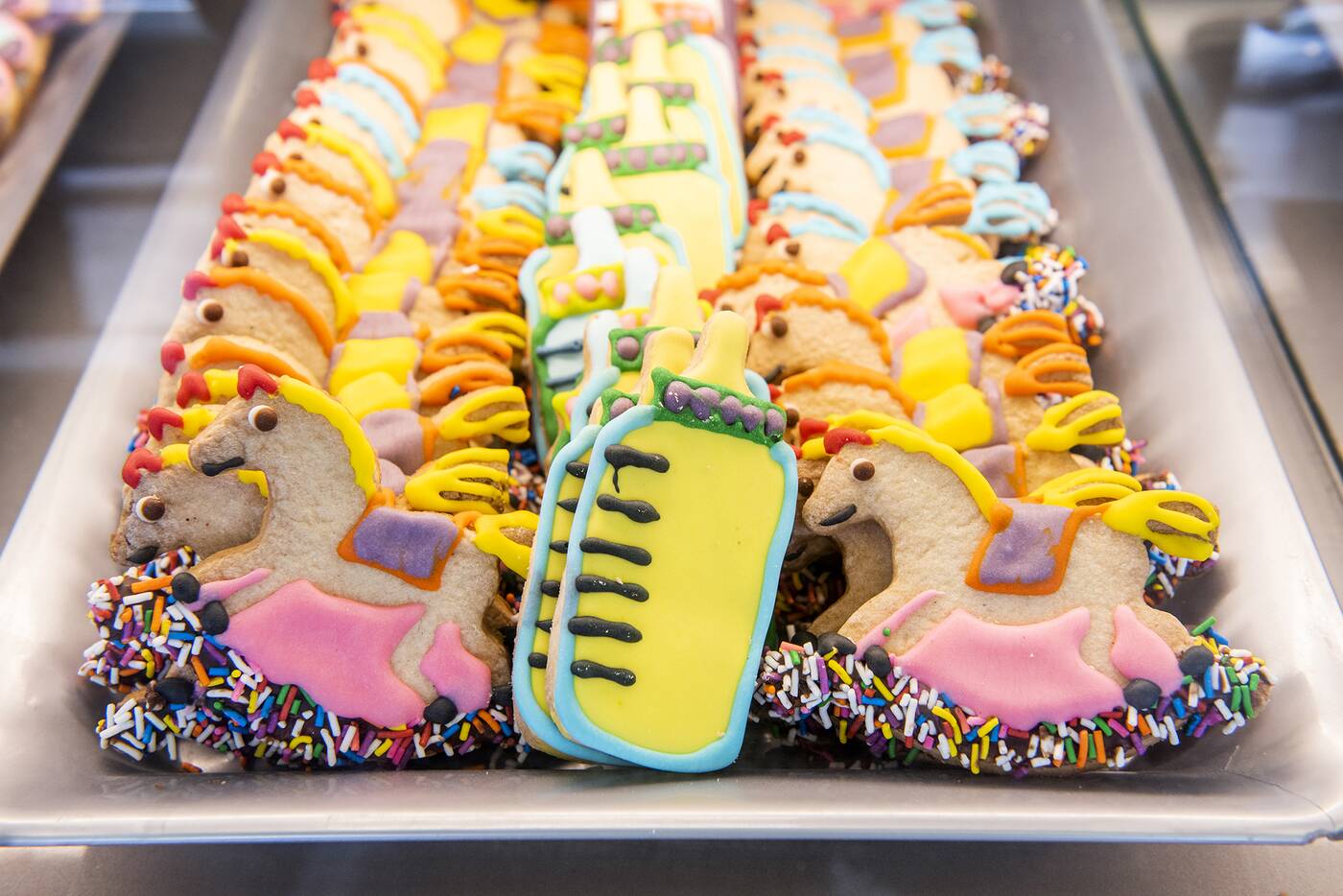 Interesting fact: Uzi also owns My Zaidy’s Pizza (a shop three minutes’ drive away), plus the unit next door called My Zaidy’s Fine Cakes: a kitchen space that’s only open ten days out of the year in April, for Passover. 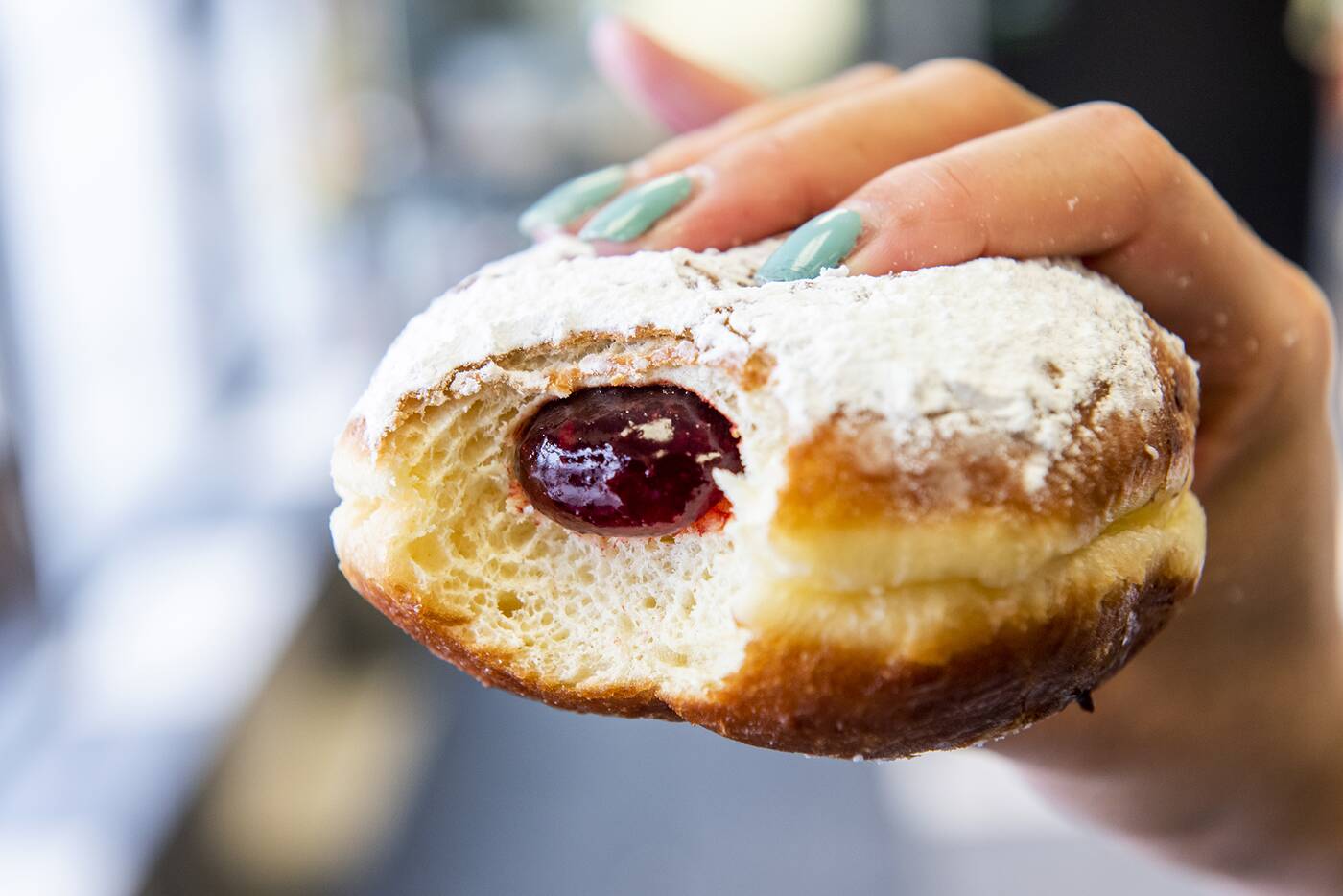 During that time, it pumps out cakes and the like which are certified kosher and flour-free. It’s boarded up for the rest of the year, which is an interesting way of operating, but when a bakery's been around for 35 years, you don't really ask questions. 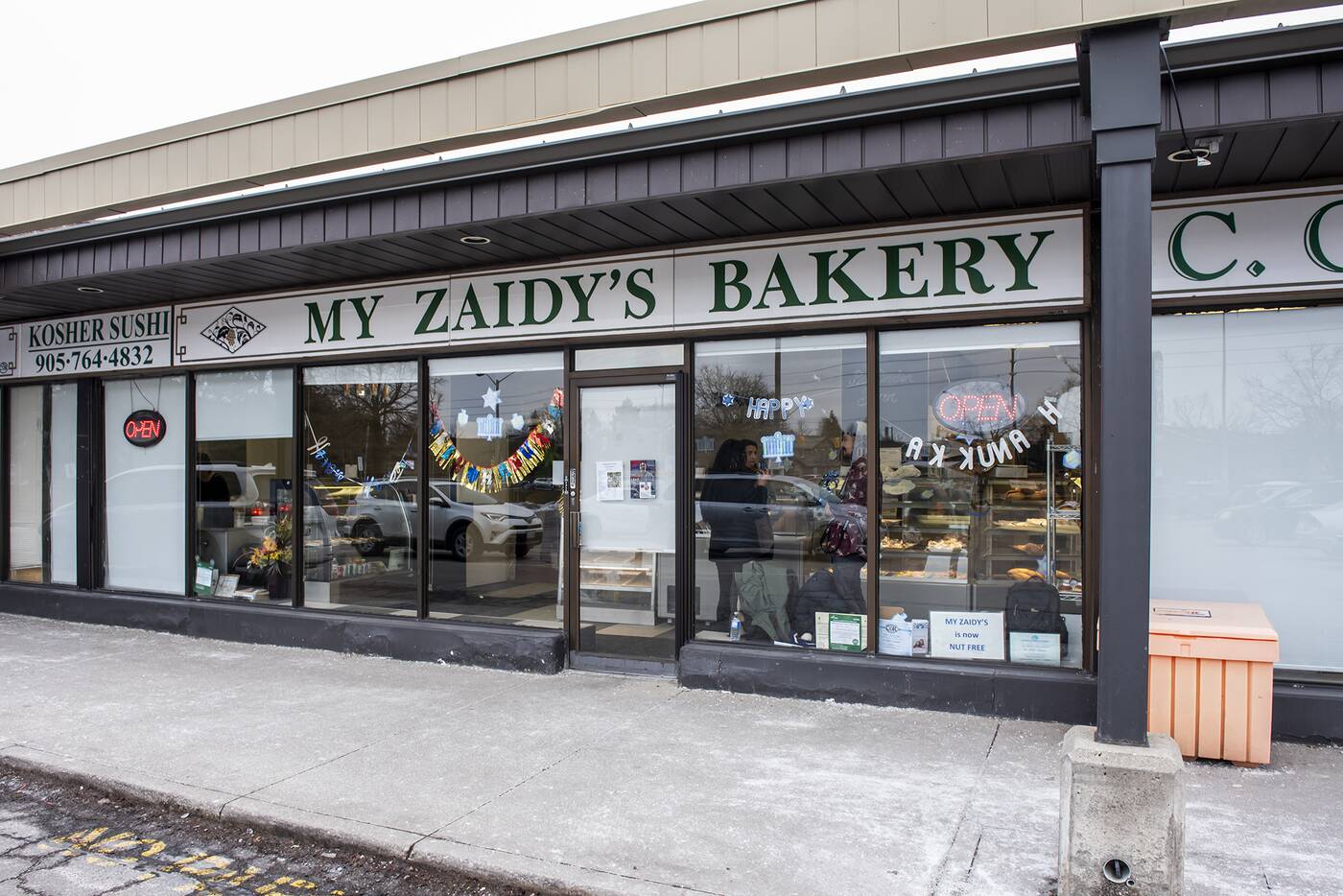