The essential guide to pizza in Toronto by type

Pizza in Toronto can be a delicious example of cultural diversity and while popular Italian styles might prevail, there are plenty of regional idiosyncrasies and stylistic interpretations to discover.

Fried
Both Mr. Ciao and A3 Napoli are slinging pizza fritta and puffy golden-fried wheels of dough that amount to Montanara-style pies (the second most famous style out of Naples). Note it's just the dough here that gets a bath in the fryer, toppings and cheese are applied afterwards. 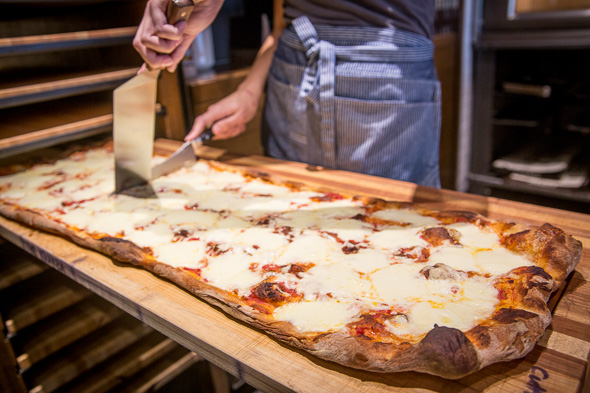 Roman
Pizza al Taglio is the predominant style found in Italy's capital and it literally translates to "by the cut" which is how you'll find it sold at pizzerias like Ciao Roma and Sud Forno. Other defining characteristics include a stretched (rather than tossed) dough that bakes to form a light, crispy crust.

New York
What distinguishes a New York style pies from the rest is a light application of sauce and a hand-tossed crust that is thin and crisp but pliable enough to fold. For a close (but still not quite perfect) approximation, try a slice from Fresca Pizza on College St.. 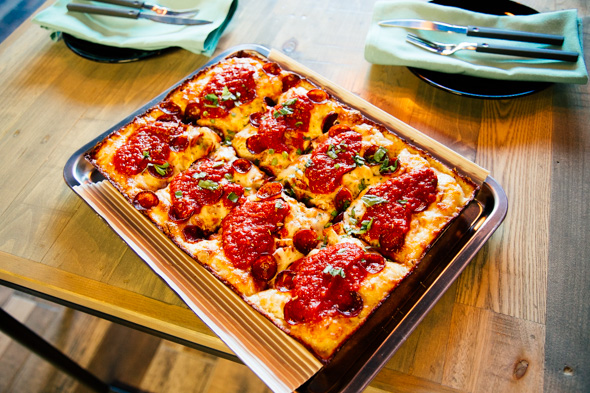 Detroit
Descendant Pizza on Queen East has the market cornered when it comes to thick, square, deep-dish pies baked in a well-oiled pan. Expect a caramelized crust loaded with toppings and finished with marinara sauce on top.

Grilled
While a restaurant in Rhode Island claims to have invented the grilled style, Toronto's Za Pizzeria modified the methodology enough to call it its own. The custom "ovens" are built over a traditional gas grill and fed with wood chips to impart a subtle smoky flavour. The recipe for the dough includes durum wheat and carbonated water to give it a light, airy texture. 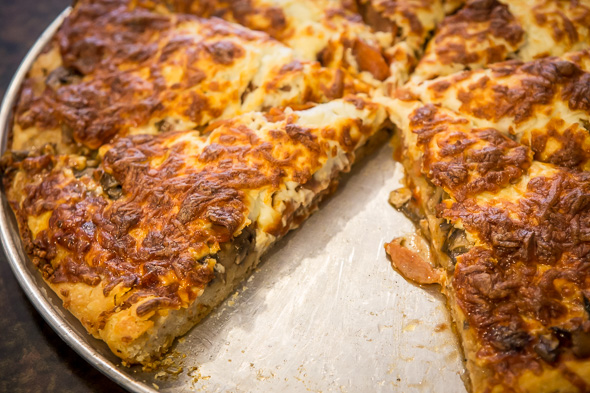 Regina
Characterized by a deep biscuit crust, dense layers of toppings, and bubbling browned cheese blanketing the top surface, this style of pizza is available exclusively at Pizza Thick in Leslieville.

Kosher
Among Kosher circles, pizza and falafel go hand in hand, and you can get it at King David Pizza or Tov-Li. Is kosher pizza a thing that treyf eaters need to run out and try? Perhaps not. But kosher pizza is indeed its own distinct thing; slightly plain, often chewy, always vegetarian. 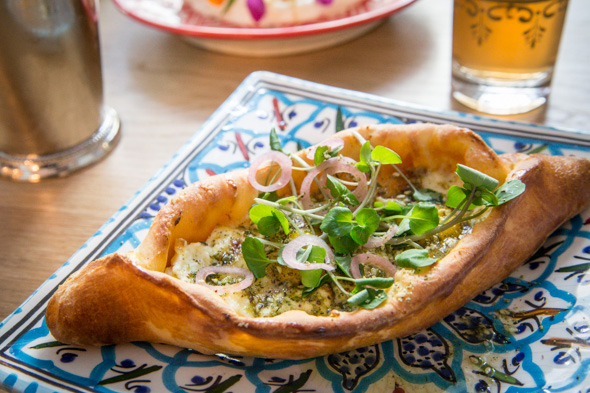 Pide
Oblong pizzas pinched into the shape of a boat make Turkish-style pies easy to identify. Other defining features include the use of a minced beef and tomato mixture rather than just marinara, while typical toppings include an array of cured meats such as pepperoni or pastrami, soft eggs, spinach, fresh herbs and feta or mozzarella cheese. Get yours at Pizza Pide or Mr. Pide.

Manakeesh
Sometimes called Middle Eastern pizza, this classic Arab street food is more like an oven-baked flatbread dusted with za'atar, melted cheese, or a combination of both. I especially like the ones at Paramount Fine Foods slathered with labneh or topped with kishek, a mix of dried yogurt, wheat, tomatoes and onions. 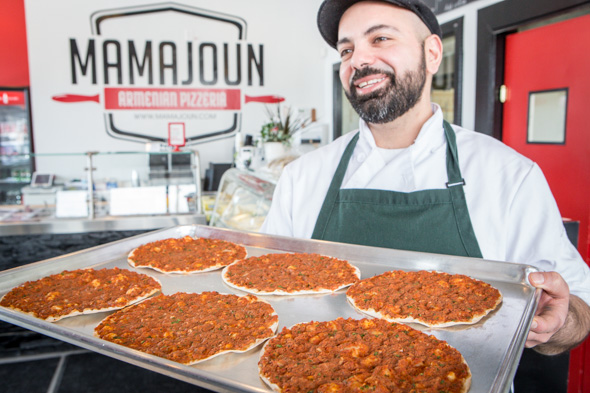 Lahmajoun
Claimed by both Armenian and Turkish communities, these round pies are topped with minced meat, onions, tomatoes and fresh herbs. Mamajoun in Scarborough is one of the city's few specialists where you'll find traditional pies, plus variations dressed with extras like Akawi cheese and soujouk sausage.

Halal
The lack of pork is perhaps the most common feature of halal pizza, which otherwise doesn't really adhere to any specific style. Beef pepperoni is a common substitute, but at places like Mr. Mike's you won't experience any FOMO: these pizzas can get quite creative, sometimes even piling an entire poutine onto a crust. 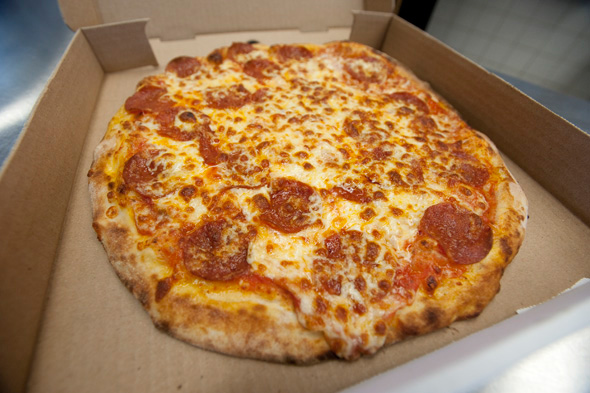 Wood-fired
This catch-all category includes pizzerias like QMP or Via Mercanti that deal in Naples-style pies but lack VPN certification, plus old school joints like Dino's Wood Burning Pizza.

Vegan
Cheese-free pizza might seem like an oxymoron, but Apiecalypse Now! makes it work. Available by the slice, or whole pie are options like the Pepperphony featuring vegan pepperoni slices, and a mix of Daiya mozzarella and jack cheese.

What did I miss? Add more favourite pizza types to the comments.