Am I on Spadina or in 10th Grade chemistry class? While most cafes have, say, a plate of muffins by their front counter, Sense Appeal has a giant rotary evaporator spinning rum to maximum concentration. The cafe is working on creating "super-intense flavour droplets of rum," says co-owner Peter Adamo, droplets that will be used to make the cafe's own take on an eggnog latte. Coffee, alcohol and science experiments? I guess this is just like high school after all. 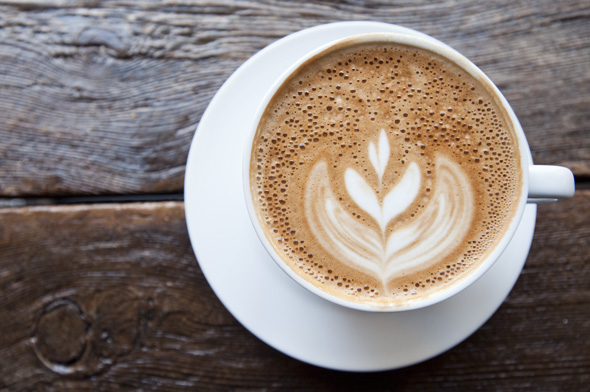 The rum-infused eggnog latte is just one of the usual new pursuits by Peter and his team. While the cafe's lunch and drink menus have been around for some time, Peter tells me he's increasingly looking at new and unique ways of getting items to cup or plate. Those ways include pulling soups through espresso machines, pickling vegetables in ways to promote salivation, and running chocolate through a centrifuge for optimal texture. Consider it mad scientist meets espresso bar.

"Honestly, it's all self-taught," Peter says when I ask him about just how he conceives these sorts of ideas. "There are so many variables in food, and it's worth exploring the effects that a few changes can make." 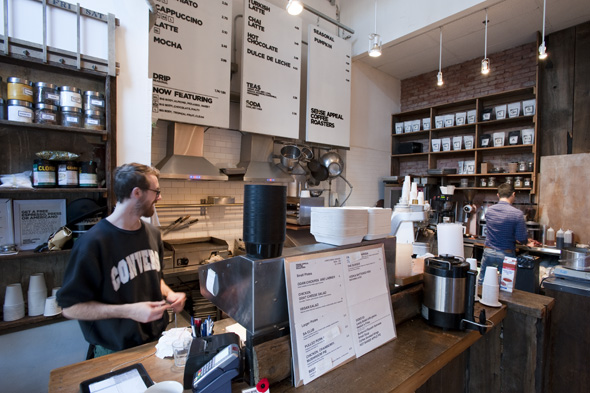 Peter says he draws inspiration from UK chef Heston Blumenthal, who he says went against the rules and laws of French cuisine with great results. "There's plenty of innovation on the culinary end," Peter says, "but I also wanted to look at innovation in coffee."

And so, Peter experimented with espresso and his rotary evaporator, removing 80 per cent of its water at 45 degrees. "It allows you to remove liquid at a low temperature," he says. "Typically, when you boil something down, you're losing some of that flavour as vapour. This allows you to remove the water and also to maintain the flavour." Espresso aside, the earlier-mentioned rum-infused latte should arrive on Sense Appeal's menu in the coming weeks. 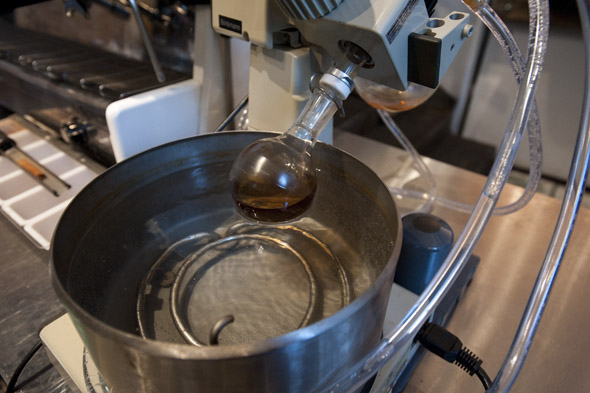 What he hasn't yet boiled down (excuse the pun) is how, exactly, to extract soups using an espresso machine. "I wanted to incorporate our baristas in the lunchtime rush," he explains when I ask why he thought of the idea in the first place. "What we have to do is create a sort of soup 'puck' from which we can pull out the oils, in a way that's identical to coffee."

The soups, most likely, will be milk-based, and something in the realm of butternut squash should be the first variety to arrive in the cafe. After a little more tweaking, that is. Also on the roster is something Peter calls the "Triple Addiction," which is made with chocolate that is run through a centrifuge. "Essentially, you're separating the solids from the liquids, and the grittiness is removed, leaving an incredibly soft texture," Peter says. That super-smooth chocolate will be mixed with wine and espresso â indeed, a few of my favourite things. The Triple Addiction is expected in December. 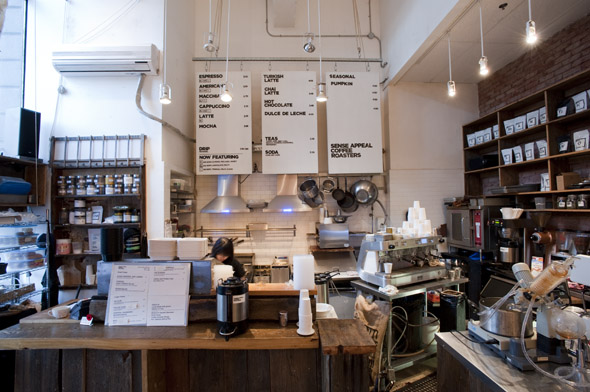 In the meantime, customers and/or science fiends can revel in some of Sense Appeal's already available curious options, including falafel made from chickpeas in a sous-vide chilled slowly on ice, and coffee smoked chicken wings prepared with a salt, sugar, and coffee brine. Figure those out, 10th Graders.