If you've noticed it's a bit harder to breathe in the Greater Toronto and Hamilton Area (GTHA) region, it could have a little something to do with the 2.2-million-tonne increase in carbon emissions recorded in the country's most populous urban area last year.

The latest GTHA Carbon Emissions Inventory reveals a worrying increase in emissions across all six areas of the region for an overall increase of 4.5 per cent in 2021, from an already not ideal 49.0 million tonnes to 51.2 million tonnes.

This leap may not seem like such a big deal on the surface, but it looks especially bad when considering the region needed to actually decrease its carbon emissions by eight per cent last year to hit our increasingly unlikely 2030 climate targets.

So that 4.5 per cent increase is really 12 per cent higher than where we need to be.

Every municipality registered carbon emissions increases last year, but if you're looking for who to blame the most, figures show that carbon increases varied by massive ranges for different areas of the region.

Toronto proper — with its ample public transit options — only registered a 1.3 increase in total emissions, while car-dependant areas like Halton experienced a baffling 15 per cent increase. 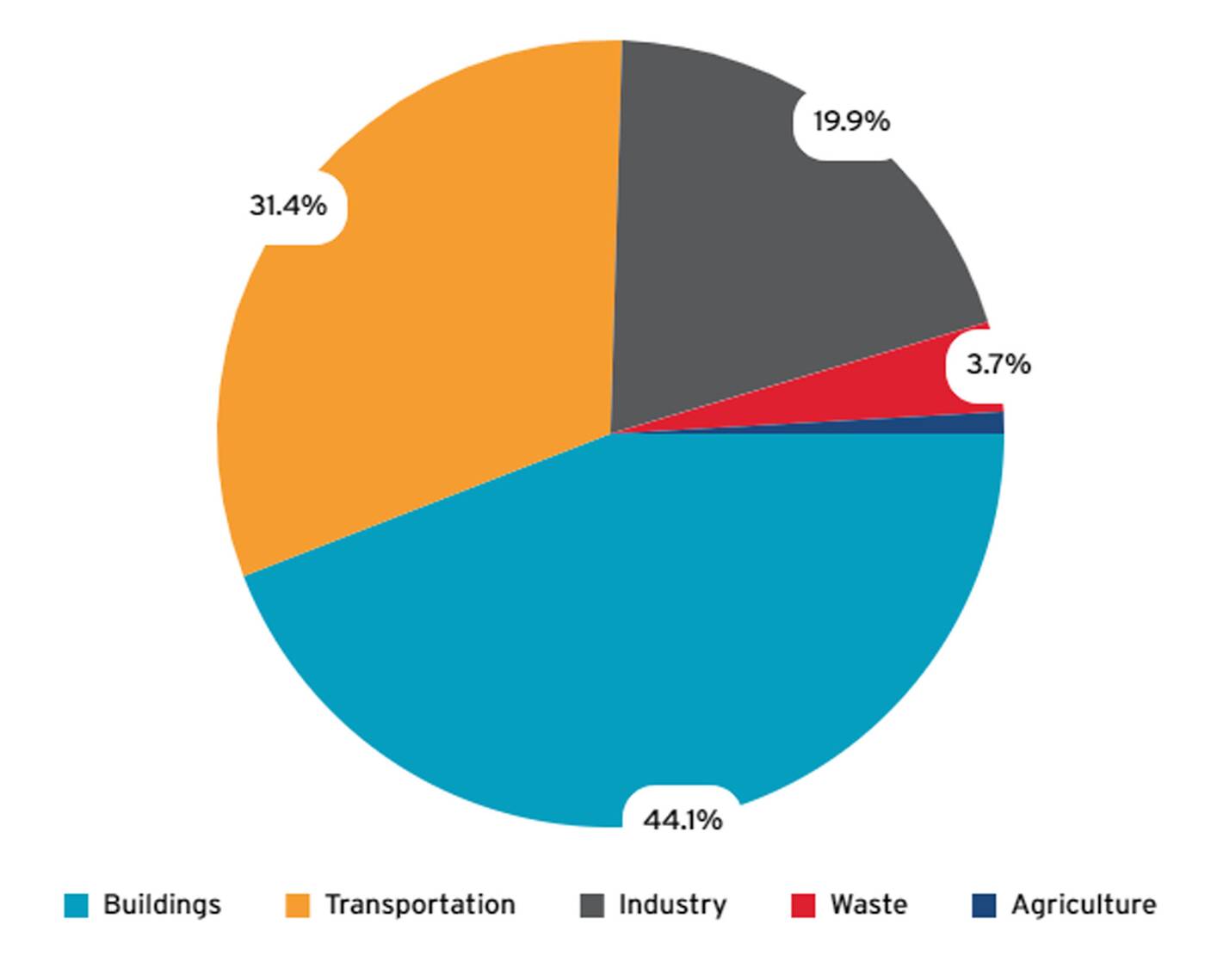 Buildings that use natural gas for heating and hot water represent a huge share of emissions output, with natural gas emissions in buildings jumping by 1.7 per cent last year, a figure the report struggles to explain between "the warmer winter and proven, cost-effective mitigation strategies that exist today."

Emissions from electricity generation jumped by an unbelievable 28 per cent in 2021 as the region inexplicably leans on natural gas plants.

The industrial sector accounted for almost 20 per cent of total emissions output, while the needle barely moved on waste and agriculture-related emissions, fluctuating by less than one per cent.

With emissions on the rise, the report cautions that "despite a few successful policies and programs highlighted in this inventory, there has been little progress to reduce emissions since Ontario's coal phaseout in 2014."

It warns that "without ambitious action by government, businesses, and residents alike, municipalities in the GTHA will miss their near-term climate targets by a significant margin and make achieving our long-term targets even more challenging."