Downtown Toronto usually gets the nicest things, but the suburbs are packed with some outstanding architecture, both new and old. Those who stick to the city centre will go on and on about the postcard-worthy landmarks found throughout the core, but the suburbs have their own landmarks worthy of downtown's attention.

Until a few years ago, Humber College's North Campus in Rexdale was about as bleak as it gets, though the 2015 opening of the college's Learning Resource Commons added a shot of modernity to the tired-looking campus. While that building isn't much of a landmark, it set the stage for another right next door.

Opened in 2019, The Barrett Centre for Technology Innovation (Barrett CTI) brings a new meaning to the term cutting-edge. Its design by architects Perkins+Will gives the North Campus a knife-edged landmark with vibrant flashes of colour to what was previously a drab, mostly colourless complex. 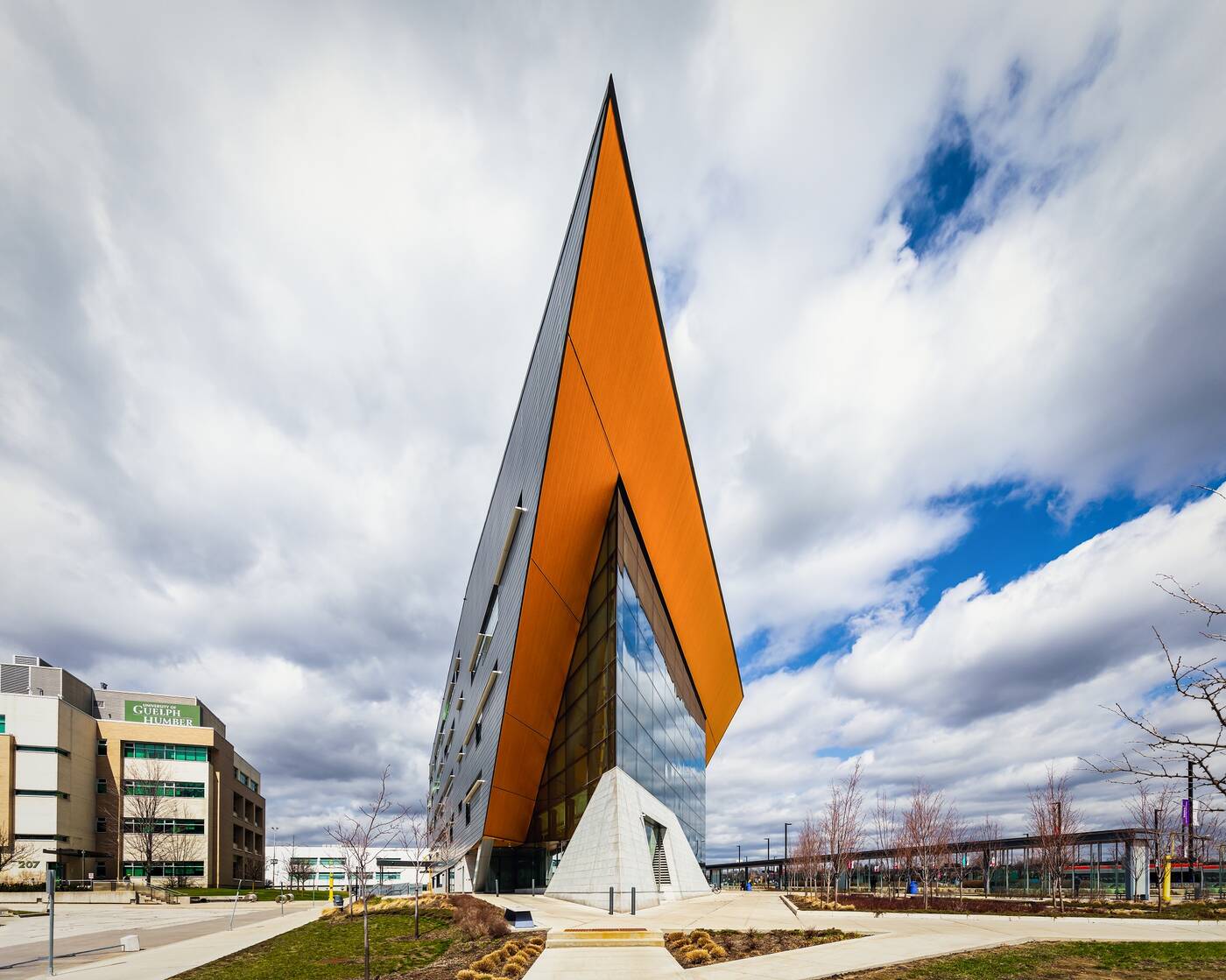 The Barrett CTI created spaces on the campus for digital media studios, interactive technology zones, and areas where new products and technologies can be prototyped and demonstrated. 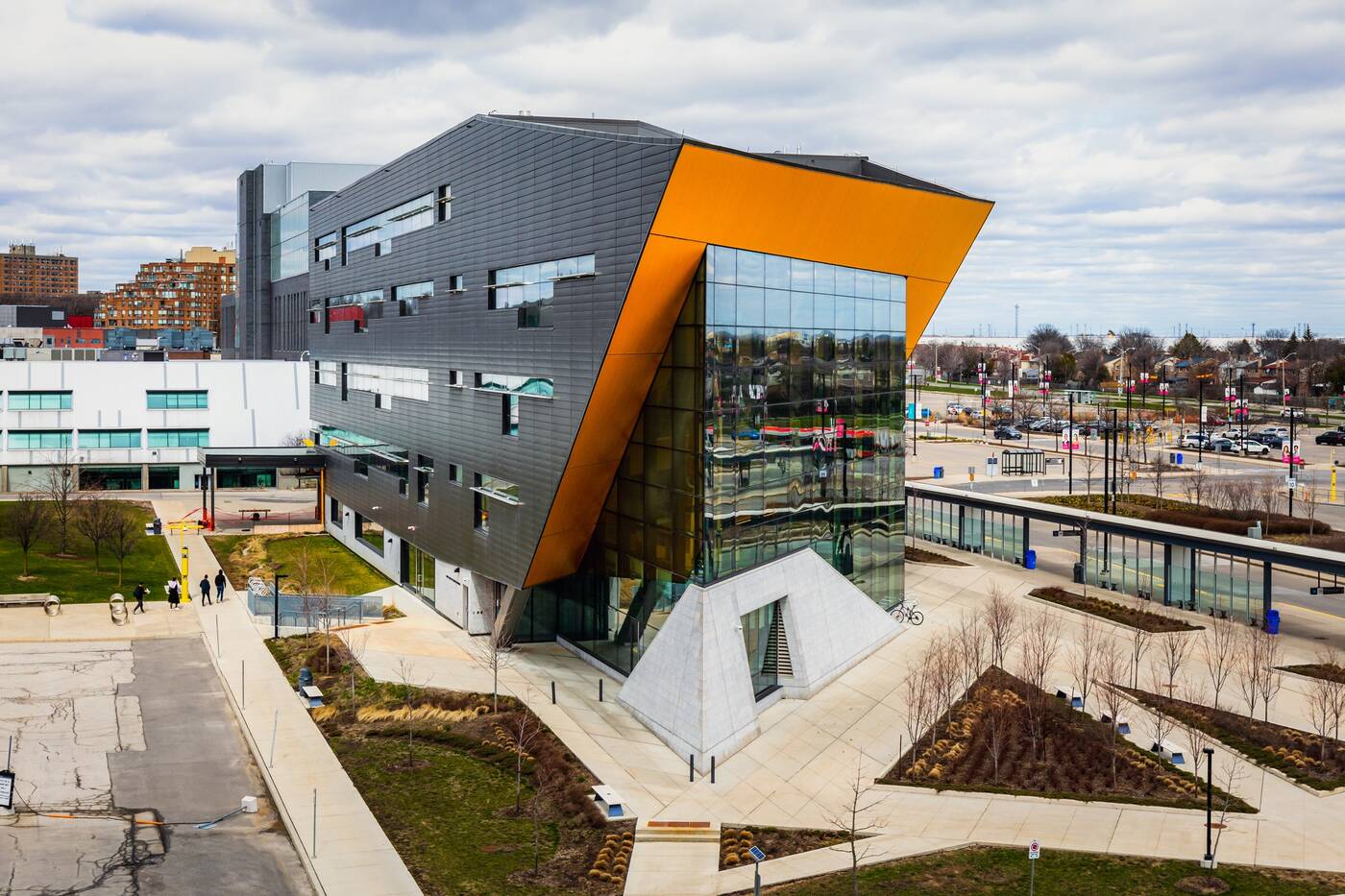 A landscaped forecourt wraps around the building's exterior, acting as an extension of the large atrium within.

Some of the projects being worked on in the Barrett CTI as of early 2022 include the development of automated guided vehicles, a mobile app for in-restaurant dining, and the creation of a three-suite hotel that hosts visiting experts but also functions as a living laboratory to improve the hospitality industry. 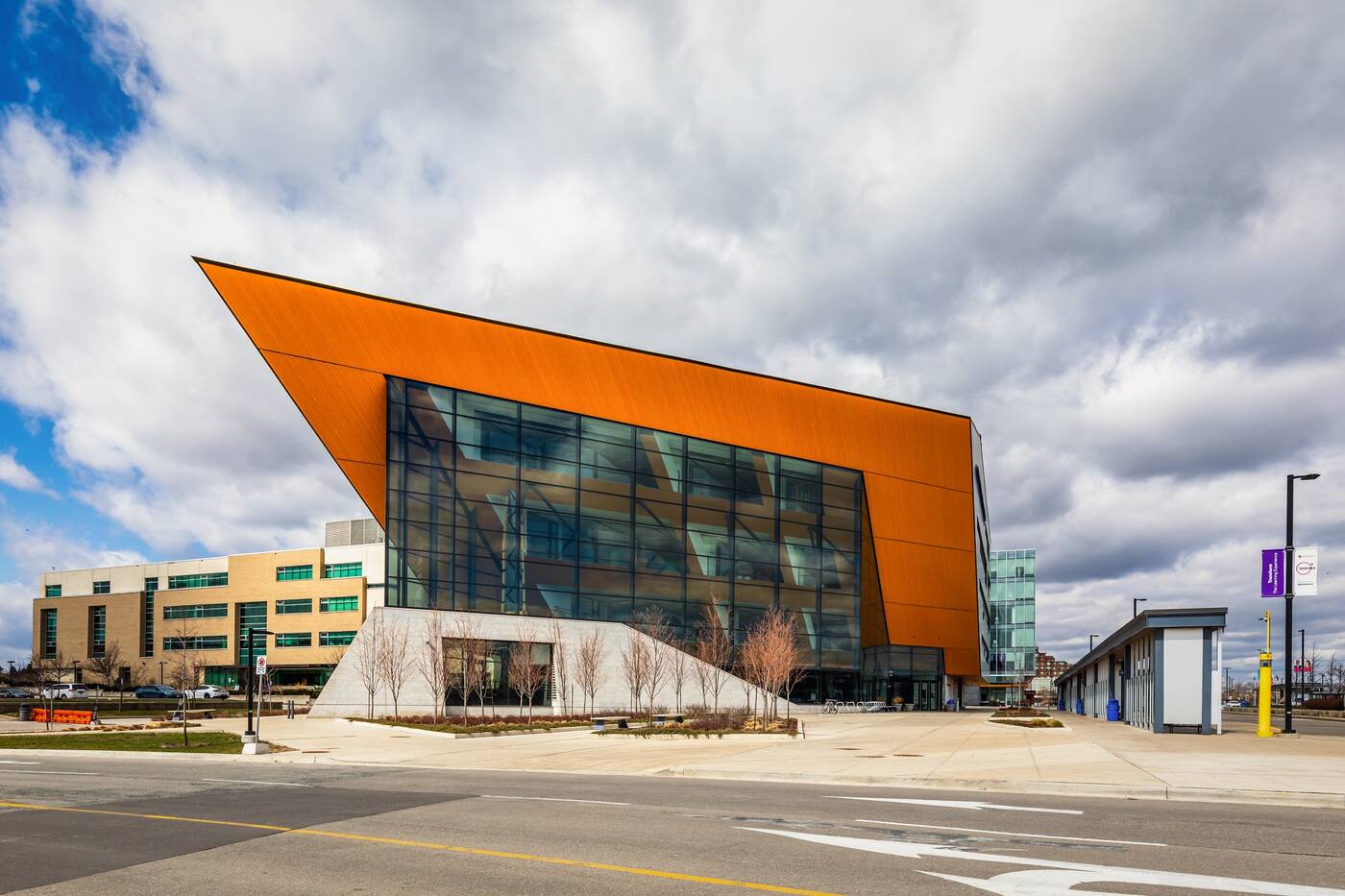 The interior atrium, visible from the street, features a continuation of the colourful exterior finishes.

The facility was named in recognition of a $10 million contribution from The Barrett Family Foundation, on top of $15.5 million of funding through the federal government's Post-Secondary Strategic Investment Fund, and the remaining balance of $1.55 million funding equipment within the building through the province's College Equipment and Renewal Fund.

In the end, Humber College basically got a shining new landmark for a bargain-basement price.