In its golden years, Toronto's Sunnyside Amusement Park drew thousands of people every summer to a wide array of events, from circus acrobats to dancing bears, trained seals and escape artists.

But what Sunnyside is less-known for is a popular "female impersonator contest" that brought in an audience of "nearly 20,000 people" in July of 1927, according to an article in The Globe found by history enthusiast Adam Wynne.

The 1920s and 30s were the "golden era" for Sunnyside attracting hundreds of thousands of people to the boardwalk, rides and beaches every summer, according to the Canadian Encyclopedia.

Sunnyside was hugely popular as seen in this photo from 1922. Photo via Toronto Public Library

Known as the "playground by the lake," it had the largest swimming pool in the world with space for 7,700 bathers.

The "Sunnyside Beach Female Impersonators' Contest," according to an advertisement from July 1927, boasted 18 acts in the "best entertainment in town." 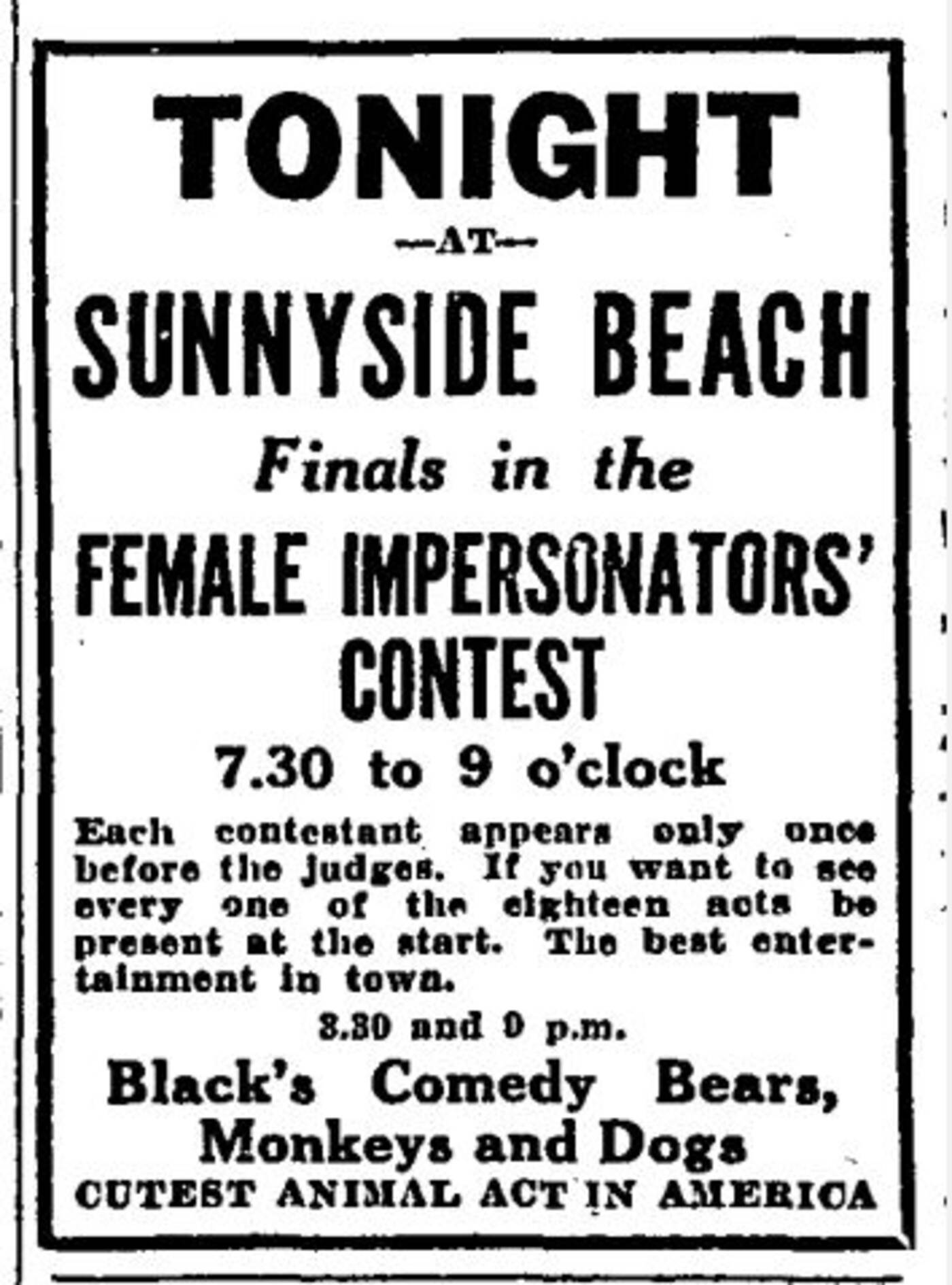 The contest seemed to have several shows.

A July 21, 1927 Globe article says 20,000 spectators crowded around an open-air stage at Sunnyside Amusement Park for the female impersonator show.

"The fifteen remaining winners sang and danced, clowned and burlesqued while the huge gramophone in the background furnished the music for the intermissions." 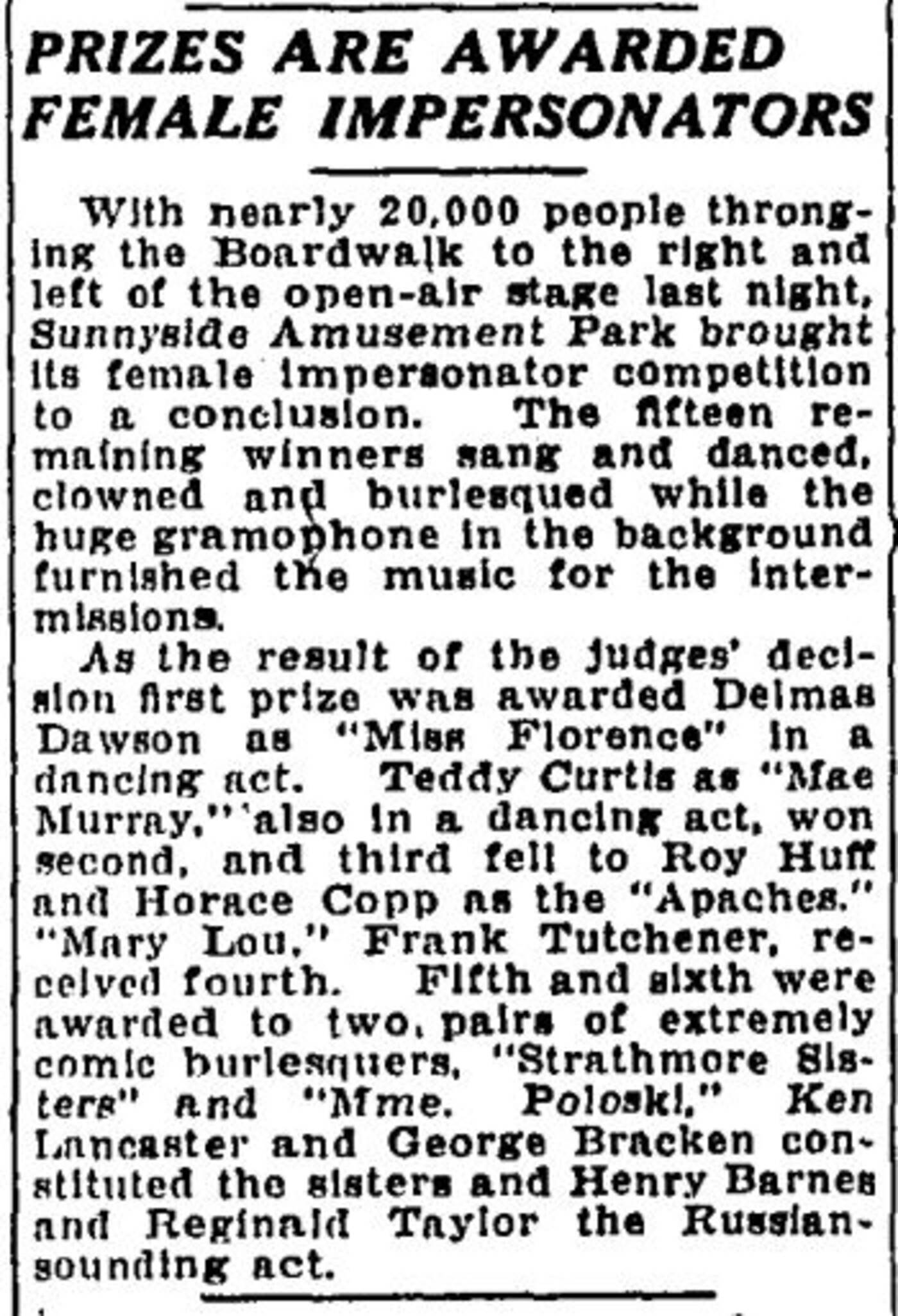 Another Globe article on July 7, 1927 estimated 7,000 people came to watch Delmas Dawson who appeared as "Miss Florence, a snappy Charlestoner" win first prize, and along with second and third prizes going to W. Ray and Arthur Baldwin as "Flapper Fannie" playing the ukulele and "Mademoiselle Zingaree" in a song a dance act. 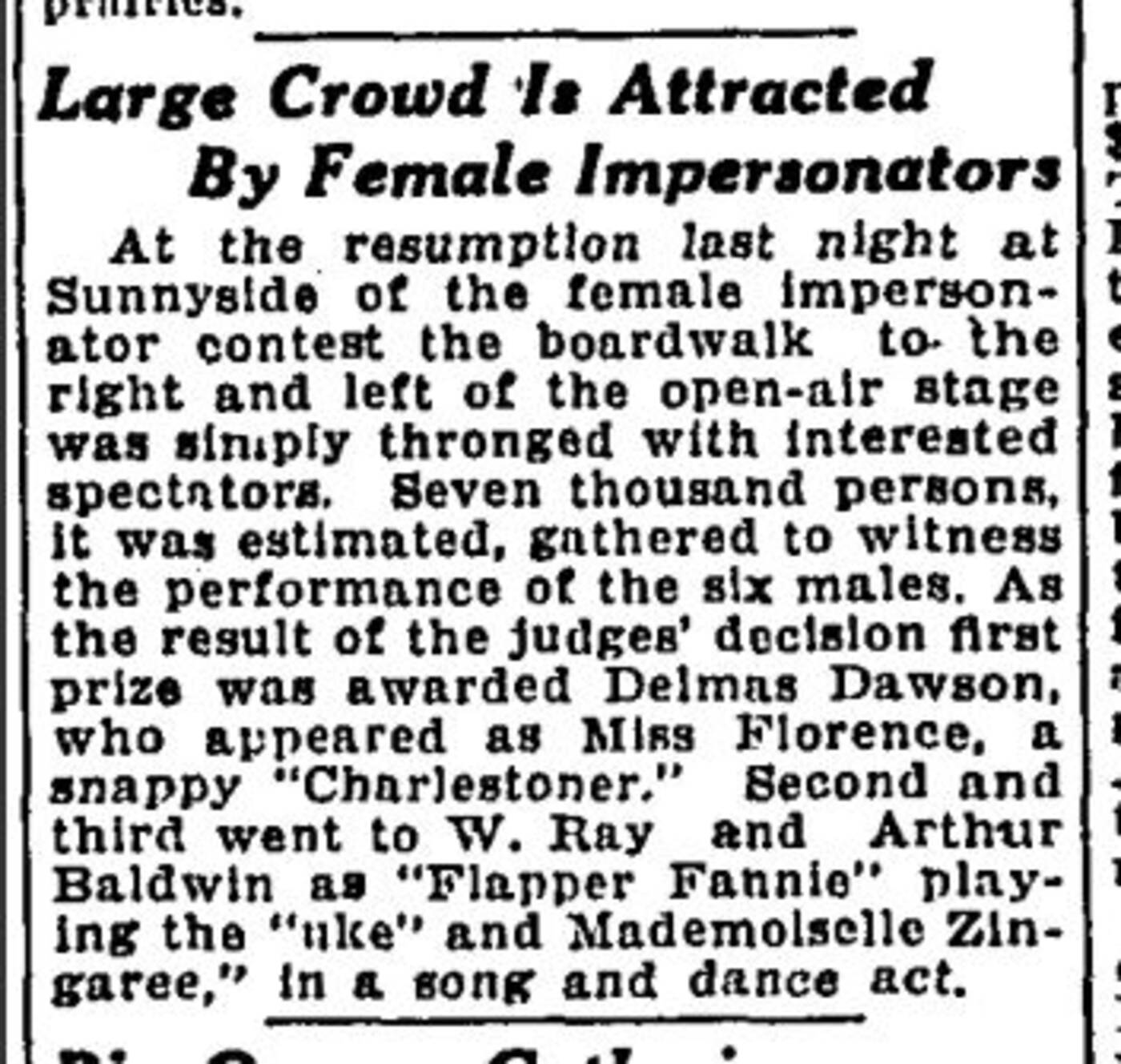 This wasn't a new phenomenon for the time period. A few years earlier, a troop of Canadian soldiers, known as The Dumbells, put on performances dressed in drag during the First World War. The performers travelled across France during the war to entertain the troops. 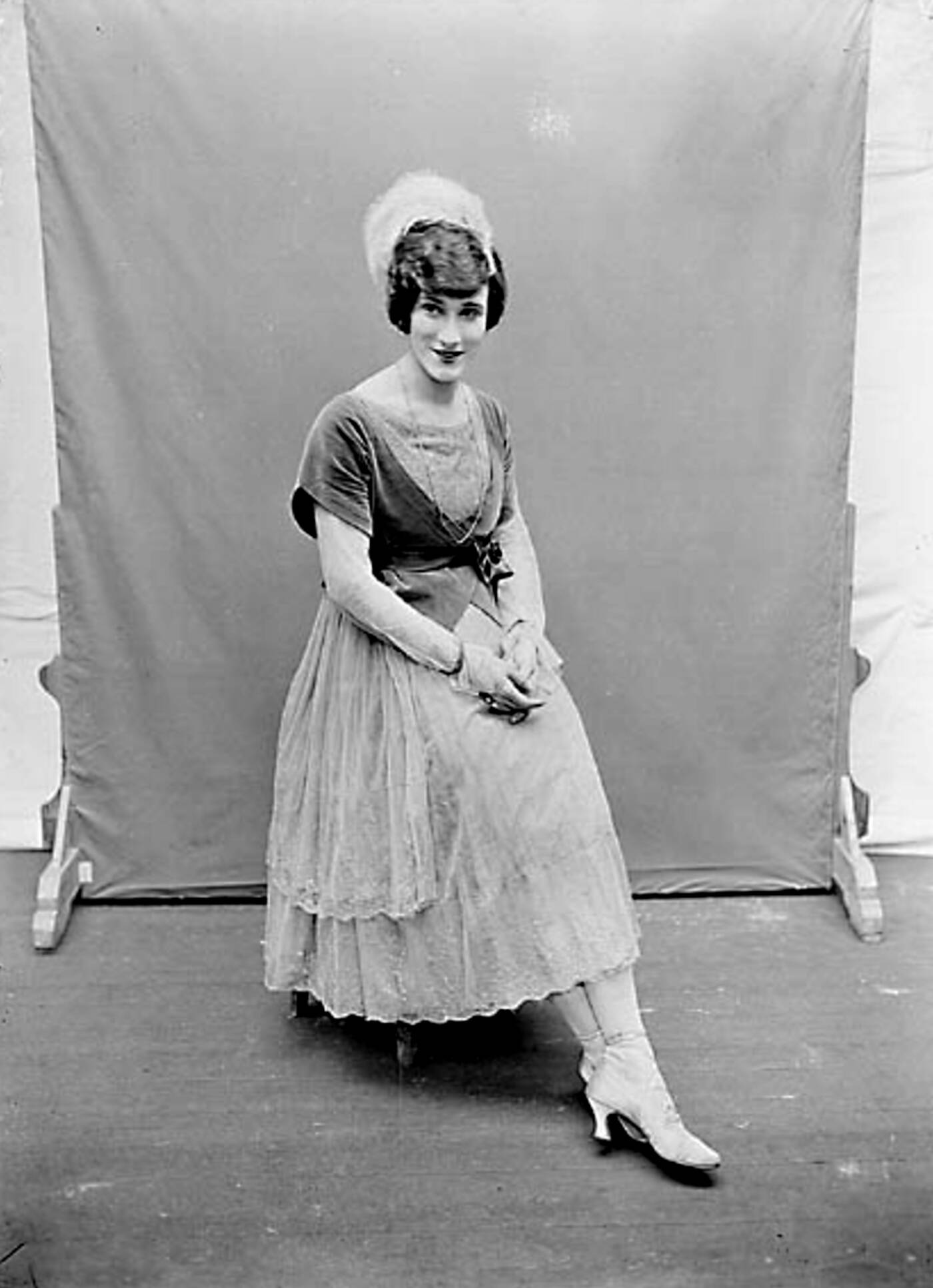 By the Second World War times had changed and female impersonators were no longer popular as homophobia was on the rise.

It wasn't until the late 1960s that drag shows started to become popular in Toronto. It's important to note that drag shows are considered a type of female impersonation. Historically it was considered immodest for women to appear on stage and men would take female roles, which is different from the drag shows of today.

Sunnyside declined in popularity too after the war and eventually, the rides and concession stands ceased to operate in 1955 and the park was subsequently demolished to make way for the Gardiner Expressway.

The pavilion still stands and people still swim at the beaches but the place is a shadow of its former glory days.