My recent trip to the Sunnyside Pavilion during Doors Open 2010, an event that took place just the previous weekend, has inspired me to devote this post to one of the few of the remaining relics of the Sunnyside Amusement Park. In my first year as an undergrad at the University of Toronto, I lived in Roncesvalles Village and visited the beach and the surrounding area almost every weekend. It is still one of my favourite spots in Toronto.

Mike Filey, the author of I Remember Sunnyside: the Rise and Fall of a Magical Era, writes that Edward Cousins, the general manager and chief engineer of the Toronto Harbour Commission, which owned the waterfront area, visited several existing pavilions in the United States, and was particularly inspired by a facility situated on Lynn Beach in Massachusetts. 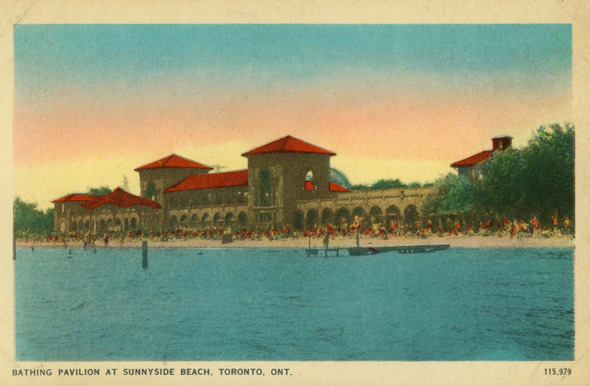 The structure that was eventually built in Toronto in the Beaux Arts style, was designed by architect Alfred Chapman of the Chapman and Oxley firm, whose work was also reflected in other prominent buildings in the city, including, among others, the magnificent Runnymede Theatre in the west end, as well as the original Central Reference Library, located at the intersection of St. George and College Streets. 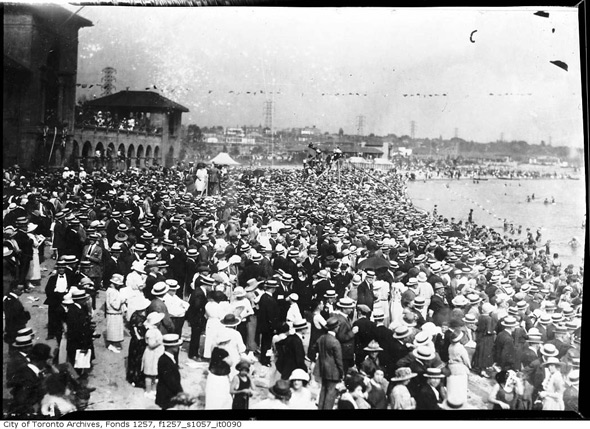 Even prior to the erection of the pavilion, the Sunnyside Beach was highly popular with swimmers and was the original site of the annual Easter parade, which was partly due to the fact that this summer attraction was easily accessible by the streetcar line that provided service to the area. The building was erected in order to provide facilities where the swimmers were able to change and rent bathing suits for $0.15 and towels for $0.10 (children were able to have both for one price of $0.15), a practice that seems unusual (not to mention unhygienic) nowadays.

The official opening ceremony was held sometime in the summer of 1922 before the opening of the Sunnyside Amusement Park. Mayor Alfred Maguire cut the traditional ribbon, accompanied by the pavilion matron, most likely a distinguished employee of the Health Department, whose name was not unfortunately recorded. The total cost of the construction was $300,000 for the formidable structure, which must have awed Torontonians, who, like inhabitants of other cities, could now boast of their own bathing pavilion. 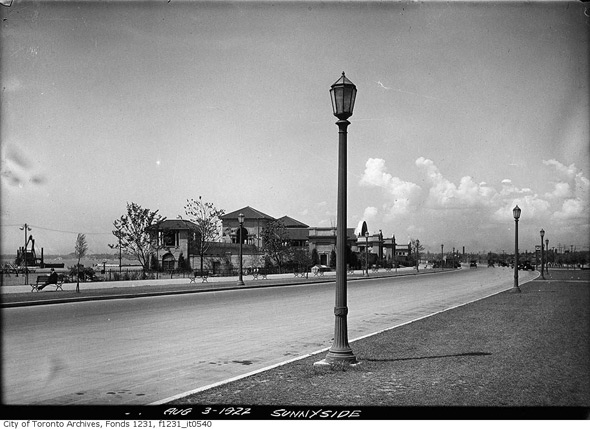 It was 400 feet wide and located along the new boulevard traffic way along Lakeshore Road, and was 120 feet away from the lake. In total, it had enough changing rooms to accommodate 7,700 visitors, along with lockers. There were separate facilities for men and women, boys and girls. The admission fee was $0.25 for adults and $0.15 for children. A roof garden, serving light refreshments, had a sitting capacity of 400. 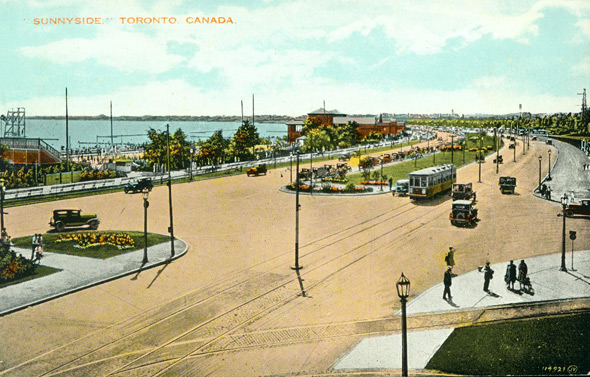 In order to attract more visitors to the amusement park, the first annual Miss Toronto contest was organized albeit with some opposition, and held for the first time at the pavilion in 1926. Another event taking place at the pavilion each year was the Water Nymph Carnival, first organized on August 23, 1923, which aimed to encourage girls and women to learn swimming. Among these attractions, the venue also held dances to the live music of the in-house orchestra, as well as "by radio," a new invention, which quickly became a popular medium.

The rides and concession stands ceased to operate in 1955 and the park was subsequently demolished to make way for the Gardiner Expressway. Unlike the park, the pavilion, along with the nearby Palais Royale, was spared from the destruction, only to be continually neglected by the municipal government for the next several decades. 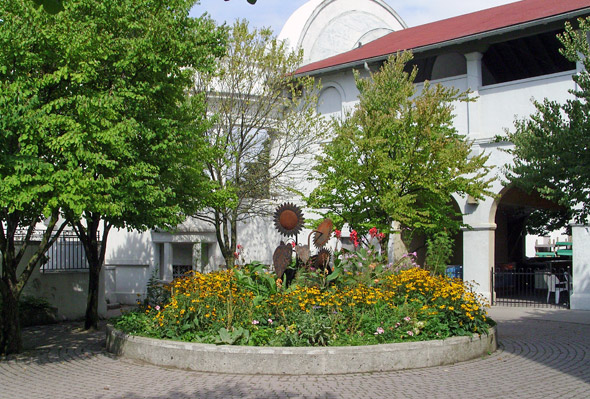 The city designated the structure as a heritage property in 1975, but it was only restored due to the grassroots efforts of the Parkdale Village Foundation, which collected over $1 million towards the partial restoration of the building. As a result, it underwent an extensive renovation, including work on the roof, locker facilities, the refurbishing of the exterior walls, and was subsequently reopened on June 14, 1980. In 1996, the charming Sunnyside CafĂŠ opened, still occupying the venue, which also offers rentals for special functions.

And although nowadays the crowds of swimmers pale in comparison to those of Sunnyside's glory years, the beach and the pavilion are still widely used, particularly when the mercury spikes as it did last week. And along with the sun, beach-goers can soak up a little history too. 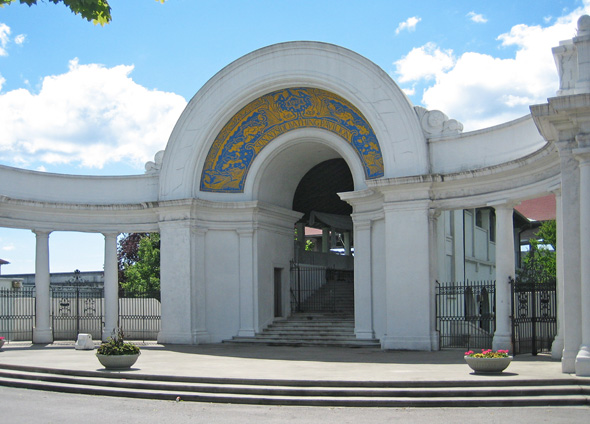 Image credits: postcards are from author's collection, the black and white photos are from the Toronto Archives (series and fond information at the bottom of each), and the contemporary photos of the pavilion garden and pool are from the Wikimedia Commons.