Enormous caverns and trenches are in the process of forming Metrolinx's new Finch West LRT, the next light rail transit project unfolding in the city, planned to bring another 18 stops and 11 kilometres of track to Toronto's rapid transit system.

The next major transit line set to enter service after the Eglinton Crosstown LRT goes online later this year, the Finch West line will travel along Finch Avenue West from Keele Street to Highway 27 before turning south to serve the Humber College north campus.

The line is still at least a year away, and knowing Toronto transit projects, delays are always possible.

Most of the construction is happening in pits and trenches beyond the views of passersby, but there's some evident progress happening at the line's almost-complete storage and maintenance facility.

A huge milestone in the LRT's construction was surpassed in January when crews conducted the first-ever test of a light rail vehicle (LRVs) at the storage and maintenance facility. 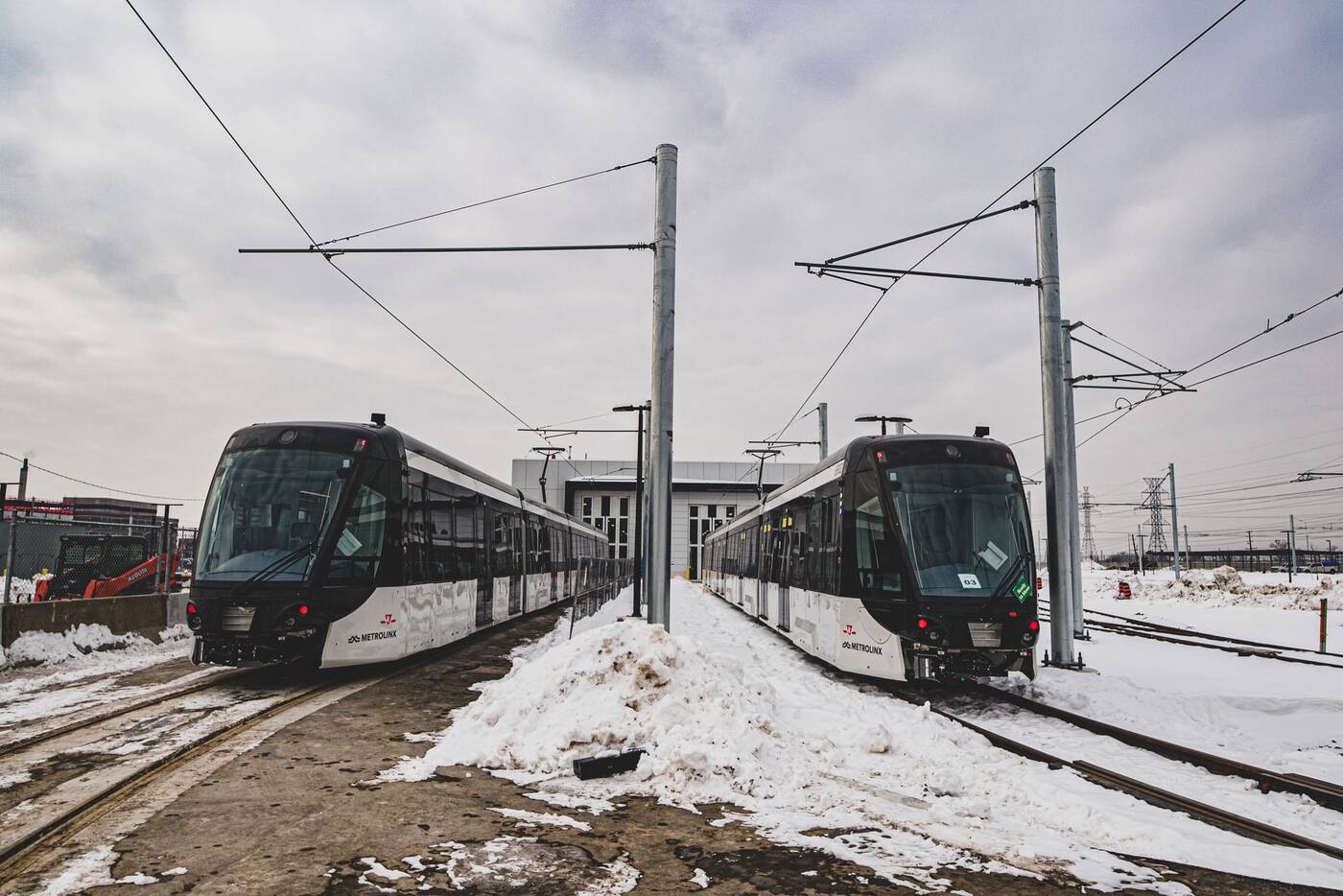 The test saw the Alstom Citadis Spirit LRV travel a relatively short distance — just a 700-metre stretch — on a section of track at the facility, which involved preliminary tests and pre-checks to brakes, doors, and power systems before the test drive.

It wasn't a particularly fast test run, the LRV only travelling between 2-5 km/h to allow close monitoring and safety, with specific attention paid to the overhead catenary system and rail wheel-track interface.

This information will help Metrolinx in further tests, which will explore the finer technical aspects of the LRVs, like how the vehicles communicate with each other along the line.

January's test was just a prelude to the more extensive main line vehicle testing scheduled to be carried out later this year.

If delays don't run the project off the rails, the Finch West LRT will enter service as the TTC's Line 6 in 2023.