Every year, thousands of dogs are sent to a so-called dog meat festival in Yulin, Guangxi, China, for the purpose of food. Now there is way help save these dogs right here in Toronto.

The global animal welfare organization No Dogs Left Behind (NDLB) has opened its first safe house in Toronto, the organization just announced.

This is the first expansion of its kind for NDLB outside of East Asia.

The U.S. organization is not the first to help rescue dogs from the meat festival in Yulin. Toronto resident Magnus Khun Purdy started A Better Spot Foundation this year and is now holding a raffle to support his efforts.

NDLB, a U.S. based nonprofit organization, works with people on the ground in East Asia.

With help from hundreds of local activists, Jeff Beri, the founder and president of the organization, rescues dogs from the annual the Yulin Dog Meat Festival, as well as slaughterhouses, dog meat trucks, wet markets and illegal dog traffickers.

The dogs then go to one of the organization's three sanctuaries in East Asia where they receive medical care, nutritional support and rehabilitation. The dogs stay in NDLB's sanctuaries until they are adopted into homes in the United States, Canada or the U.K.

The move to open a safe house in Toronto came after the organization, which is primarily located in East Asia with headquarters in New York, could no longer bring dogs from China into the U.S. 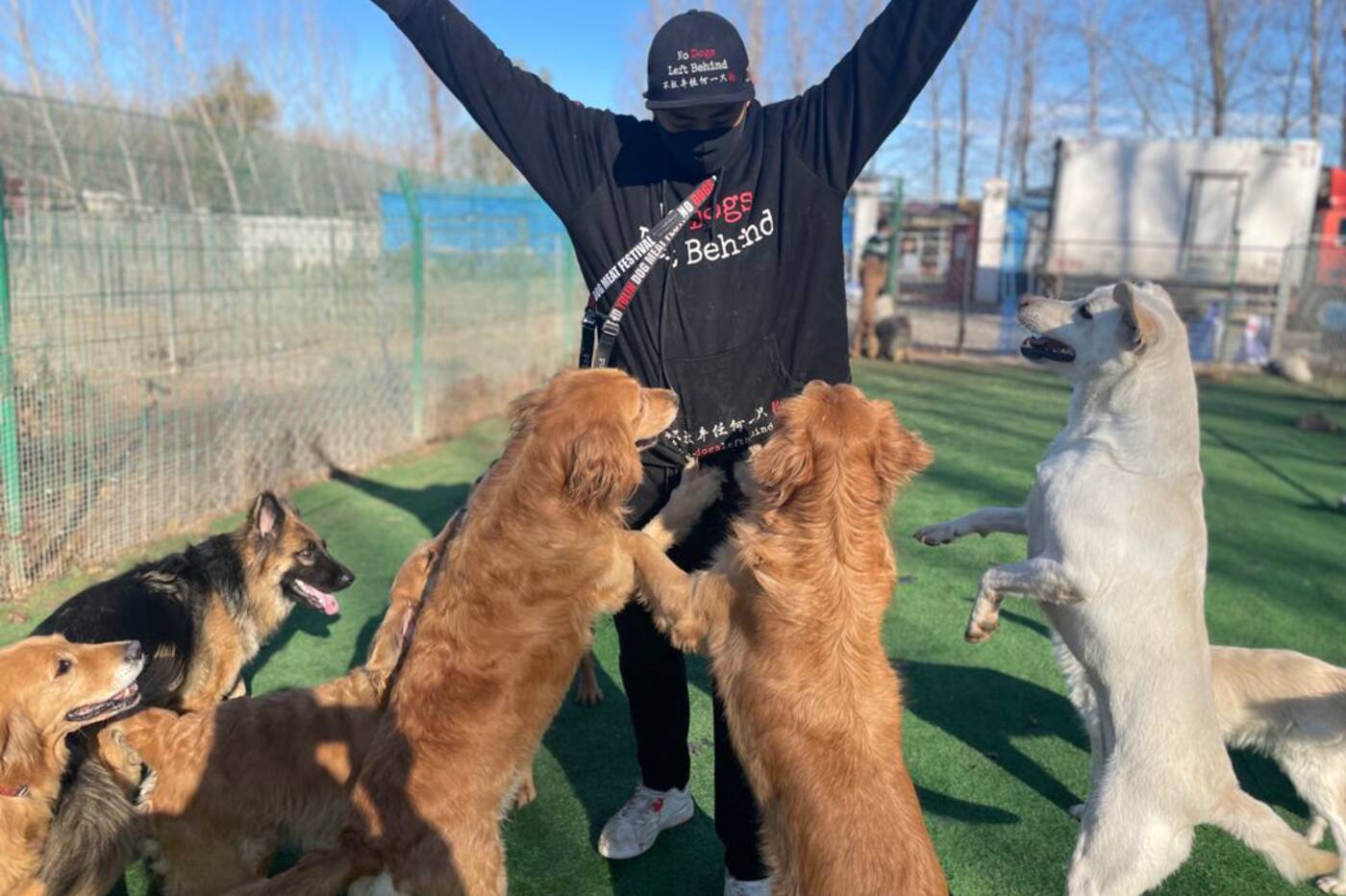 The safe house in Toronto will include areas for dogs to run and play.

The U.S. Centers for Disease Control and Prevention indefinitely suspended the importation of dogs into the United States from 113 countries including China.

"This suspension was a complete surprise to all international rescues, and at the time, we had 112 dogs that had American adopters waiting to welcome them home," says Jacqueline Finnegan, NDLB vice president and CEO of USA Operations.

"We recognized that this suspension would likely remain in place for the foreseeable future and we took immediate steps to grow the foundation so that we could continue to adopt out the dogs that we rescue."

Beri arrived in Toronto on Nov. 11 to personally open the safe house at 15 Reesor Road in Scarborough and ensure it operates according to all of the same protocols NDLB employs in the other three sanctuaries it operates. It is expected to be fully operational within the next four weeks, Finnegan tells blogTO.

Once fully finished, the Toronto location will accommodate up to 30 (maybe more) dogs at any given time, she says.

"We have always adopted dogs to Canadian citizens, so choosing Canada as the location for our first Safe House in North America was an easy decision," Beri says.

The Safe House will include kennels, indoor and outdoor play areas, and large parks for the dogs to play in throughout the day. A key part of the operations will focus on socializing the dogs so that they are fully adjusted and ready to become part of a family when they are finally united with their adopters.

"The welcome we have received from everyone in Canada has been overwhelming," says Beri.

"We are so grateful to all of the amazing Canadians who have opened up their homes and their hearts to our survivors, whether as fosters or adopters, and to all of the new volunteers who have joined the NDLB family in the recent months to help us with transports and our Safe House."

Finnegan says they are in need of donations to help get the Safe House up and running, volunteers to help play with and care for the dogs, and fosters and adopters.

No Dogs Left Behind