Toronto remains Canada's gun crime capital, and a recent spate of shootings in the city is shining a spotlight on a problem that appears to be growing worse every year.

Hoping to quell some of the public's concern about the wave of violent crime, specifically the high number of shootings in recent weeks, top cops held a press conference this morning at Toronto Police Headquarters, providing an update on what is being done to keep the city safe.

Public safety data compiled by the Toronto Police through Oct. 31 shows a total of 350 shooting events and 179 persons killed or injured. While these numbers represent respective declines of 16.3 per cent and 7.7 per cent, the number of deaths is actually up this year.

A total of 40 shooting deaths is three higher than this time last year, for an 8.1 per cent increase. Shootings account for more than half of the 74 homicides on record for 2021 in Toronto, up 21.3 per cent over last year. 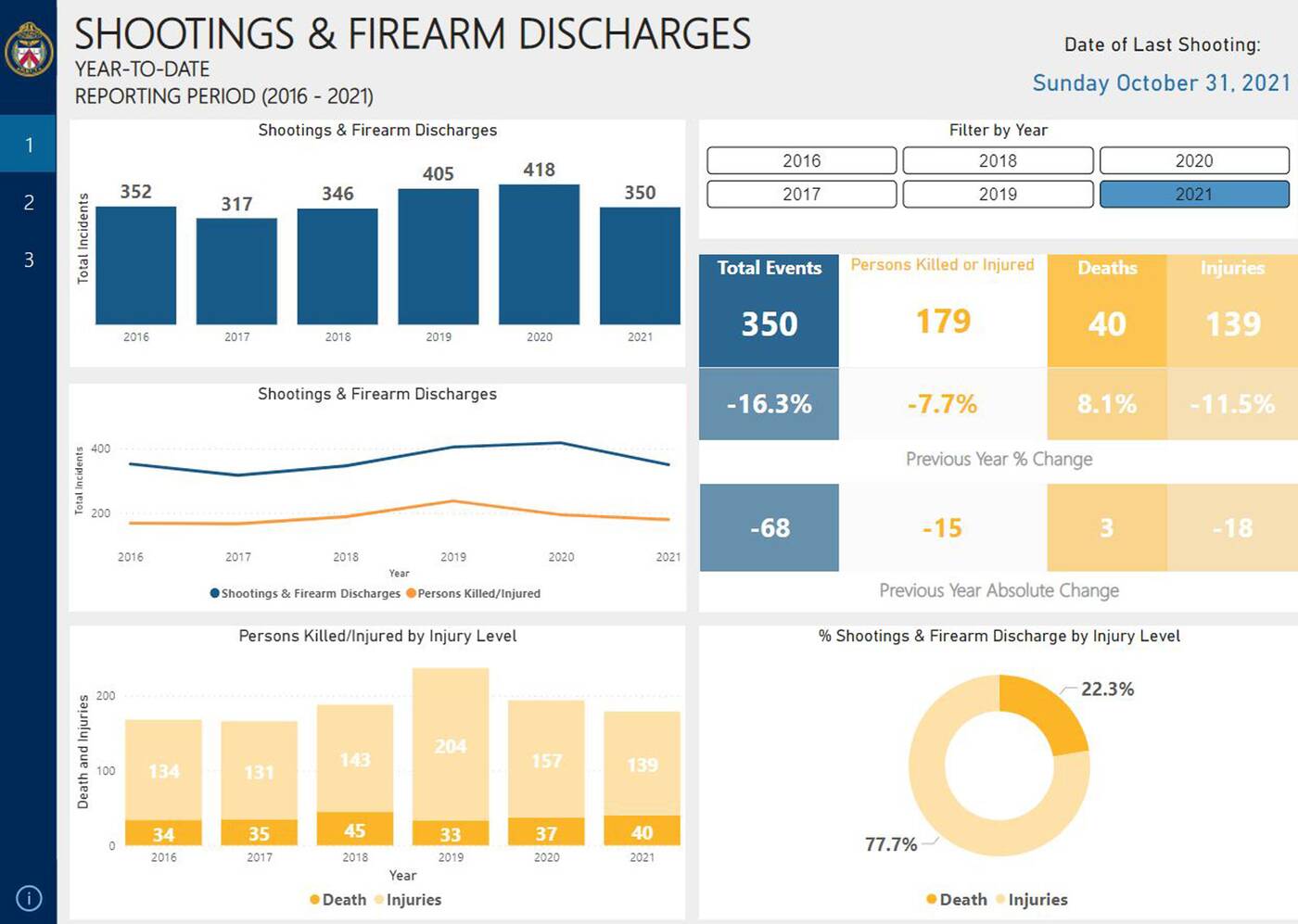 "Although we have seen a 17 per cent reduction in the number of shootings this year, we know those numbers do not reflect the impact any shooting incident has on loved ones and the communities in which they happen," said Chief of Police James Ramer.

And while the cops are stressing the declining number of shootings, the number of gun deaths this year is part of a disturbing trend, the 40 recorded shooting deaths higher than the end of October rates for four of the last five years.

Still, while some see gun control laws as an ineffective solution to a growing problem, one only has to look to similarly-sized US cities with comparatively lax gun laws and significantly higher crime rates to get a sense of how much worse it could be.