It seems we can't even go a full week without being subjected to more anti-vax madness from Ontario Premier Doug Ford's eldest daughter Krista Haynes (née Ford) via Instagram.

The 30-year-old self-proclaimed lover of "Jesus + Freedom" — who can probably stop referring to herself as a police wife on her private IG profile — must be a lot of fun at parties, but only the kind of parties held indoors in mid-2020.

Less than a week after a sweaty cardio rant, her latest in a series of anti-vax ramblings includes a string of IG stories taking aim at booster programs and vaccination mandates.

The posts add to her previous rants on the efficacy of vaccines, vaccine passports, and why people should wear poppies and not masks, and the shtick is really starting to get old.

Haynes' posting of an obviously fake and satirical Pfizer loyalty card (with a free toaster after the seventh booster!) has been the subject of ridicule.

Krista Haynes (née Ford @fordnation) wrongly implies that building immunity with “booster” shots is sketchy, such that people need to be bribed with appliances.

If Pfizer recipients get a toaster, do people who received Moderna shots get a blender?#cdnpoli #antivaxxers #onpoli pic.twitter.com/SWhE5DAXXf

Multiple toaster-related GIFs and comments make light of the situation's ridiculousness, Haynes pressing forth with her vocal campaign against science, all as her father is faced with regular briefings from experts on rising case counts and the concerning new omicron variant.

It was probably not Haynes' intention, but some actually think a rewards program would be a good idea to incentivize inoculation.

What do I need to take for an Instant Pot?!

Still, others would like to see different appliances offered in this hypothetical, clearly never going to happen, rewards program.

Blenders are so last year!! Air friers is what Moderna gives out now.

But the cringeworthy, disconnected-from-reality posting didn't end there. Haynes also shared a (three-page) letter from Los Angeles County Sheriff Alex Villanueva claiming that employee vaccination data could be shared by the FBI with Chinese government officials.

This conspiracy theory is covered in depth by the Los Angeles Times, FBI sources telling the outlet that no such arrangement exists.

And somehow, that doesn't cover all the nonsense out of Haynes' IG account since her last sweaty meltdown. In another snippet from one of her controversial IG stories, Haynes openly advocates for parents to deprive their children of vaccines. 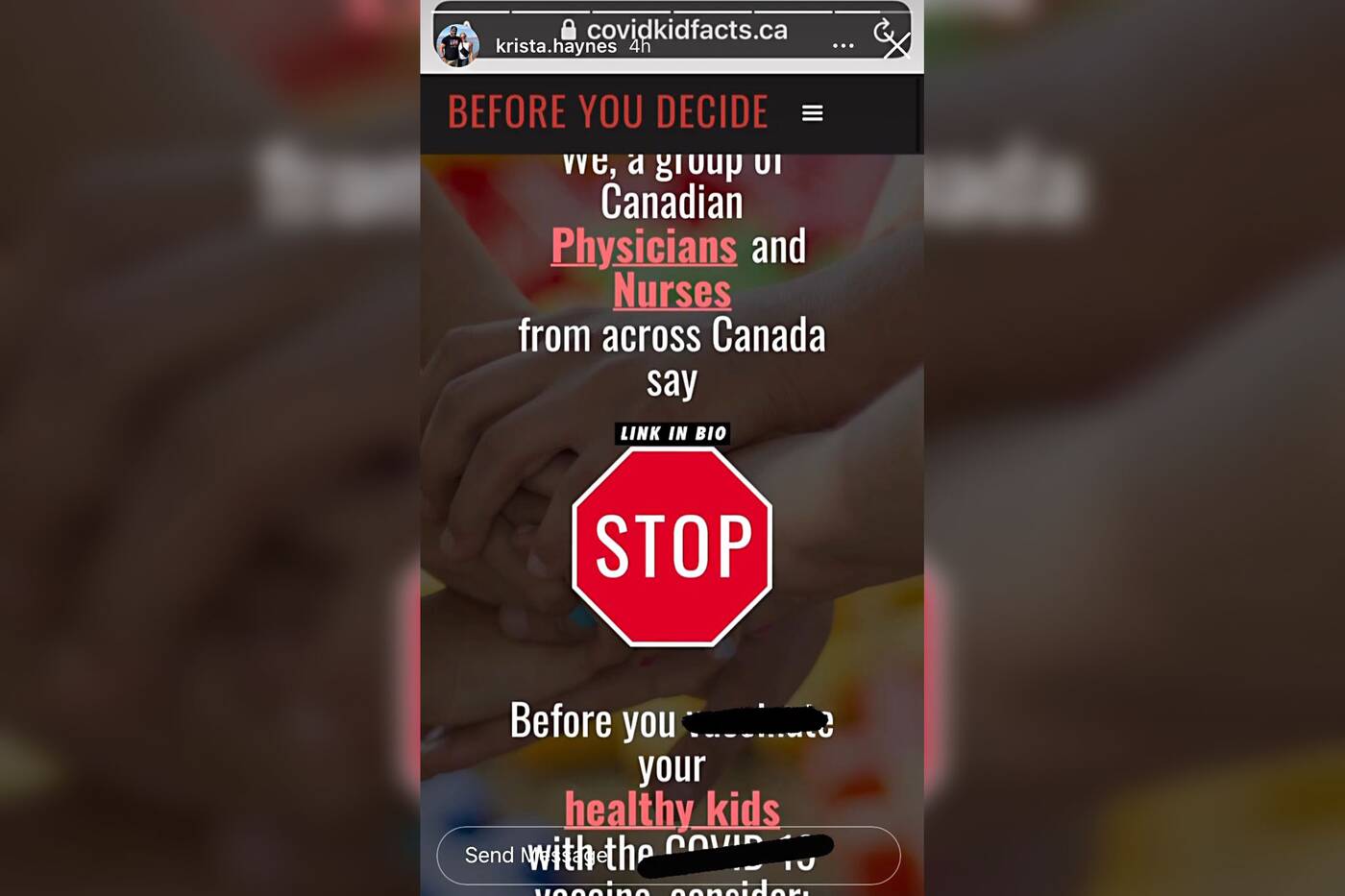 It's all remarkably unsurprising at this point, and it likely won't be much longer before Haynes offers up something else crazy to collectively scratch our heads at.