The health crisis has had such a substantial economic impact on individuals and businesses that it has been in too many cases irrevocable, and though some of us are lucky enough to have jobs — as different as they may now look than pre-COVID — there are still some people who have yet to be able to return to work due to lockdown.

Data from the City of Toronto shows just how drastic the hit was to employment numbers last year, and though it seems that even more men in the city are back at work than before the pandemic, this is not at all the case for women.

As pointed out by City Hall Watcher creator Matt Elliott, there is a huge disparity between how many men and women currently part of the workforce in Toronto.

Traditionally, the number of women in the city who are employed full- or part-time is about 90 per cent of the number of men who are likewise employed. 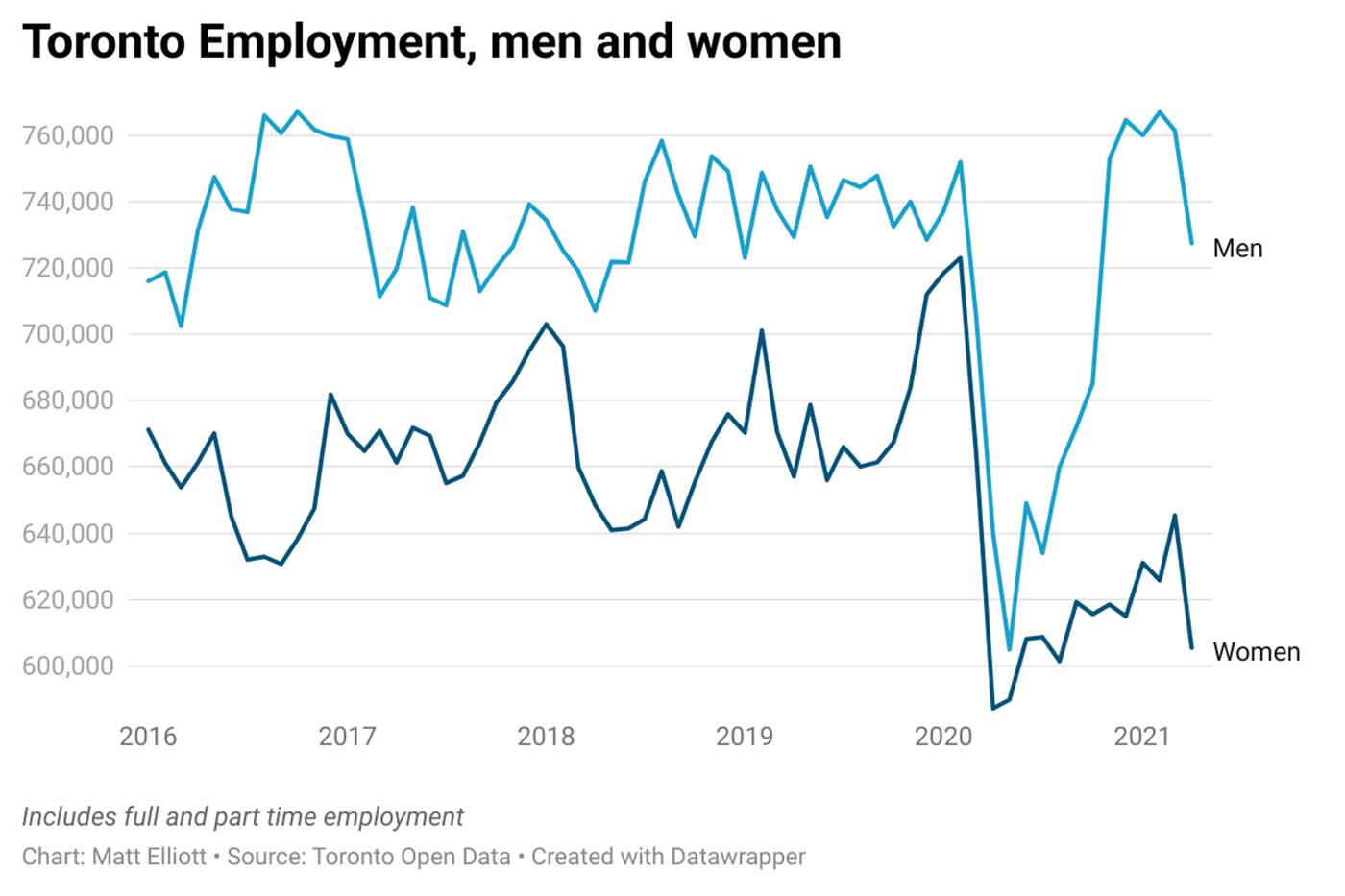 After a drastic fall in employment across the board last spring — with a staggering unemployment rate of 11.5 per cent by the fall — men appeared to return to work far quicker than women, and more of them, too.

Based on spring 2021 figures from the city, less than 610,000 women in Toronto are employed at all, a fall from just shy of 650,000 earlier in the year before the emergency shutdown and stay-at-home order.

As Elliott notes, a more notable gap for the month of April can't be found in the data until as far back as 1993.

Unfortunately, it's at this point well-documented that women have suffered more job loss due to COVID-19 than men worldwide, in part due to the fact that more women work in face-to-face positions in service, hospitality, travel and other sectors.

There is also the fact that the switch to virtual learning and a lack of childcare options has necessitated many parents stay at home with their kids, a burden that more often tends to fall onto women.

Hopefully, as the city gradually reopens starting this month, this imbalance can right itself and bring these numbers back closer to normal ratios as more parts of the economy reopen and more individuals return to work at long last.