An abandoned boat in Humber Bay Park become the centre of discussion on the long weekend after it started to sink. Members of the Humber Bay Shores Discussion Facebook group raised concerns about the boat leaking fluids into the lake.

Crews arrived the morning of Feb. 13, and the boat was hauled out of the water with a large crane.

"Definitely a complex operation," one person, who was watching the boat removal, posted. "Pumping water onto the ice to thaw the boat out, swimming around it to put the straps in place... Lifting of the boat will have to be gradual because of the weight." 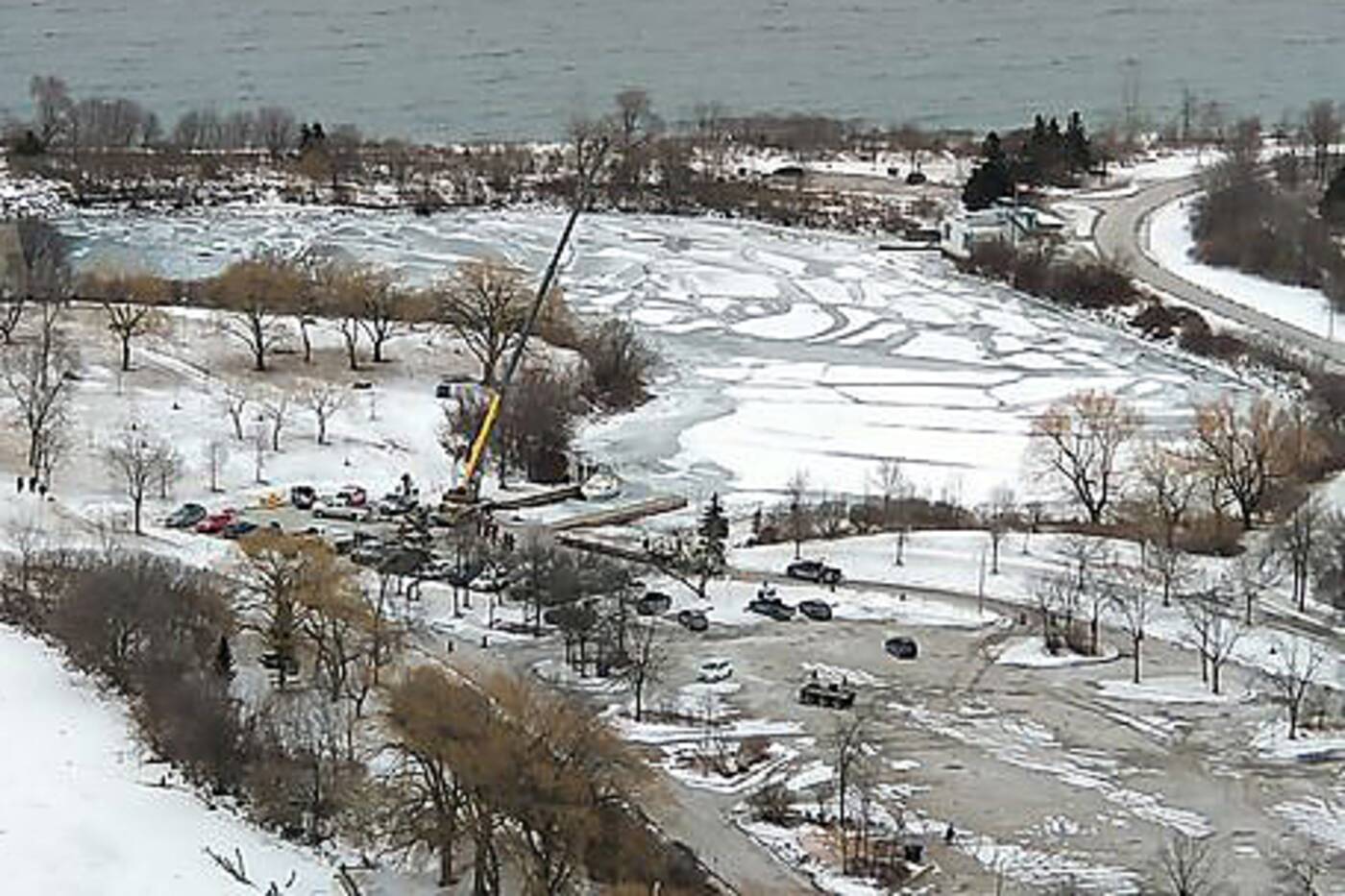 A crew removed the boat abandoned in Humber Bay on Feb. 13.

The boat was removed because there was "a substance that was leaking from the boat," Transport Canada told blogTO.

When an abandoned vessel poses an immediate threat to the environment, it is the responsibility of the Canadian Coast Guard, Transport Canada said.

The Coast Guard contacted the Ontario Regional Office of the Navigation Protection Program (NPP) and they removed the boat at Humber Bay Park.

The cost to remove an abandoned vessel should fall to the owner of the boat — if they can be located.

Under the Wrecked, Abandoned or Hazardous Vessels Act, the owners are liable for addressing their vessel when it is abandoned, dilapidated, or wrecked.

"Should their vessel be towed, they would be responsible for the cost," Transport Canada said.

Humber Bay residents told blogTO the person who owned the boat left a marina to find cheaper storage, then tried to sell it but had no luck.

Under the Wrecked, Abandoned or Hazardous Vessels Act, boat owners can be fined for knowingly causing a vessel to sink or partially sink. 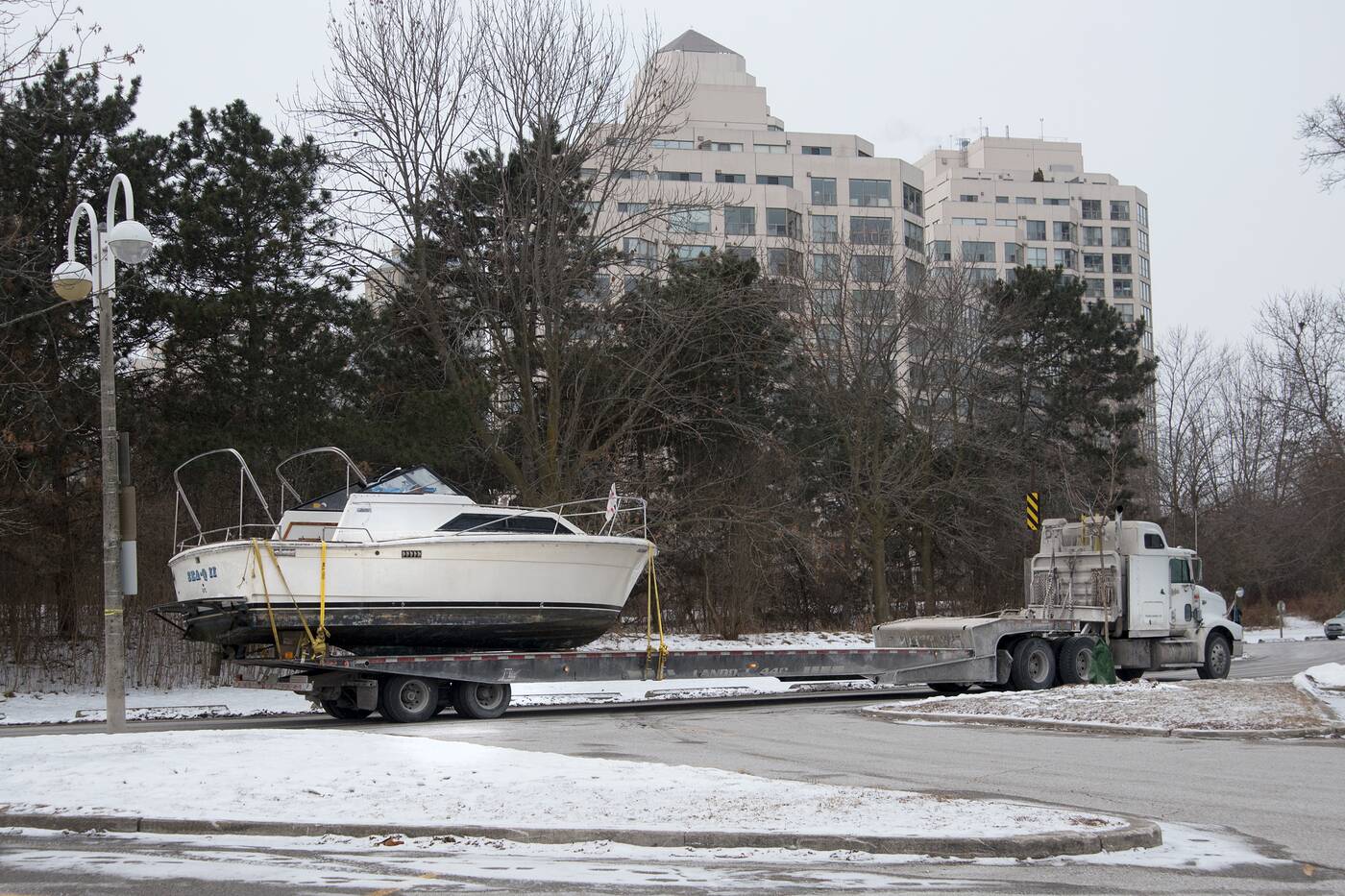 After being pulled from the water, the boat was finally towed away from Humber Bay on Feb. 13.  Karen Longwell photo

If the owner of the boat is found, they could face a maximum fine of $5,000 for abandoning the vessel. For more serious violations an individual could be fined up to $50,000 and up to $6 million for corporations.

Since the act came into force in July 2019, five boats have been investigated as abandoned in Toronto. One was removed by a third party and another four were found to comply with the act and no other action was required.

If there is no safety hazard the boat may be left, and Transport Canada's Navigation Protection Program can help locate the owner who is responsible for removing the boat.