The boat was tied to a public dock and appeared to be damaged, likely due to frigid temperatures last winter.

It was sinking at one point, according to a post in the Humber Bay Shores Discussion Facebook group. People noticed the boat had been tied to public moorings for many months. 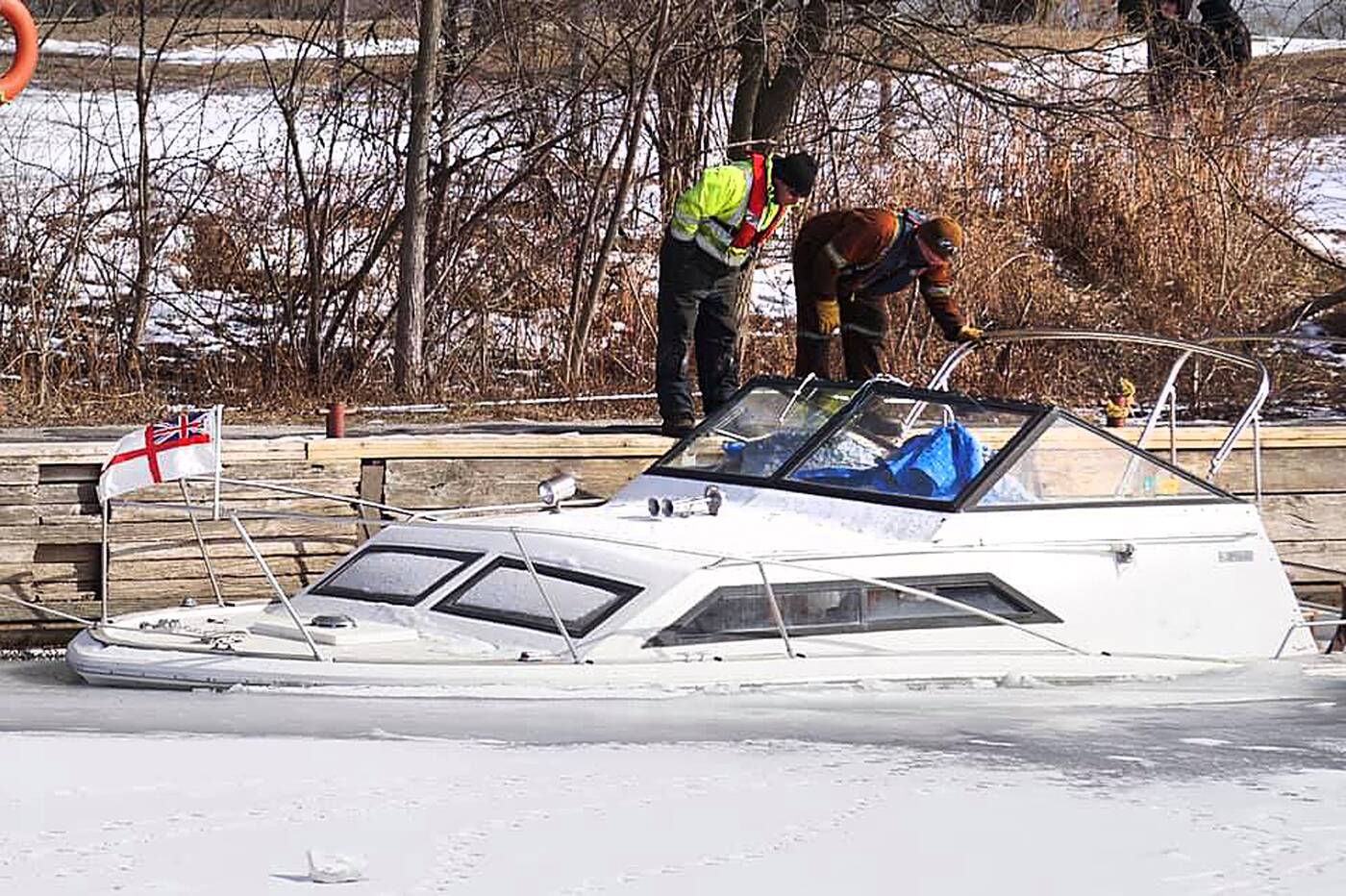 "Anybody know what the deal is with this boat? Been here a few months but now it's finally sunk," Michael Ventrella posted.

"Now the sunken boat is a biohazard as fluids might be leaking into the lake," one resident said. 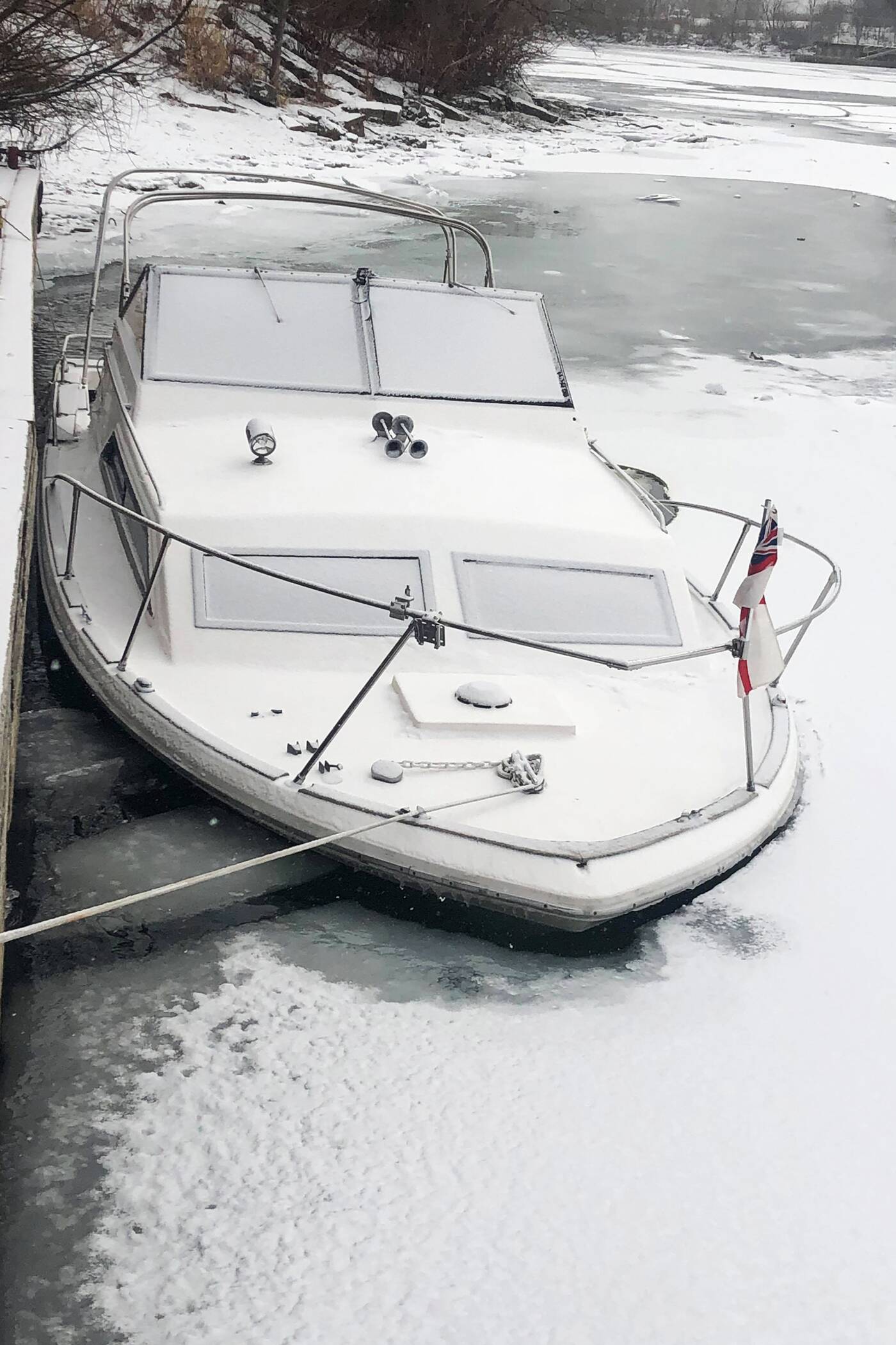 The boat was tied to a public dock, which is only meant for brief stops. Photo by @torontopwc

Others suggested the government would have to remove the boat.

"That's ok...tax payers will foot the bill for salvage as per usual," one person said.

When the boat is at a public dock, the City of Toronto told blogTO that Transport Canada is responsible for abandoned boats.

When boats pose an immediate risk to public safety due to fire or explosion, people should call 911, according to Transport Canada.

Boats leaking fluid and posing an immediate threat to the environment are the responsibility of the Canadian Coast Guard. 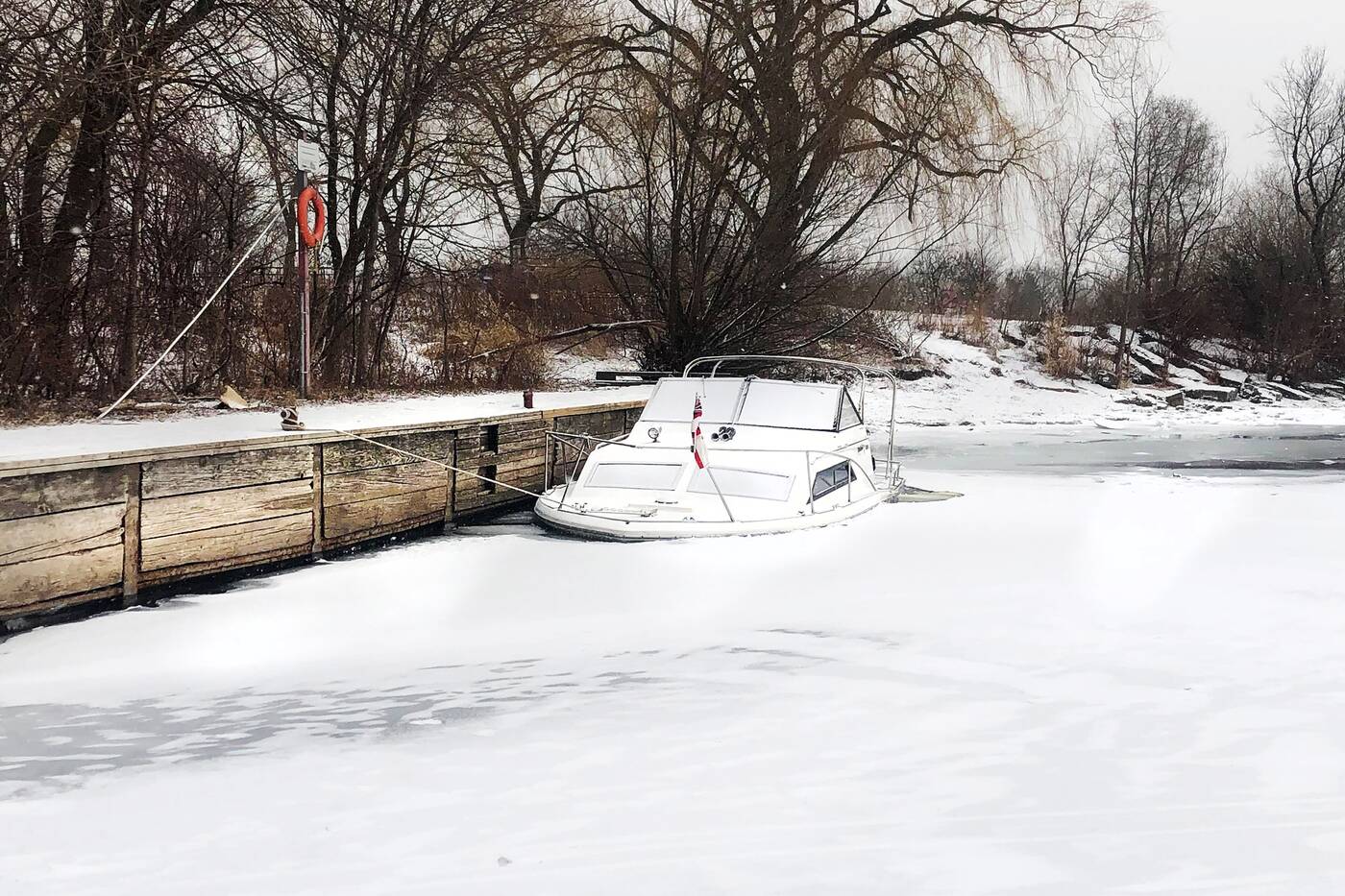 The abandoned boat in Humber Bay.  Photo by @torontopwc

Transport Canada's Navigation Protection Program assists if a boat or wreck poses a potential, actual or immediate threat to safe navigation (because it makes navigation dangerous or blocks other boats from a passage).

If none of the above apply, then the Transport Canada's Navigation Protection Program can help locate the owner who is responsible for removing the boat. 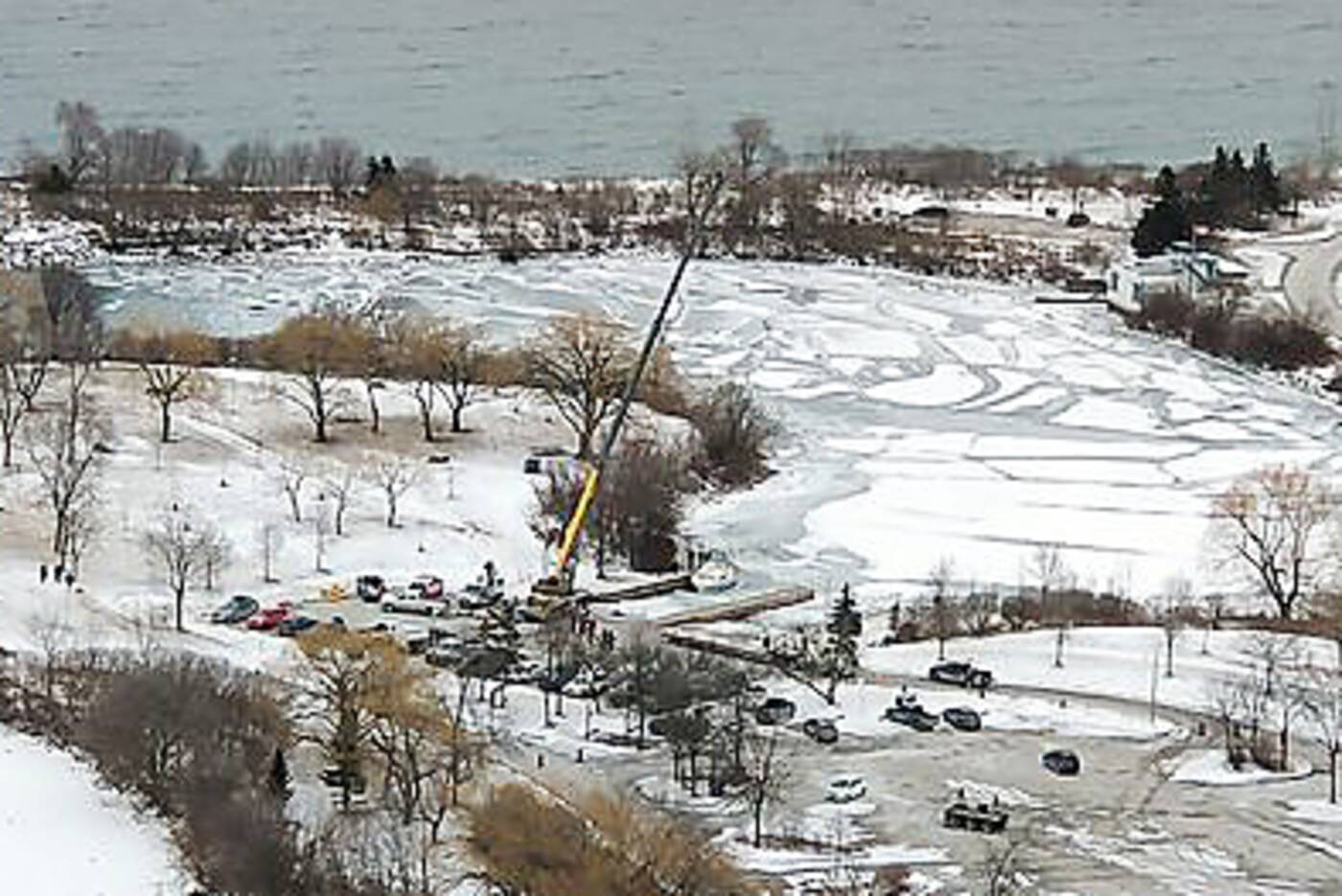 On Feb. 13 crews were removing the boat in Humber Bay.

The boat that appeared last year was eventually removed with heavy equipment according to posts on Humber Bay Shores Discussion.