An unusual black and white squirrel is capturing the attention of people in Toronto, and recently the cute rodent seems to be posing for photos.

Toronto seems to have an affinity for squirrels — particularly the famous white squirrel. Predominantly seen in Trinity-Bellwoods Park, the little genetic anomalies have been the subject of art installations, the inspiration for costumes, the namesake of a business and a laneway in the area, and more.

Marc Taylor posted a photo of the squirrel on the Weird Toronto Facebook group. The squirrel looks directly at the camera and appears friendly. Taylor told blogTO he has seen the squirrel quite a few times.

"There are no other squirrels like him in the area," Taylor said. "Unlike the albino squirrels at Trinity there's... no colony of this type of squirrel..." 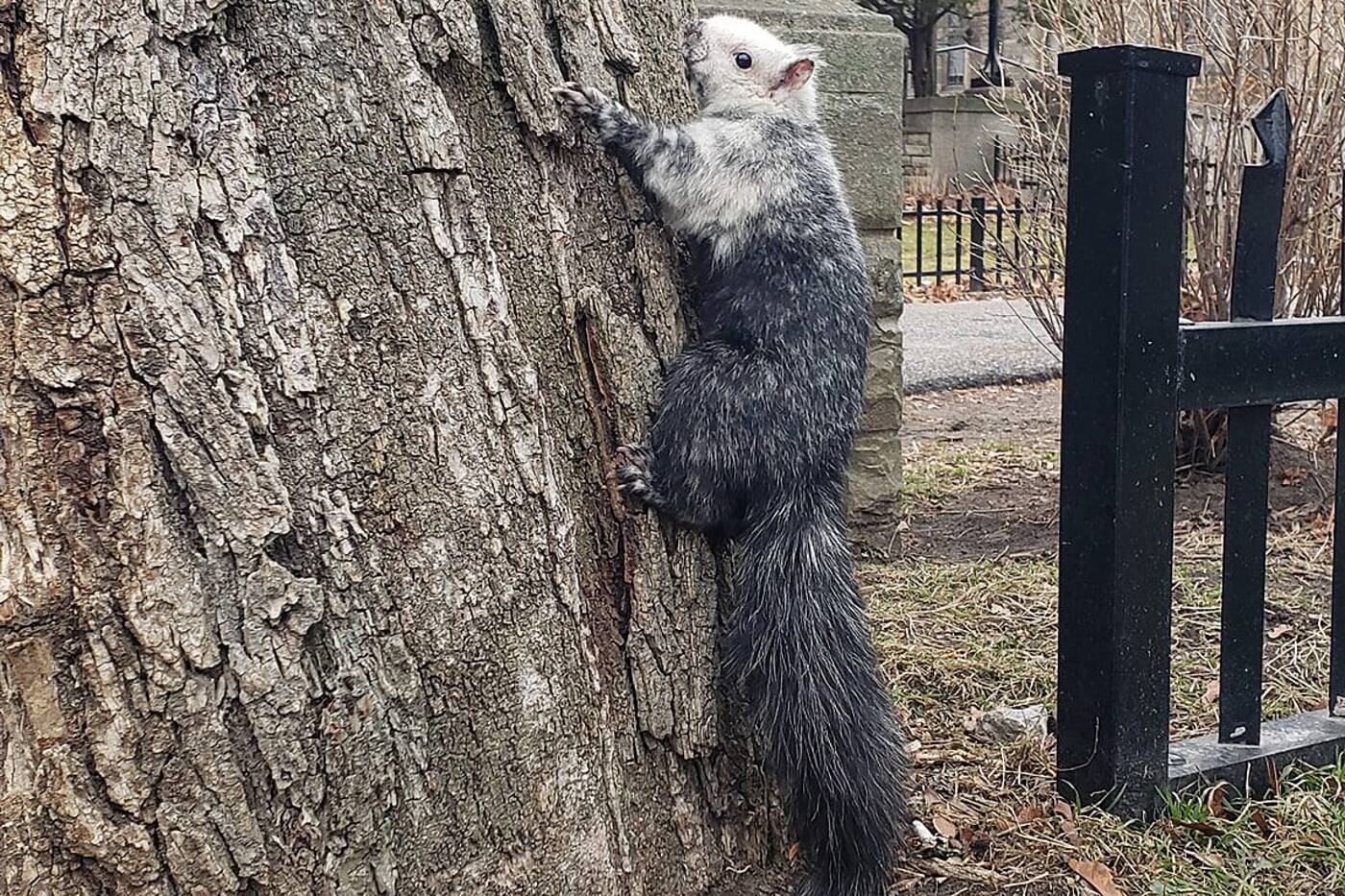 Marc Taylor took a few photos of the black and white squirell in Toronto.

When people in the city first started to notice the squirrel over a month ago, Dr. John L. Koprowski, Dean and Professor at the University of Wyoming's Haub School of Environment and Natural Resources and one of the world's foremost experts on squirrels, told blogTO the animal is an eastern grey squirrel and the white hair is the result of the cells that produce colour not doing their job.

Striking as the animal's coat may be, Koprowski said the pattern could have formed in response to prior illness or injury.

Unusual as it is, squirrels with different coloured coats are found sometimes. A black and white squirrel has been spotted in Wisconsin recently.

There are white squirrels found in other parts of the world. The Daily Mail reports white squirrels in Bedfordshire. Different squirrel colours have been found — including grey and blonde combination, but they are the same species expressing genetic variations.

This particular type of white and black squirrel appears to be unique in Toronto and people are enjoying the little guy.

"I love this beautiful little creature!" one person wrote on Weird Toronto.

Someone even suggested the rodent should have its own Instagram page.

"I have never seen a squirrel like that," the poster noted. "And I've seen a lot of squirrels."

Let's hope the black and white squirrel sticks around for a while and does get its own social media following. We could all use the distraction.