An independent investigation into a disturbing incident on Toronto's 501 streetcar has concluded with the finding that three TTC officers used "unnecessary force" against a passenger who refused to provide proof of payment earlier this year.

The altercation in question first made headlines on Feb. 7, 2020, when a fellow passenger captured part of the scuffle on camera and shared it via Twitter.

Just 12 seconds long, that video clip prompted immediate outcry among members of the public and advocates who've long been criticizing the TTC's heavy-handed fare enforcement techniques — which, in this case, involved at least one officer punching the customer while another doused him in pepper spray.

An altercation broke out between two fare inspectors and a TTC rider on the 501 streetcar this morning #Toronto #TTC pic.twitter.com/gTDcNQ3feI

This is not the first time that TTC guards have come under fire for what Toronto Ombudsman Susan Opler describes as "unacceptable violent interactions" with "marginalized members of our community, including people who are racialized, are experiencing homelessness, have lower incomes and/or may be living with mental health challenges or other disabilities."

Knowing this, Opler reached out to TTC management immediately after learning of the 501 streetcar pepper spray incident to ask for action.

The transit agency subsequently retained Rubin Thomlinson LLP to conduct an investigation into what had happened — the results of which were recently publicized in a report that will go before the TTC Board this week.

This report is not throwing anybody under a bus that doesn't deserve to be under a bus ......been exposed to excessive force by TTC special constables When I think back they kinda got off on mistreating me @BenSpurr https://t.co/EhUCzTTYN8

After a "very fast-moving struggle, during which they flailed their arms, pushed, and punched each other," one special constable is said to have pushed the man into a seat. The second then "deployed OC [oleoresin capsicum] spray."

The investigation also found that "while her assistance was not requested, fare inspector 1 applied a pressure point in which she pressed two of her fingers against the base of the passenger's neck for approximately 35 seconds."

While TTC special constables have the legal authority to use force when a situation demands it, fare inspectors do not.

The report also concluded that the special constables "discriminated against" the passenger by applying unecessary force, based on their perceptions that he had a mental health condition.

Opler said in a Dec. 14 letter to members of the board that she was disappointed in what the report found, and she doesn't seem pleased with the TTC's proposed response either.

"On Dec. 4, 2020, I met with members of TTC management at their request, to discuss their proposed response to the investigation. I have had several discussions with senior members of the TTC leadership in the days since," she wrote in her letter to the board.

"My impression from those discussions was that they want to do the right thing by the public, and they appeared to welcome and appreciate my advice. However, I am concerned that TTC management would have done nothing without my intervention, or if this incident had not come to the public’s attention through social media."

ICYMI: This morning, we released an open letter from Ombudsman Susan E. Opler to TTC urging swift action amidst lingering systemic issues, including unacceptable violent interactions between TTC enforcement personnel and members of the public. https://t.co/4BMLHafp8p

Opler's immediate advice to the TTC was three-fold: Publicly release the entire Investigation Report (or a complete and impartial summary); publicly release the TTC's own video footage of the incident; and take steps to overturn the passenger in question's criminal conviction on two counts of Assaulting a Peace Officer.

"Fairness demands this, given that the convictions were premised on the TTC staff's version of the facts (namely that passenger 1 started the fight), which the independent investigation found to be untrue," wrote the ombudsman of the third recommendation.

TTC management have already complied with at least two of the recommendations: The Rubin Thomlinson report is available online, and the transit commission uploaded CCTV footage from the incident to its YouTube page on Monday.

"Based on the relevant evidence, I accepted that the perceived strength of the passenger's punches warranted the special constables applying some measure of force in order to subdue him," it reads. "Put another way, the punches from the special constables were reasonable, proportionate, and necessary in light of the passenger's own punches towards them."

The second video is much longer, running more than eight-and-a-half minutes, and depicts more of what happened leading up to the physical altercation.

We also see the passenger exchanging punches with the special constables before they handcuff him and then bend him over a seat for two minutes and 40 seconds.

This, too, was found by investigators to be unecessary "given that he had been handcuffed, no longer posed a threat, and posed a low risk of becoming assaultive, escaping, and/or accessing a weapon."

"I also note that the nature of this position did not appear to be particularly comfortable or dignified, given that he was bent at the waist at an approximately 90-degree angle, and over a seat."

In response to a violent incident between TTC staff & a member of the public, Ombudsman Opler has written an open letter urging the TTC to address lingering systemic issues: https://t.co/ZX2BQJ0V6F

The Ombudsman will attend the TTC Board meeting on Dec. 15 to answer questions. pic.twitter.com/3bVr5TDZ2C

"The Rubin Thomlinson Investigation Executive Summary has provided TTC staff with additional perspective on actions needed to change the culture and practices of Revenue Protection and Special Constable Services," wrote TTC management in its response letter, which is also set to go before the board on Tuesday.

"It is important to note the recommendations can be addressed through the work plans that are already underway. TTC staff are in the process of reviewing the uniforms, training, customer service practices, mandates, job roles and supporting organizational structures for the Revenue Protection and Special Constables Service departments."

"The TTC is committed to continuing its journey towards building a respectful and inclusive workplace culture by providing continuous education on anti-racism, human rights, accessibility, diversity and inclusion," the agency's management response document continues.

"While strategic programs are being put in place to attract, recruit and retain a diverse workforce that reflects the City that we operate in, we must also look inwardly at our workforce."

Toronto is celebrating its most disgusting bugs and it's already terrifying

Harrassment of Toronto Library workers is totally out of control 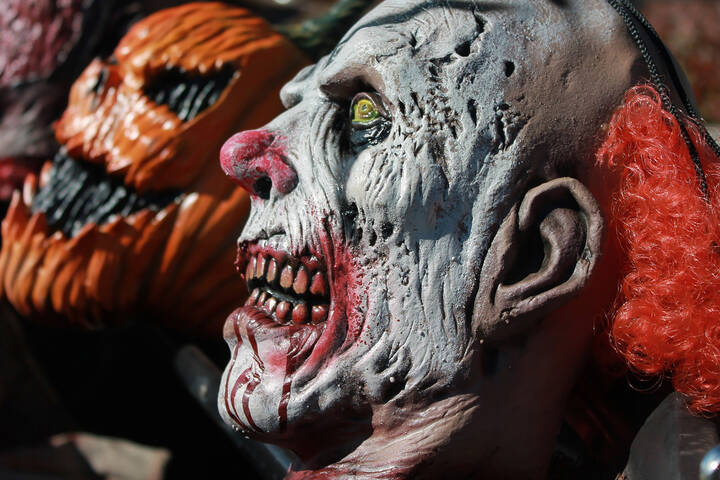 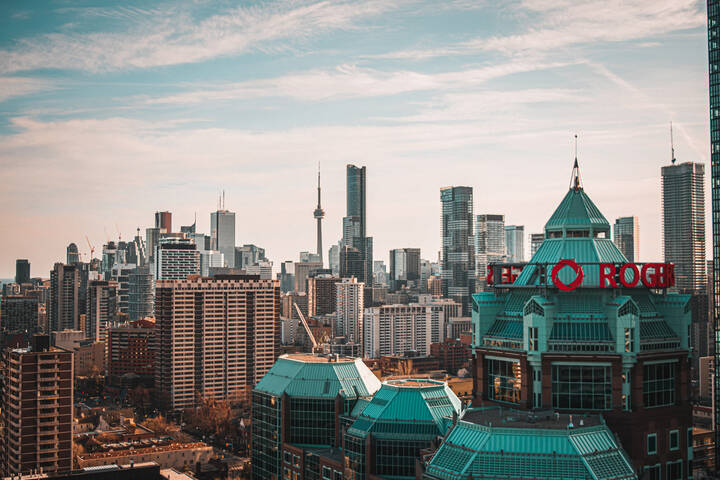 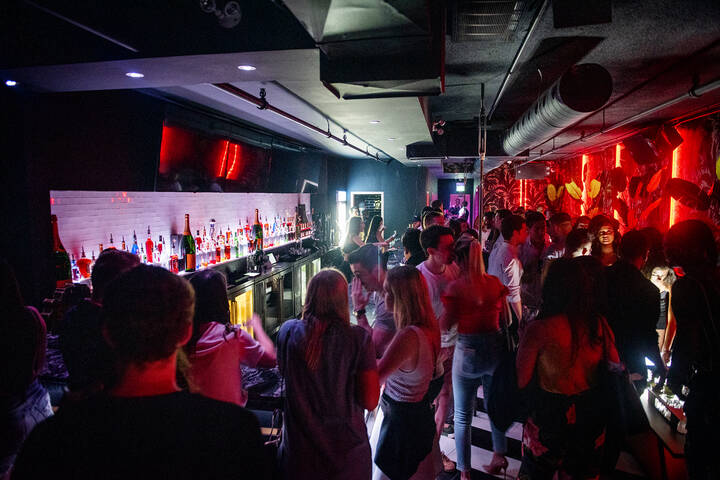 These are the settings still subject to capacity limits in Ontario 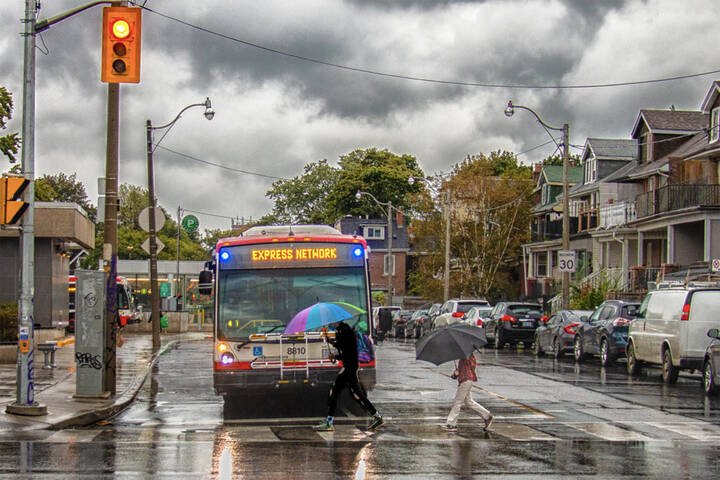