Craigleigh Gardens park is hidden beneath a canopy of trees and has access to the beautiful Milkman's Lane and the greater Don Valley trail system.

The secluded gem of a park is tucked away in the middle of Rosedale, one of Canada's wealthiest neighbourhoods and is surrounded by beautiful Victorian-style homes. 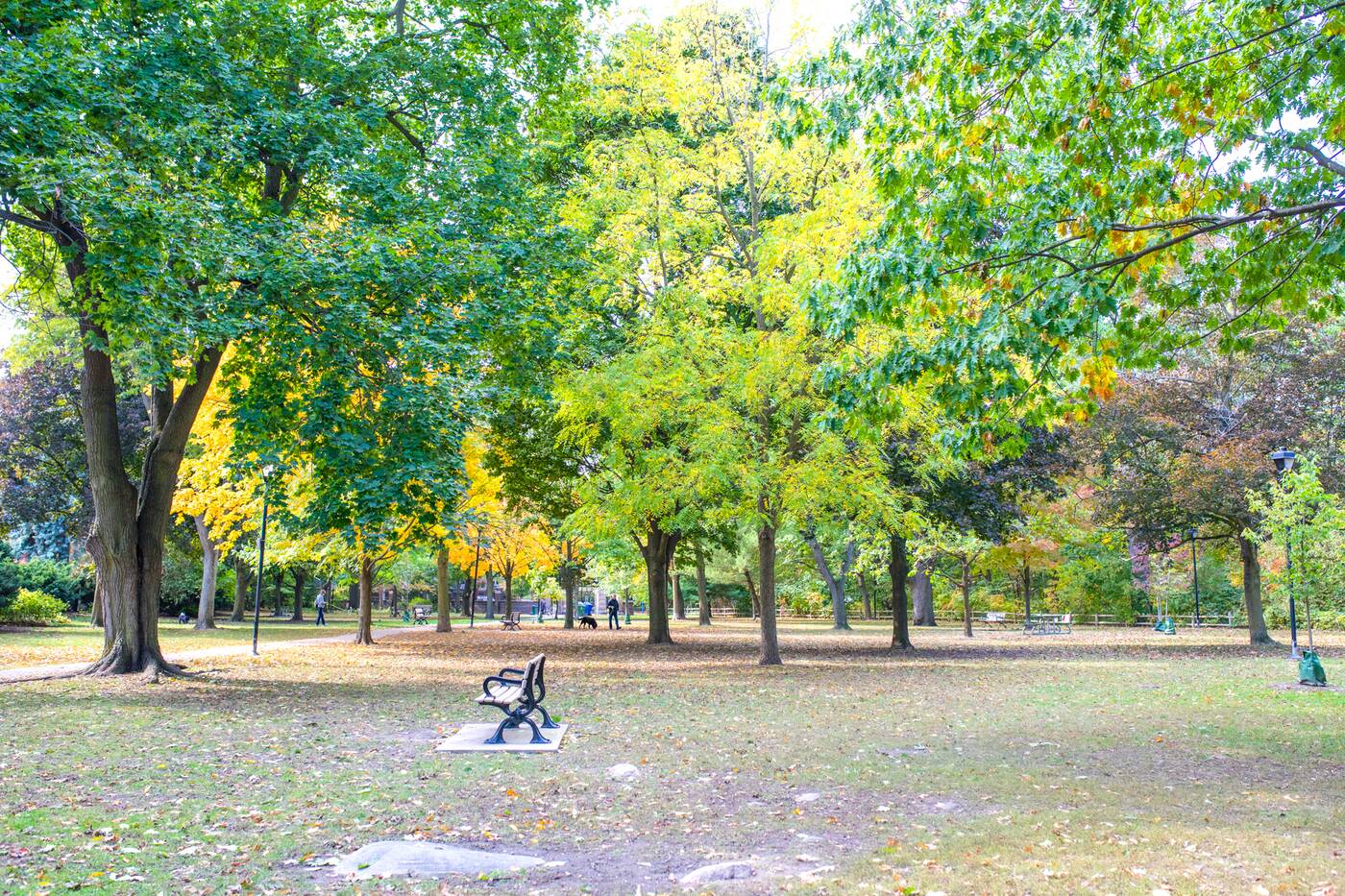 If coming by TTC, Castle Frank is the closest subway station, just a five-minute walk from the one entrance off Castle Frank Road and Hawthorne Avenue. 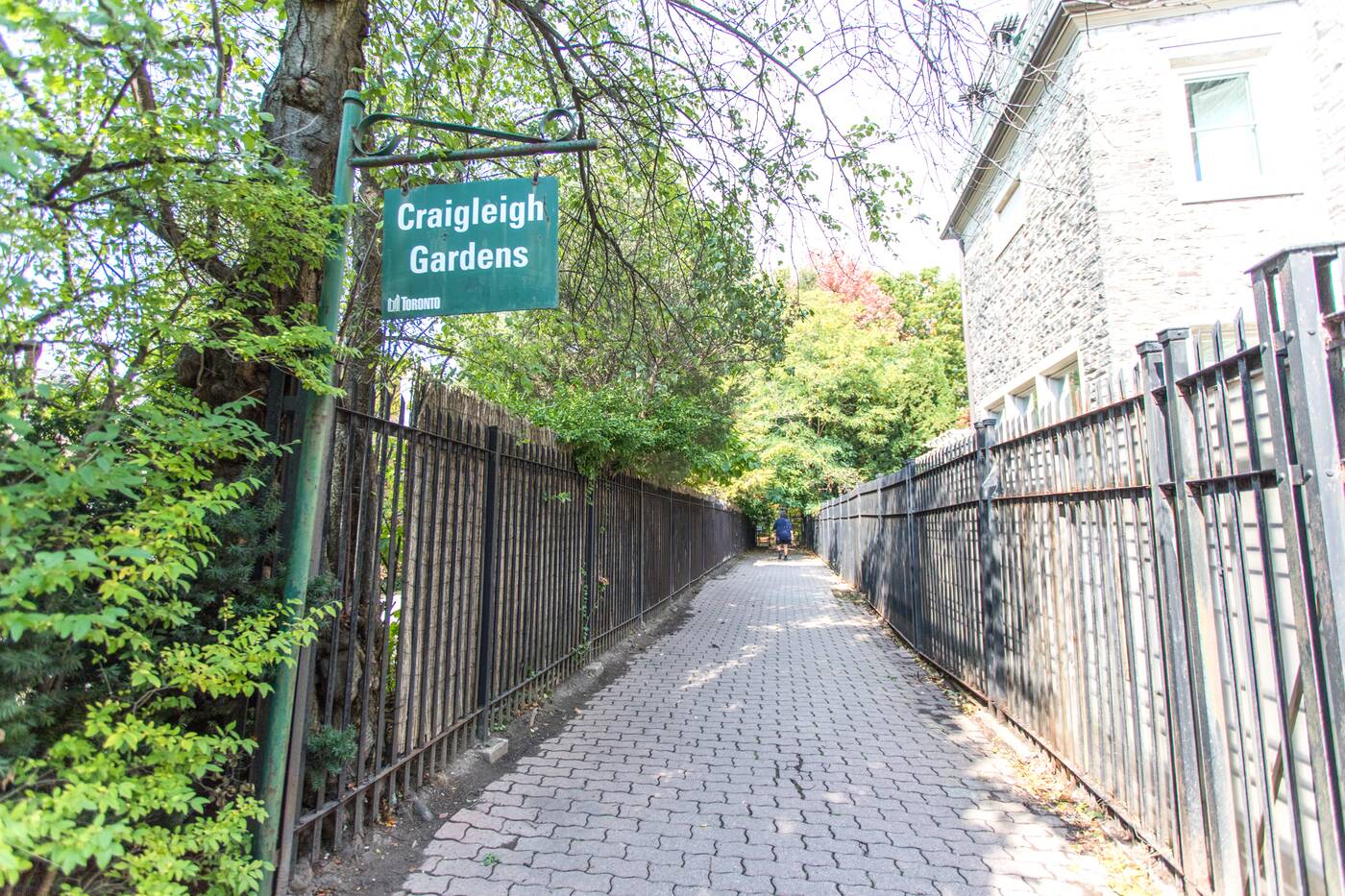 The gothic-style entrance off South Drive and Glen Road features ornamental gates that give access to a gated area full of mature trees. 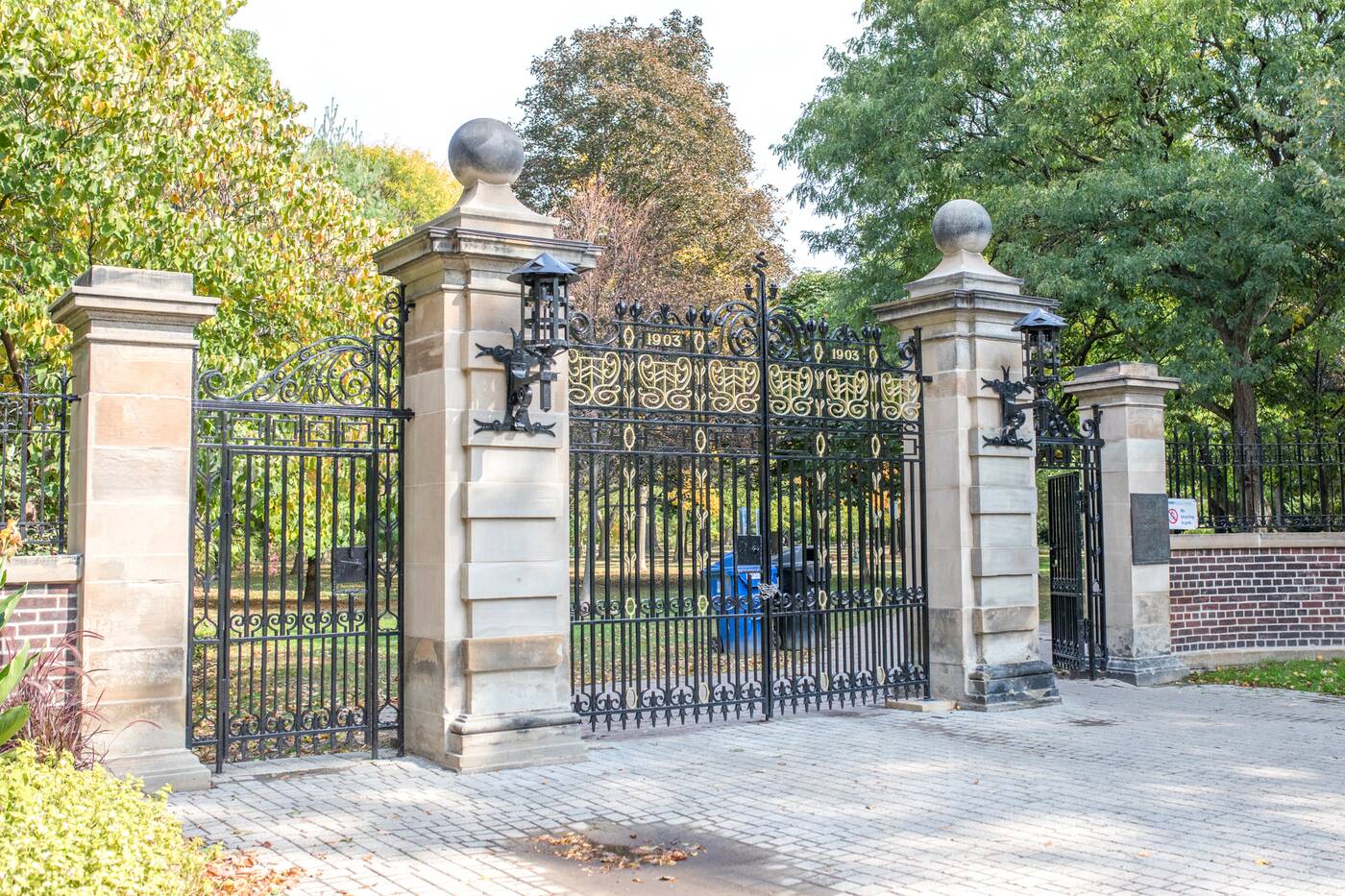 When the seasons start to change the tree canopy, which contains many fine old white and red oaks, is one of the most beautiful in the city. 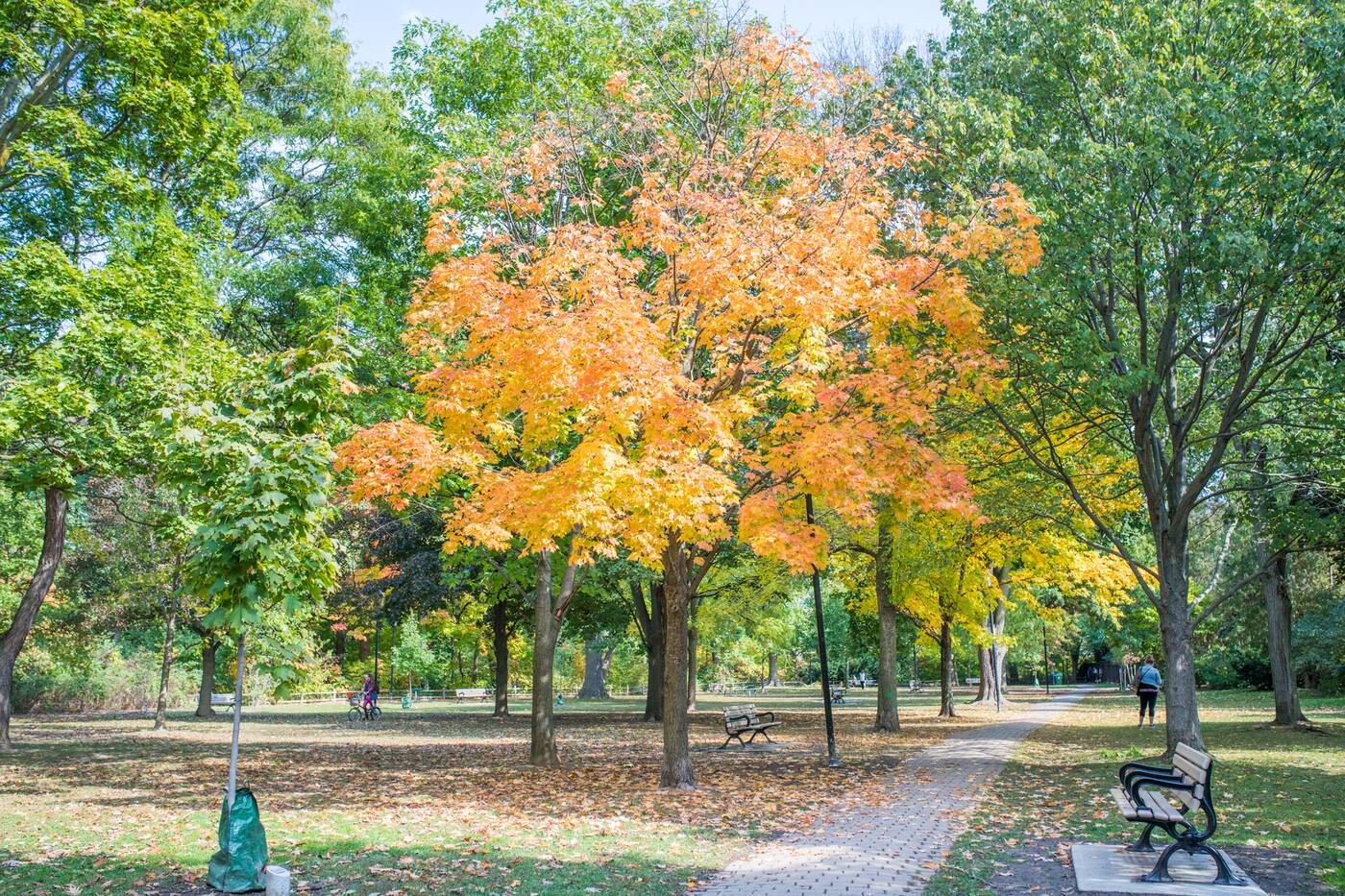 Craigleigh Gardens used to be the site of the 25-room estate of Sir Edmund Osler, a wealthy businessman, founder of the Royal Ontario Museum, and trustee at the Hospital For Sick Children. 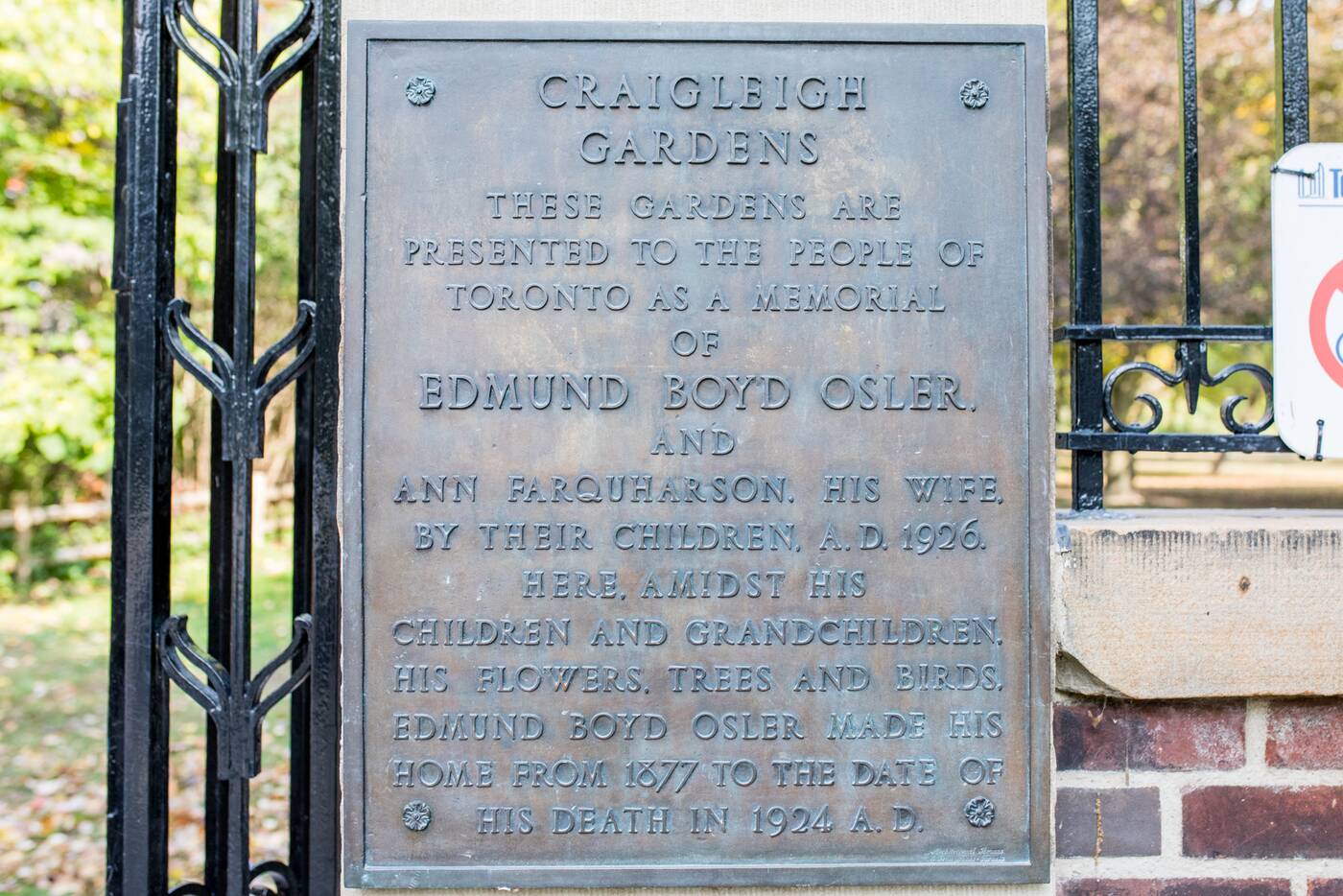 Osler lived at Craigleigh for nearly 50 years until he died. The house was torn down in 1924 following his death and his family donated the 13 acres of manicured grounds to the city to build the park. 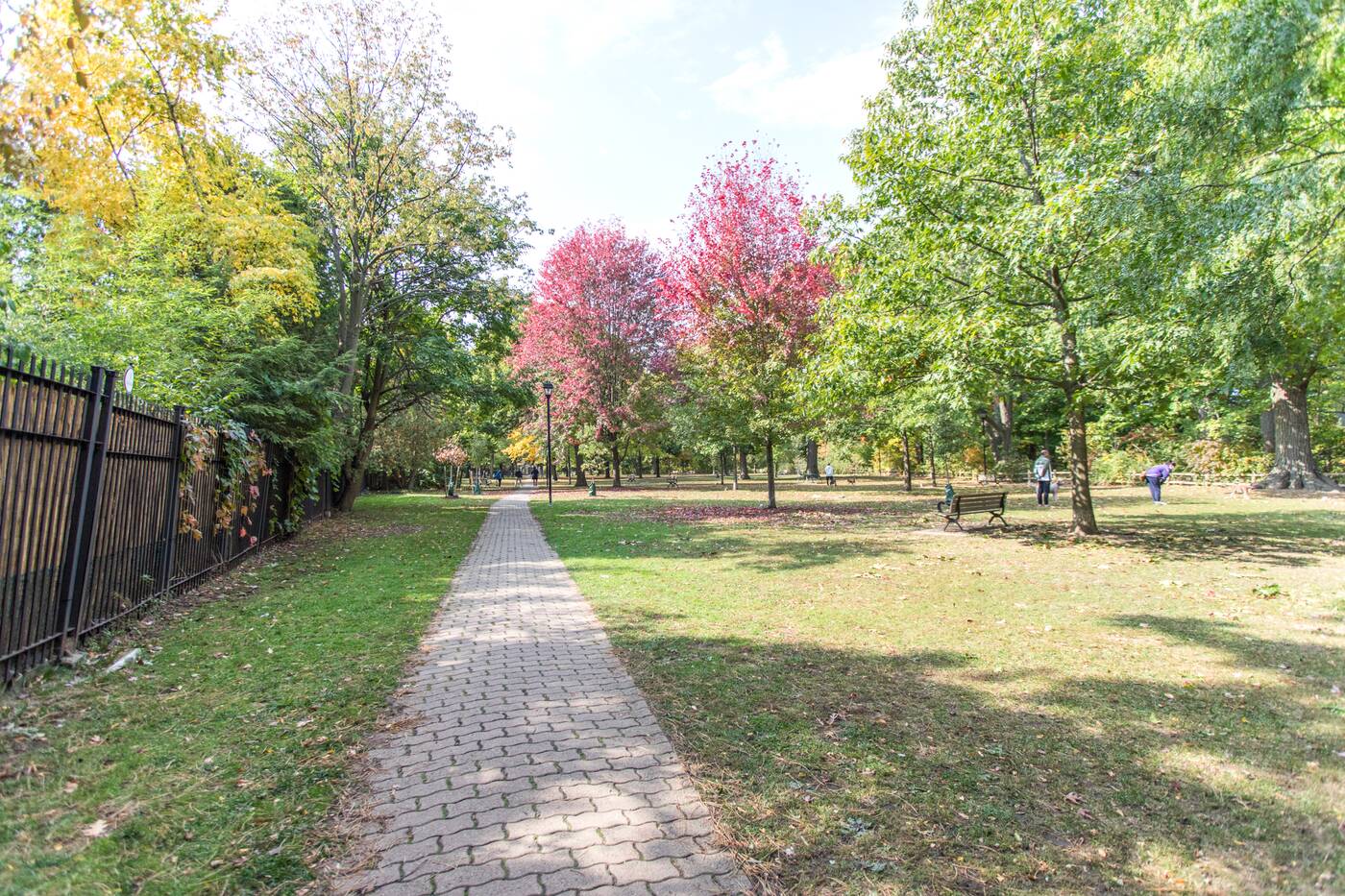 The ornate gates have the date 1903 in the metalwork on either side of the centre, which means they stood in front of the Osler estate at one time.

Today, the green space makes for a great dog off-leash area and features lots of benches and picnic tables to sit and enjoy the peaceful solitude of the area. 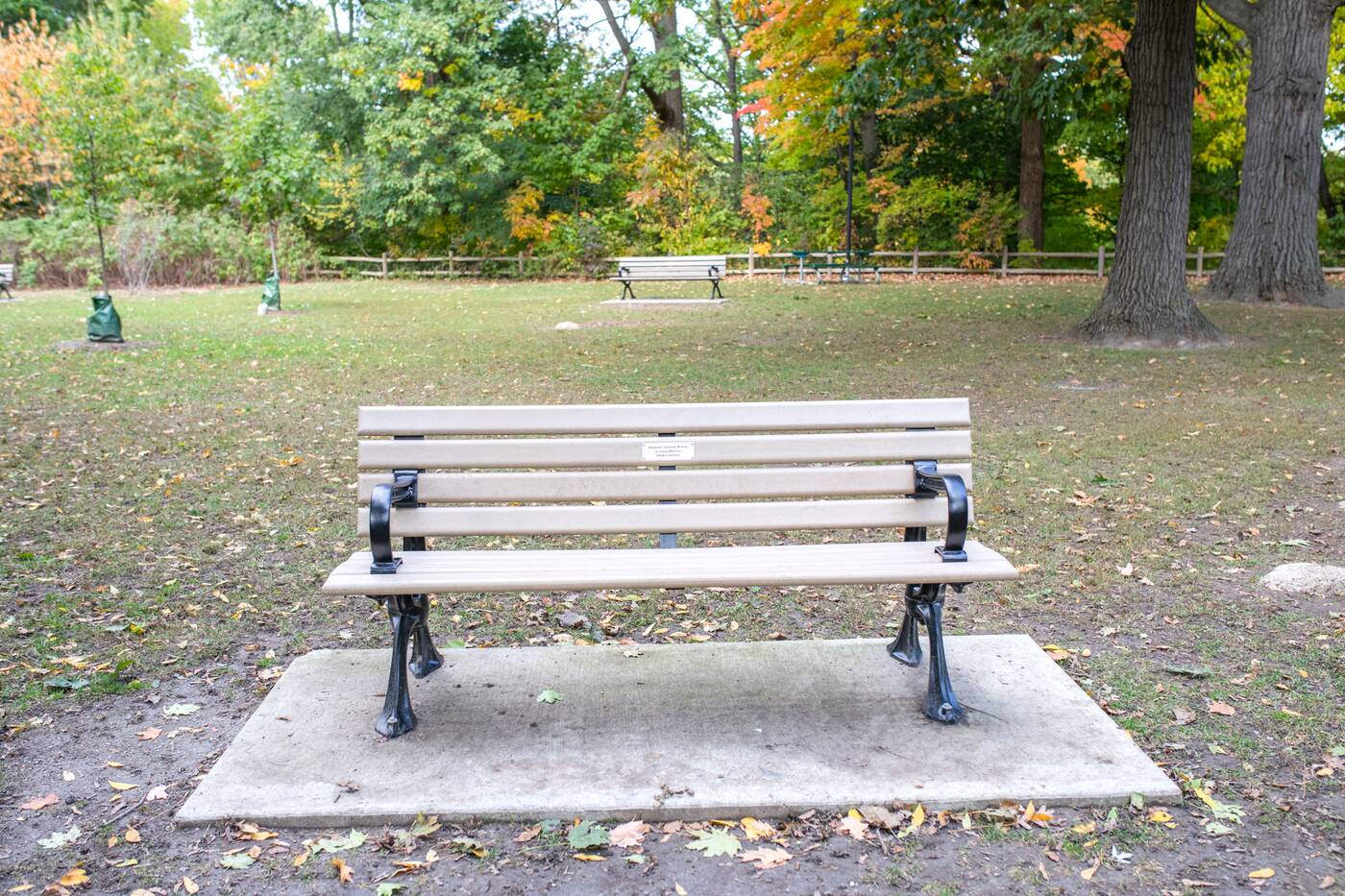 The scenic Milkman's Lane trail is located off South Drive, next to Craigleigh Gardens. 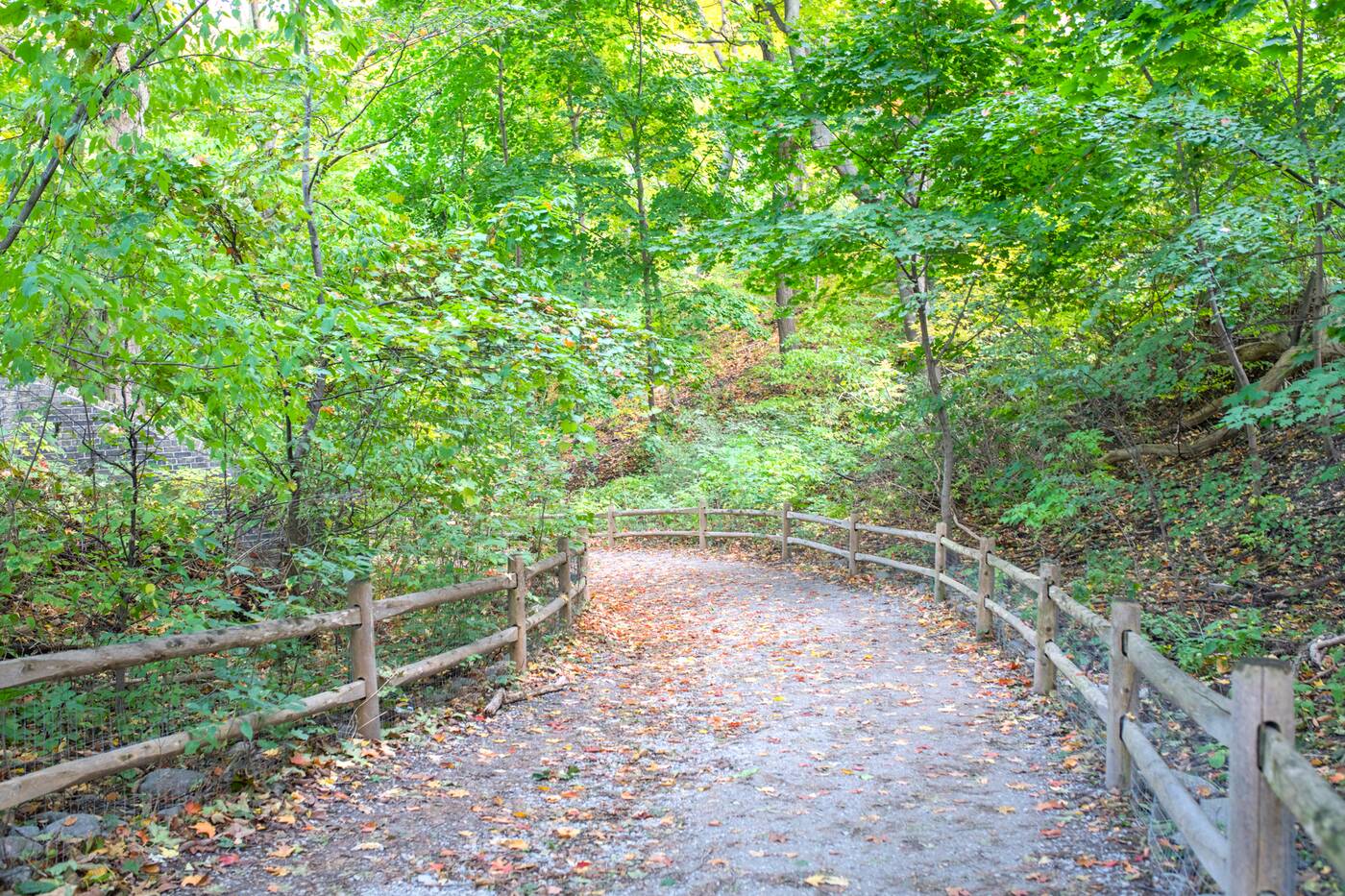 Though short and steep, it connects with the Beltline Trail which will lead you to the nearby Evergreen Brick Works, Moore Park Ravine and the Lower Don trail system. 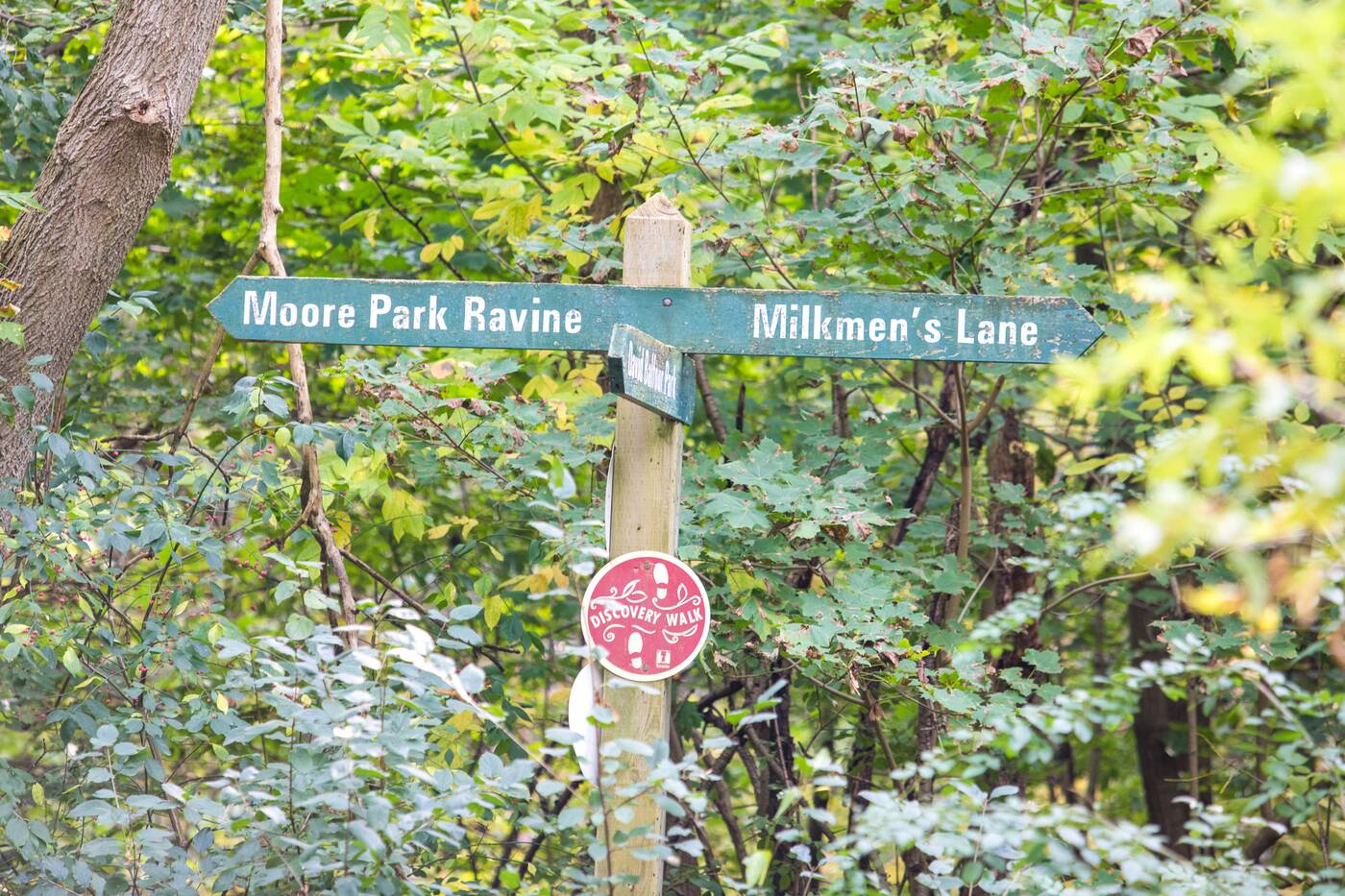 Seen on historic maps since at least 1890, the abandoned roadway is 130 years old. It's been said, the pathway was originally intended for mostly commercial transport, including, presumably, deliveries of milk. 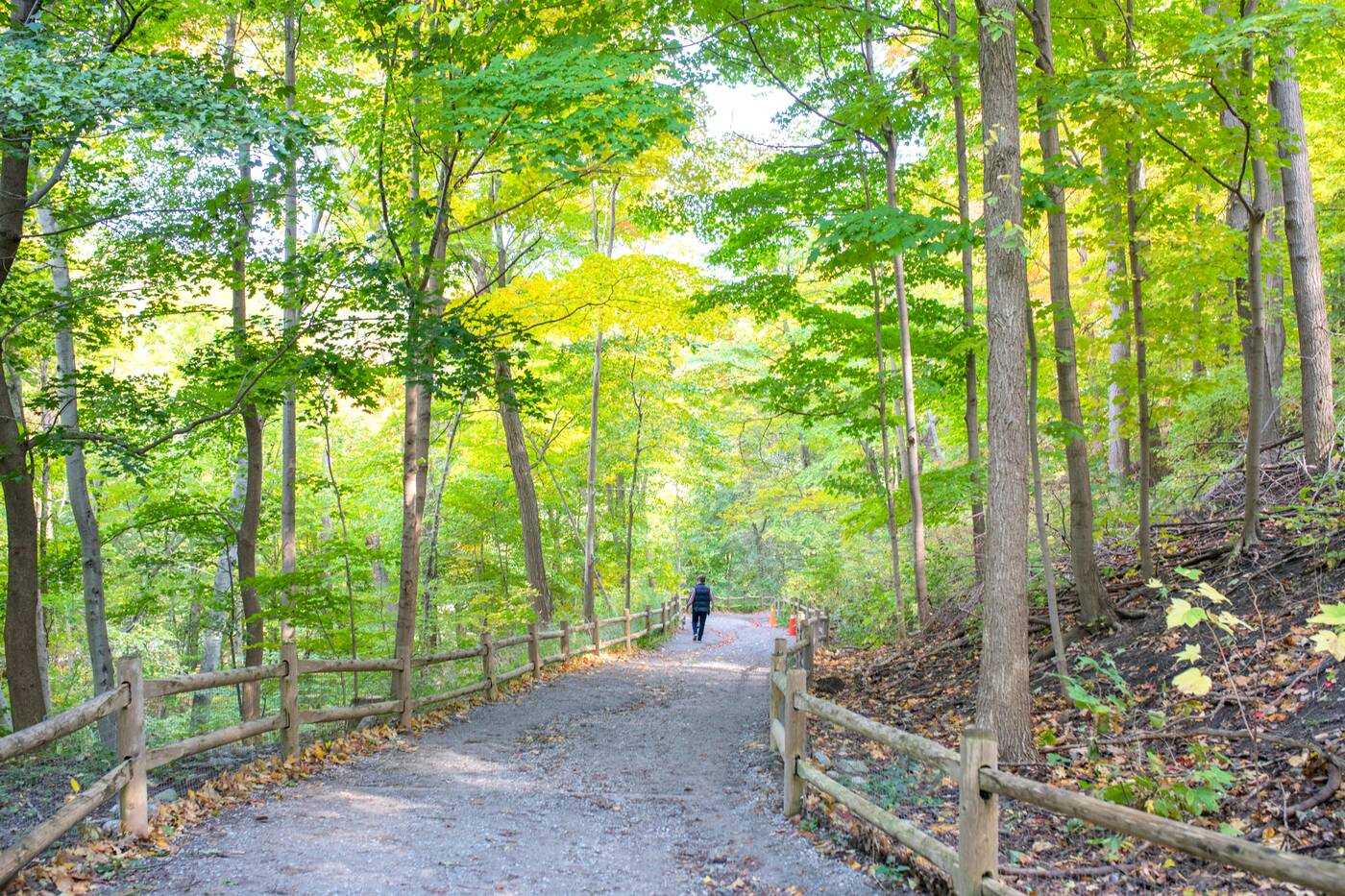 It's now a beautiful dirt pathway bordered in by wooden fences and plunging hills on either side as you're led further into the ravine system. It's primarily frequented by cyclists, hikers and dog walkers. 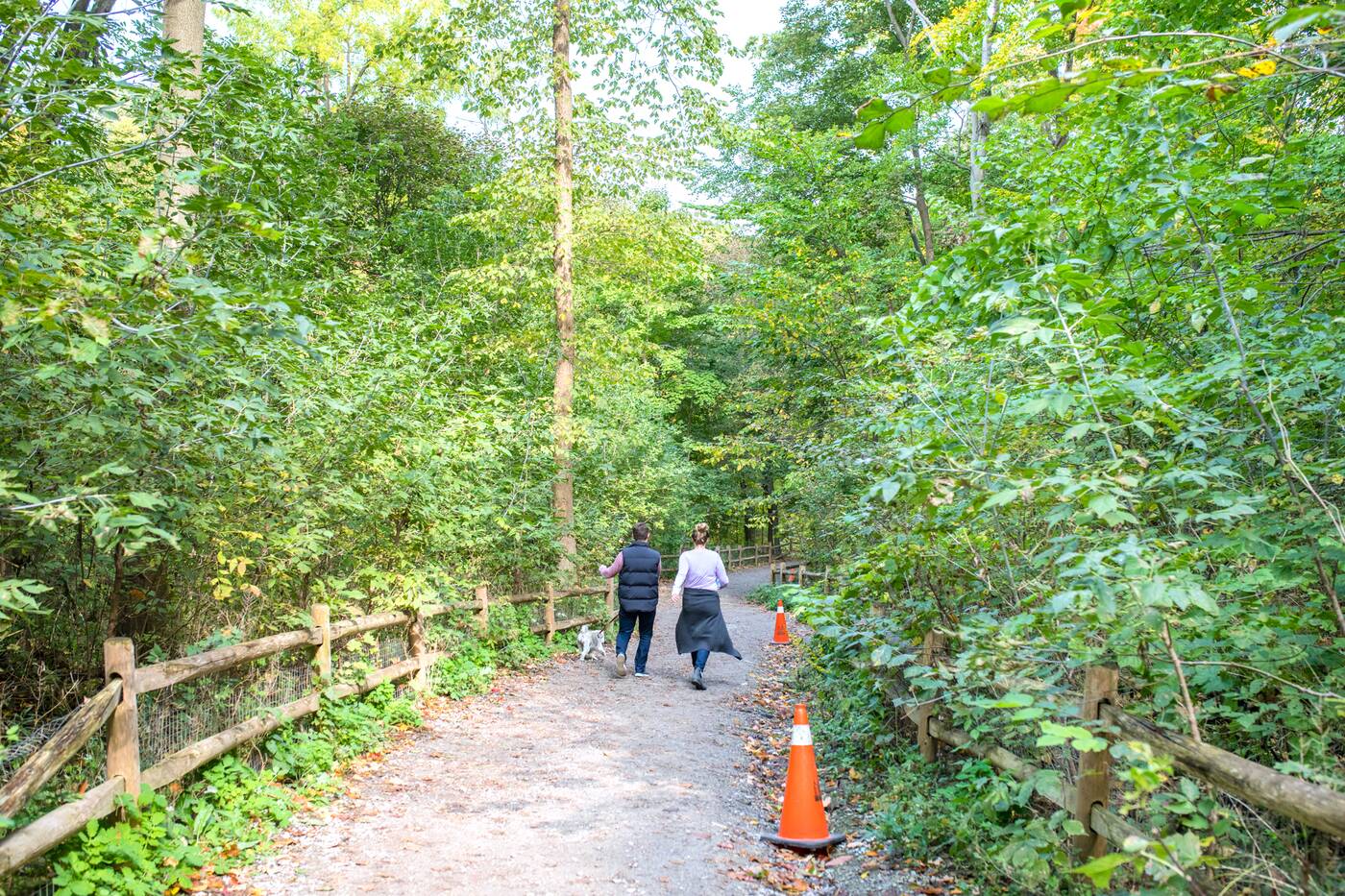 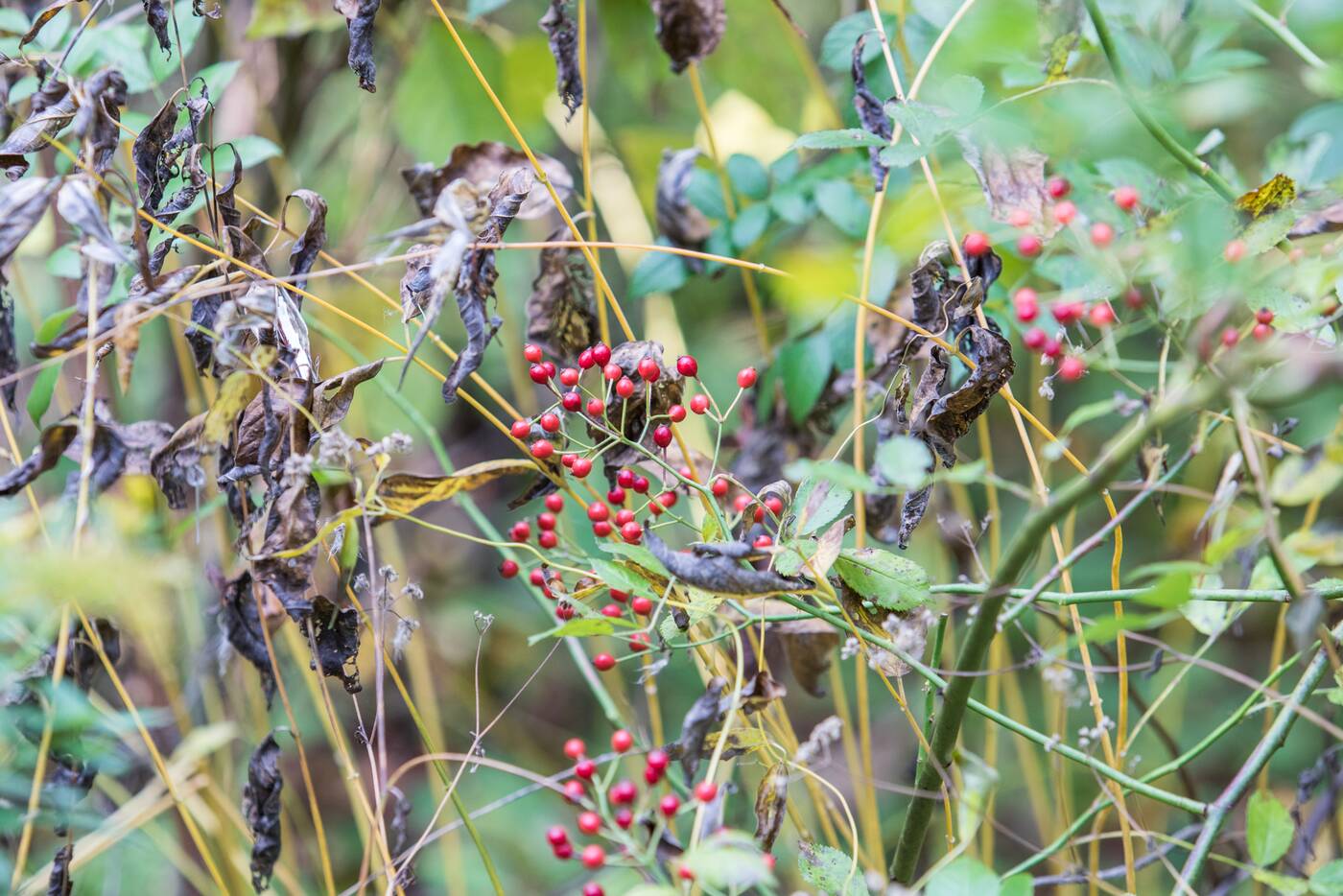 If you keep following the Park Road Reservation Trail west at the bottom of the ravine, you’ll be offered up pretty views of Yellow Creek as it flows by. 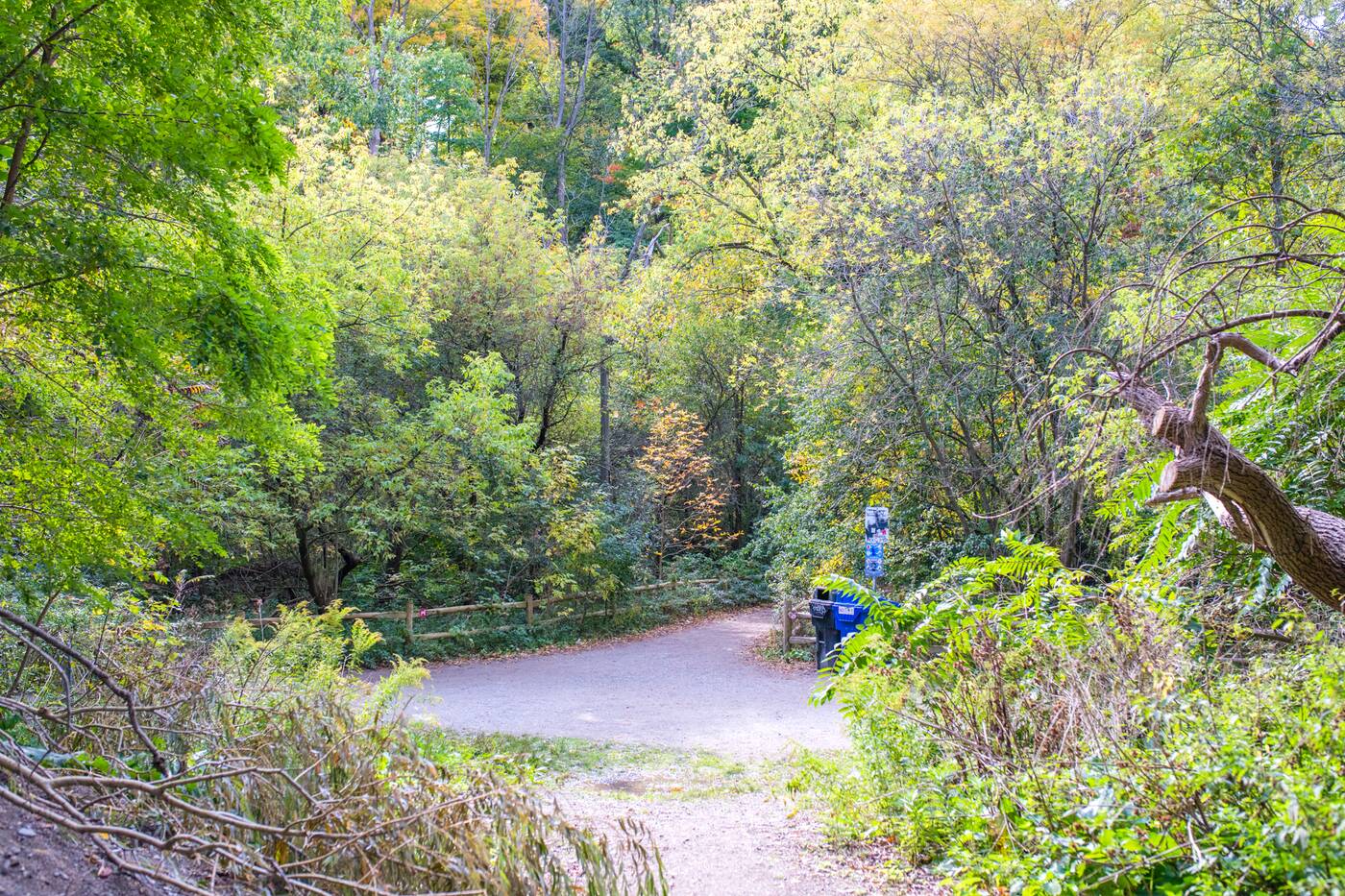