There's now a giant moon under the Gardiner Expressway in Toronto

The massive moon beneath The Bentway has officially risen.

Hundreds of spectators gathered beneath the seven-metre-wide orb underneath the Gardiner Expressway last night for the launch of Museum of the Moon. 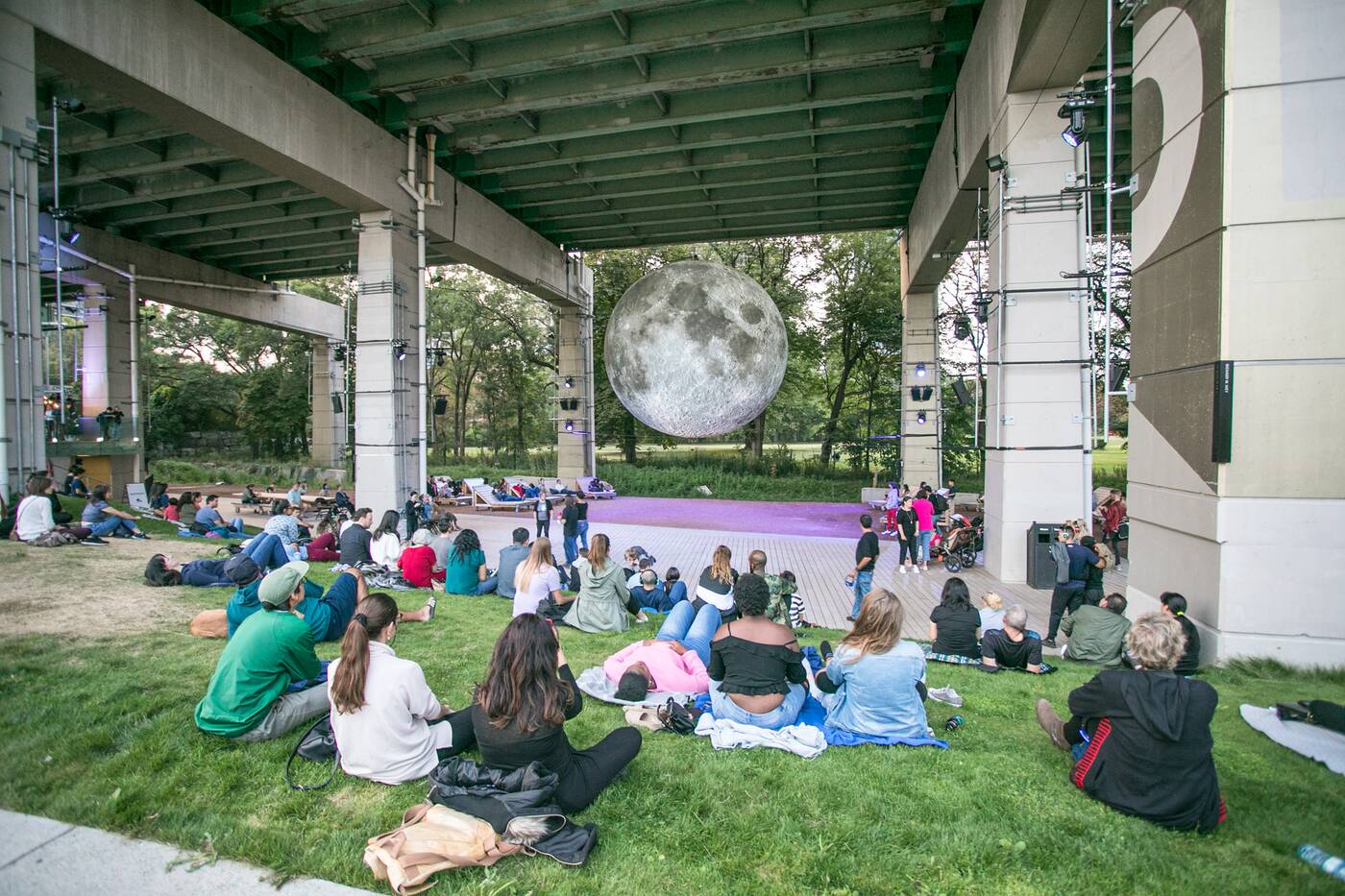 Suspended beneath the highway with cables, the orb is actually digitally printed with imagery from NASA, creating a perfect to-scale version of the moon.

Now that it's up, you can view it all day, from morning to night, until September 15. 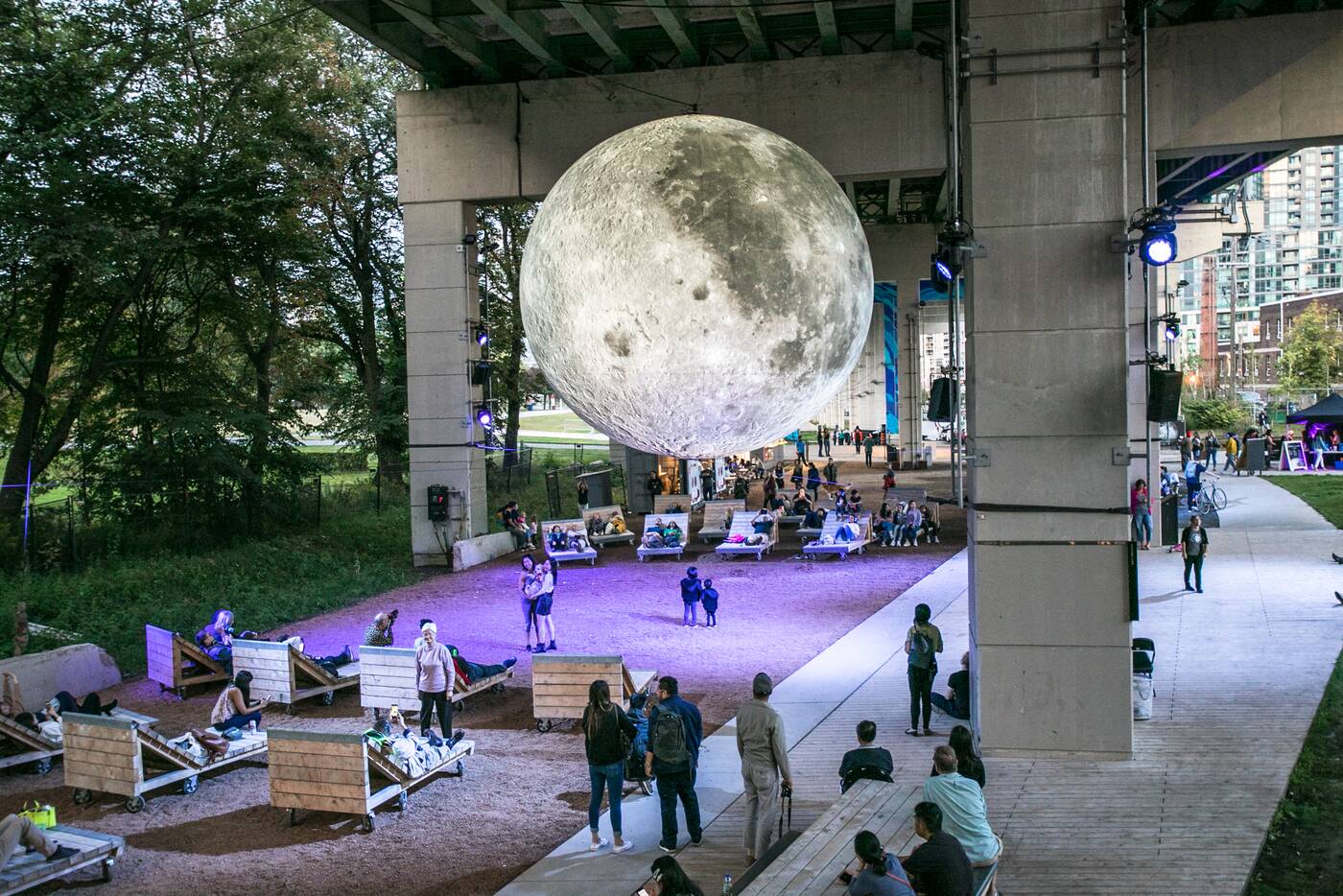 It's hard to tell before the sun set, but the orb is actually lit from within by a single light source, which becomes more apparent the darker it gets. 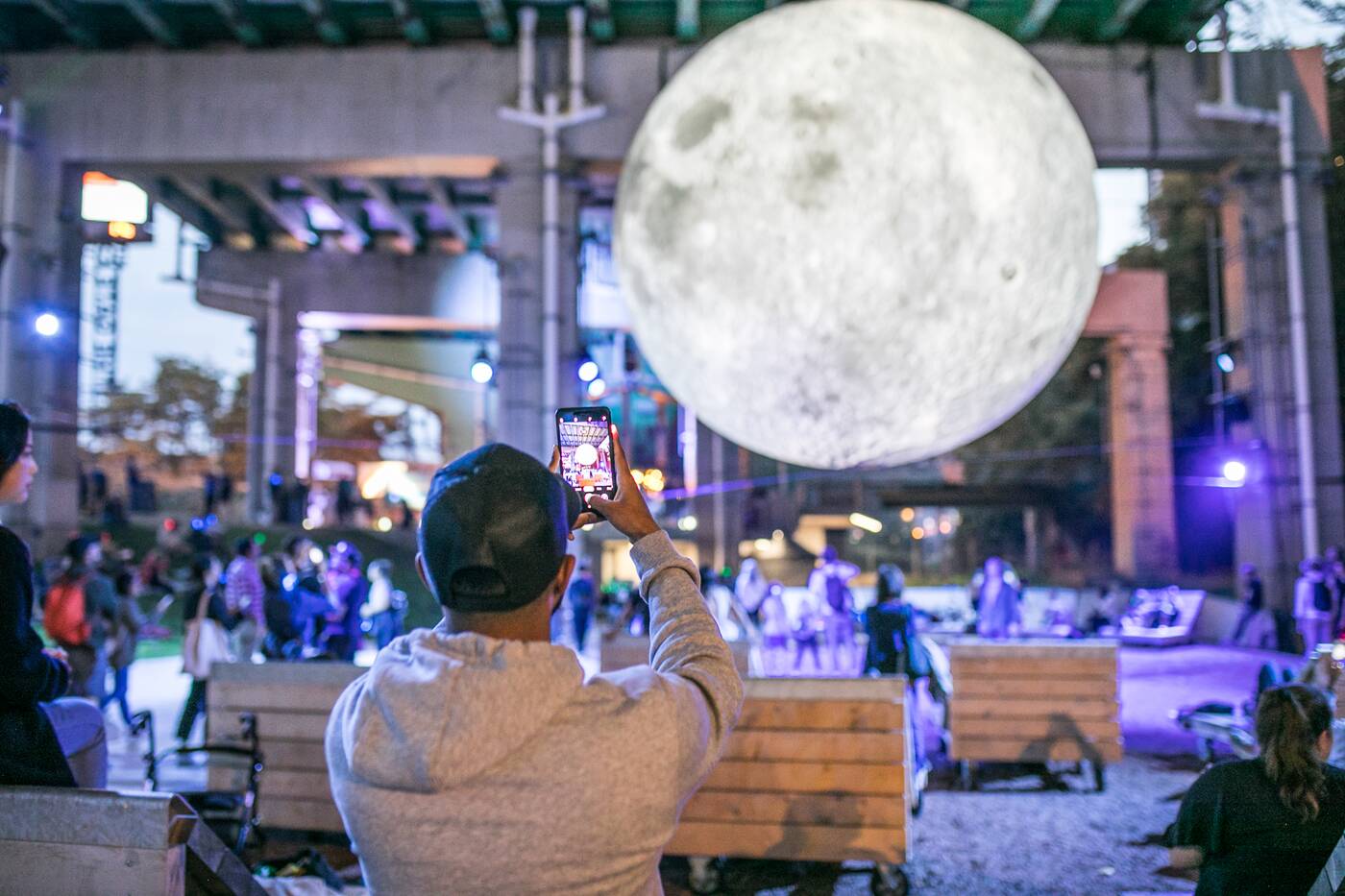 Just like the moon that was on display at the Aga Khan Museum earlier this year, the sculpture is by British artist Luke Jerram, only  bigger this time. 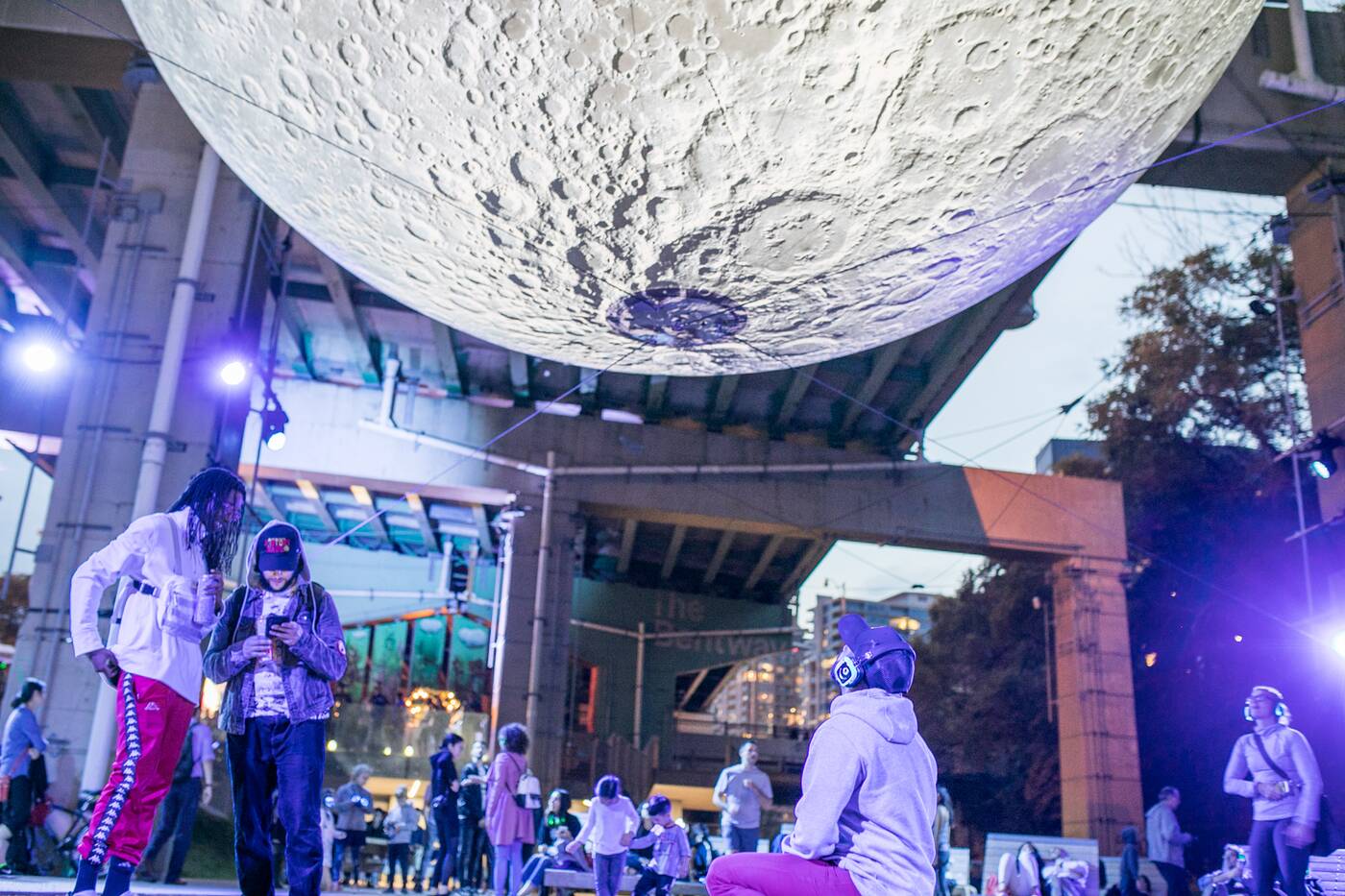 Last night's opening was accompanied by the option to sign up for wireless headphones, which tuned listeners in to a multi-channel soundtrack of eclectic sounds to supplement the moon viewing. 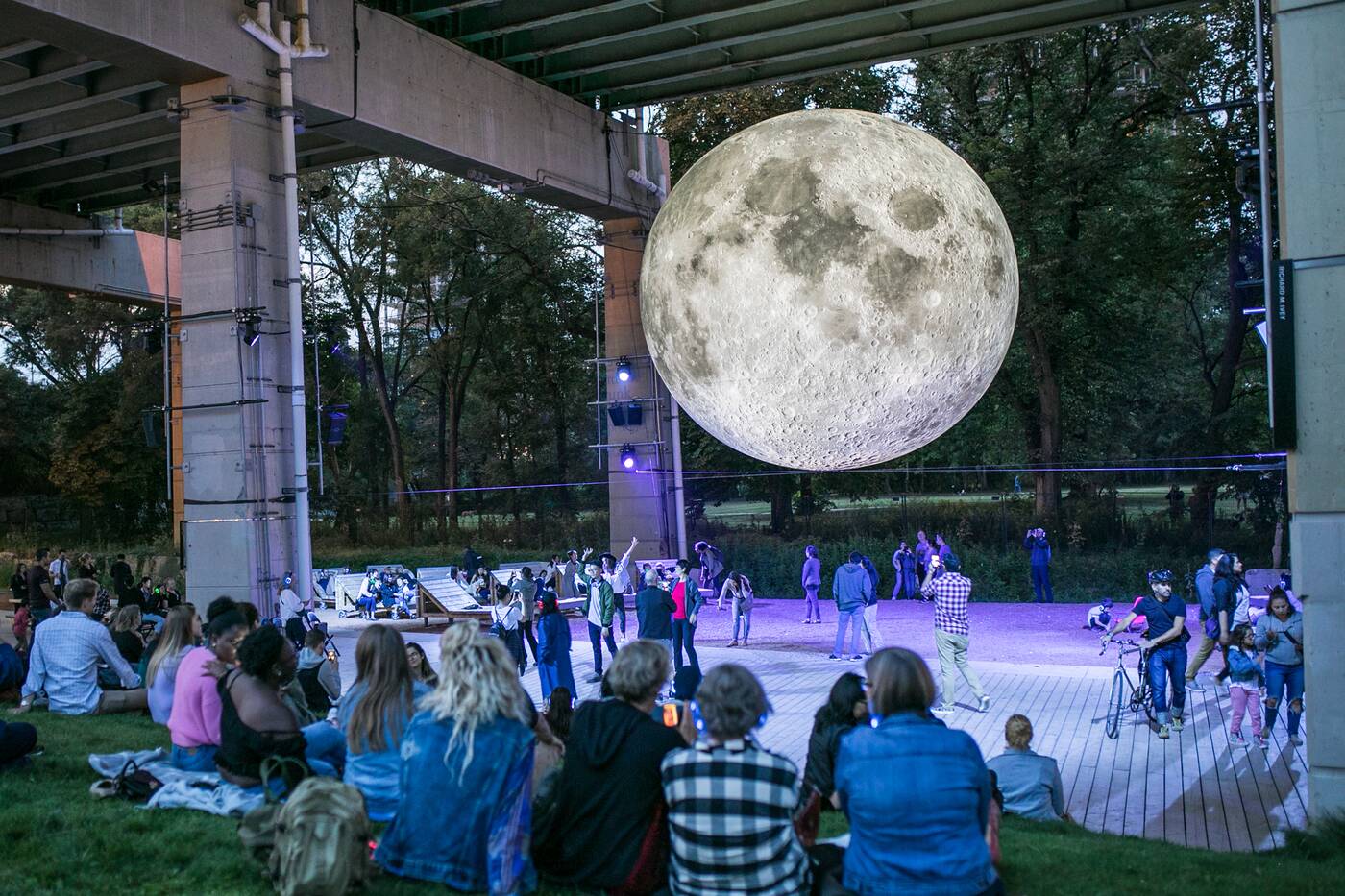 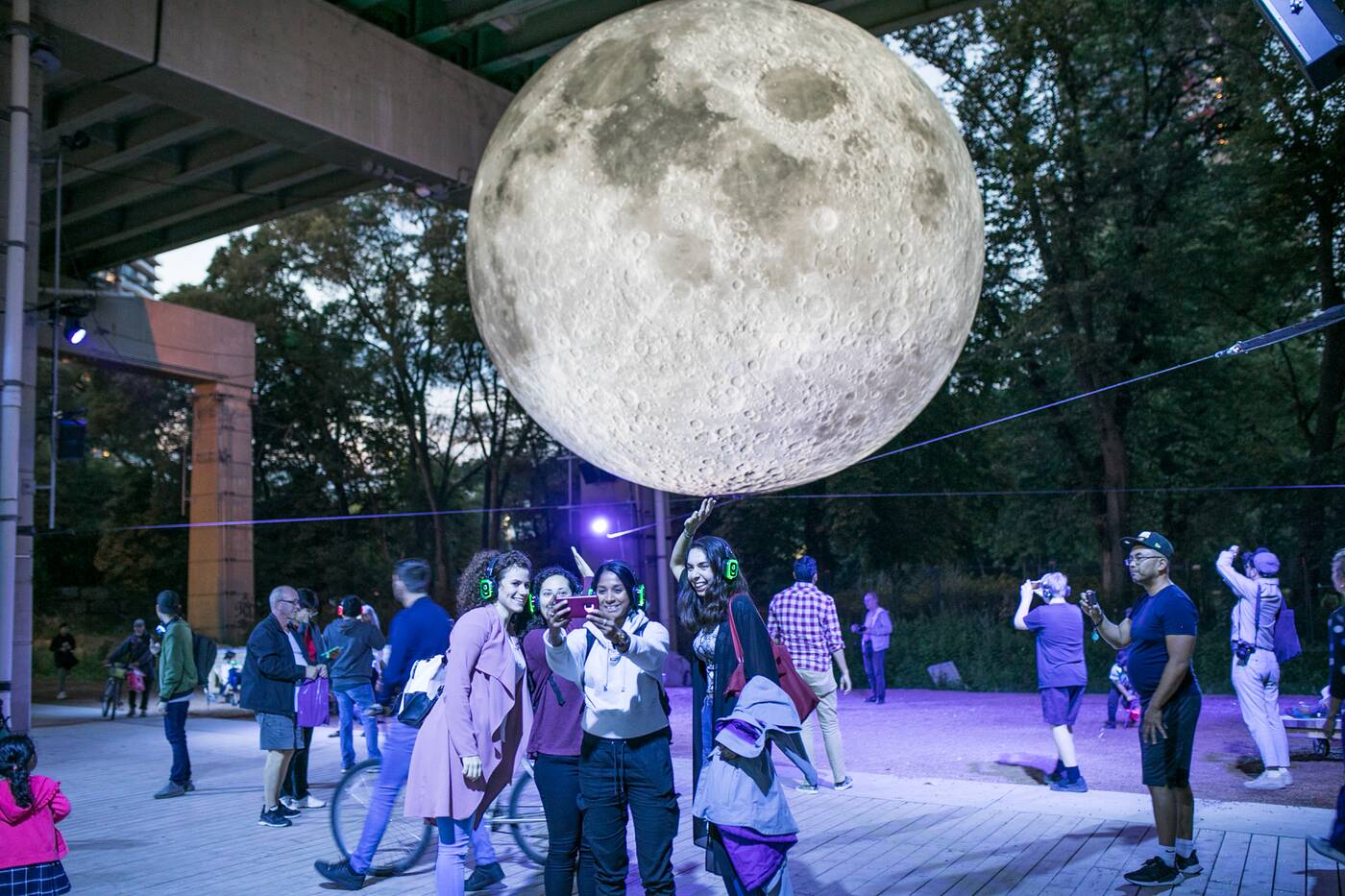 Make sure to check out the Moon Merge event on September 14, in celebration of what will be an epic full harvest moon. 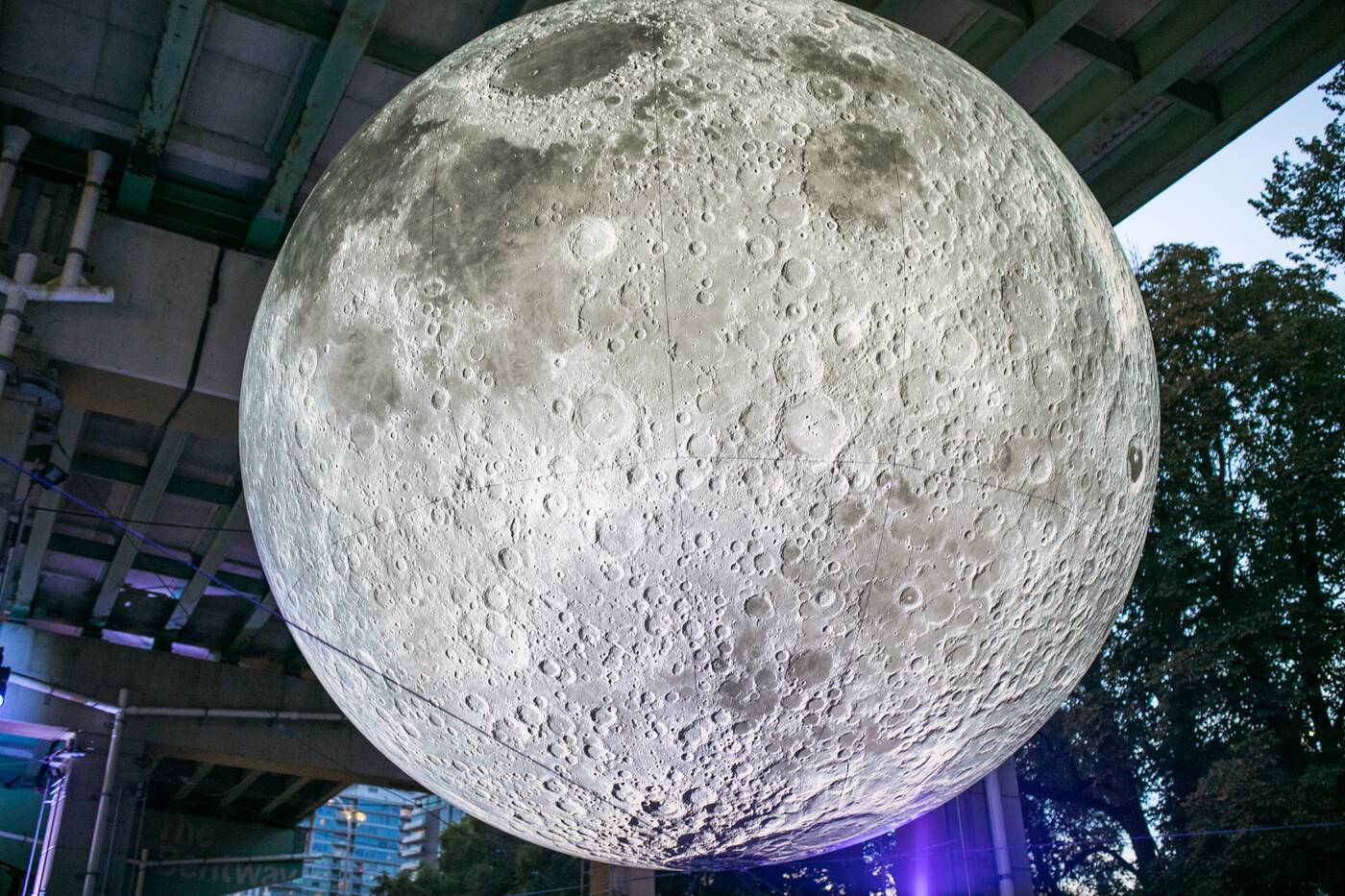