Fluorescent orange hats for hunters, on the other hand — well, those are something Ontarians simply cannot live without. 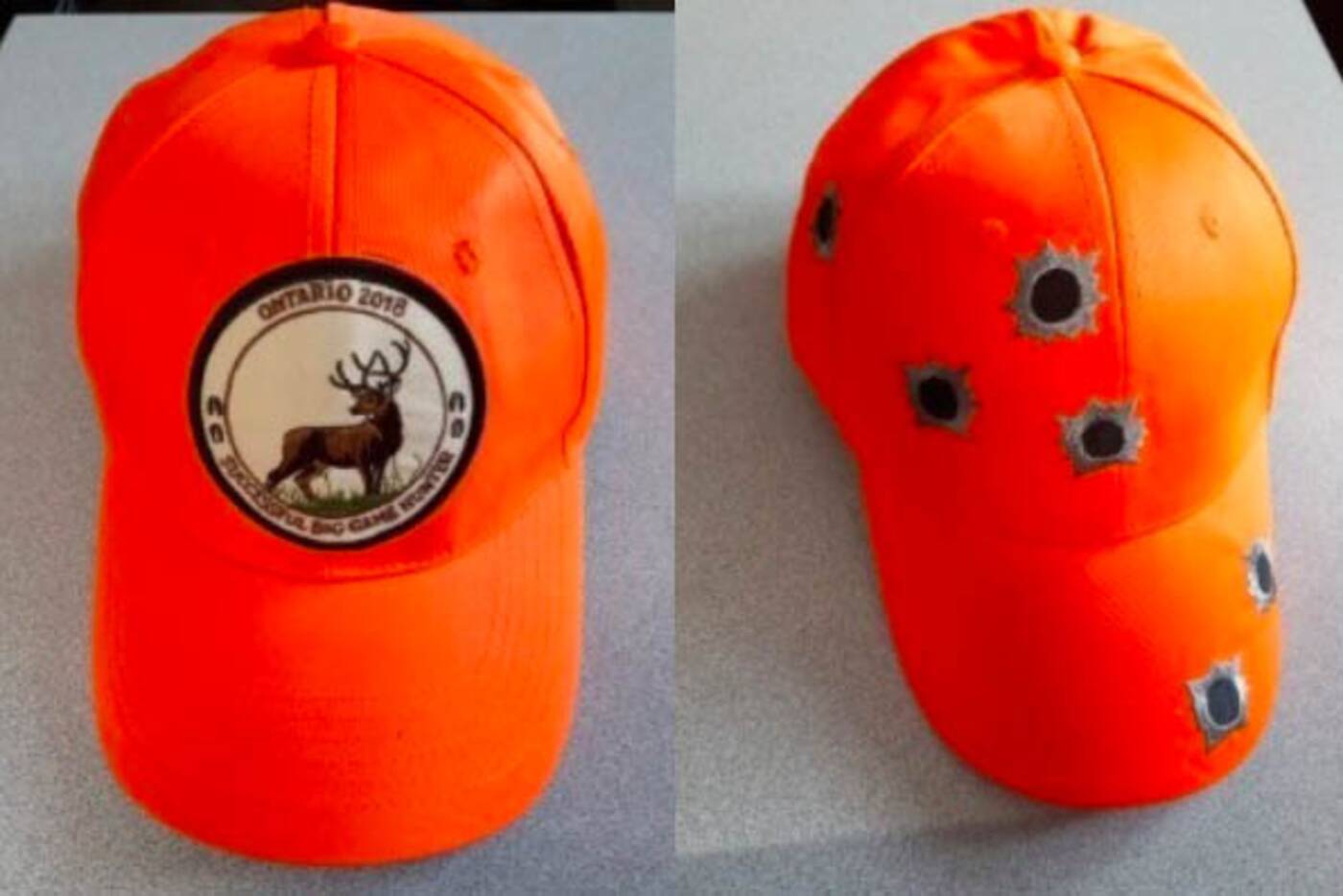 Hunters who bring in high-quality animal skins can choose from several different styles of hat. One of them has faux bullet holes all over it. Image via hatsforhides.com.

Minister of Natural Resources and Forestry John Yakabuski and Elgin-Middlesex-London MPP Jeff Yurek announced this week that the province is investing $100,000 in "a made-in-Ontario business that encourages responsible harvesting and contributes to the province's hunting industry."

Essentially, hunters can bring unspoiled, flesh-free moose and deer hides to any of nearly 50 depots across Ontario. If the hide is considered to be of good quality, the hunter will receive up to two orange hats and a "successful big game hunter" crest for their efforts.

We’re making life easier for hunters and supporting small business by investing $100,000 in Hats for Hides. This program supports good hunting practices by collecting hides from hunters in exchange for a hat, ensuring resources are not wasted and can be sold as goods. pic.twitter.com/JjWFvk5Hf7

BRT says that the hides are collected by "aboriginal depots" to be tanned and then "either sold at Pow Wows or turned into [artisan] goods to be sold."

"The remainder of the collection depots gather the hides for BRT Provisioners and the hides are salted, graded and saved to be sold into the market at the end of the season," reads the program's website.

"The fundamental basis of the exchange program [is] to aid in good hunting practices by utilizing the entire taken animal and not wasting the hide that can be turned into leather."

"Our government supports Ontario's hunters and recognizes that they are good stewards of our resources," said Yakabuski. "We want to work with hunters to ensure no part of their harvest is wasted while supporting a local business and local jobs."

We’re making life easier for hunters, supporting a made-in-Ontario business and ensuring our natural resources are not wasted. Today I was happy to announce with @JeffYurekMPP that we are investing $100,000 in the Hats for Hides program. https://t.co/QqvIQgHESw pic.twitter.com/K506w3ip8P

Like Buck-a-Beer and the Horse Improvement Program, which Ontario recently announced it would be funding to the tune of $10 million per year, Hats for Hides is proving a controversial choice in terms of things for the province to support.

"Hats for hides? What in the name of does [Ford] think about," -said one Ontarian in response to the news on Twitter. "He wants to spend $100,000 to trade hats for animal hides. Too bad there isnt enough $$ to pay for autistic kids, art teachers, OPP raises, nurses etc. This guy is leading our province? Hats for hides lol."

"Canada isn't without its own assholes," wrote another. "Taking away funds to pay for the research on lung conditions in premature babies but giving 100,000 to the Hats for Hides program so hunters can get a free hat or badge for handing in animal hides."

Ontario's PC government maintains that by spending $100,000 on hats, they are "working for the people by making it easier for hunters to be responsible stewards of our natural resources."

Ah, yes. Hats. That's what'll save our environment from its impending destruction. Hats.