Every Ontario ministry now banned from talking about climate change

More and more evidence is mounting this week to suggest that Ontario Premier Doug Ford's office has banned government agencies from talking about climate change online.

Yesterday, we published an email in which a social media coordinator for Ontario Parks told staff that they were "not allowed to mention climate change in social media content," as per the Premier's Office.

Several employees of the agency, which works to protect natural resources in parks and protected areas across the province, have since reached out to confirm the existence of this email.

At least two of these staffers, both of whom will remain anonymous to protect their employment, sent along another, even more damning missive from the Ministry of Natural Resources and Forestry. 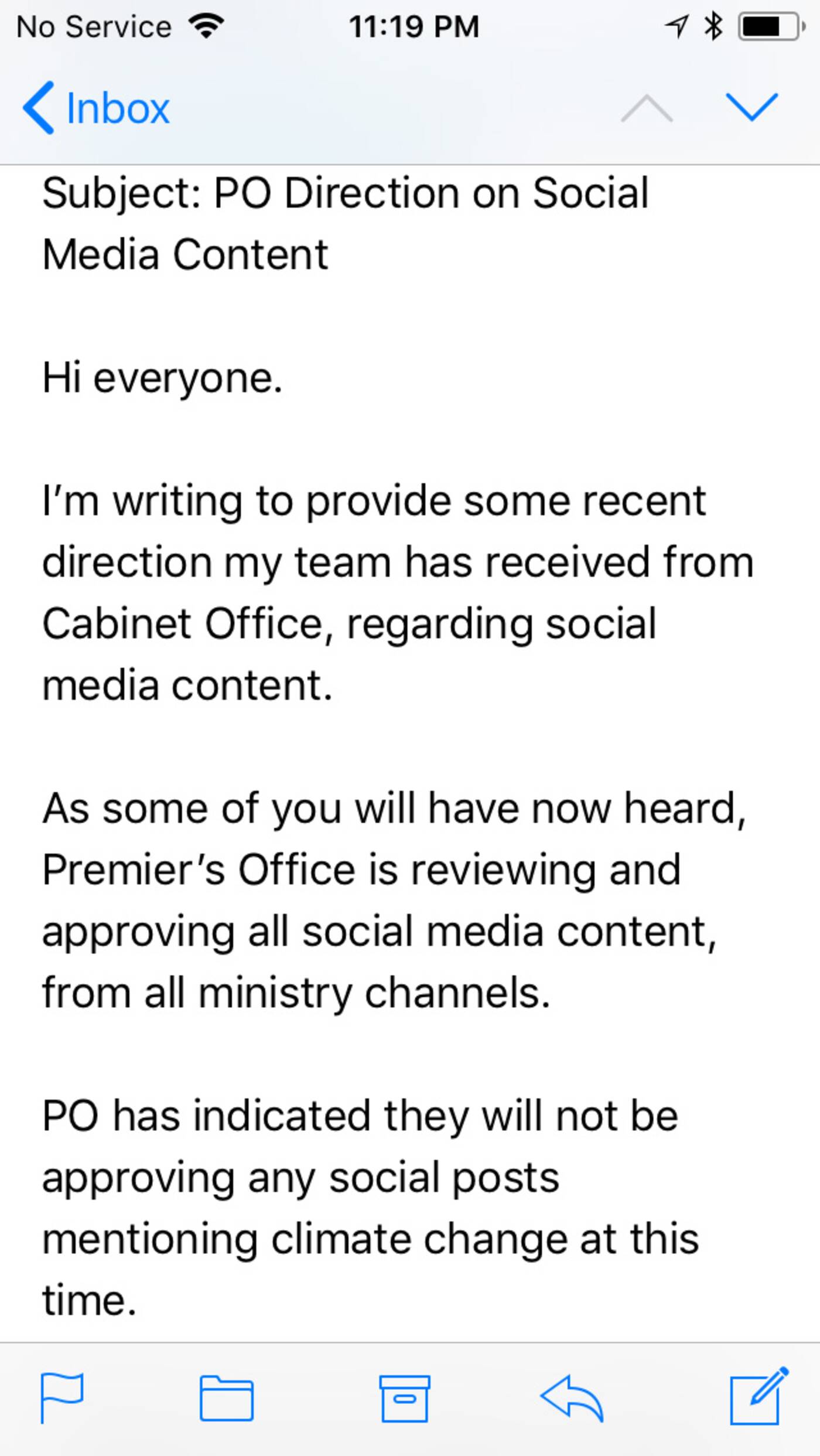 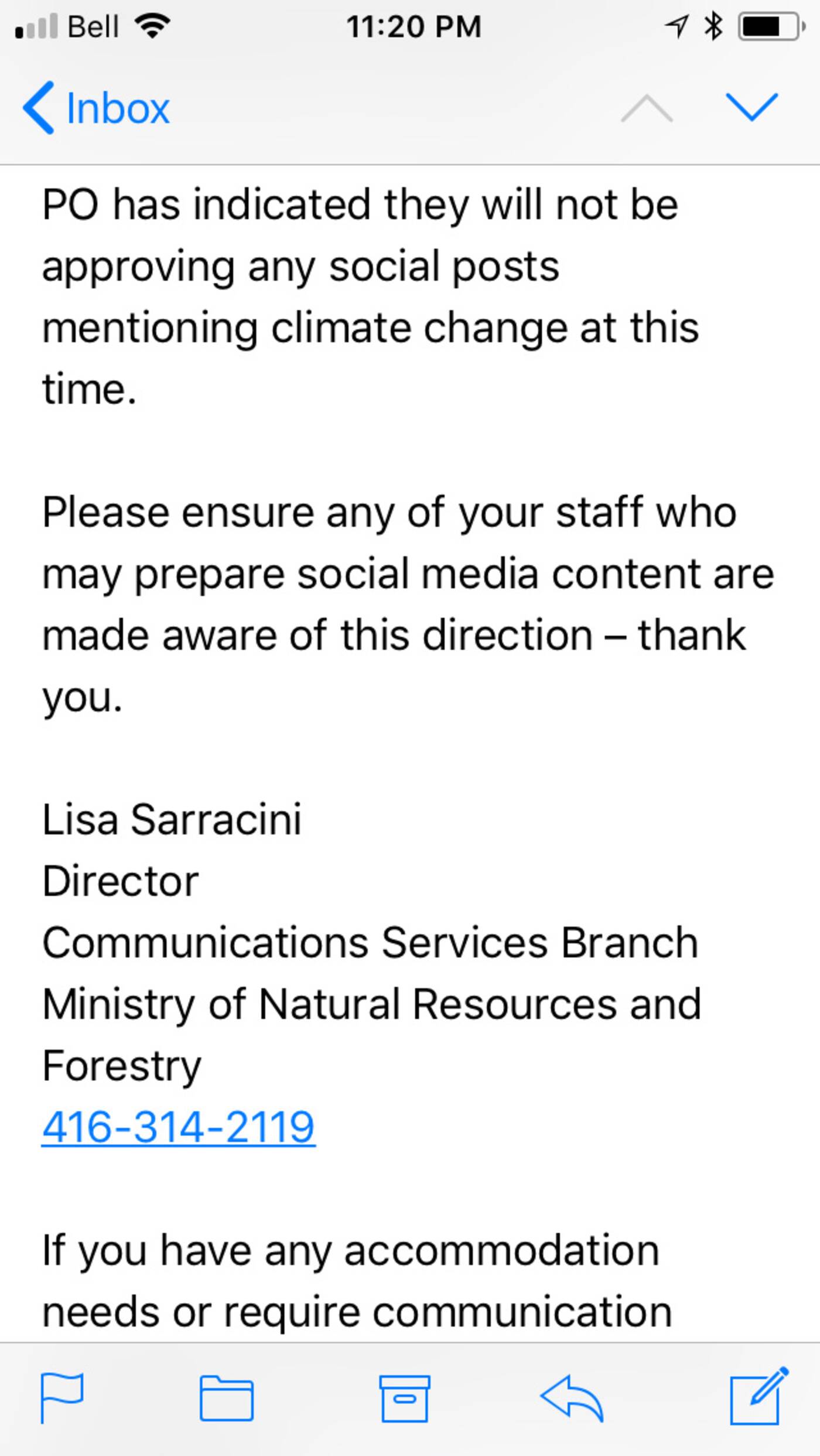 "Hi everyone, I'm writing to provide some recent direction my team has received from Cabinet Office, regarding social media content," reads the message, sent August 17, by MNRF Director of Communications Services Lisa Sarracini.

"As some of you will now have heard, Premier's Office is reviewing and approving all social media content, from all ministry channels," the email continues.

"PO has indicated they will not be approving any posts mentioning climate change at this time."

That email was sent to at least 15 provincial government employees, as evidenced by the "To:" line. At least one of these staffers forwarded it to Ontario Parks Social Media Coordinator Anne MacLachlan, who in turn attached it to the email we published yesterday. 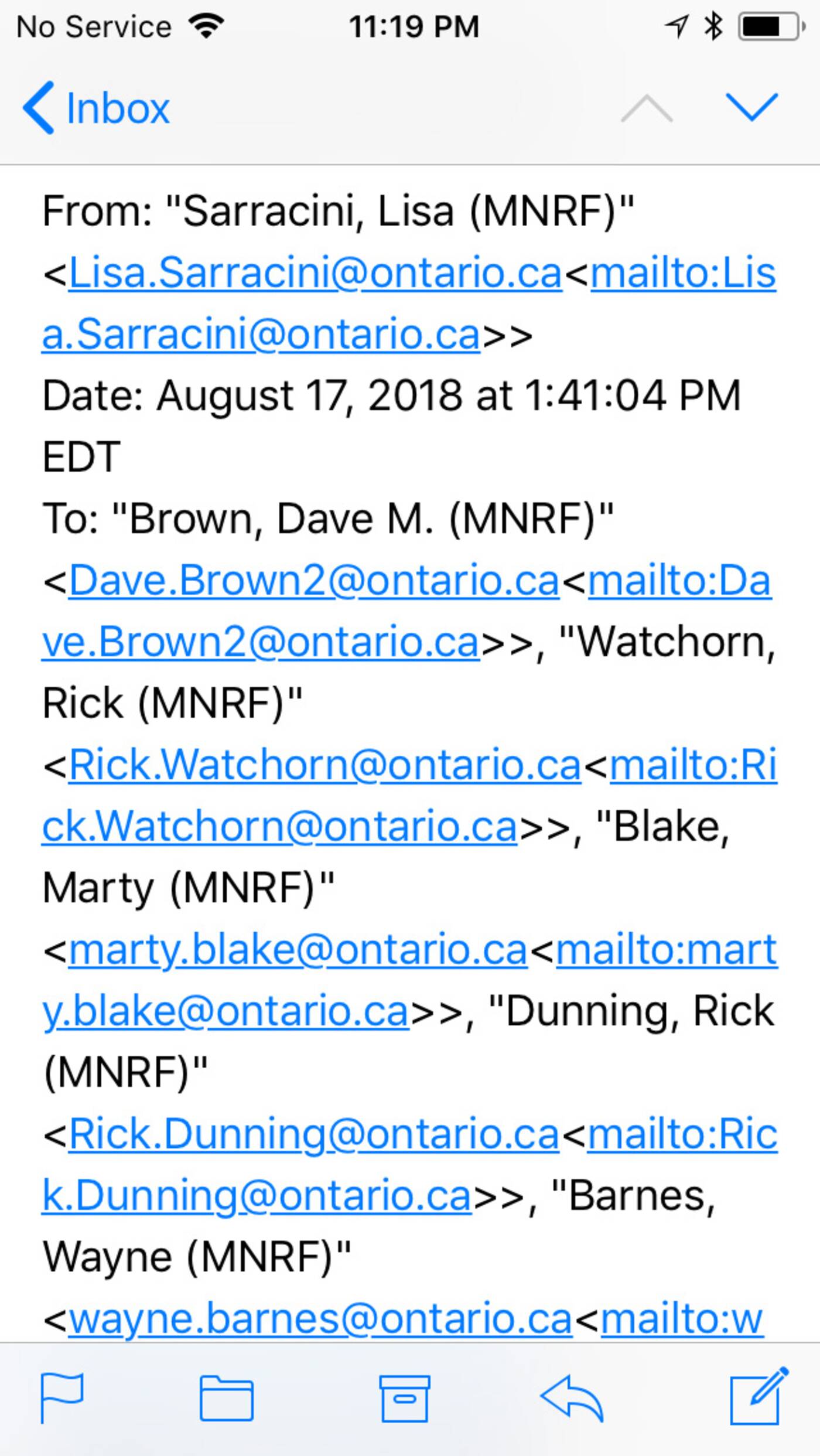 Sarracini has yet to respond to a request for comment about the email. Ontario Parks Social Media Coordinator Anne MacLachlan, whose email was sent to us yesterday, has remained similarly silent.

Minister of Natural Resources and Forestry, Jeff Yurek, has not been available for comment either, but we did receive the following message yesterday from Laryssa Waler-Hetmanczuk, Executive Director of Communications for the Premier's Office:

"I'm responsible for communications, including social media, for the Premier’s Office. I have never given direction not to mention climate change in social media posts. I'm not sure who said this or why, but it's categorically untrue."

Waler-Hetmanczuk and the PO's office have yet to reply to our query about the MNRF email published above.

If you're concerned about its veracity, perhaps you can contact Premier Ford, whose PC government famously cancelled a program aimed at reducing carbon emissions earlier this year, and ask what's up.