What's up with the turkeys? Seriously!

Last week, exactly one year after video footage went viral of a wild turkey chasing a man in Brampton, new photos were released of a feisty gobble-monster doing the exact same thing to a Mississauga postal worker. 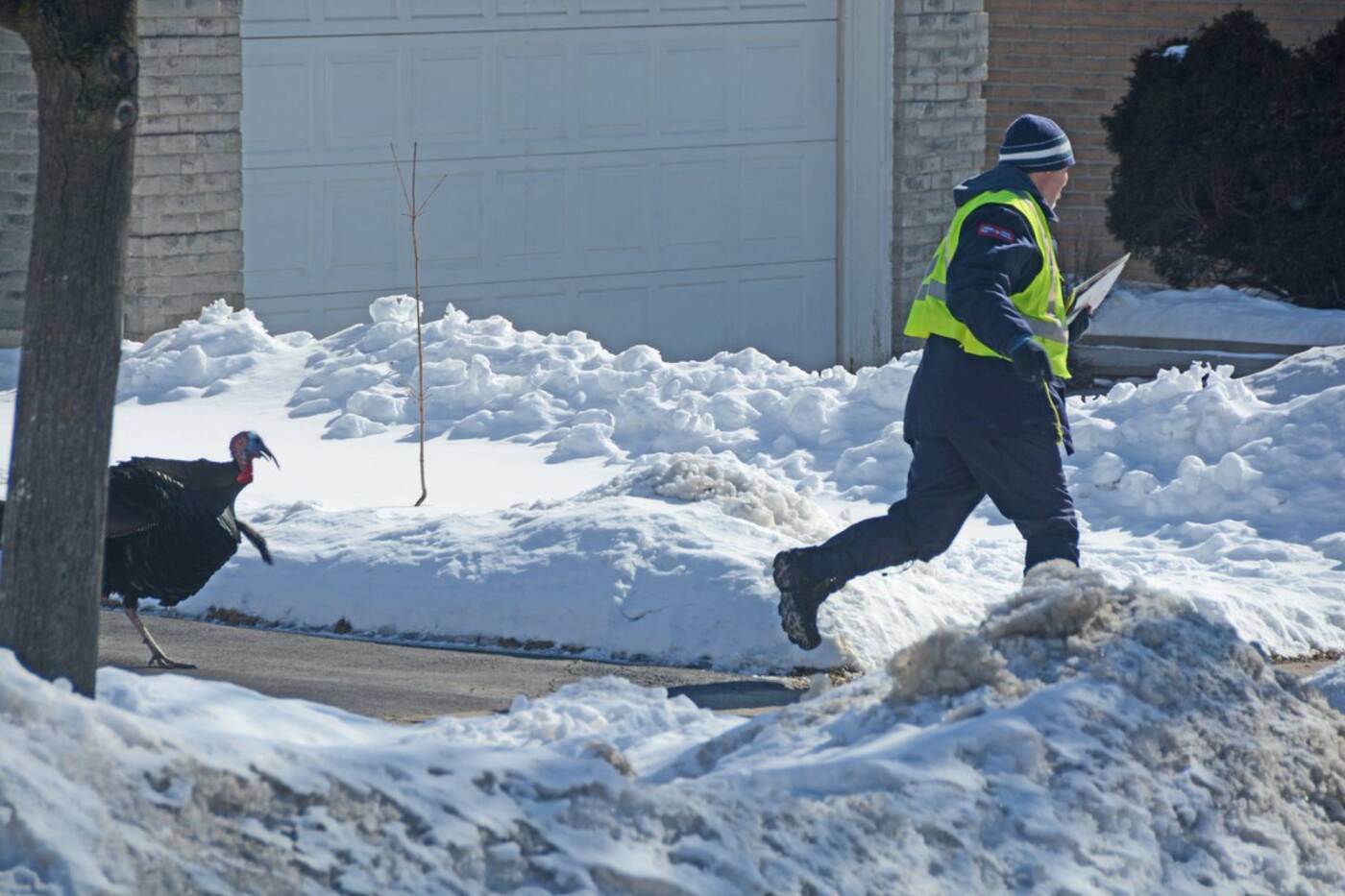 The City of Mississauga doesn't take such acts of avian agression lightly.

"There have been reported sightings of wild turkeys in Mississauga," wrote the city's official Twitter account in response to the situation. "Birds may find their way into residential areas looking for food. These birds are good flyers and will find their way back to their natural area."

Residents should NOT fed the birds as it may put the bird or themselves in danger. We have reported this to Animal Services and they are aware and monitoring the situation.

Sadly, just days after his 15 minutes of internet fame, the turkey appears to have met his end.

City Councillor Karen Ras confirmed that same day that the turkey who is believed to have been chasing to postal worker was hit by an unknown vehicle and died.

RIP Lakeshore Tom, the wild turkey that amused locals and drivers in the Lakeshore/SilverBirch neighbourhood. At approx noon today, Tom was struck by a vehicle (not this bus, btw). He died instantly. @MissiNewsRoom @peeldailynews #Mississauga pic.twitter.com/4vBN6xuAhO

"Sadly, our resident wild turkey Clarke passed away today after being hit by a car on Lakeshore," wrote Ras.

"Despite attempts to relocate him, he returned to the area where he was frequently fed," she continued. "As much as we try to live in harmony with nature, when we interfere and feed them food, there is no incentive for them to leave and becomes dangerous for the animals, drivers and yes, even our postal workers who were often chased."

It is not 100 per cent clear if this is the same Mississauga turkey who made headlines back in October for entering a bus stop, but members of the community are crushed nonetheless.

Whatever the bird may have done in the past, he now rests in the arms of an angel.

We can only hope that anyone who drives near Christie Pits can learn from this and slow down in the presence of big wild birds.