Trinity Bellwoods has its white squirrels, Tommy Thompson's got snow owls, and High Park is home to peacocks and capybaras alike (among other things).

If recent rumours about a new, winged resident of the Bloor and Ossington area are true, Christie Pits Park might soon have an animal mascot to call its own: A wild turkey.

Only one of the large birds has been seen in Christie Pits so far, but it's been seen a lot over the past few weeks — and who knows what the future holds?

Katherine Connolly, who lives near the 21.9-acre-park, says she's spotted the bird three times in the past two weeks alone.

"There is a wild turkey living in Christie Pits Park!" she said on Wednesday. "I saw it again this morning on my dog walk... there was a bit of a crowd of other people walking dogs who were taking photos of it!" 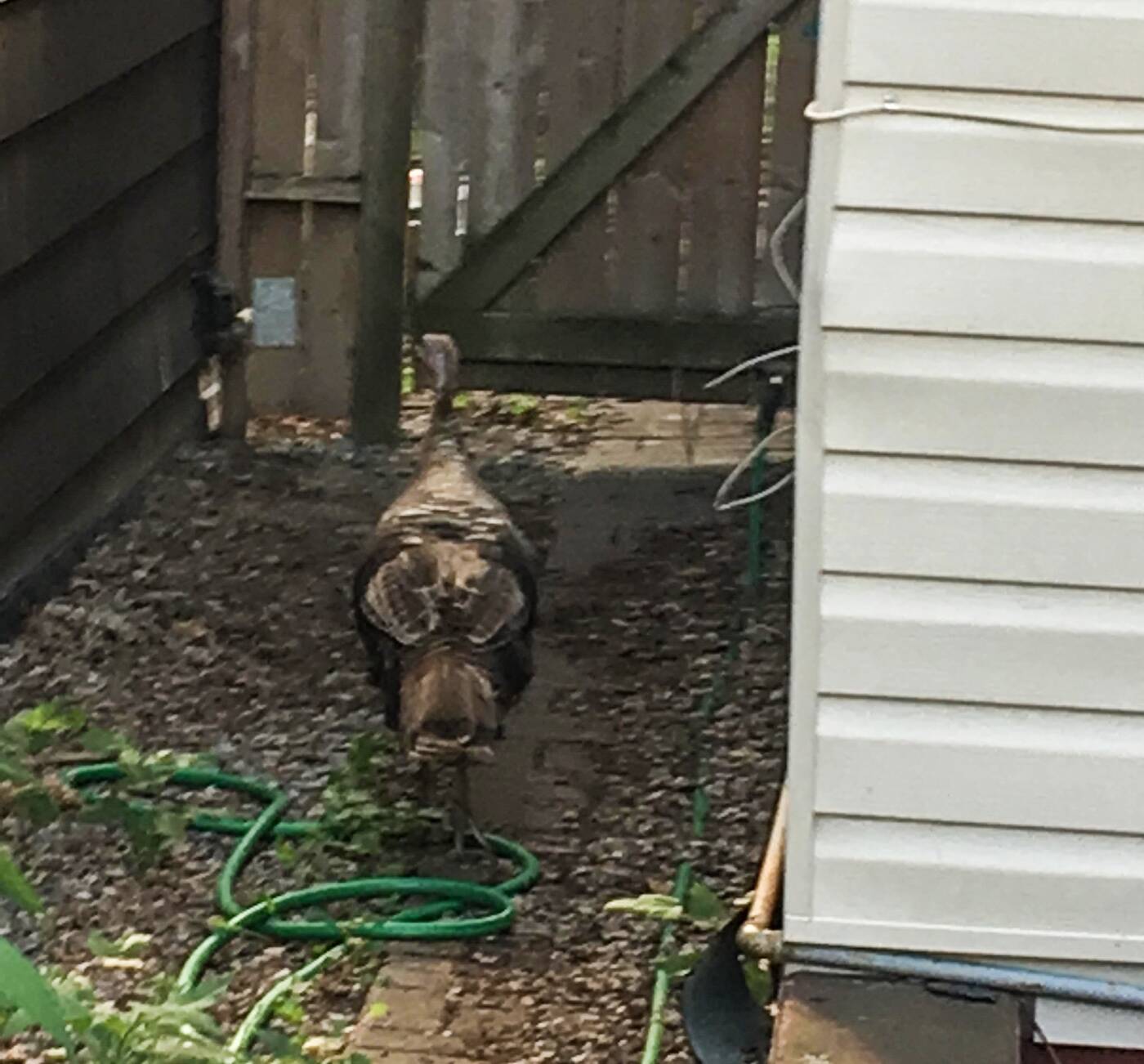 The Christie Pits turkey isn't afraid to visit the backyards of neighbours near Bloor Street West. Photo via Reid McKay.

Based on the size of the bird as pictured, it's unlikely that this is the same, now-famous wild turkey who chased an old man down in Brampton this spring.

That turkey was way, way fatter.

The new lord of Christie Pits could be the wild turkey someone posted a photo of to Reddit in June, however. That bird was spotted on a rooftop "a bit east" of Bloordale, according to the original poster, which does put it in the right area. 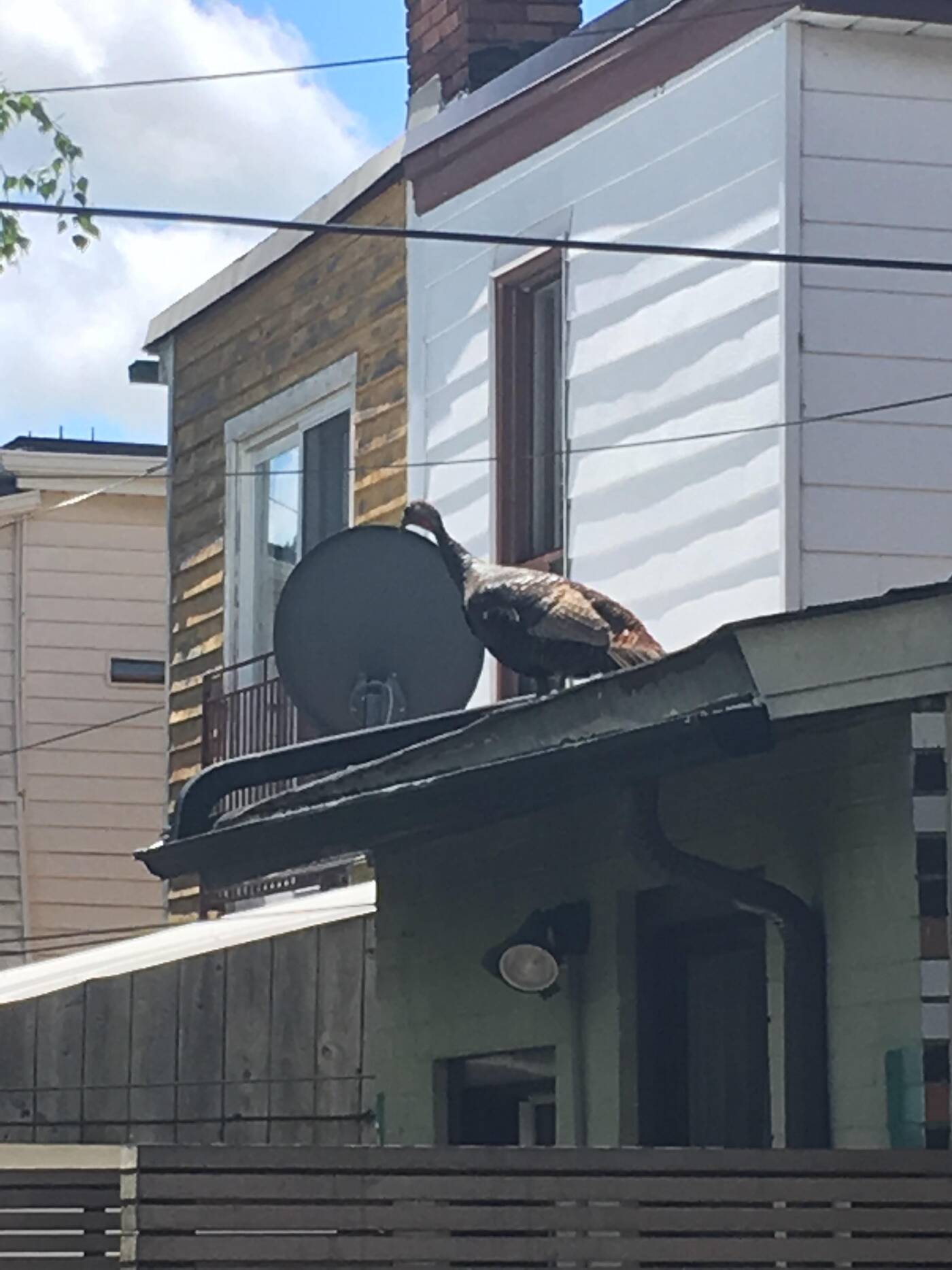 A similar-looking turkey was said to be roaming around a street not far from Christie Pits Park in early June. Photo via theecheesinator/Reddit.

It may even be the same turkey who stopped traffic by jogging down Dundas Street West back in April.

A turkey decided to brave the ice and snow this weekend by wandering along one of #Toronto's busiest streets https://t.co/WqIni4qfED pic.twitter.com/GTrxbt0s4r

These could all be different wild turkeys, of course — they're not crazy rare in the GTA.

Still, they're not entirely common to see downtown or in residential neighbourhoods, which is why people tend to take note when they see a wild turkey out for a stroll.

Only time will tell how many turkeys are living free in Toronto's west end, but keep your eyes peeled if you want to catch a glimpse. Apparently, they spend most of their time on the ground looking for food.

If you're interested, wild turkeys like fruit, seeds, nuts and bugs — which sounds way better than rotting garbage, if you ask anyone other than the raccoons.