If Toronto's parks were students at your high school, Christie Pits would be the sensitive jock - popular, versatile and slightly misunderstood.

Christie Pits hosts three baseball diamonds, a soccer pitch, the Alex Duff Outdoor Pool, an outdoor hockey rink and of course, what's any park without a splash pad? If tagging into a game of pickup isn't your thing there are plenty of picnic tables to lounge on and trees to read a book under. Off the south-west path sprouts a community garden â community is something of a theme at Christie Pits. The park is claimed by a number of Toronto neighbourhoods, sitting near the boundaries of Bloorcourt, The Annex and Koreatown â and serves as a meeting place for each of them. 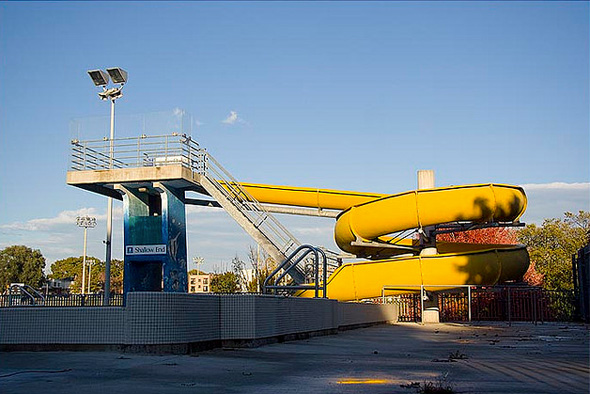 The park is easily accessible, just north of Bloor at the Christie subway stop. During the days loosely organized sports fill up the diamonds and fields. The paved trails that surround and transect the park are usually filled with joggers and parents with strollers.

After work hours the park buzzes with youth sports and all the crowds that come with that, though there's still plenty of room in the south end for the layabouts. Lines of yoga mats and tai chi groups finish off the city park checklist. Once night falls the park is lit for baseball games and taken over by sports fans and discreetly intoxicated twenty-somethings. 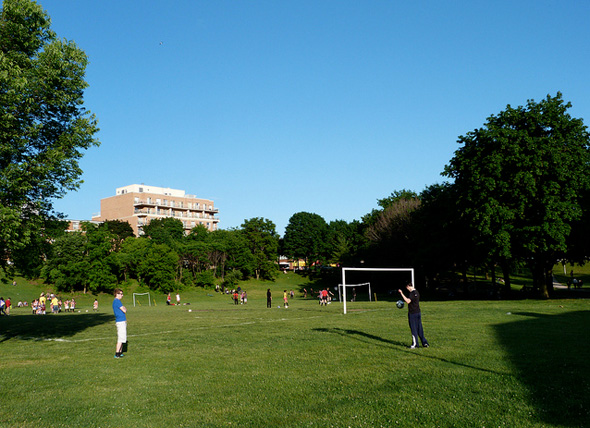 Formerly Willowvale Park, Christie Pits has undergone many phases of its being. The great sloped sides of the park were originally used to contain the Christie Sand Pits. The pit was converted to parkland in 1909, and now over a century later those slopes are better known as one of the city's best tobogganing locations.

If you enter the park at the south-east entrance, you can garner some of the not-so-proud park history from a plaque commemorating the riots that took place on the site on August 16th 1933. The riot at Christie Pits was one of the city's most violent ethnic clashes. Fighting was sparked by repeated displays of swastikas on flags and clothing at the Toronto junior softball championship, in which the largely Jewish Harbord Playground team was playing. Per the plaque, "Italian friends of the Jewish youths rushed to the area" and what ensued was a five-hour long riot. Afterwards, Mayor William Stewart criticized poor response time of the chief of police and announced anyone displaying a swastika would be prosecuted. 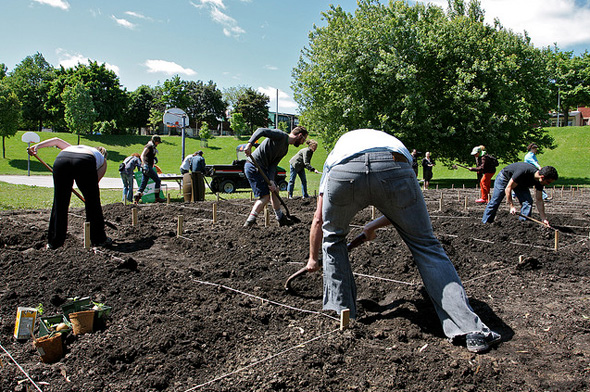 As in many Toronto parks, residents in the surrounding neighbourhoods have become increasingly vocal in recent years, forming a collective known as "Friends of Christie Pits" in 2007. The group organizes events and aims to ensure the park and community are safe.

In the 2009 garbage strike Christie Pits became a temporary dumping site. Photos of the park's hockey rink filled to the brim with garbage bags became an iconic picture of the strike. Walking the paths now, you can see why the surrounding neighbourhoods resented this so much. Christie Pits feels lived-in, a spacious but cozy local park that closes visitors in and acts as an informal community centre for a wide range of people. 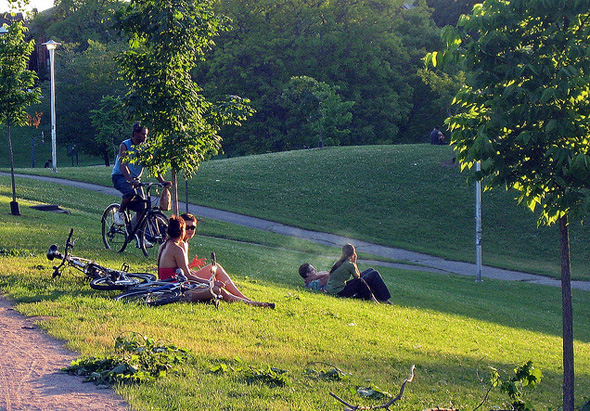 Dog friendly? On leash only