The amount of park space running along Toronto's downtown waterfront is expanding—this much we know.

We also know what some of the new parks will look like, to an extent, but only now are we starting to see the emergence of other standalone features that'll bring new levels of artistic gravitas to the bustling Harbourfront.

A stunning new landscape installation dedicated to Canadian hero Terry Fox will be assuming a permanent home along Toronto's waterfront between the Spadina Quay Wetlands and Music Garden next fall, according to The Legacy Art Project, which has been working with the City of Toronto for years to make the citizen-funded public space happen. 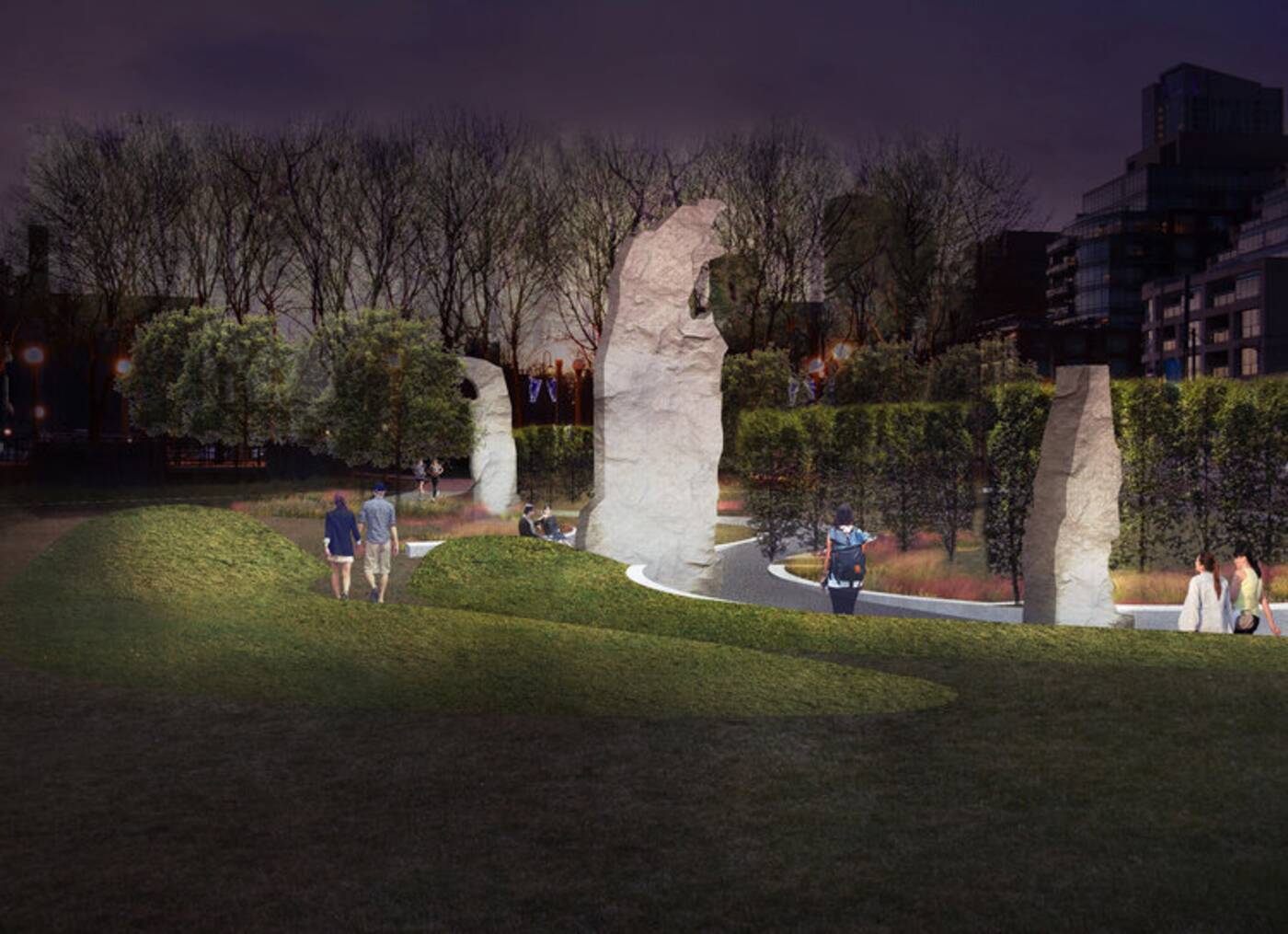 Designed by Jon Sasaki and Toronto's own award-winning DTAH, a curving, landscaped path will be obscured by a series of storey-high sculpted granite slabs to form an obstacle illusion, of sorts, across the space.

New renderings, released today, show that the slabs come together from a specific viewpoint to form Fox's iconic midstride silhouette.

The citizen-funded work itself won't be unveiled until Fall of 2020, coinciding with the 40th anniversary of Fox's cross-Canada Marathon of Hope, but you can learn more about the project and how to support it on the website.

"The granite sculptures act as an optical illusion inviting pedestrians to consider obstacles as opportunities," says Sasaki of the work.

"The design strives to convey Terry Fox's legacy in an experiential way, to inspire people to keep pushing forward and to recognize all that can be achieved with a collective perspective."