The designs for two highly-anticipated new parks along Queens Quay West have finally been announced.

After a months-long international competition for the designs of York Street Park and Rees Street Park, two winners have been chosen by Waterfront Toronto and the city's department of Parks, Forestry, and Recreation to go ahead with their proposed designs.

The Love Park design by Montreal-based firm Claude Cormier + Associés has been chosen for York Street Park, while L.A.-based wHY Architecture and local firm Brook Mcllroy's Rees Ridge has been selected for Rees Street Park.

The winners were announced today following submissions from over 40 design teams from around the world, six weeks of design exercises, and months of sorting through short-listed proposals. 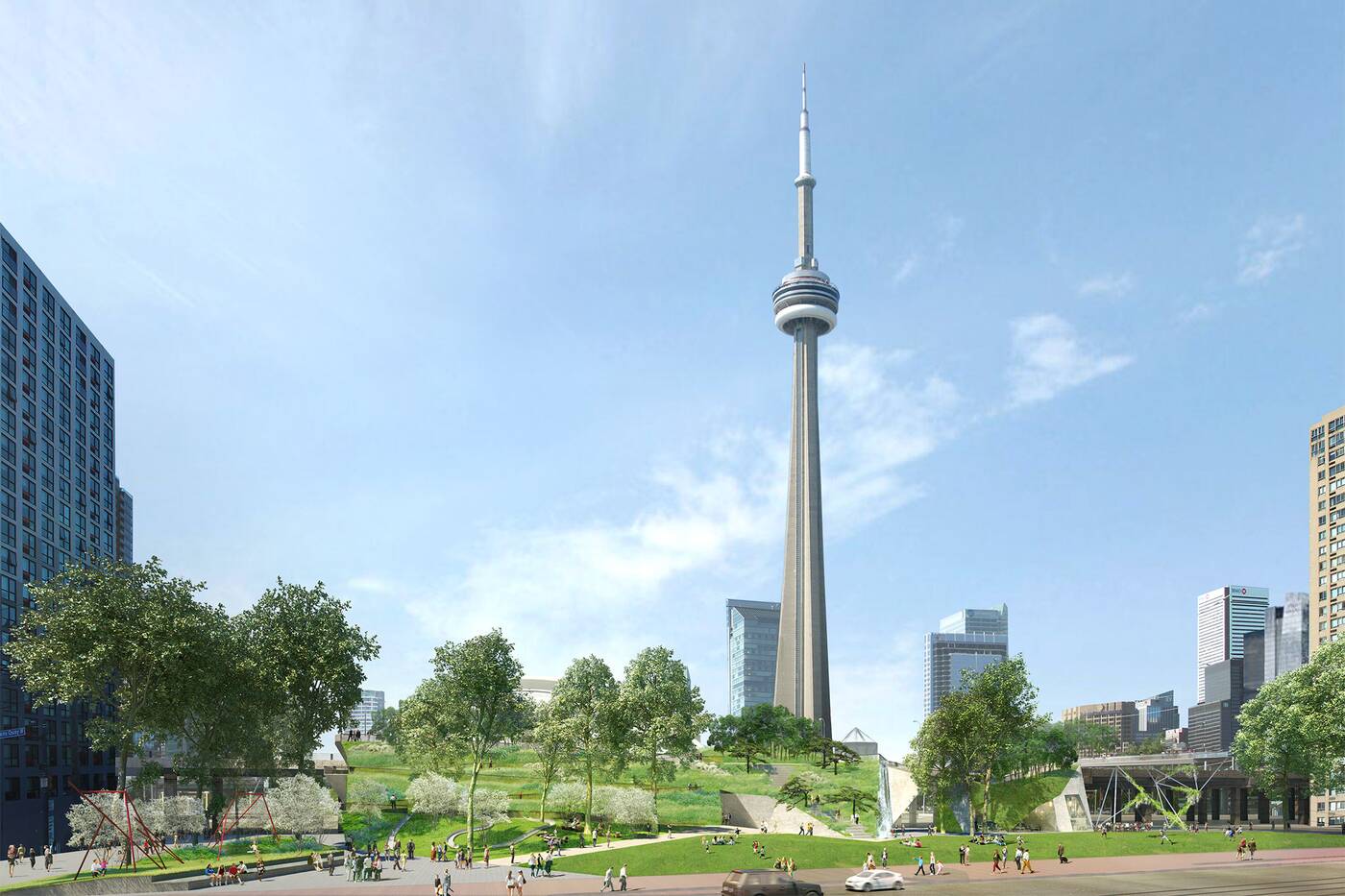 Requirements for both designs included the incorporation of some type of architectural pavilion, possible integration of public art, and an interactive water feature.

Claude Cormier, which has been redefining Toronto's public spaces for years, was a unanimous winner with its transformation of what used to be the Gardiner Expressway's old off-ramp into York Street Park.

With a budget of around $7 million, the firm's redesign will include a large pond located in the middle of the park, and pathways winding around patches of grass, not unlike the planning of HTO Park, which Cormier also helped design.

A big plus of the winning proposal is that it offers a great bird's-eye view for surrounding office buildings. Construction on this park is expected to start sometime next year.

Meanwhile the design for Rees Street Park, which was also unanimously chosen by the jury, will turn the current parking lot into an active green space with a large ridge, not unlike the raised seating at Nathan Phillips Square's Peace Garden.

The competition's requirement for this park included an open lawn and an area large enough to support a market zone of up to 25 vendors.

The budget for this project was slightly higher at $10 million, and construction is expected to start in 2020.