A brutal year for murder rates in the City of Toronto continues to get worse this week with the death of a young man from multiple gunshot wounds.

Toronto Police confirmed early Wednesday morning that a man believed to be in his 20s had died after being shot on Ann Arbour road near Albion and Weston shortly before midnight.

The victim was rushed to a local trauma centre in critical condition and succumbed to his injuries shortly thereafter, making his the 89th homicide case of 2018.

Toronto is now tied with 1991 for the highest number of murders in a single year, and we're only halfway through November.

Update:
The male victim of the shooting has succumbed to his injuries in hospital. He has been pronounced dead.
This is Homicide #89/2018 @TPS31Div #GO2096419^adc

Sad as the news may be, it shouldn't come as much of a surprise.

Gun violence was top of mind for many in Toronto over the summer as high-profile shootings made headlines on an almost weekly (sometimes daily) basis.

In June, the city had racked up more than double the amount of murders it had seen the previous year at that same time, with 48 homicides on record, according to police.

Both Mayor John Tory and Toronto Police Chief Mark Saunders have blamed the uptick in shootings on gang activity, though they've also been taking measures to address gun violence in the city.

Of course, firearms are only one part of the problem. 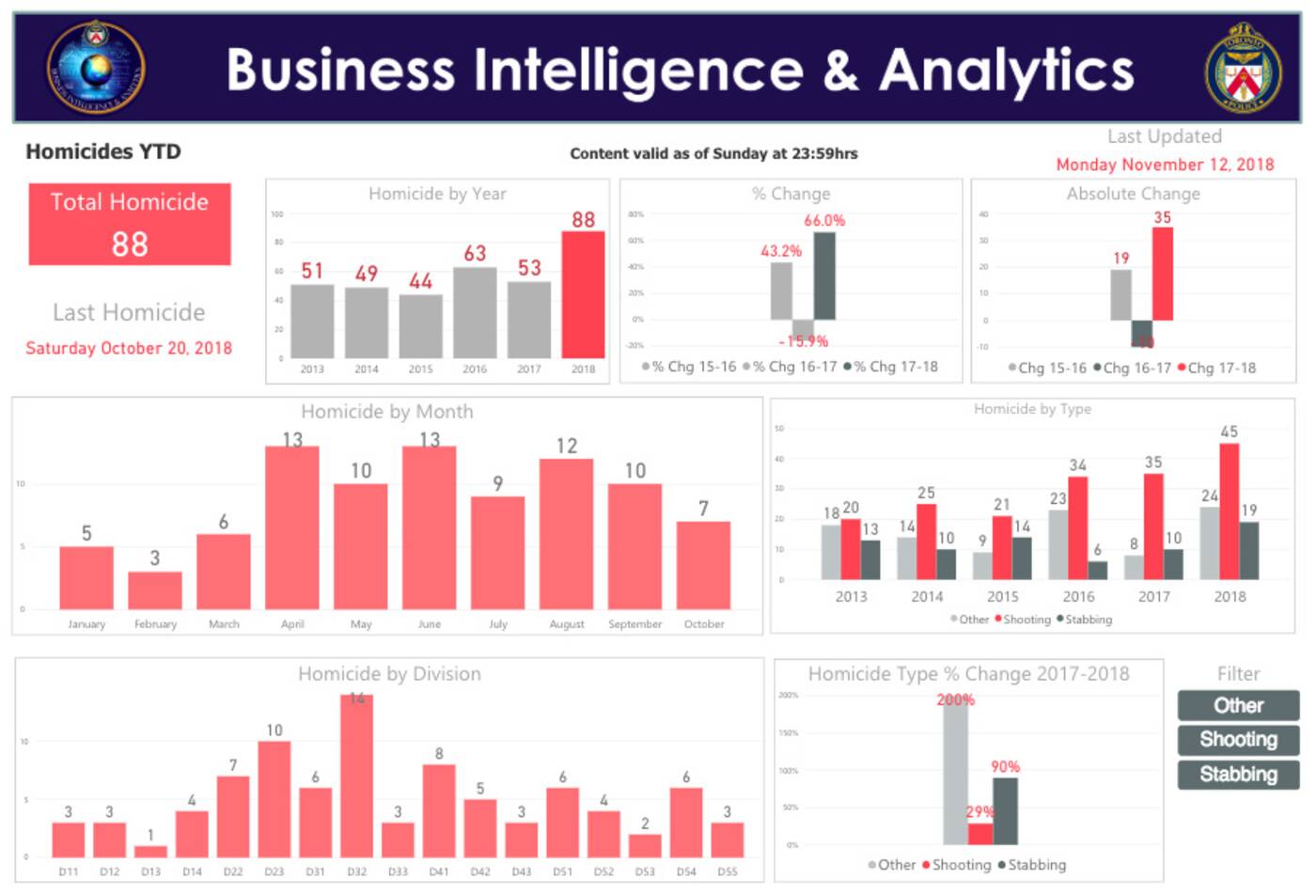 Homicides in general had risen by approximately 200 per cent as of October 20 compared to the same date in 2017. Image via TPS Crime Statistics data portal.

Ten people were killed in April when a rental van plowed through crowds of pedestrians on Yonge Street, among other violent killings, including that of a 73-year-old man who was pushed into the path of an oncoming subway train at Bloor-Yonge Station.

The story of alleged Toronto serial killer Bruce McArthur has done little to ease the minds of citizens when it comes to murder, though his victims (he's been charged with killing at least eight people so far) do not add to this year's homicide count.

As of October 20, when Toronto Police last updated their crime statistics data portal, shootings deaths were up 29 per cent over 2017. Homicides in general have spiked by approximately 200 per cent.

Anyone with information regarding last night's homicide near Albion and Weston Roads are asked to call police or Crime Stoppers at 416-222-8477.