Yonge-Dundas Square is the site of Toronto's latest deadly shooting

One of Toronto's most iconic public spaces was the site of a fatal shooting on Wednesday night that resulted in the death of a yet-to-be-identified man.

Police say that one man, believed to be in his 20s, was shot several times around 11 p.m. at Yonge-Dundas Square in downtown Toronto.

The victim was rushed to hospital without vital signs and died there as a result of his injuries.

At least three suspects were seen fleeing the area, according to police, and have not yet been apprehended.

Homicide Det. Stephen Henkel told reporters Wednesday night that CCTV footage was being pulled from any security cameras with a view of Yonge-Dundas square, and encouraged anyone who may have been in the area at the time of the shooting to contact police.

This marks the continuance of a particularly deadly stretch of gun violence for Toronto.

Police reported four separate shootings in the city on Sunday night alone, one of them resulting in the death of 21-year-old Venojan Suthesan near Lester B. Pearson Collegiate Institute.

On Monday night, 37-year-old Matthew Staikos was gunned down in Yorkville, becoming Toronto's 36th homicide victim of 2018. Police said at the time that six other people had been murdered over a stretch of eight days.

One of those victims was 28-year-old Jaiden Jackson, who was shot to death while leaving a private party at Drake's Pick 6ix restaurant in downtown Toronto last Sunday.

I've lost count. How many shootings since last week?
Here's another for you, Toronto. 😳 https://t.co/hL28aw2a43

With shooting incidents spiking in recent weeks, people are already drawing comparisons to 2005's infamous "summer of the gun." A total of 359 shootings took place that year, with 52 people dying as a result of gun violence.

The Toronto Police Service's Public Safety Data Portal shows that, as of Sunday, there had been 162 shootings so far in 2018.

That's an 11 per cent increase over where we were last year at this time, and a whopping 57 per cent higher than the number of shootings that had taken place by May in 2014. 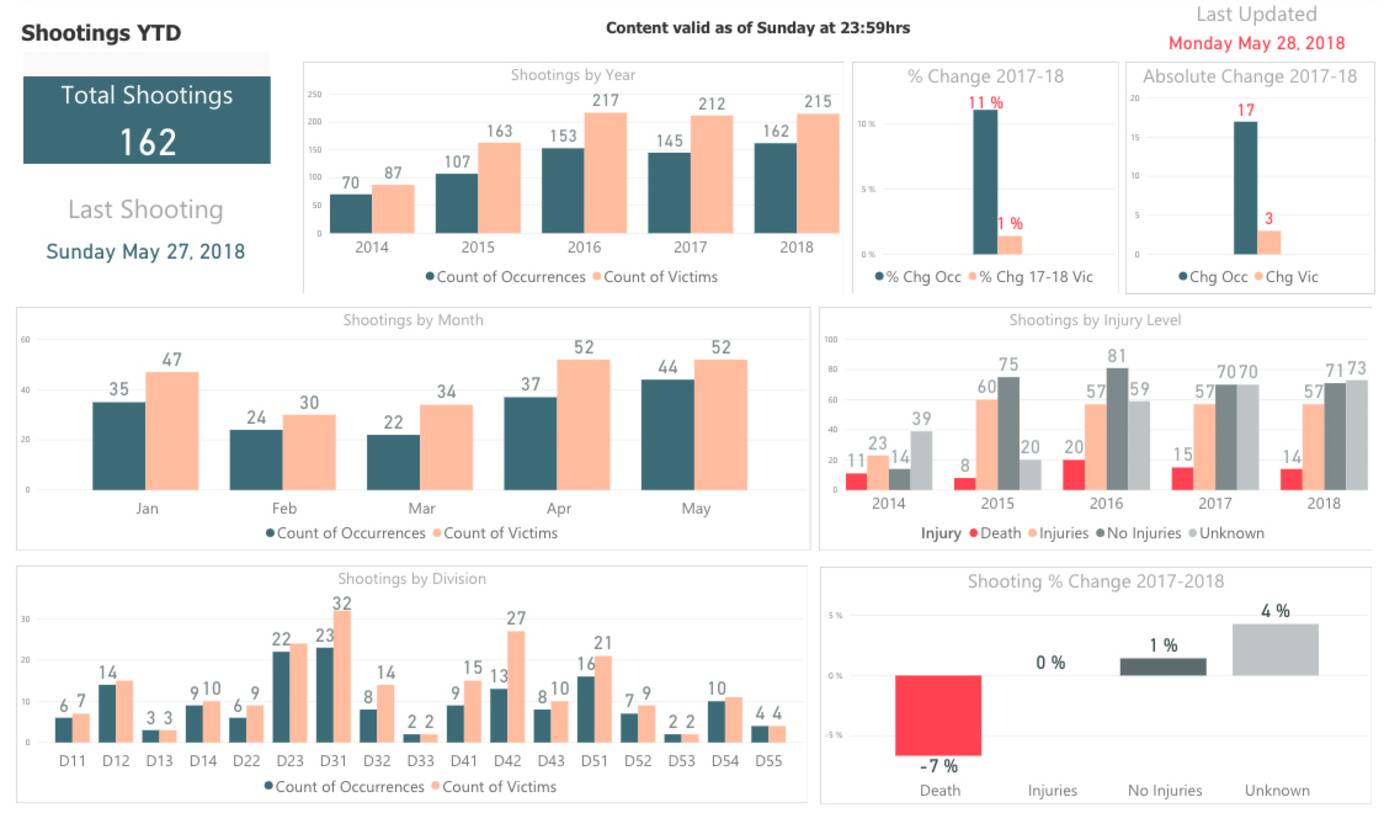 While shootings are believed to happen in "clusters," particularly during summer months, data does show that the number of incidents are growing year-over-year in Toronto.

Citizens are definitely noticing the uptick, but police are ever vigilant.

Just yesterday, TPS announced that four men had been arrested and were facing a total of 97 charges related to the investigation of a shooting that took place in Regent Park on Monday.

"Of course it's concerning," said Toronto police spokesperson Mark Pugash to Global this week about the rash of shootings. "We're making excellent arrests. We're taking guns off the streets and we’re putting all of our resources into solving these homicides."

Here is the latest update on the Regis Korchinski-Paquet case