All the businesses at Yonge and Gerrard are closing

The southeast corner of Yonge and Gerrard has been deteriorating into a strip of empty storefront for years.

But as of Oct. 31, the block will reach peak desolation when the handful of businesses remaining—many which have been operating there for over a decade—abandon their lots to make way for a massive 85-storey condo project.. 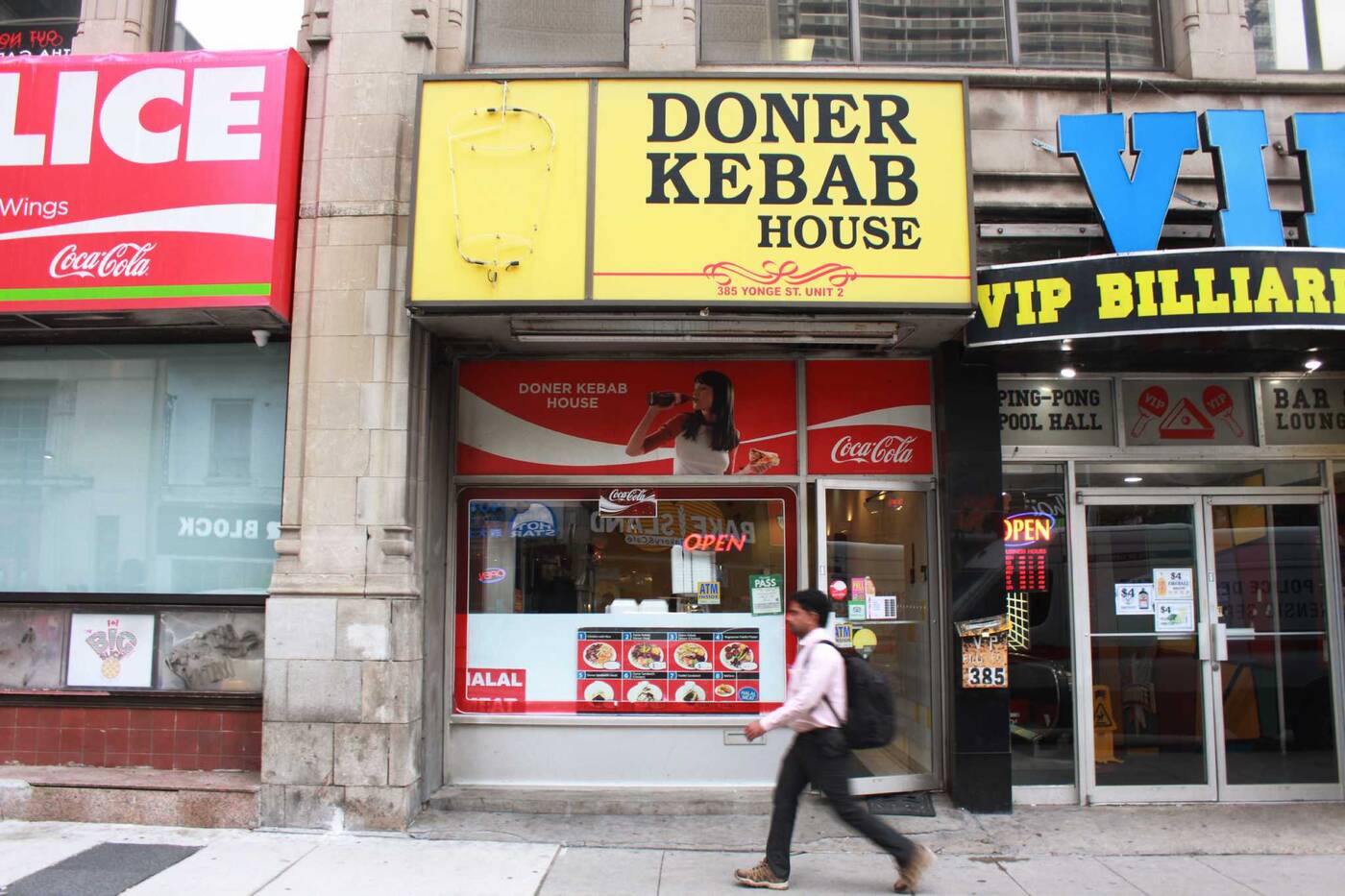 Doner Kebab House has been serving Turkish doner for 17 years.

Eviction notices were served to longtime businesses like the 17-year-old Doner Kebab House (one of Toronto's first Turkish doner spots) and 15-year-old VIP Lounge & Billiards Club last Friday, officially giving owners until the end of the month to vacate the building at 385 Yonge St. 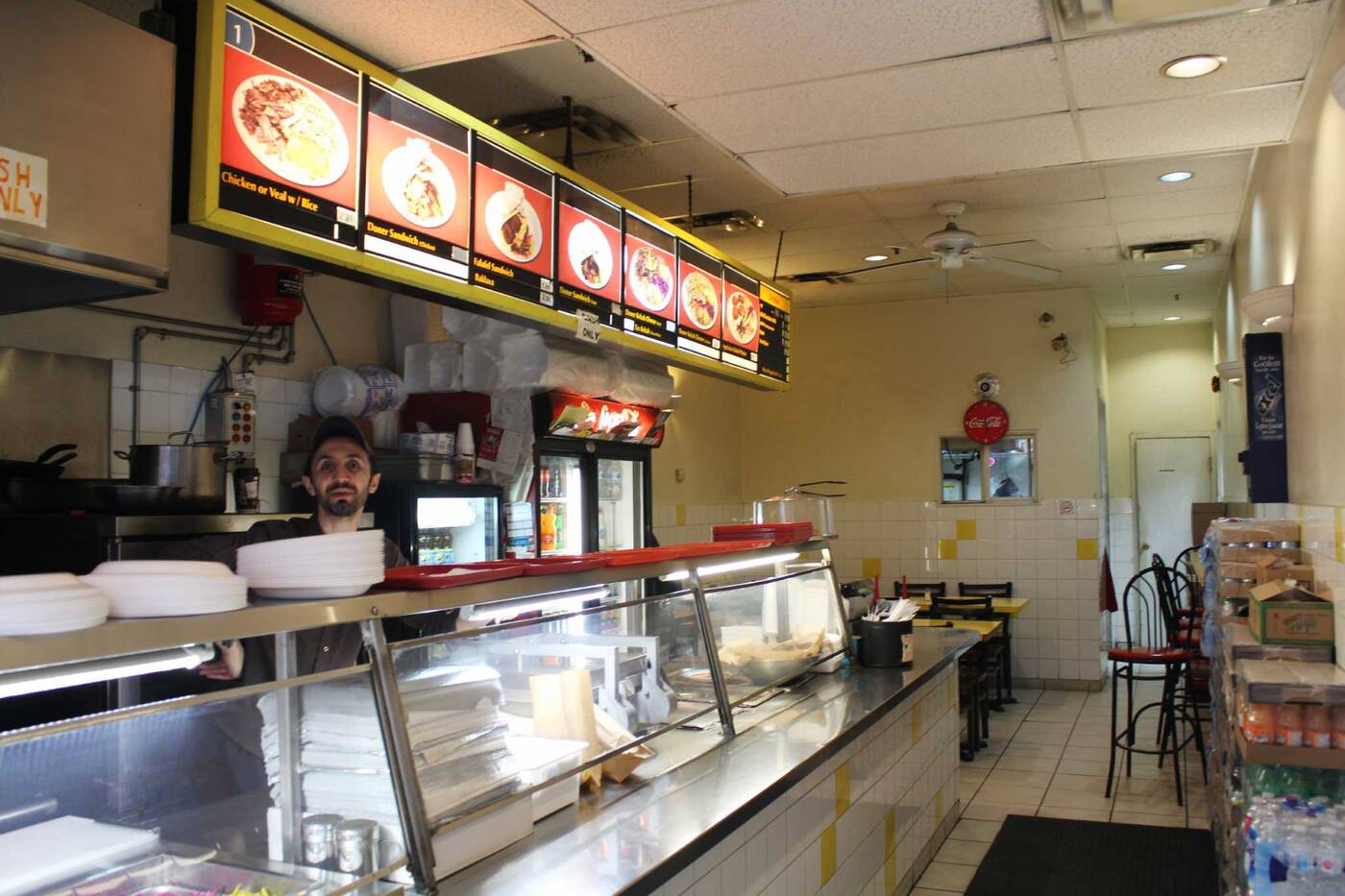 The kebab restaurant will close at the end of the month to make way for an 85-storey condo.

They'll soon follow in the footsteps of other venerated haunts like the late night pizza joint Big Slice, which closed in 2016, and the iconic male strip club Remington's, which gave its last lap dance just this past Sunday, in a final flight from the Yonge and Gerrard strip. 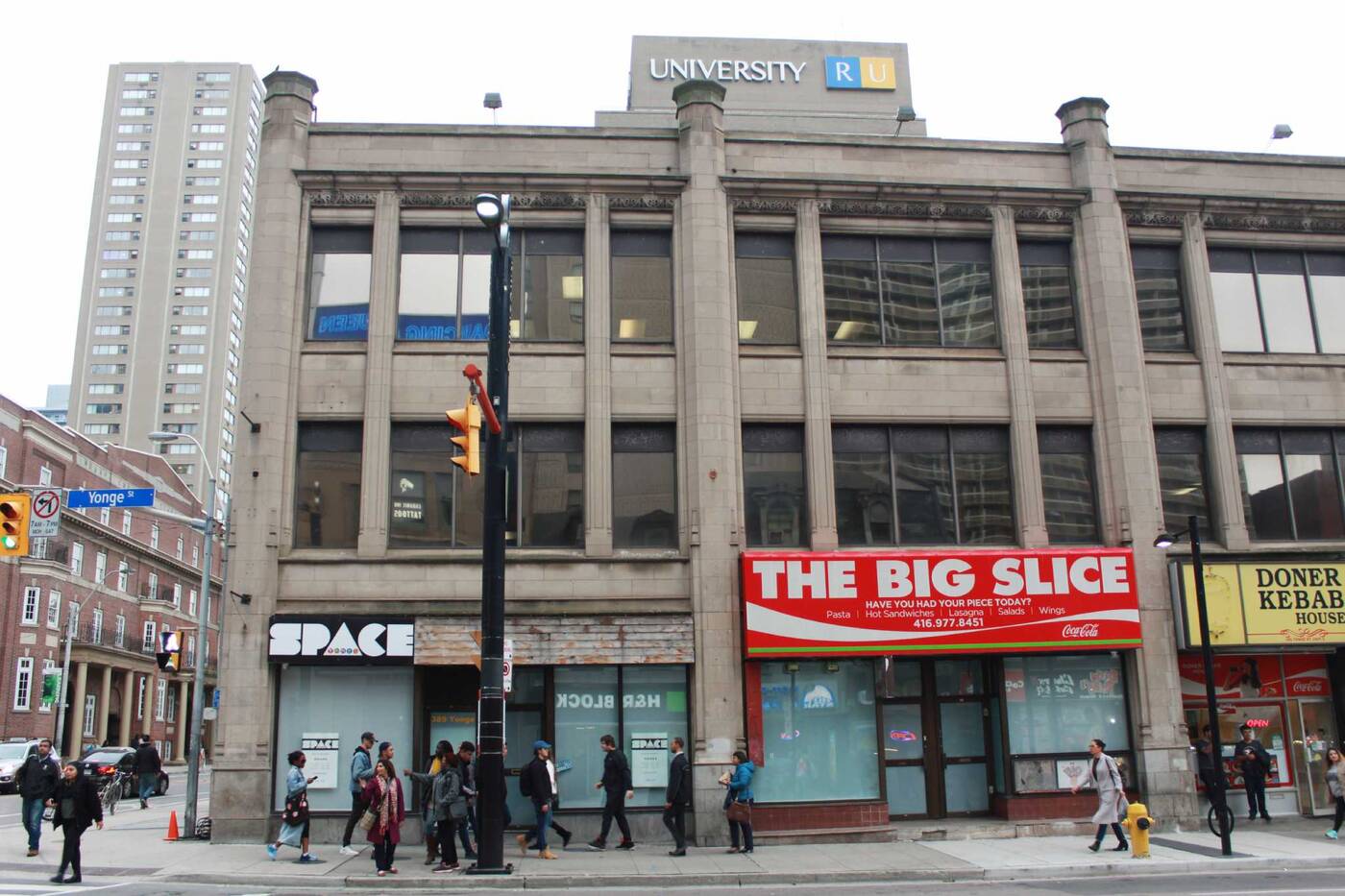 The strip of abandoned buildings start at the southeast corner of Yonge and Gerrard. 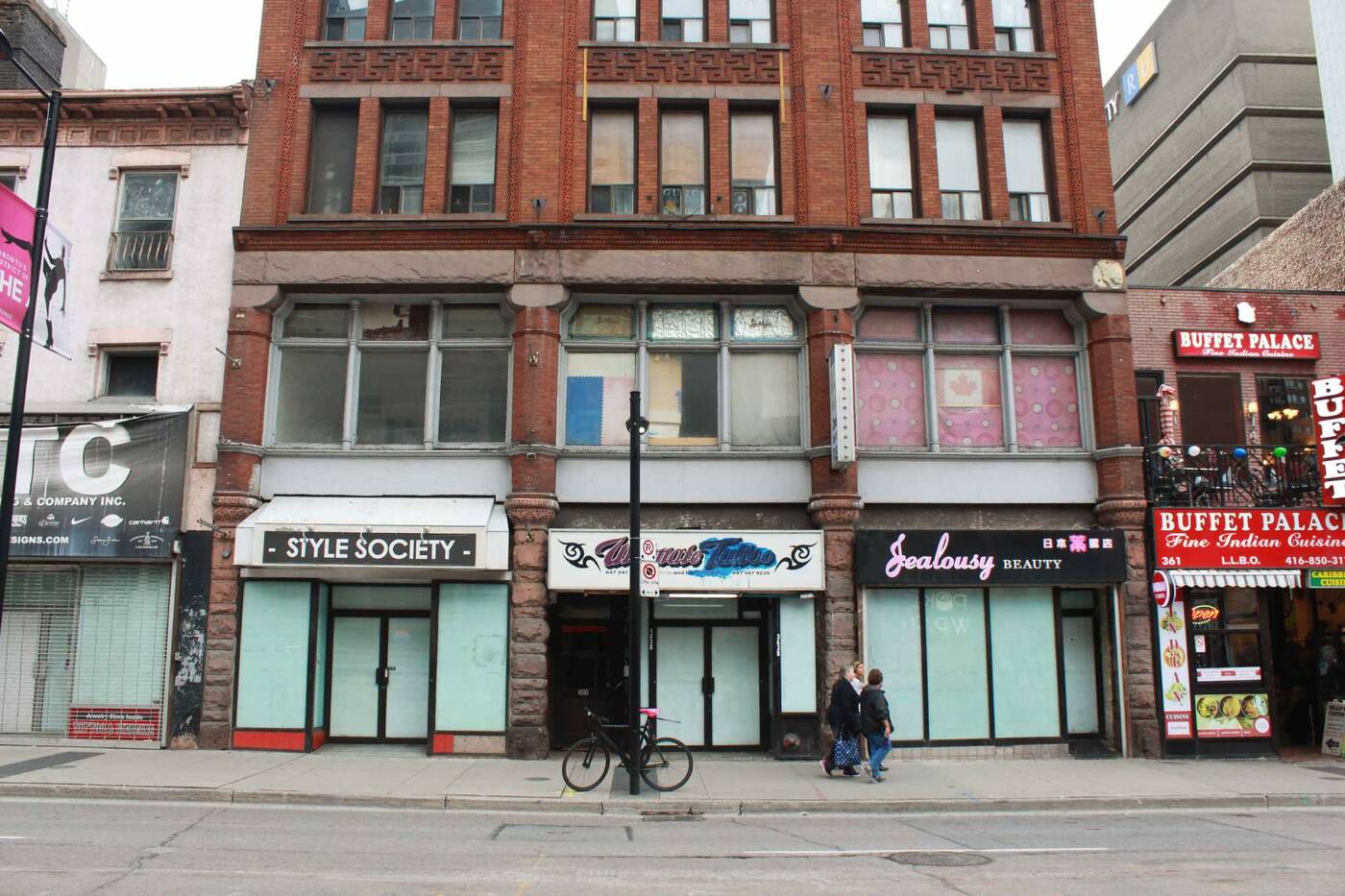 The condo project will take over the Richard S. Williams Block at 363 Yonge St.

Encapsulating the heritage storefronts of Yonge Street Mission, the shuttered Tea Shop 168 and now-closed Korean Grill House and Made In China, the vacancies will run all the way to the three-storey Richard S. Williams Block at 363 Yonge St., where the faded signs of Ultimate Tattoo and Jealousy Beauty still hang. 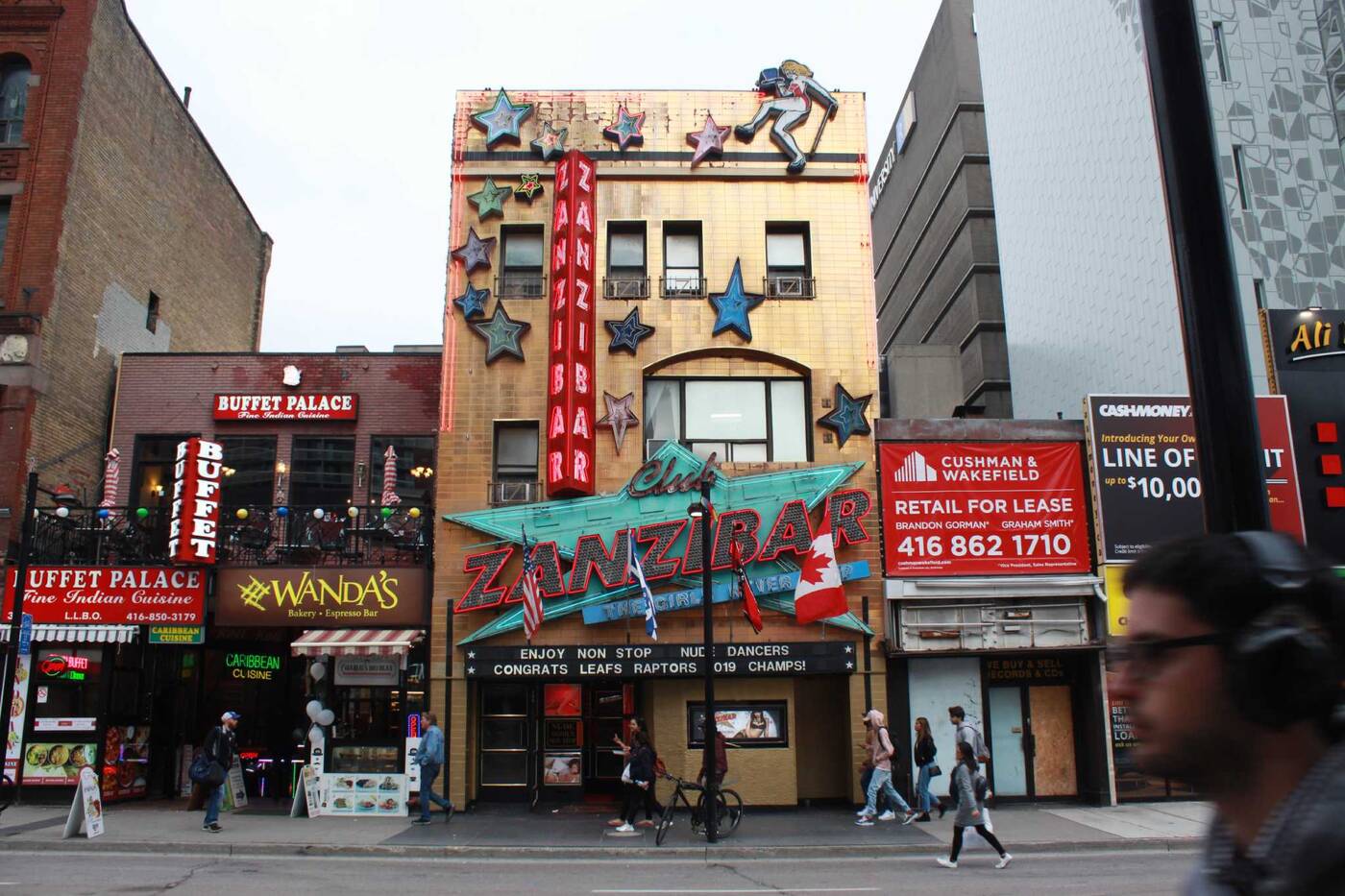 The buildings at 361 Yonge St. onwards will remain unbothered.

The project will end right at 361 Yonge St., leaving the multi-level Joe's Buffet Palace, Wanda's Belgian Waffles, and just beyond it, the iconic Zanzibar, untouched. 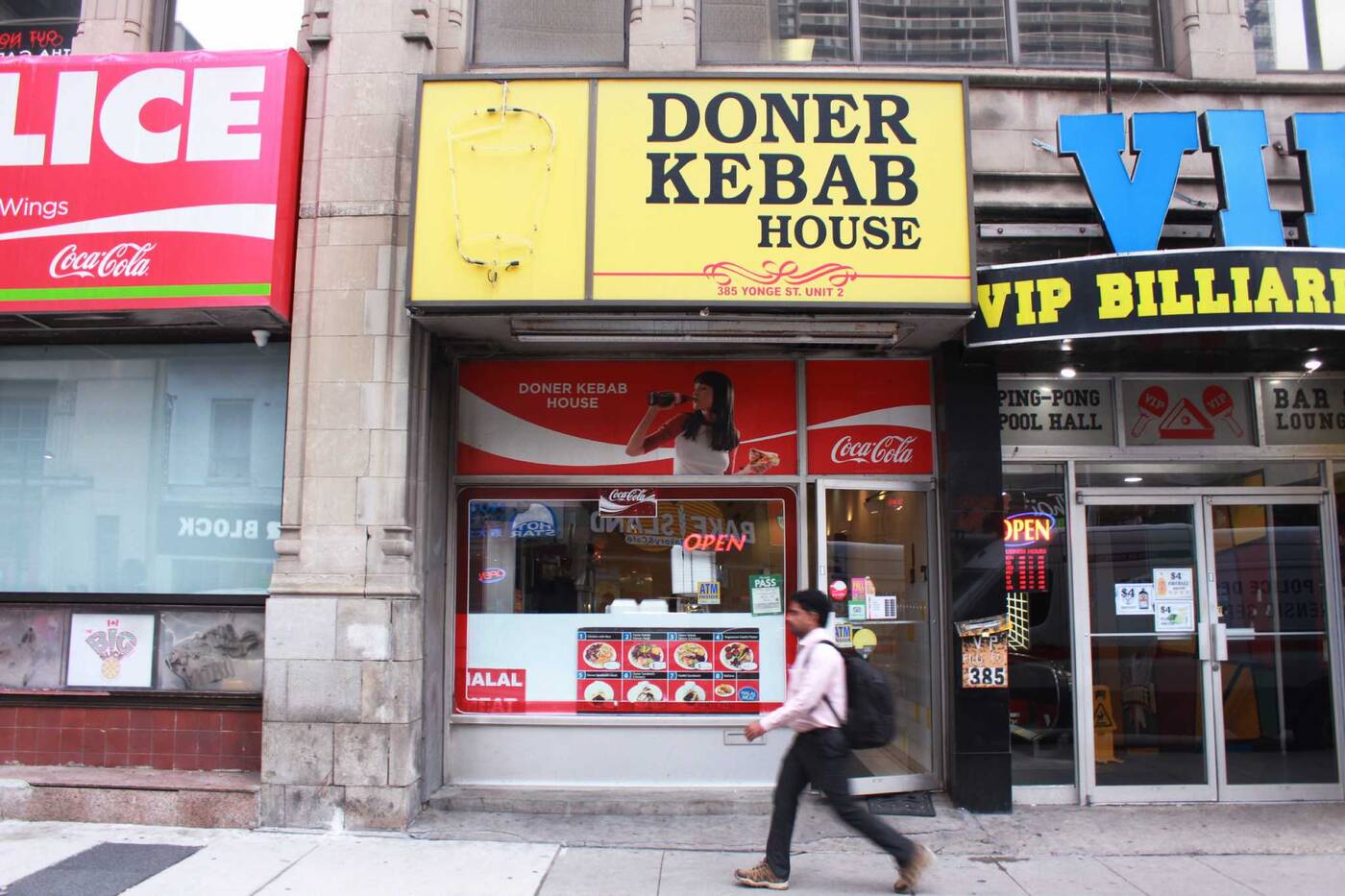 Originally proposed at 98-storeys, plans for the incoming YSL Residences have changed significantly, from its height to how developers plan to build around this stretch of heritage properties. 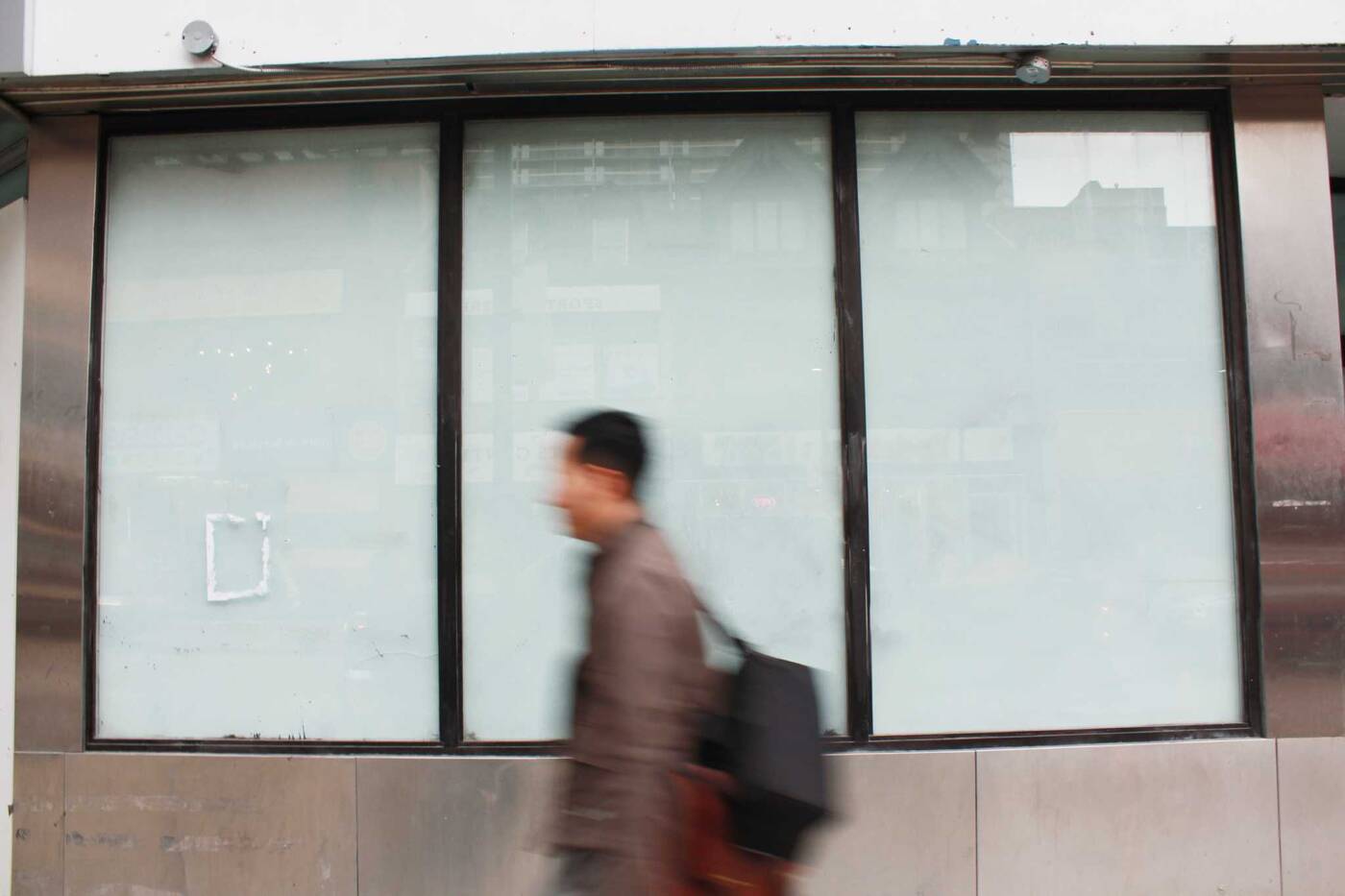 Businesses have slowly been disappearing from this strip over the past three years.

Regardless, Ryerson students, profs, and nearby businesses should brace themselves for an onslaught noise, and dust, that will last years once shovels hit the ground. 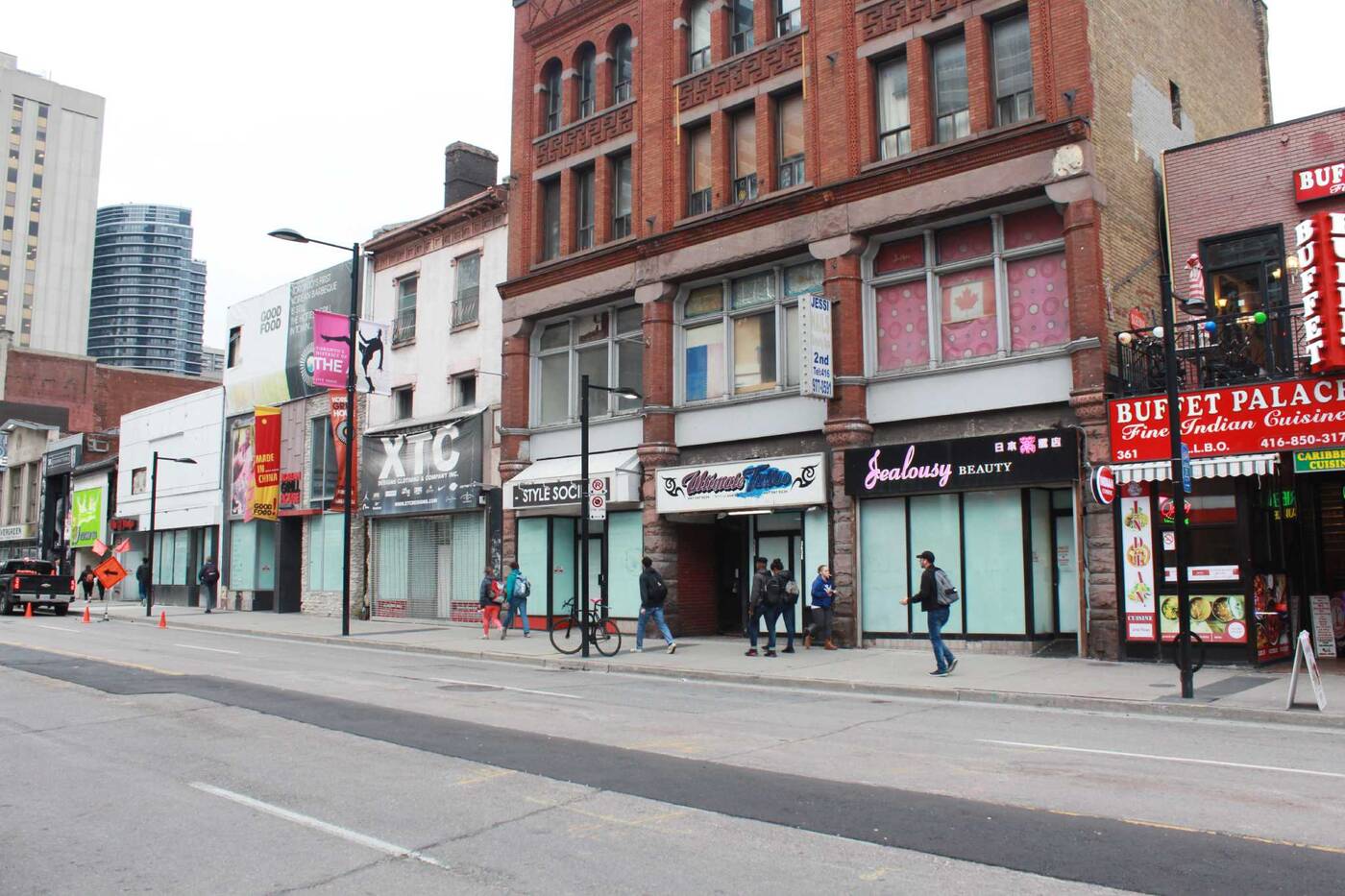 This part of Yonge has historically been a destination for cheap eats, shops, and a couple of strip clubs.

When construction is done, this part of Yonge will have transformed from a historically grungy strip filled with beloved cheap eats and world-famous strip clubs to a towering residential area that will hover six floors taller than the Aura condo just up the street. 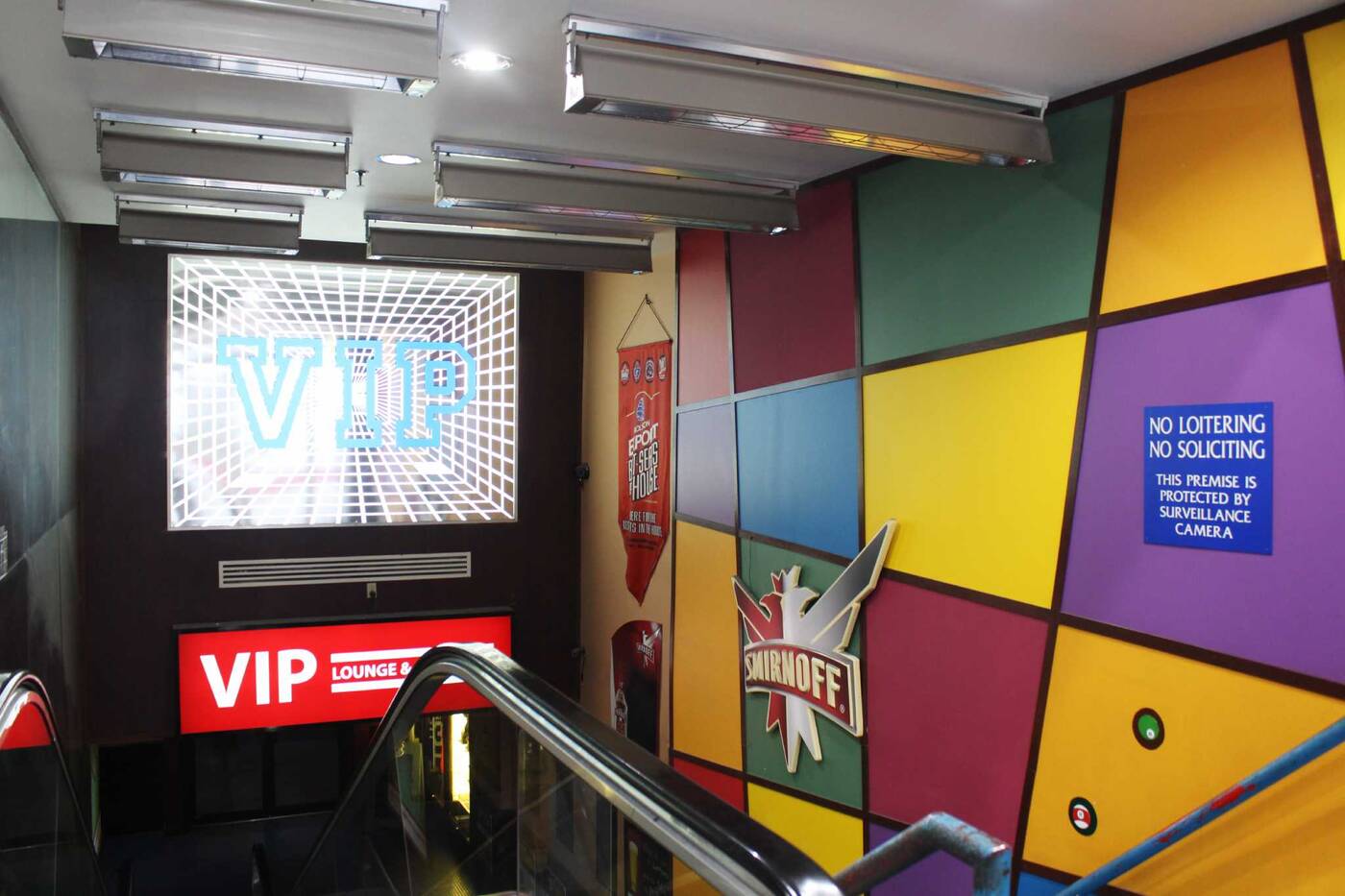 VIP Lounge & Billiards Club has been operating since 2002.

"We're sad and a lot of customers are sad," says Thusi Balasundram, who has been managing VIP Lounge for 10 years. "This is home for a lot of people." 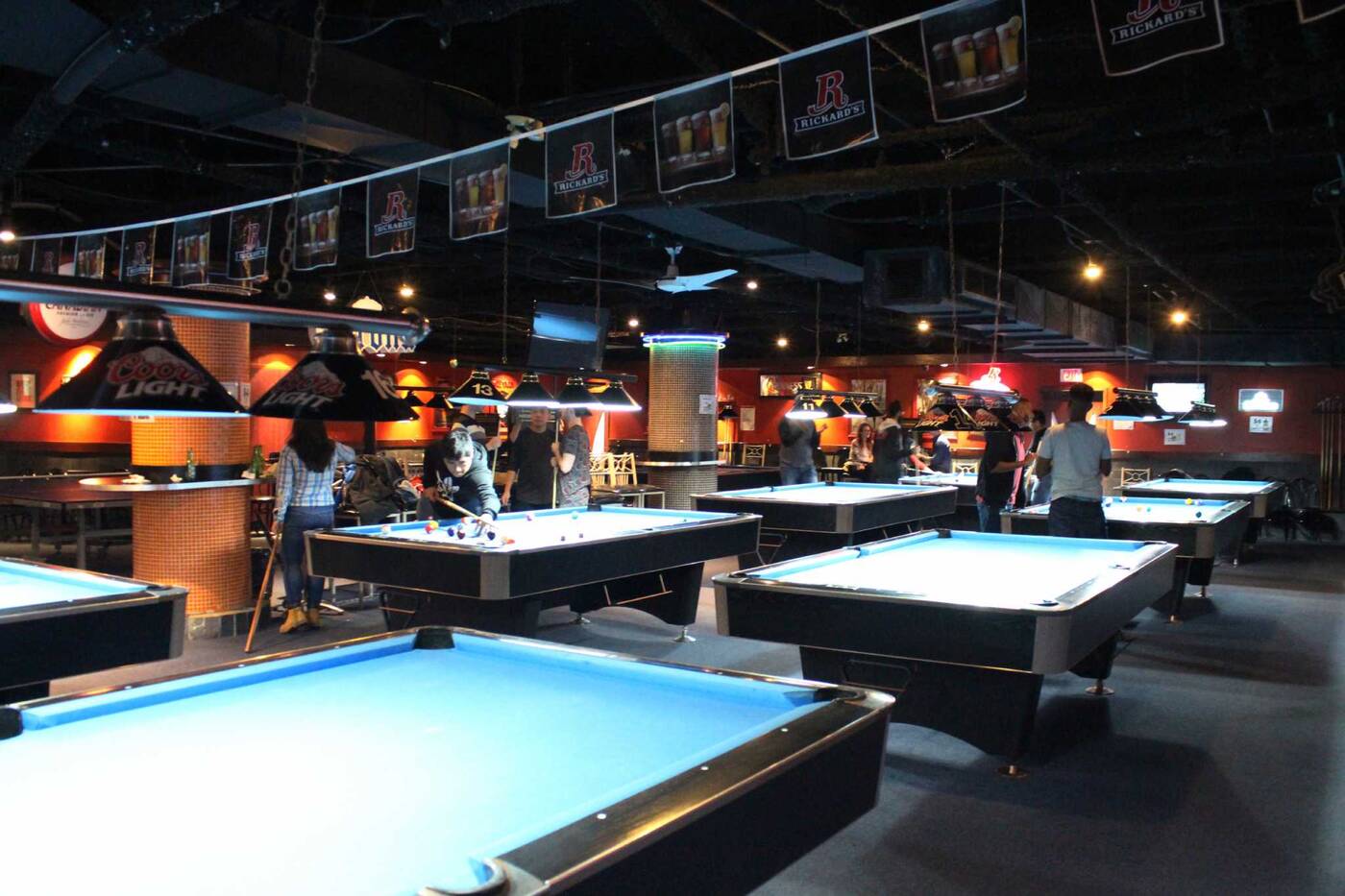 Students and regulars often come to VIP to play pool for $18 an hour.

Though she's known for years that VIP would eventually have to make way for the giant condo project from Cresford Developments, she says the eviction still comes as a shock. Locals will soon have to go elsewhere for a cheap past-time that doesn't include shopping at Eaton Centre or pricey cafes.

"Why do we need more condos," she says. "Everywhere you look it's condos."