Toronto councillors are cloistered inside the chambers of City Hall today, deciding on whether or not to pursue legal action against Ontario Premier Doug Ford for what Mayor John Tory calls a "wrong and unacceptable" move. 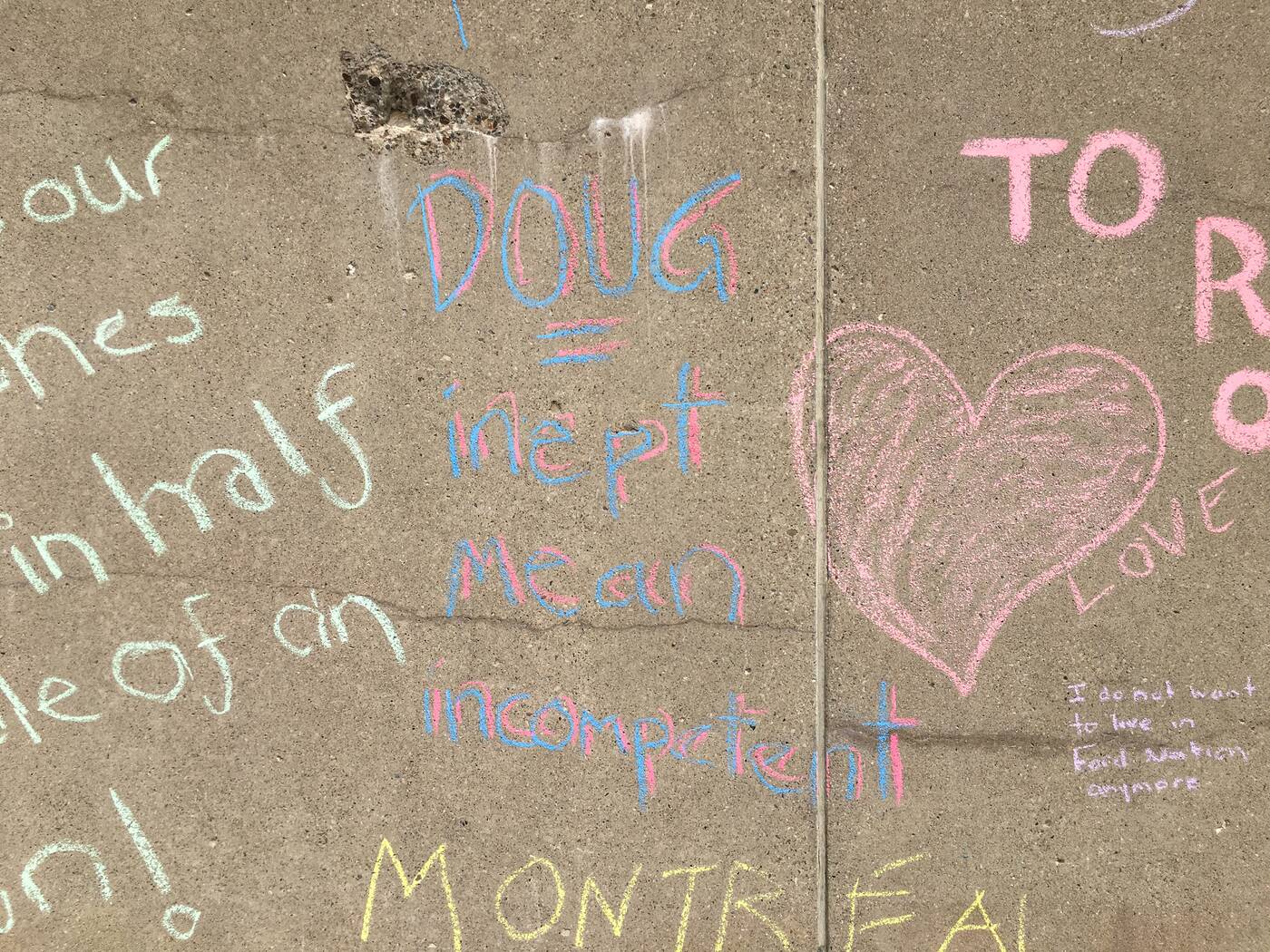 Ford's majority PC Party officially passed a law at Queen's Park last week that reduces the number of seats on Toronto City Council from 47 to 25. Bill 5, as the legislation is called, also completely redraws the city's thoughtfully mapped out ward boundaries.

Adding insult to injury, this bill was introduced in the middle of a municipal election — something that many in the city have taken as a direct affront to the democratic process. 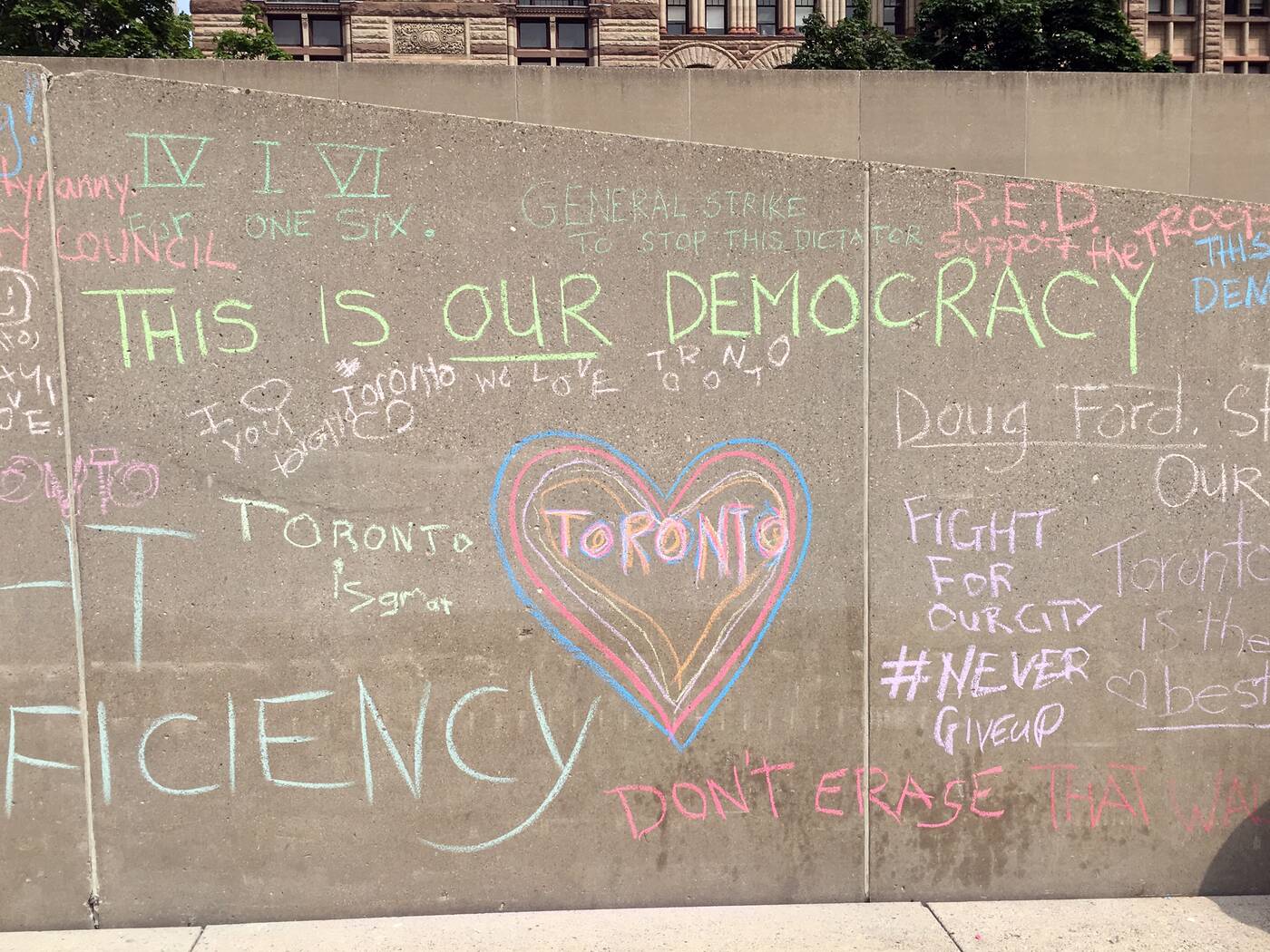 Toronto City Councillors, most of whom are opposed to Ford's plan, gathered at 9:30 a.m. on Monday morning to start working on a counterplan.

As of 4 p.m., they're still debating a confidential report called "Legal options to challenge Bill 5" that is believed to contain advice about a potential court challenge.

When they leave the building, they'll be greeted by an onslaught of messages about this very issue, written in chalk by Torontonians. 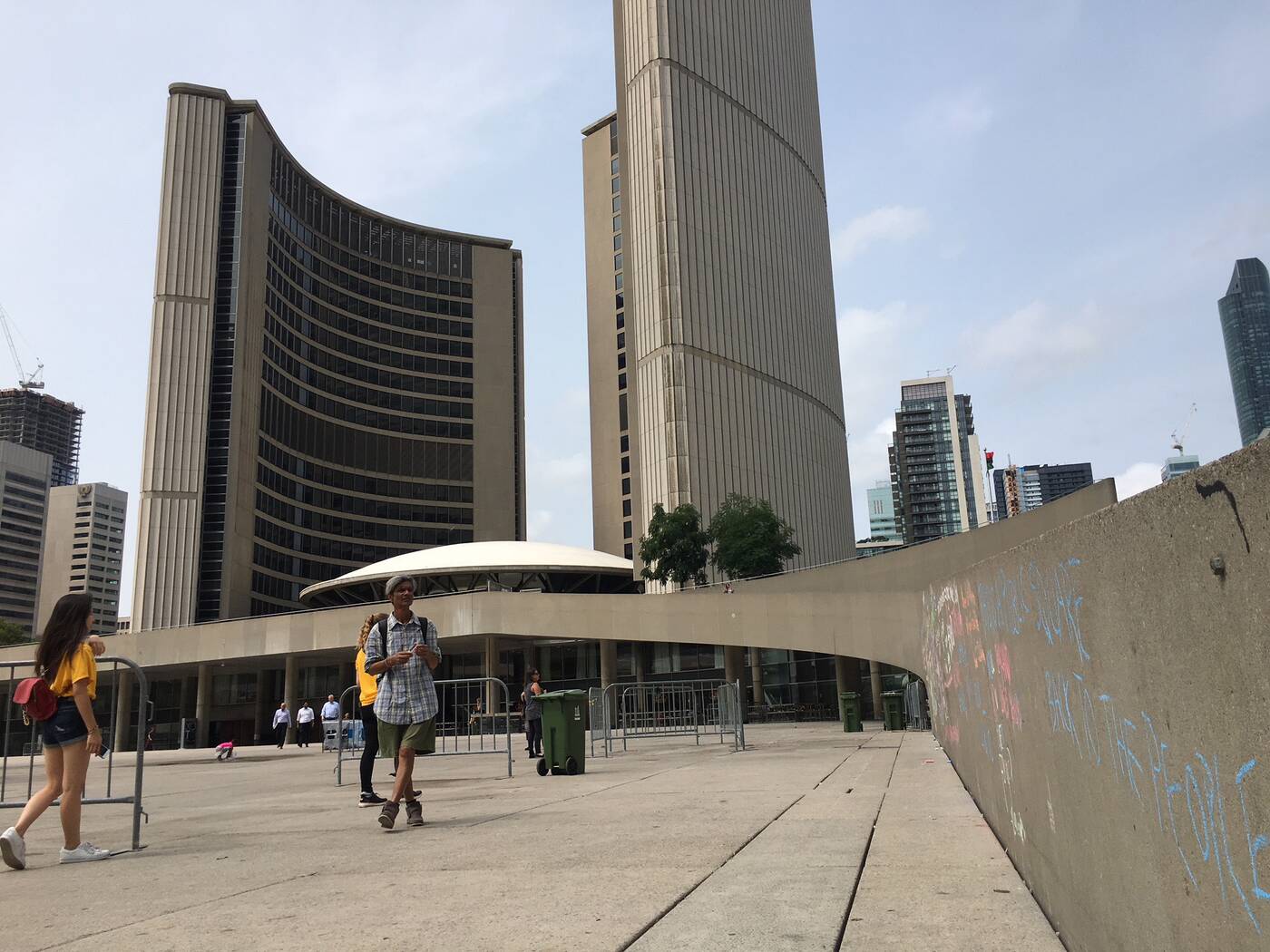 The easternmost wall of inner Nathan Phillip's Square  is quickly filling up with chalk graffiti that reflects what the mayor, councillors and thousands of protesters have been saying since Bill 5 was first announced: 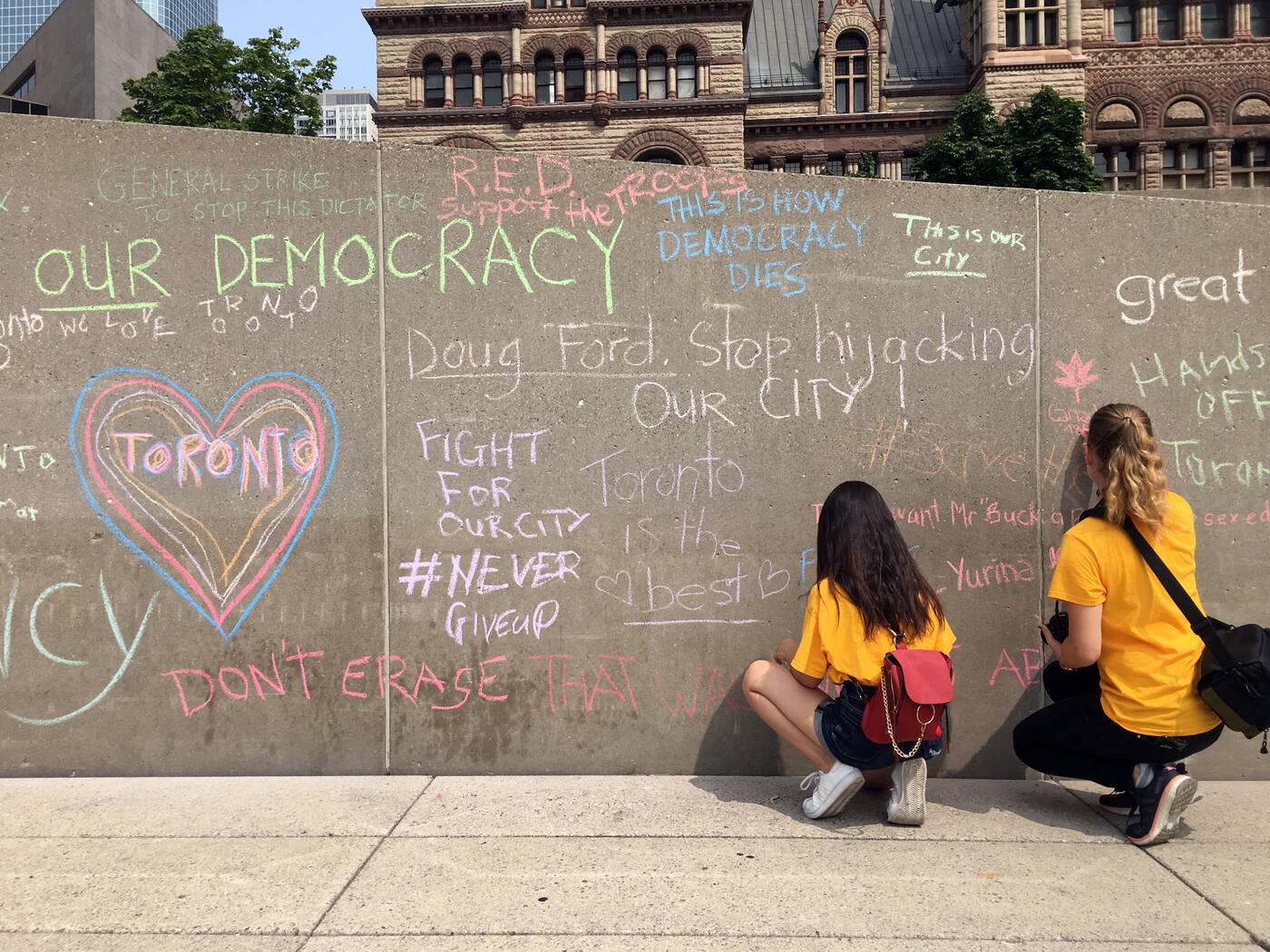 "Where is William Lyon Mackenzie when you need him?" (Dead. The answer is long dead.) 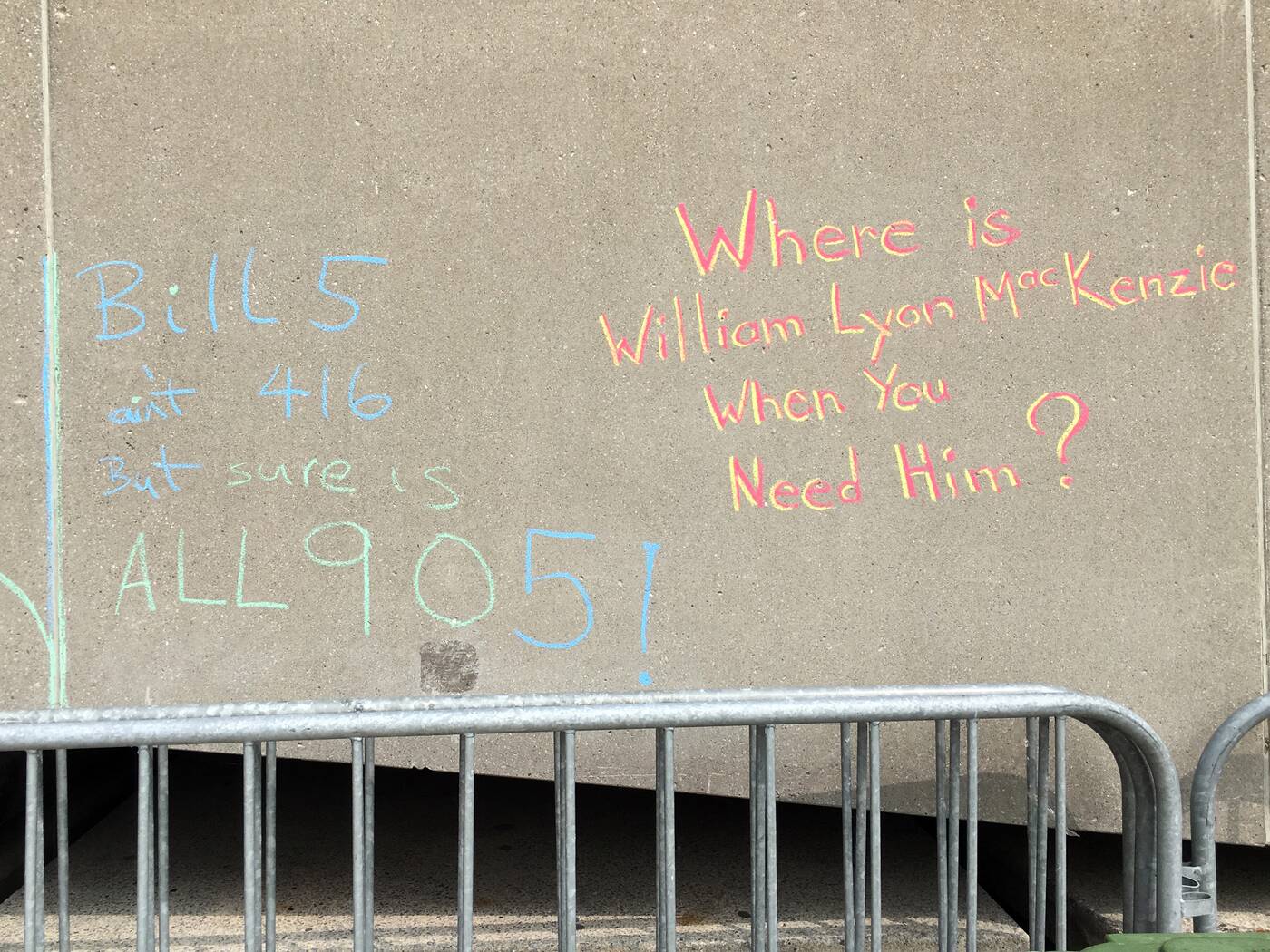 "Say no to Dougs" 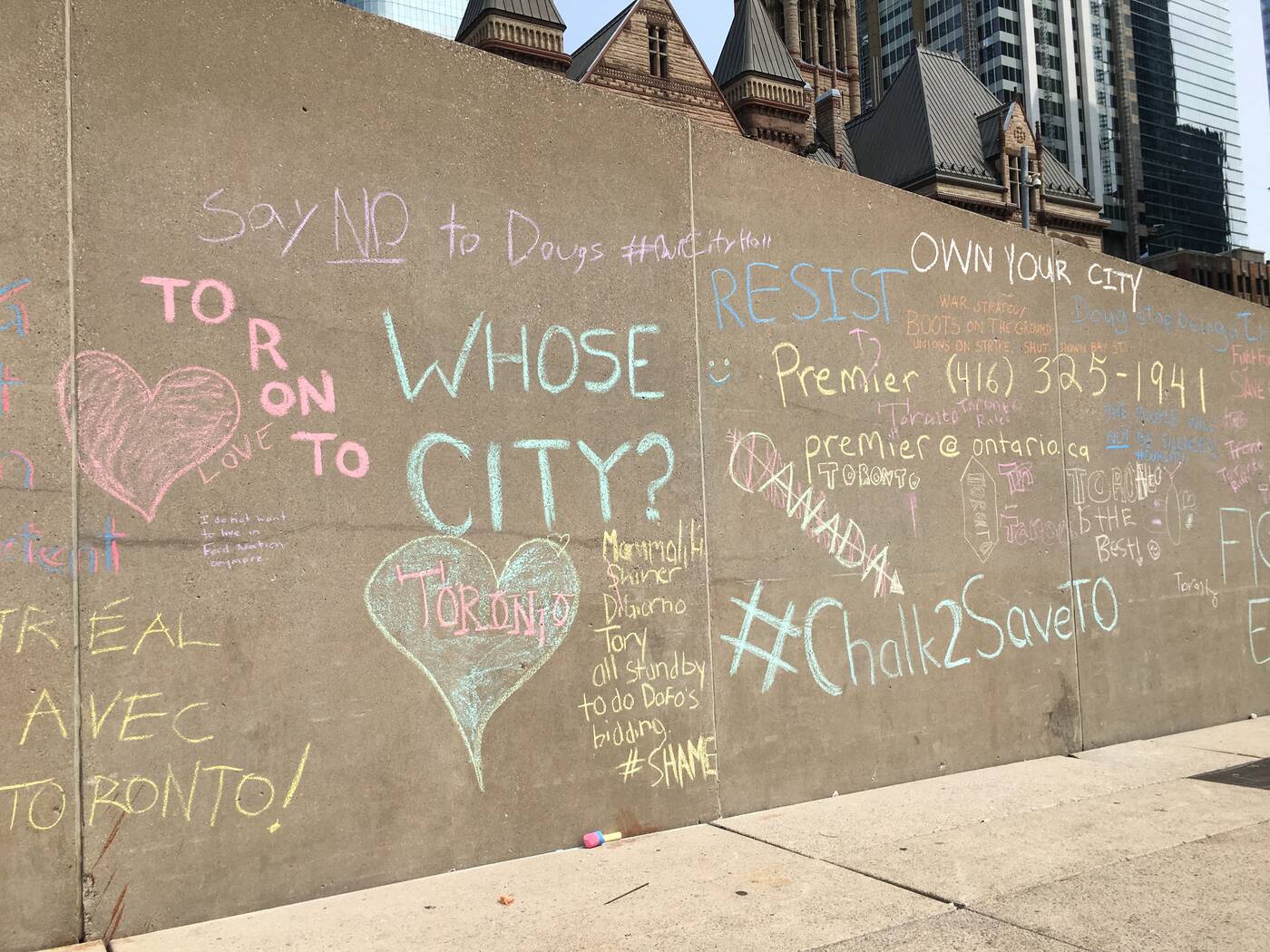 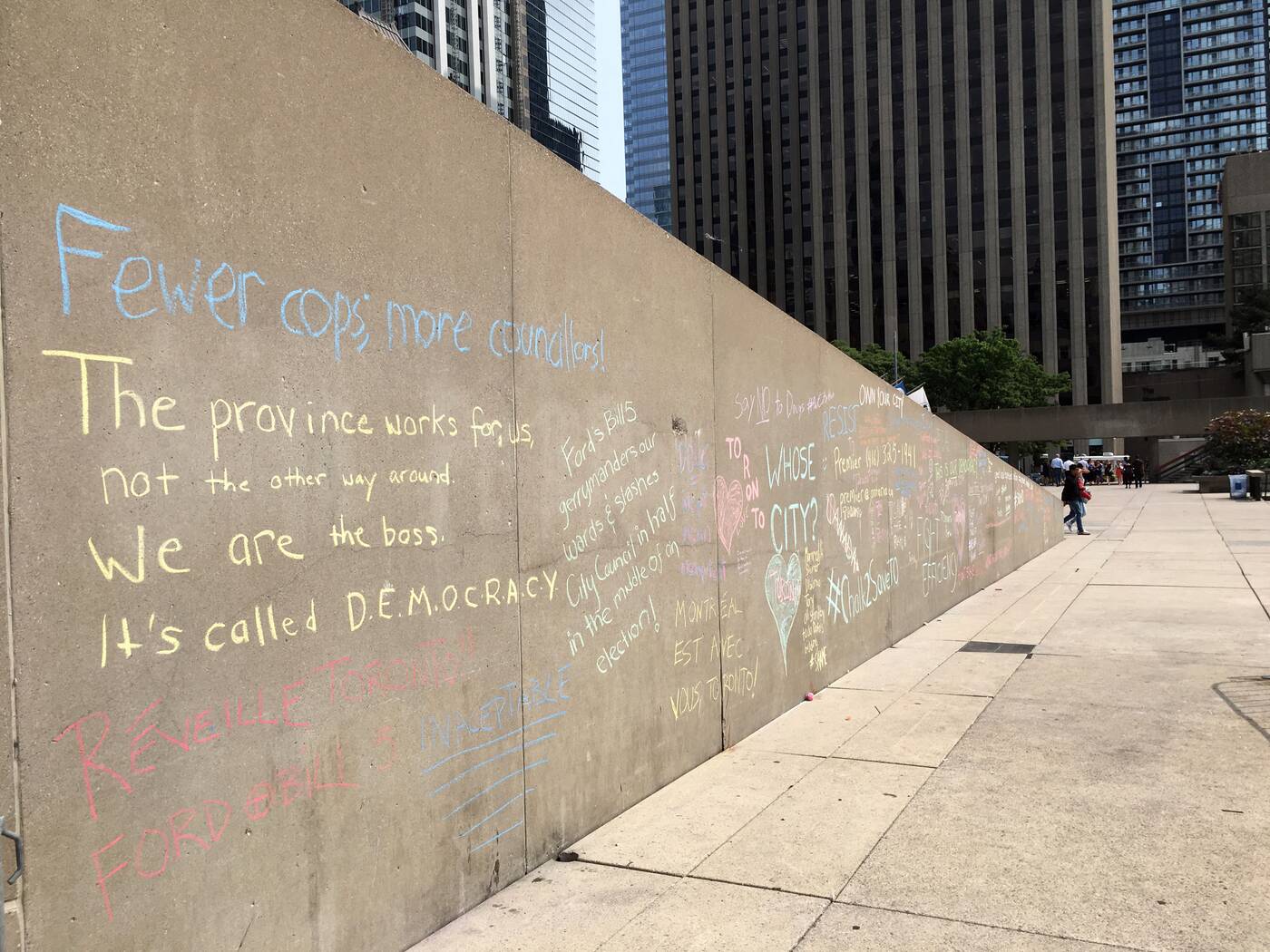 "This is our freedom!" 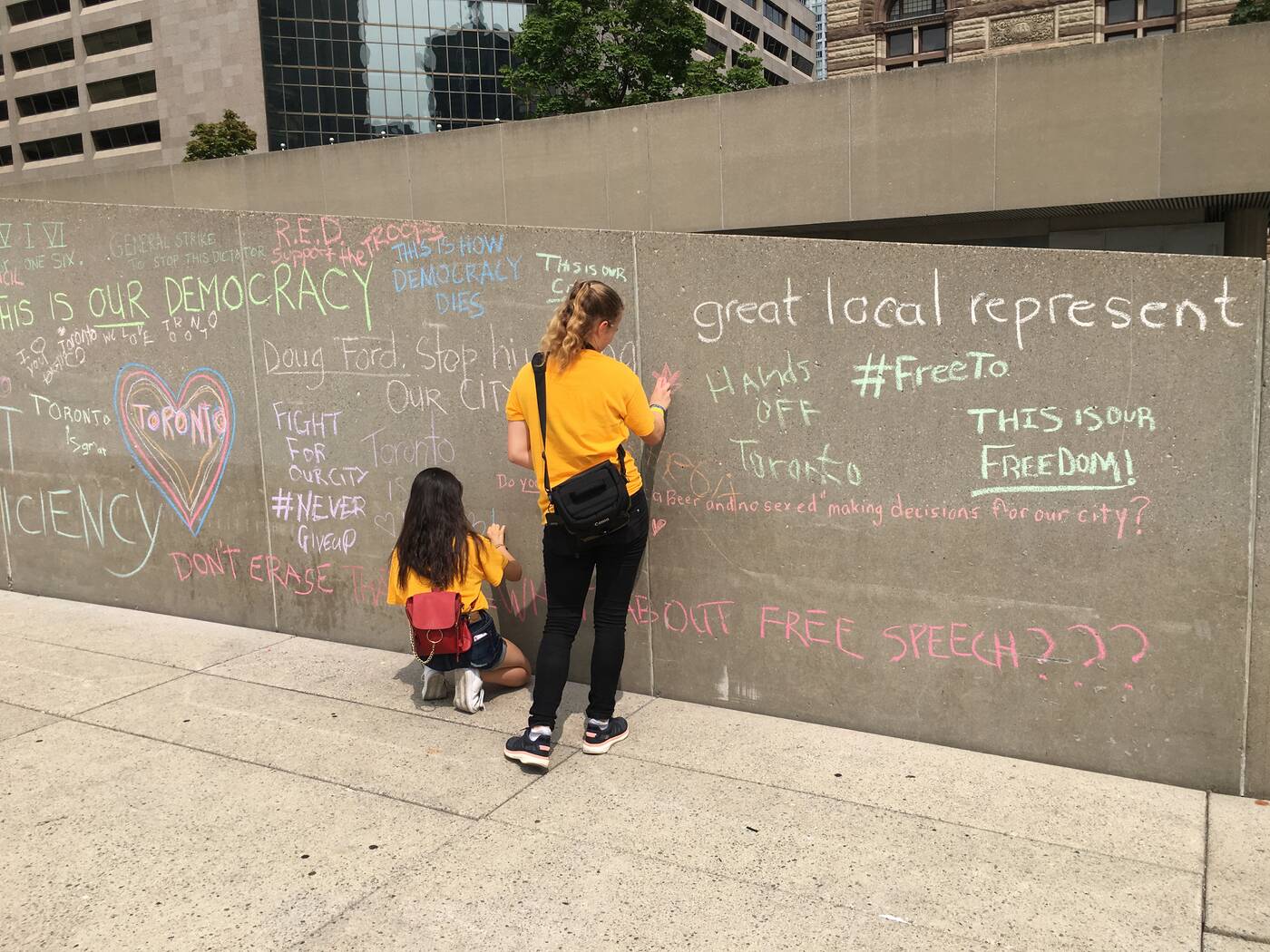 Progress Toronto, a not-for-profit activist group, reported on Twitter shortly after noon on Monday that "staff at city hall have said they're going to powerwash it off soon."

This has yet to happen, but Toronto is expecting one heck of a rainstorm on Tuesday, so check out the growing sprawl of political graffiti ASAP if you want to see it in person.