A guide to the Toronto Pride Parade for 2018

The Toronto Pride Parade returns on June 24 2018 and will take over Yonge St. for most of the afternoon.  Here's a roundup of key information you need to know this year.

The parade starts at 2 p.m. at Church and Bloor before turning on Yonge and travelling south and ending at Dundas.

While glitter, bright colours and costumes remain a staple of the festivities, expect a more subdued parade as many wear black to mourn members of the community who fell victim to a serial killer.

The parade typically last about three hours, so bring plenty of water, wear sunscreen and arrive early to get a good spot. 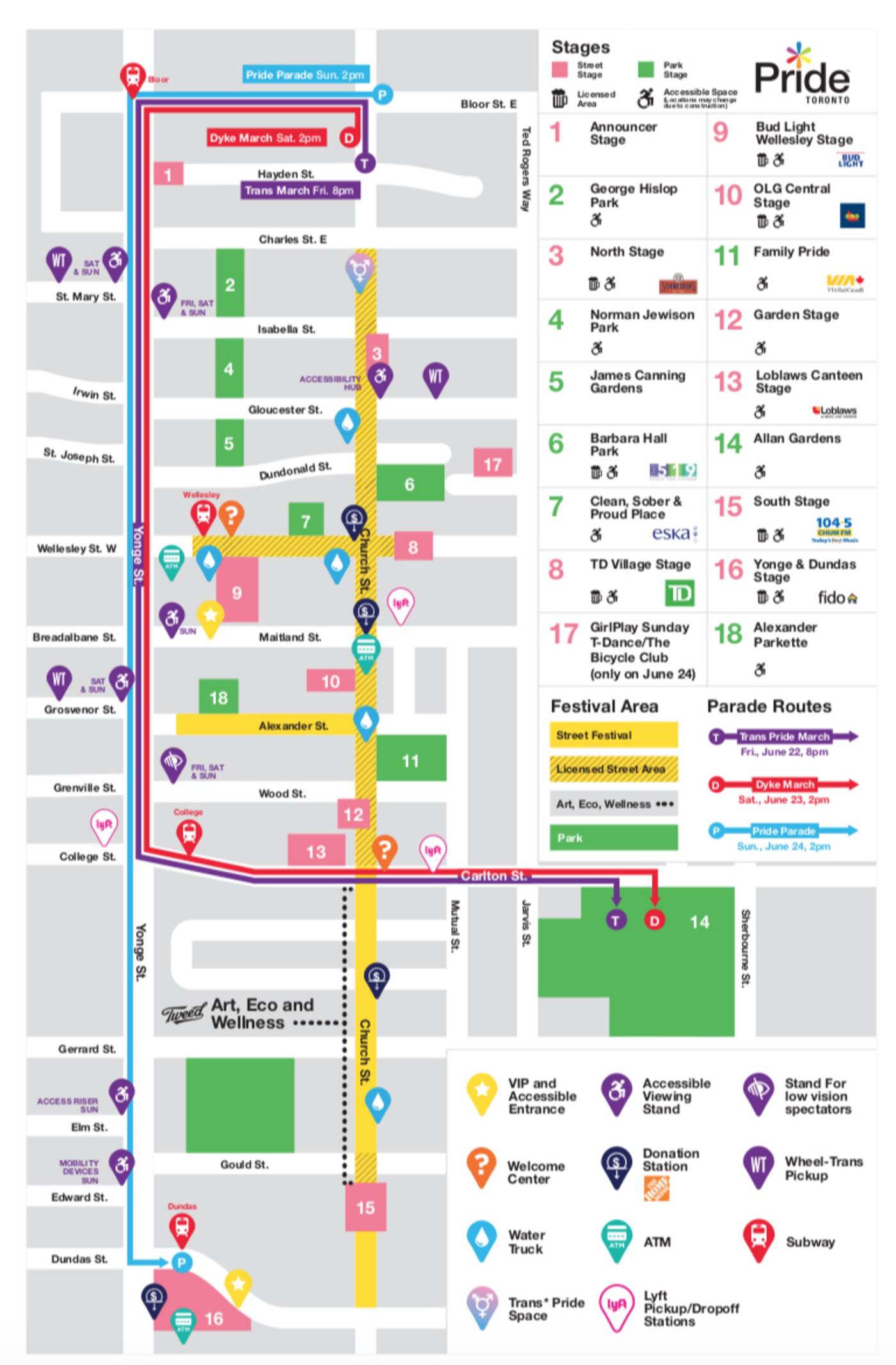 While the Pride Parade might be the highlight of the weekend, it's not the only parade taking place. The Dyke March is Saturday at 2 p.m. and the Trans March goes down Friday at 8 p.m.