The Ontario election 2018 results are in. After a long and all-too-dramatic campaign season, the votes have been counted and Doug Ford has emerged victorious.

Ford will be Ontario's next premier as the Progressive Conservative party cruised to a majority government. Returns show the PC party winning 76 ridings, the NDP 40, the Liberal party seven, and the Green party one.

Groans mixed with silence at Horwath HQ as they see the screen projecting a Ford majority #OnPoli #OntarioElection #680Votes pic.twitter.com/A5KNwPOVRN

Thank you, Ontario! The party with the taxpayers' money is over. Together, we will get this province back on track. #pcpo #onpoli #onelxn pic.twitter.com/LeB5asxlkt

In a speech after the results came in, Wynne announced she would be stepping aside as party leader.

#BREAKING: Wynne: “I am resigning as the leader of the Ontario Liberal party” in tears from the stage #onpoli #CityVote @CityNews pic.twitter.com/0nlo7DO0NC

In his victory speech, Ford declared Ontario "open for business" and promised "an era of economic growth and prosperity the likes of which this province has never seen before."

Doug Ford - "I know that my brother Rob is looking down from heaven….he is celebrating with us tonight. We owe so much to Rob’s legacy….a legacy that will continue." #ElectionsOntario pic.twitter.com/Bq0kaw5Wnf

The Progressive Conservative party leader, brother to late former Toronto mayor Rob Ford, only recently took the reigns of his party in the wake of a scandal involving former PC chief Patrick Brown.

Brown, who had been leading the party since 2005, stepped down in January amidst allegations of sexual conduct. He was subsequently expelled from the party by interim leader Vic Fedeli after trying (and failing) to get his old job back, twice.

Ford was named PC leader on March 10 after a short and chaotic race that started with an announcement from his mother's basement. 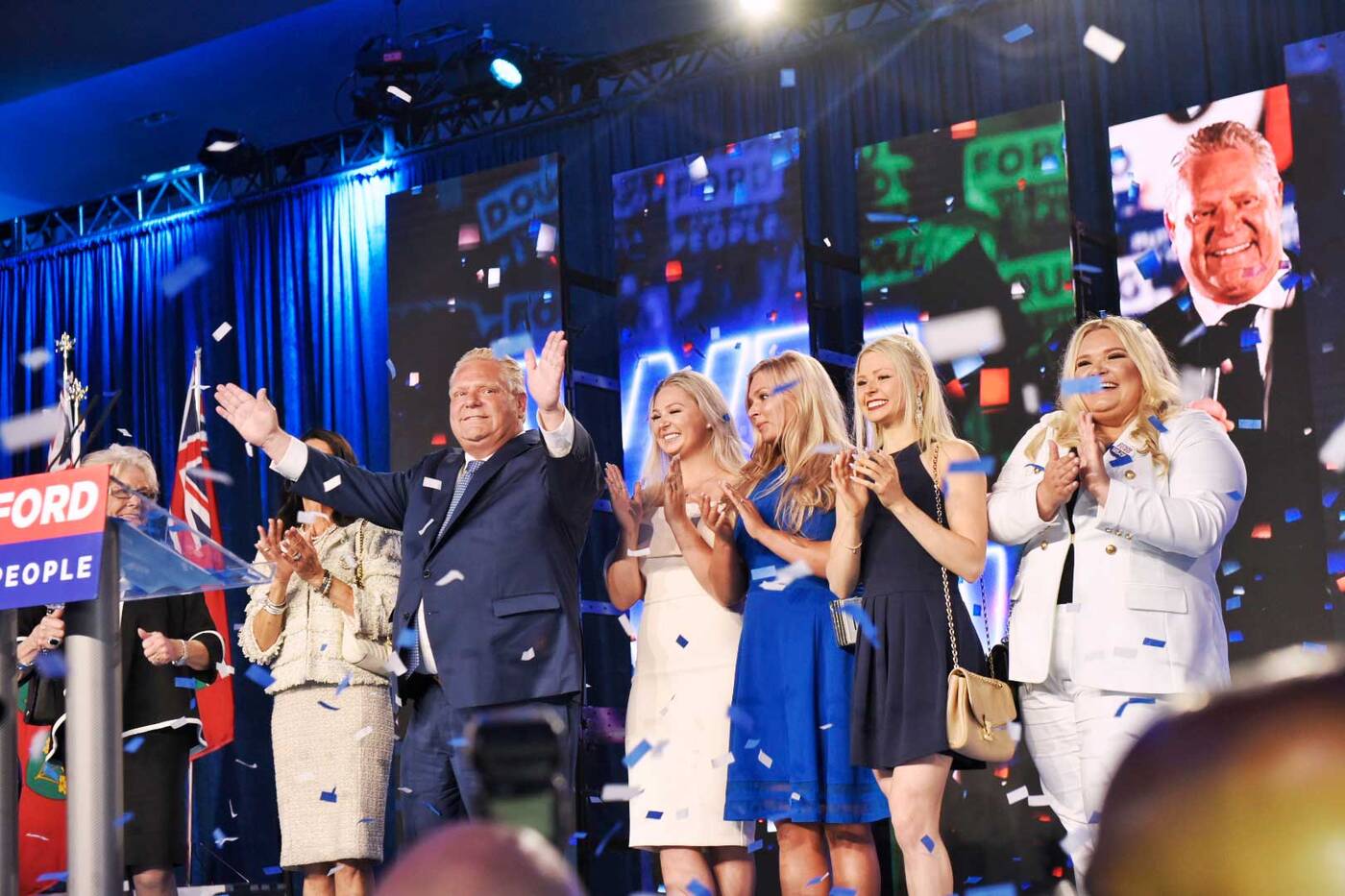 Doug Ford with family at the Toronto Congress Centre after being elected the next premier of Ontario. Photo by Hector Vasquez.

Since then, the 53-year-old Etobicoke native has established an impressive base of supporters, many of whom passionately defend our new Premier's populist political stylings.

He also hired his own reporter to cover the campaign trail, routinely denied to speak with real journalists, had actors posing as supporters at a debate and got sued by his deceased brother's widow for $16.5 million last week.

Strategic voting campaigns in which electors were encouraged to cast their ballots for NDP candidates were shared widely online during this year's election.

The goal was to ensure that Ford didn't become Ontario's premier. It didn't work.