Someone made a strategic voting calculator for the Ontario election

Happy election day, Ontario! Still uncertain as to which party should get your vote? You don't have much time left to decide.

Fortunately, Toronto-based software engineer Kieran Huggins has made a very simple tool to help you cast your ballot — but only if you've got your mind made up about who you don't want to win, and only if that happens to be Doug Ford.

Huggins has produced a strategic voting calculator at votewell.ca to determine how best your vote can be used, in any particular riding, to defeat the race's leading party.

BRILLIANT! This tell you exactly how to strategically vote in the #OntarioElection2018 to avoid a #DougFord majority. Check it out.https://t.co/LNo8lAkiqd#OnElxn #ONpoli #NeverFord #GenZ #Millennials

Canadian poll analyst Éric Grenier currently pegs the chance of a PC majority win at 89.7 per cent, based on all publicly available data and regional distribution of seats.

Strategic voting (or "tactical voting", as it's sometimes called) refers to the practice of casting one's vote for the party most likely to overtake whoever is leading the race — even if it does not reflect the voter's actual preference. 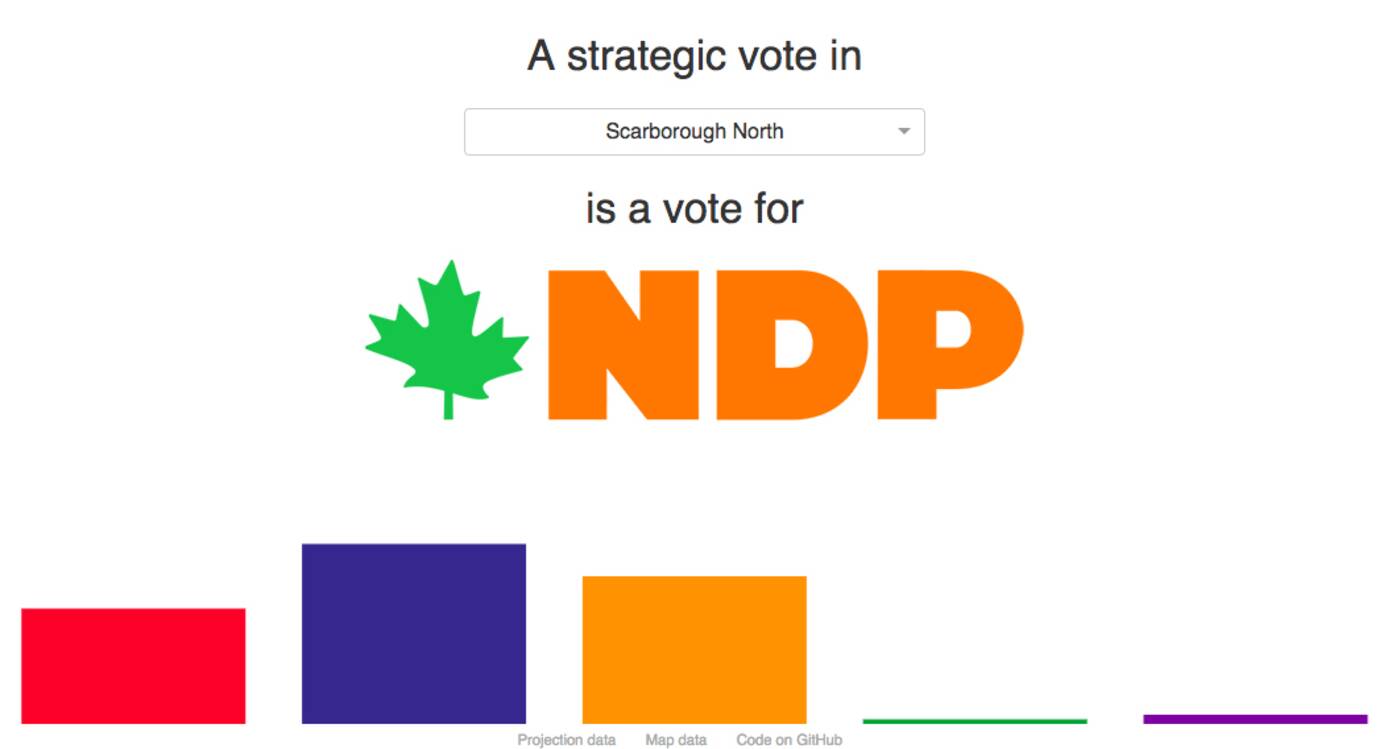 Kieran Huggins of Toronto created this nifty strategic voting tool that allows Ontarians to figure out which way they should cast their ballot to avoid a PC majority win. Image via votewell.ca

It's basically using your vote to stop someone you don't like from getting elected, as opposed to voting for the candidate you most favour.

If your riding is York Centre, a strategic vote would be for the Liberal Party, according to the strategic voting calculator. Someone with the same goal in Pickering, however, would vote NDP.

You can find out how people in your particular region would vote strategically against Doug Ford, if they so choose to do so, right here.