With just over two months to go until Ontario votes for its next Premier, attack ads continue to surface for at least one candidate – but not in the traditional sense.

On Saturday, a different set of anti-Ford messages had been plastered around Koreatown – these ones a bit more explicit in their intent.

"Doug Ford thinks it's ok to harass women outside abortion clinics," reads one. "He also wants to be your next Premier."

Yet another poster highlights an actual quote given by Ford in 2014 to a local newspaper regarding a group home for the developmentally disabled.

"My heart goes out to kids with autism, but no one told me they'd be leaving the house." 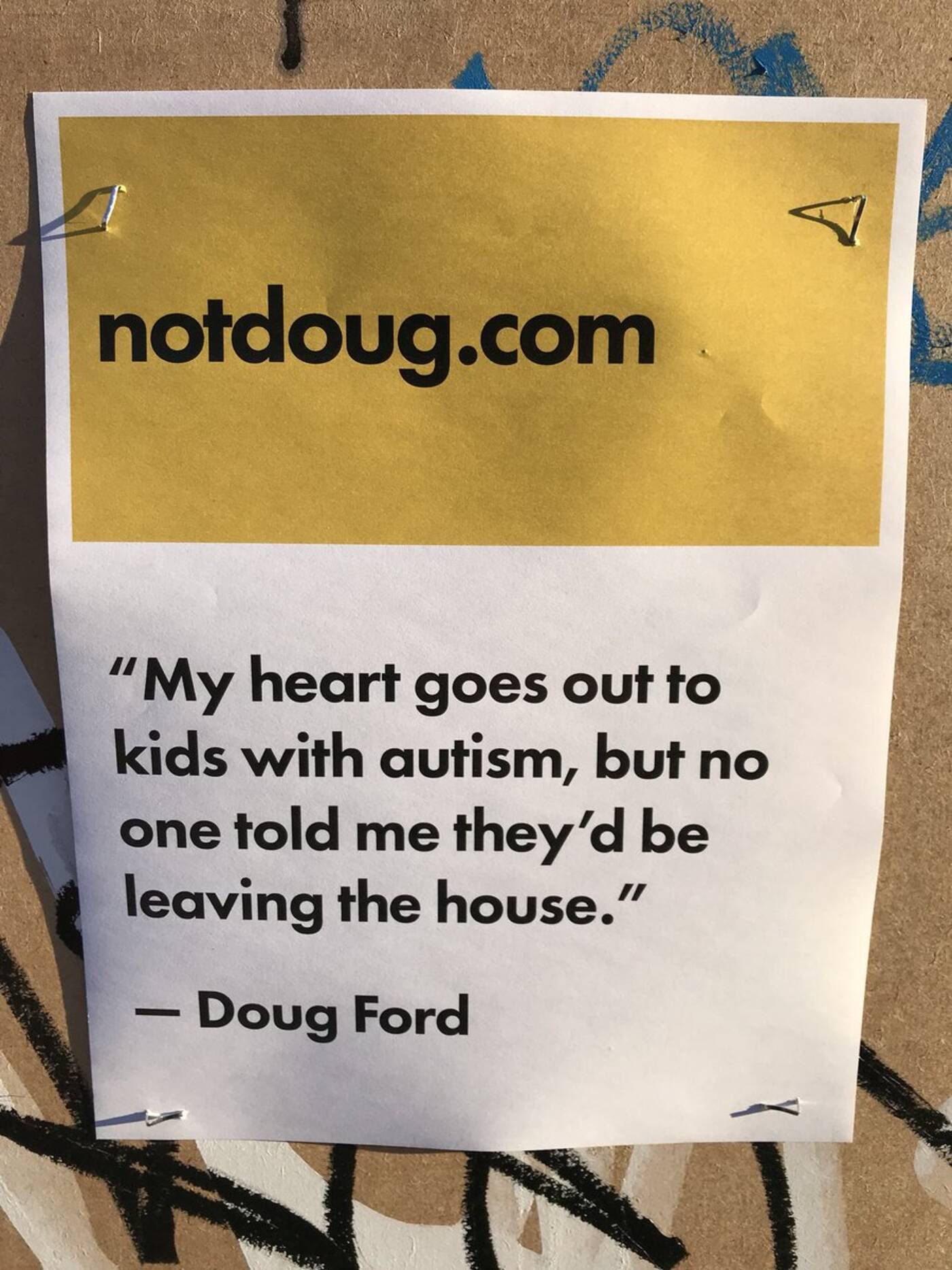 All of these posters feature a prominent link to the website notdoug.com, where citizens are encouraged to print off and display their own posters.

"This campaign is yours as much as it is ours," reads the website.
Join us in advocating for smart, progressive leadership."

The site's "who we are" section states that they are volunteers who live in Ontario, are not aligned with any political party, that they are 100 per cent self-funded, that they will not accept funds from any corporation, business, political group, or lobby group and that anyone can join them.

More is to come from the group, according to its website, including free stickers and a strategic voting campaign.