Ontario PC leader Doug Ford says that he had no idea that some of the people cheering for him at last night's election debate were paid to be there.

And yet, roughly 20 of them were. The Toronto Star reports that local casting agency CastmeBG sent out an e-blast on Monday morning looking for "20 people to play real people at a Ford nation rally (Doug Ford)."

"You will be wear T-shirts of the PC candidates," the casting call instructed, mentioning both Ford and Toronto Centre PC candidate Meredith Cartwright. "Please confirm your availability with the header 'FORD NATION'." 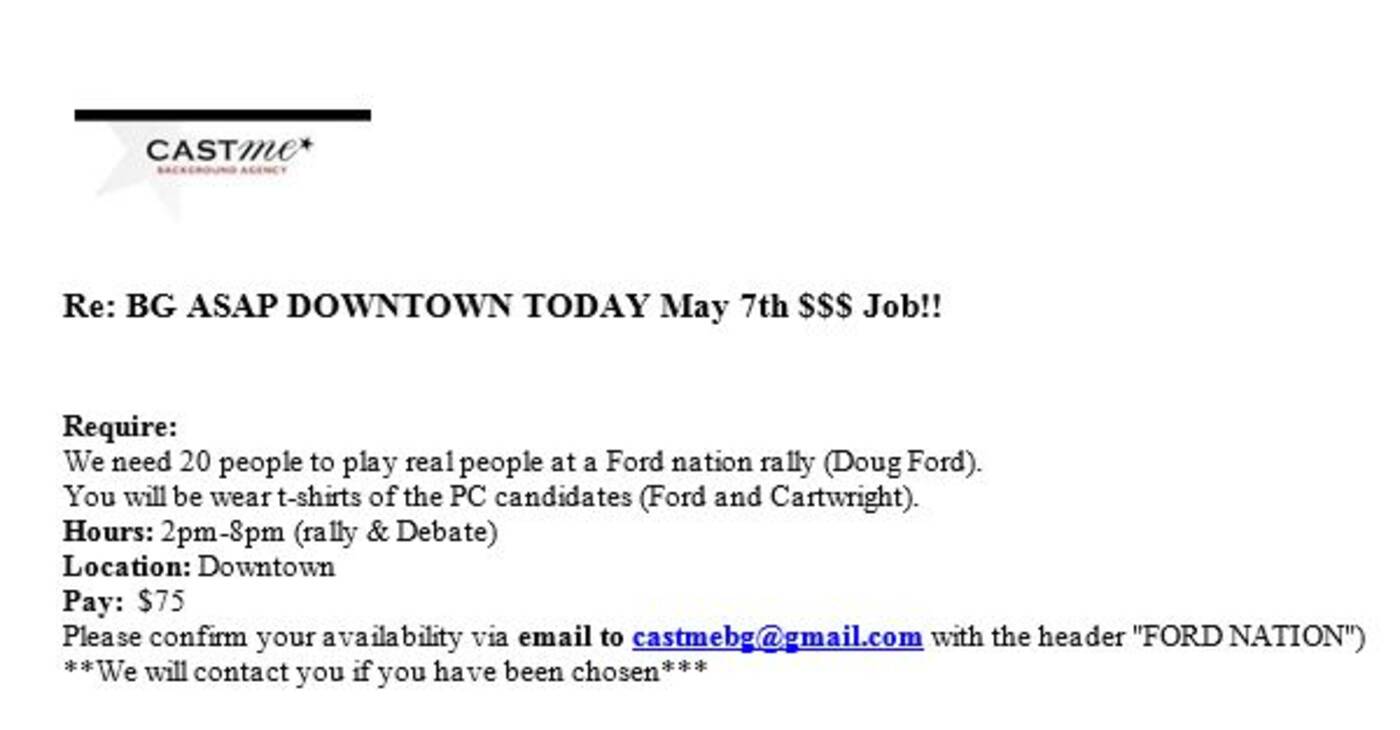 ScreThis email was reportedly sent out to local background actors on Monday ahead of the first Ontario leaders' debate near in Yonge-Dundas Square. Screenshot via CityNews.

As it turns out, Cartwright's campaign hired the actors — or so says the Ford campaign — and the Progressive Conservative leader is none too pleased about it.

"This was done by a local candidate and it won't be continuing," said Ford spokeswoman Melissa Lantsman in an email to The Star on Tuesday.

Ford himself said during a press conference Tuesday morning that he hadn't even heard about the actors until a reporter brought it up.

"You know something, that's the first I've heard of that," Ford told reporters this morning. "We don't need to pay anyone. When we have events, we're packed. We have standing room only."

True say. For all of their detractors, Ford Nation does have a rather large and vocal fan base.

"We don't need that," reiterated the PC candidate. "I can assure you I'll be calling Meredith to ask what's going on."