The City of Toronto just broke a 24-year-old daytime high temperature record for February 20th and, if the forecast is right, that same record will be straight up eviscerated again tonight.

Environment Canada data shows that temperatures reached 12.9 C on Tuesday as of 1 p.m. at Pearson International Airport. Previous to this, a record of 12.4 C had been holding strong for this day since 1994.

The federal weather agency predicts that we'll see a high of 15 C (!) this evening, albeit with periods of rain. Don't fret though, rain haters – that precipitation will become snow again by Friday. 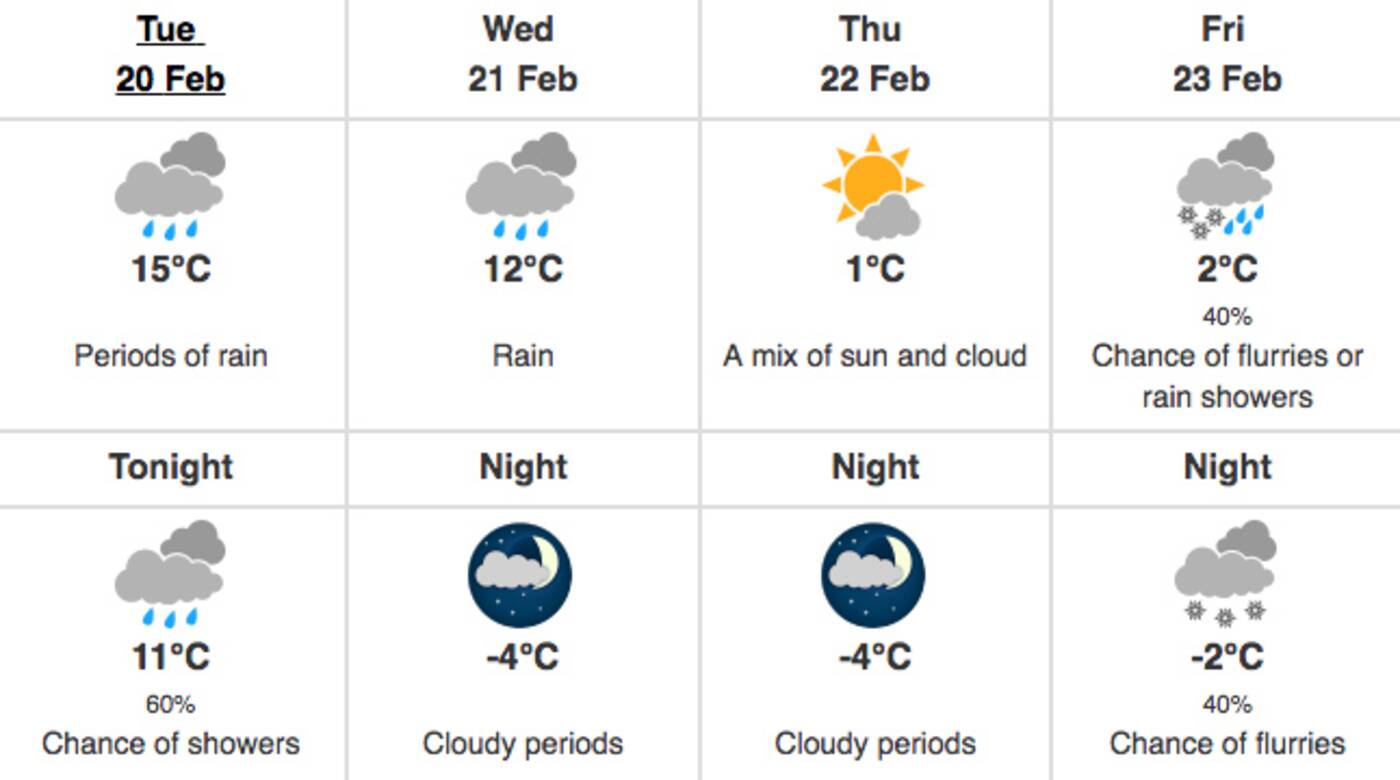 This marks the third year in a row that Toronto has seen a new daytime high temperature record set during the month of February.

This year has already been pretty wild in terms of record-breaking weather, both warm and cold, but this most-recent spate of spring temperatures came as a surprise to meteorologists.

That said, the cold is expected to return next month - so don't put away your parkas just yet. Winter is coming (back).