For weeks now, meteorologists have been predicting a super cold end to the month of February.

Those predictions have been disrupted. Instead of frigid air, we're getting an early taste of spring.

Strong arctic air masses are still headed for our region, but a couple of tropical cyclones halfway around the world have altered global weather patterns.

"Ever heard of the butterfly effect? It's the concept that the delicate flapping of a butterfly's wings can initiate a hurricane," explained Weather Network meteorologist Erin Wenckstern.

"In this case, two strong tropical cyclones that formed in the Pacific Ocean this week are the butterflies." 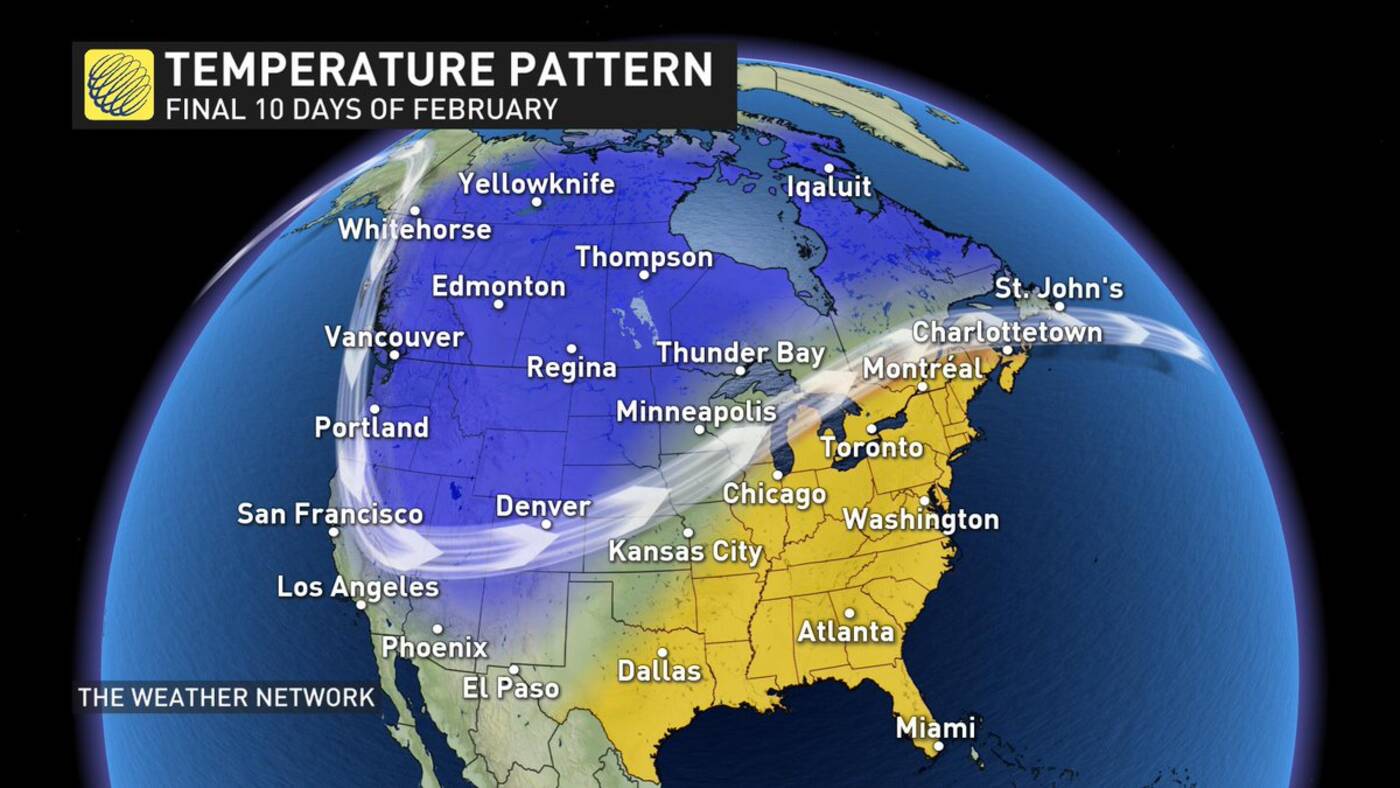 Warm and cold air masses will compete just north and west of Toronto over the next few weeks. (image via Erin Wenckstern/The Weather Network)

An unexpected subtropical ridge is now facing off against the polar vortex for dominance over North America.

Toronto happens to be on the warm side of this battle – as evidenced by the weather we'll be seeing over the next few weeks.

Temperatures are expected to hit 8 C this afternoon and, by Tuesday, we could be seeing the thermometer rise as high as 12 C. 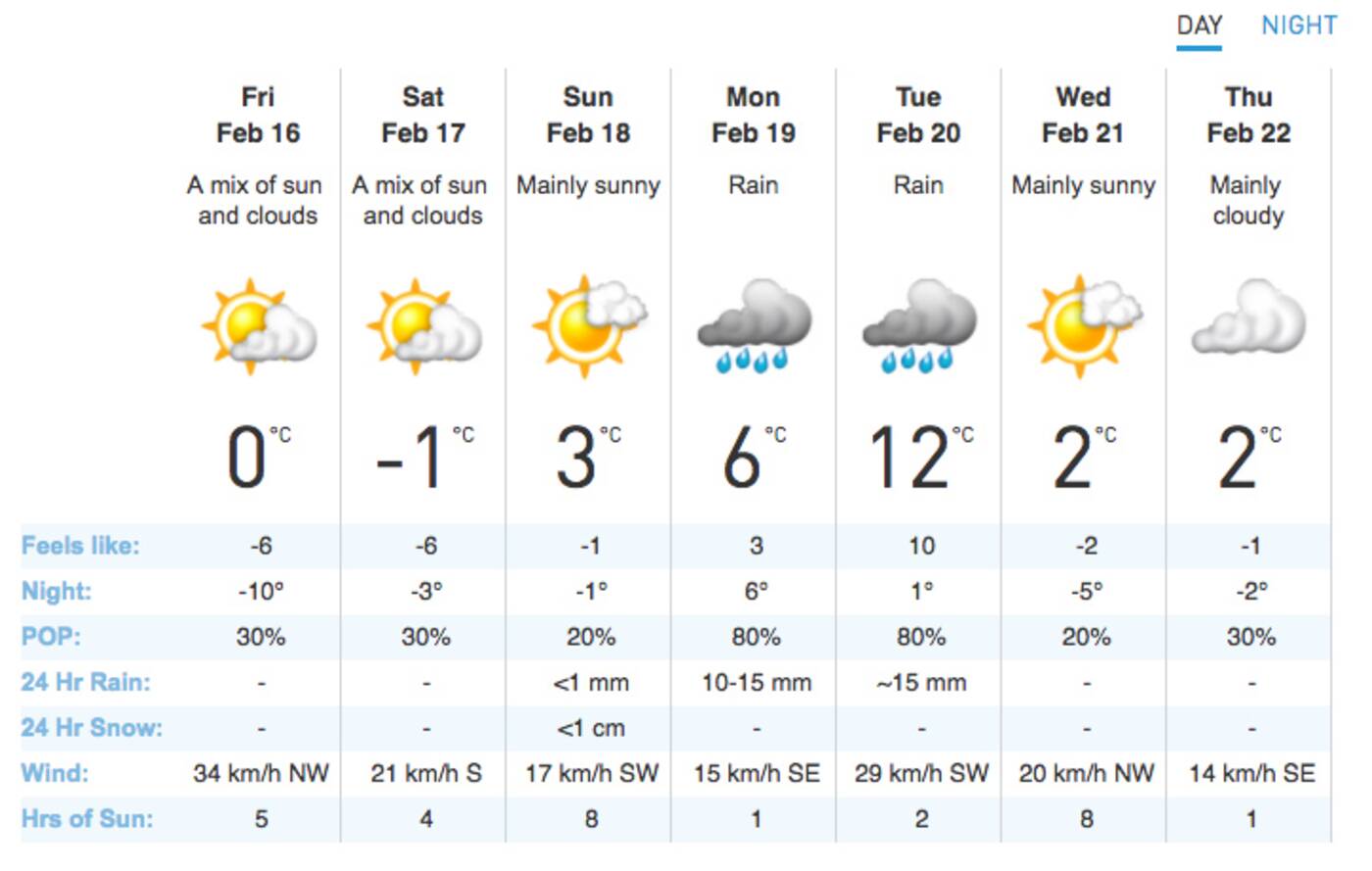 Toronto is in for a much warmer end to February than previously thought. (Screenshot via The Weather Network.)

Not a single daytime high is forecasted to be in the negatives between now and March 1, but as Wenckstern says, we're still in the heart of winter.

Southern Ontario will be in a constant storm track with two huge, diametrically opposed air masses battling each other nearby.

Even in a mild pattern, "you can still get impactful winter weather - especially since Arctic air will be close by," says Wenckstern. "Rain and freezing rain are more likely with storms moving through as we fluctuate above and below the freezing mark."

Extreme cold temperatures are still predicted to resume in March – but who knows? That butterfly effect could change things up all over again.