Toronto's first and probably last nature-themed, educational log ride has a special place in the hearts of many around this city.

Who didn't feel like a total badass when they finally grew tall enough to hop on the Wilderness Adventure ride at Ontario Place? And again when they could ride it without being scared of all those creepy animatronic miner dudes? 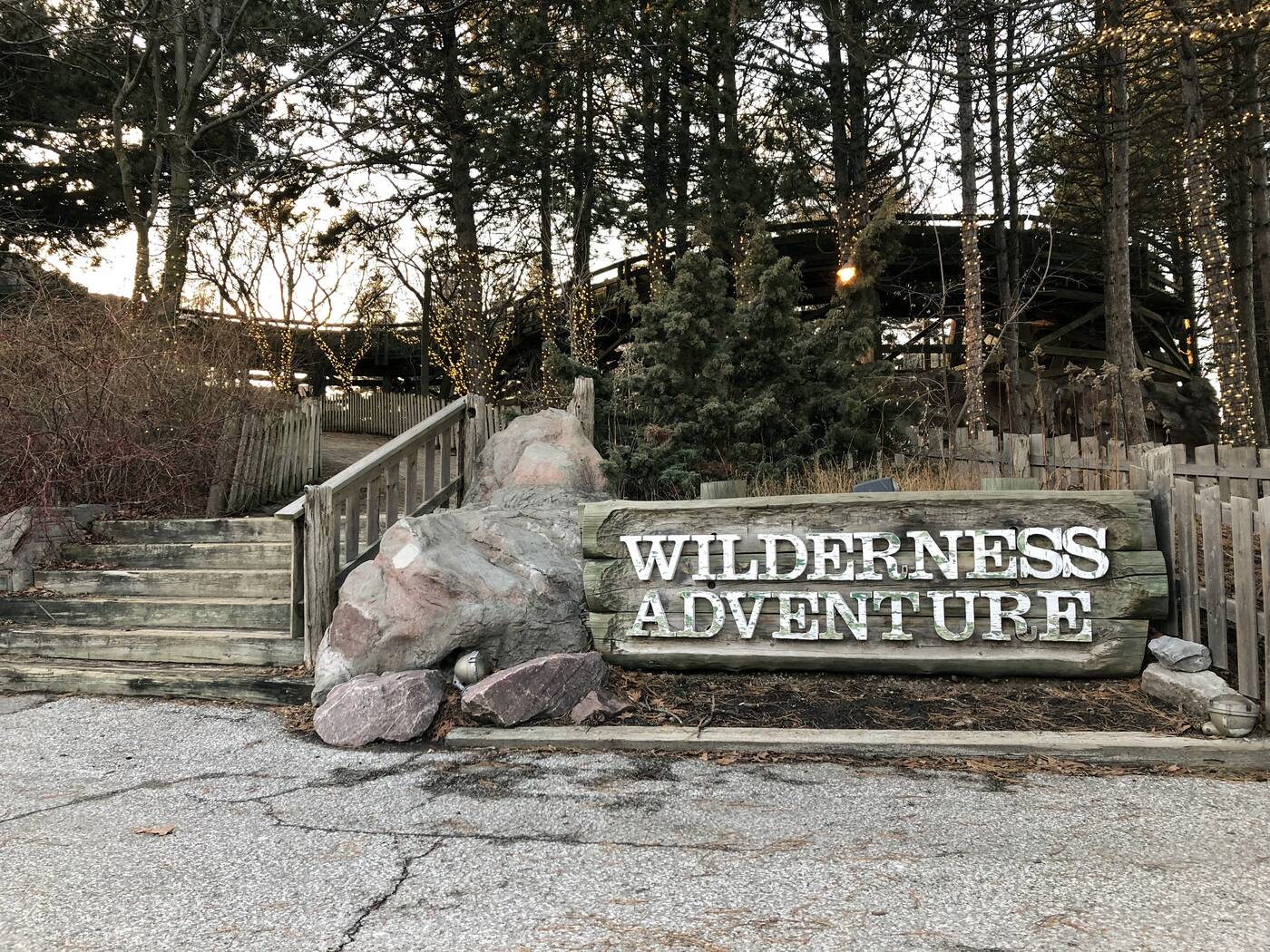 This kitschy little piece of Canadian history opened up all the way back in 1986, but was shut down at the provincial government's behest in 2012 along with the rest of Ontario Place.

Here is a very old TV commercial for your enjoyment.

Urban explorers haven't shied away from the former amusement park in recent years, but it wasn't until last spring that the public could actually visit Ontario place again legally. 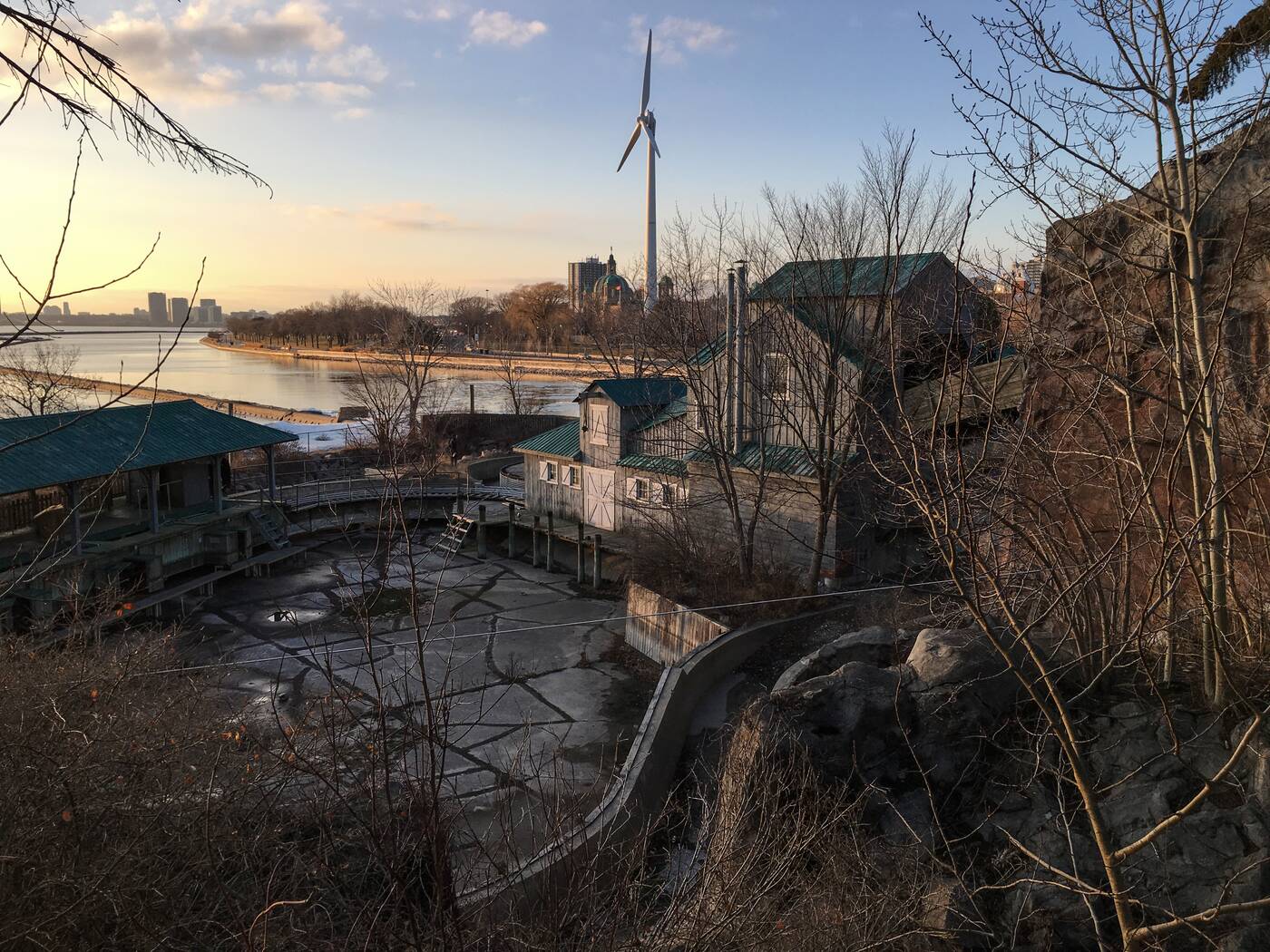 Of course, things look a bit different now than they did pre-abandonment, or even two years ago, before artists were allowed to strip the attraction for parts. 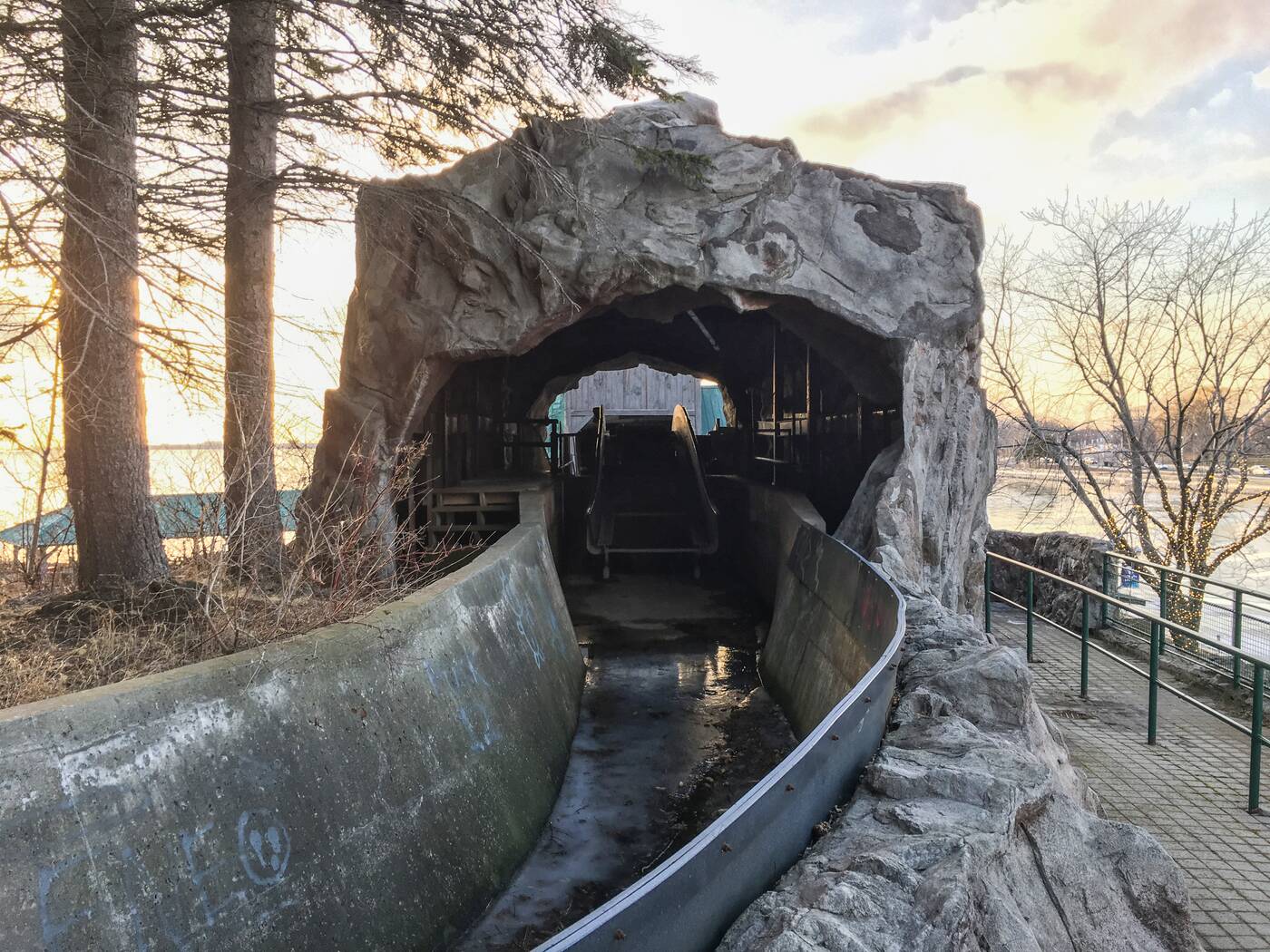 The robotic moose are gone (I know, I wanted to ride one too) but ghosts of what once lived here can still be found all over the former Wilderness Adventure ride. 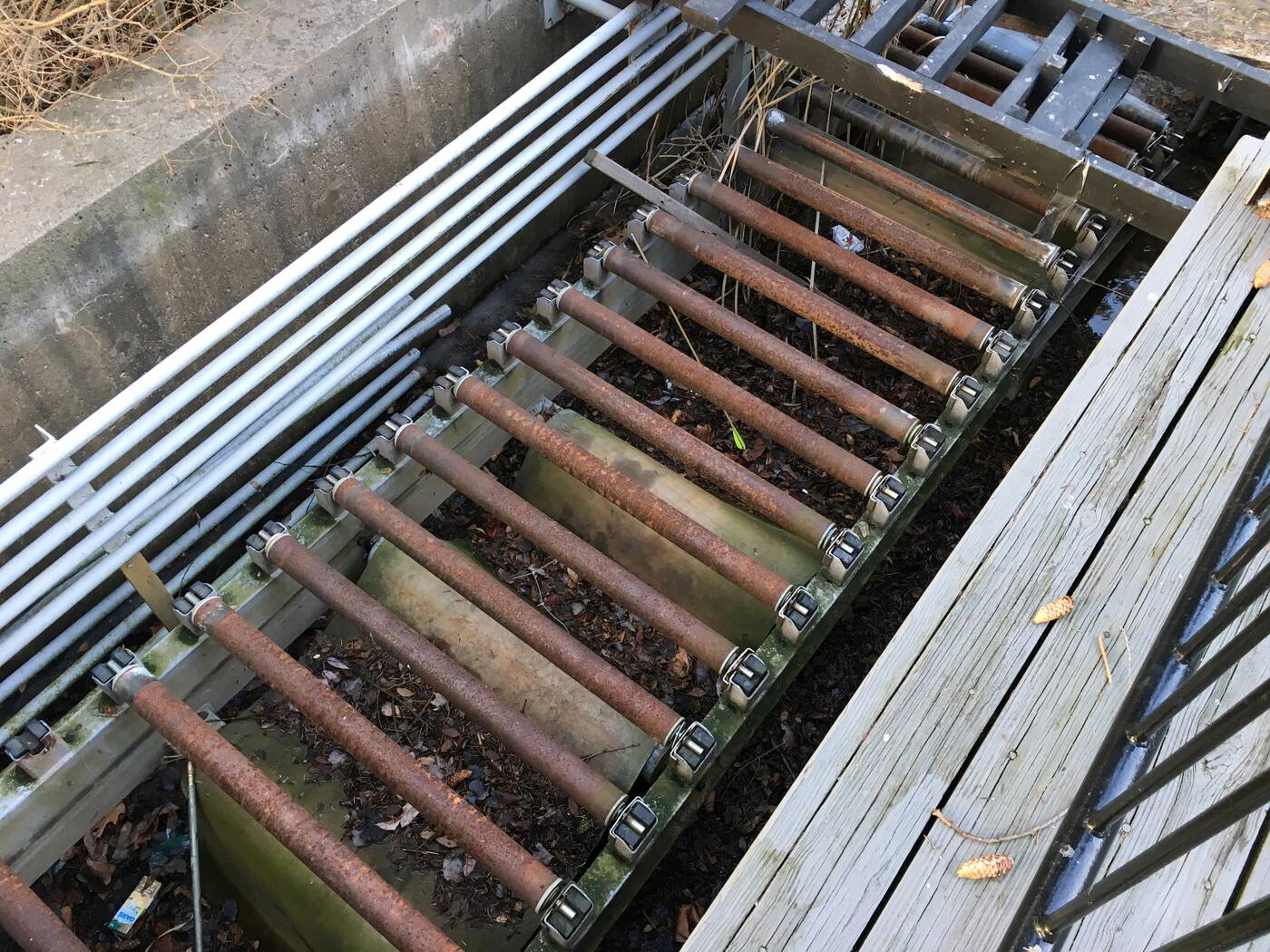 Five years facing the elements (not to mention people with spray paint) has left the log ride itself in a state of serious disrepair. 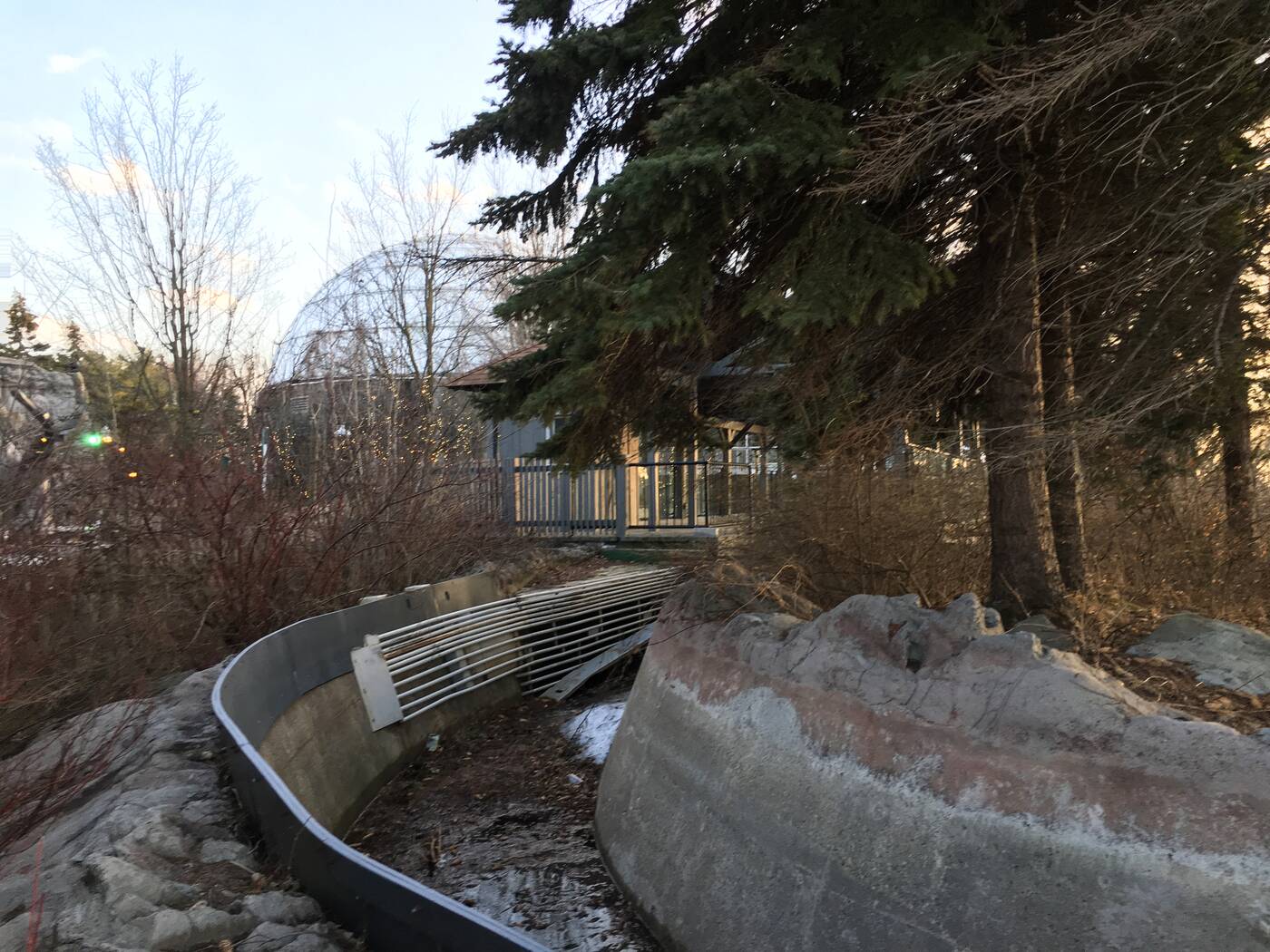 Most of what's dangerous has been removed from a path running through the ride site, now that it's adjacent to a Winter Lights exhibit. But you don't have to go far to see remnants. 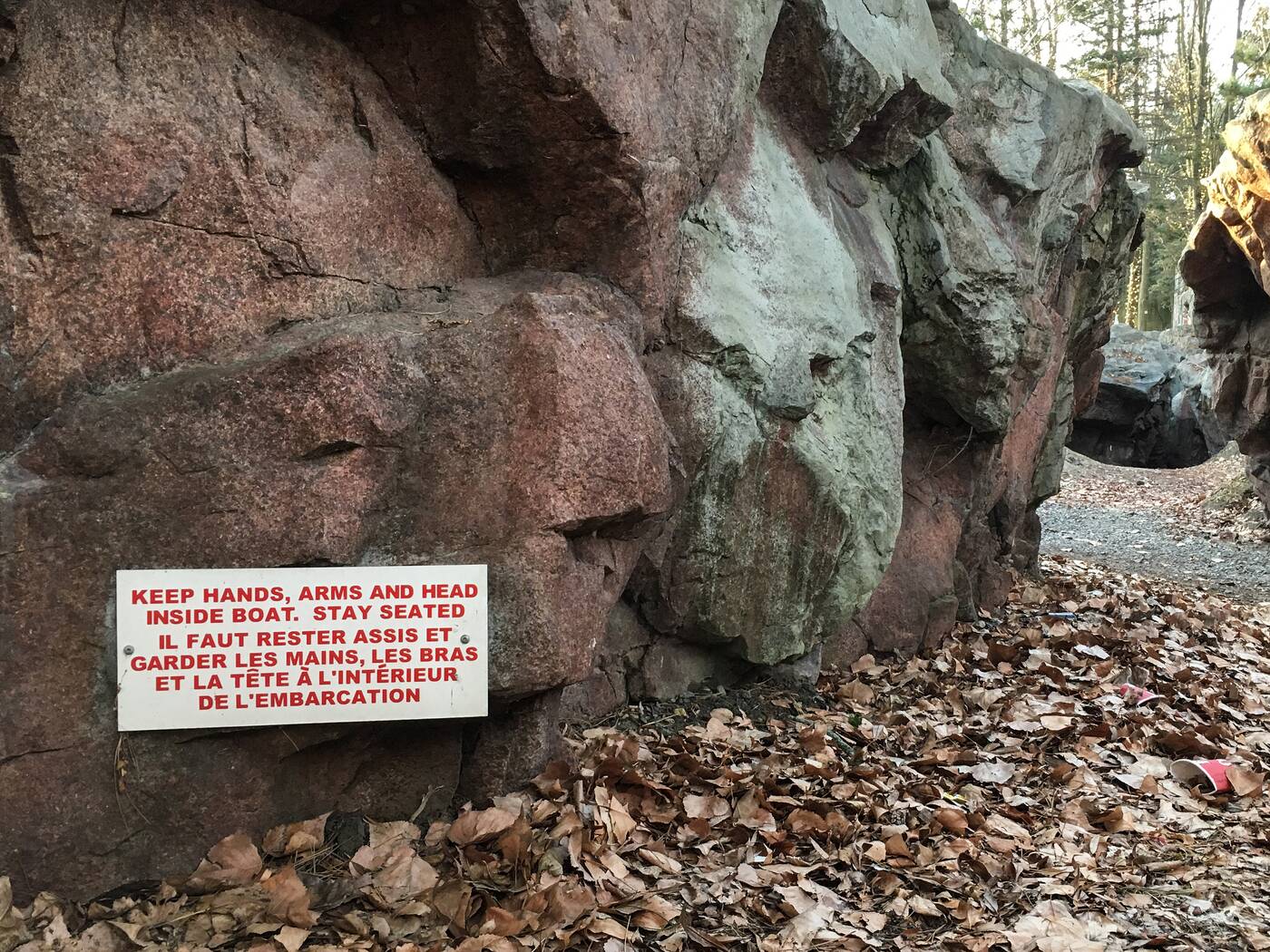 Several instructional signs still hang on "rock" surfaces that used to run alongside people in boats. 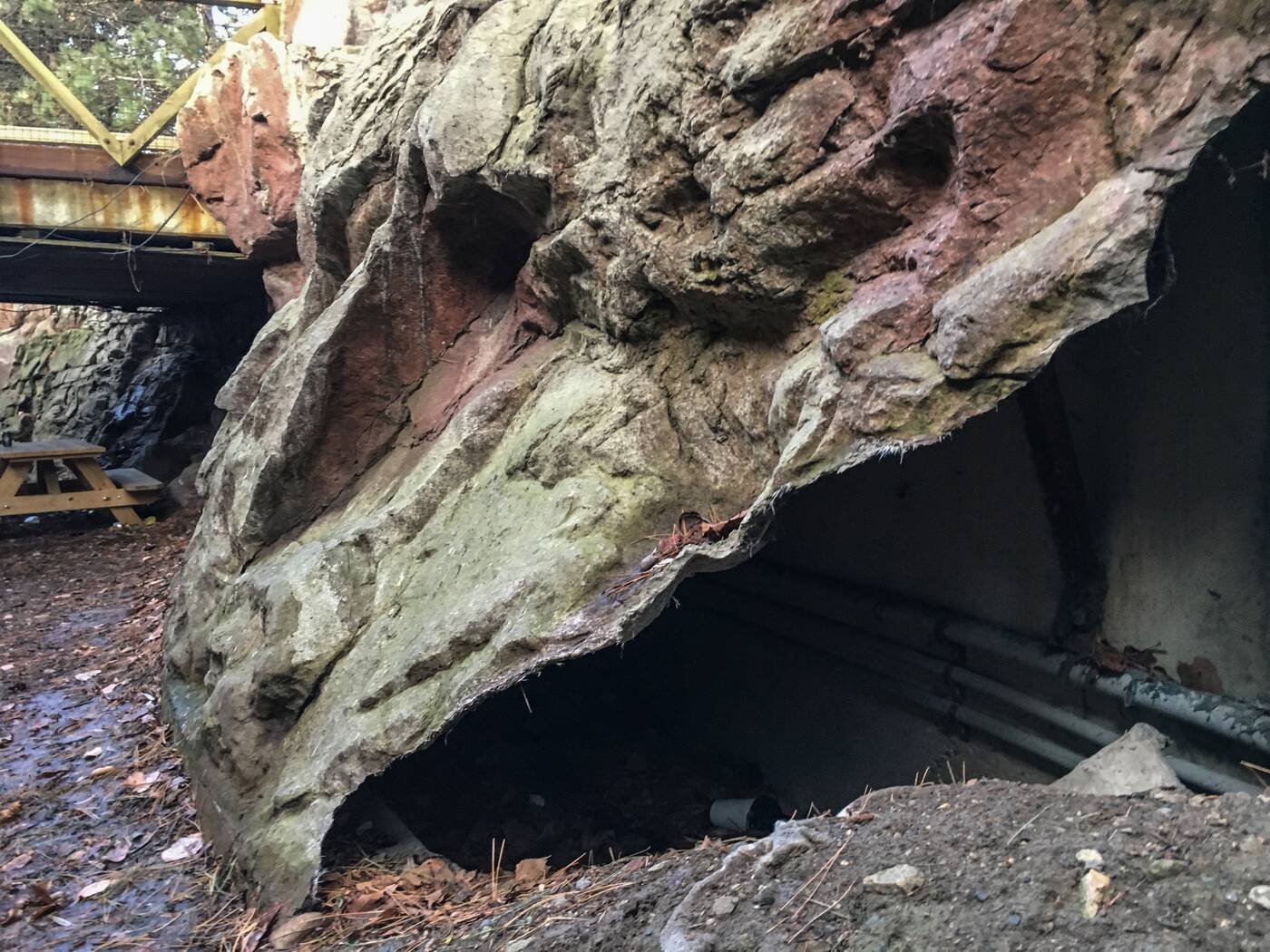 The rock walls may be fake, but they're beautiful to look at while walking through if you ignore the gaping holes. 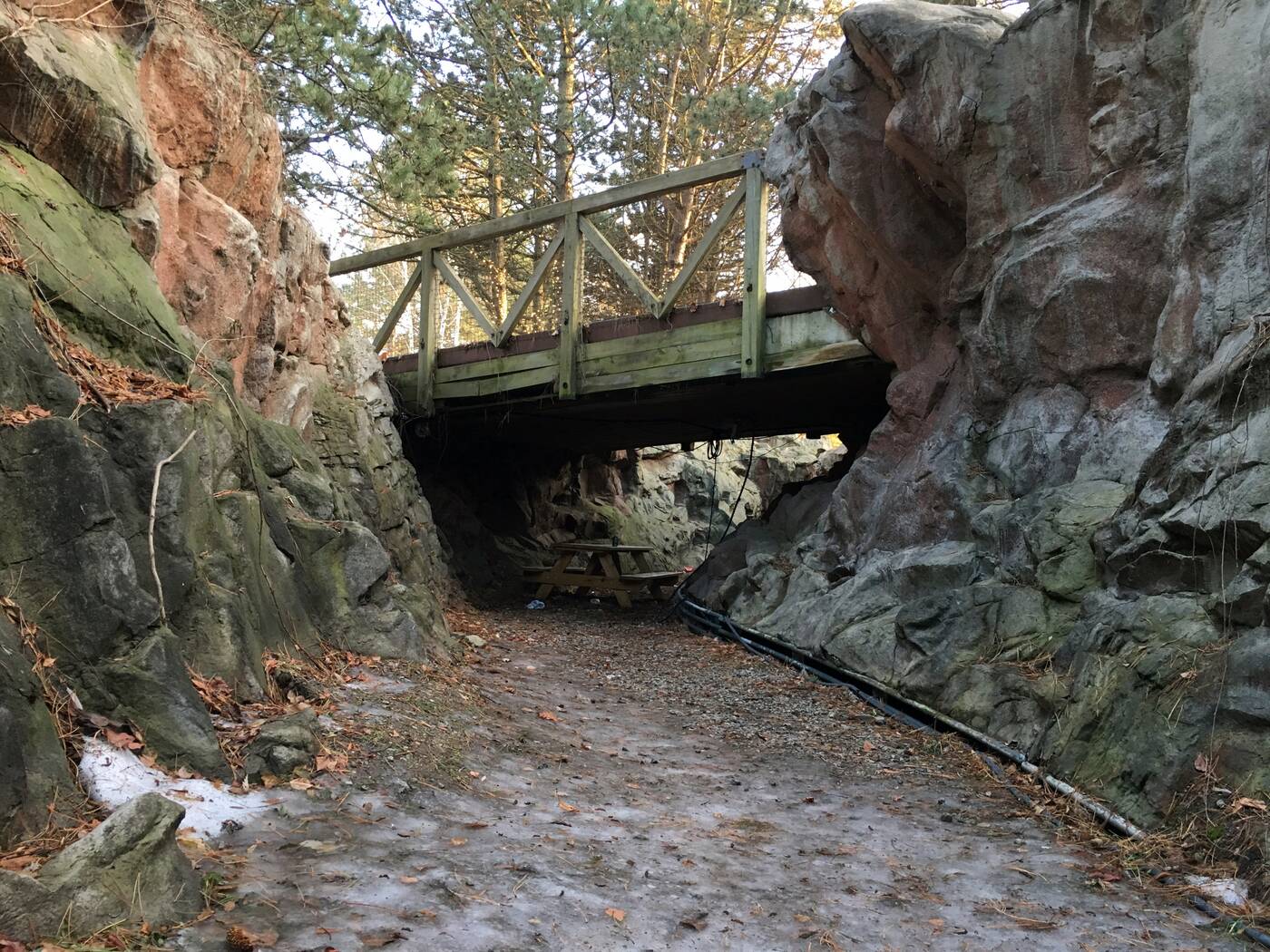 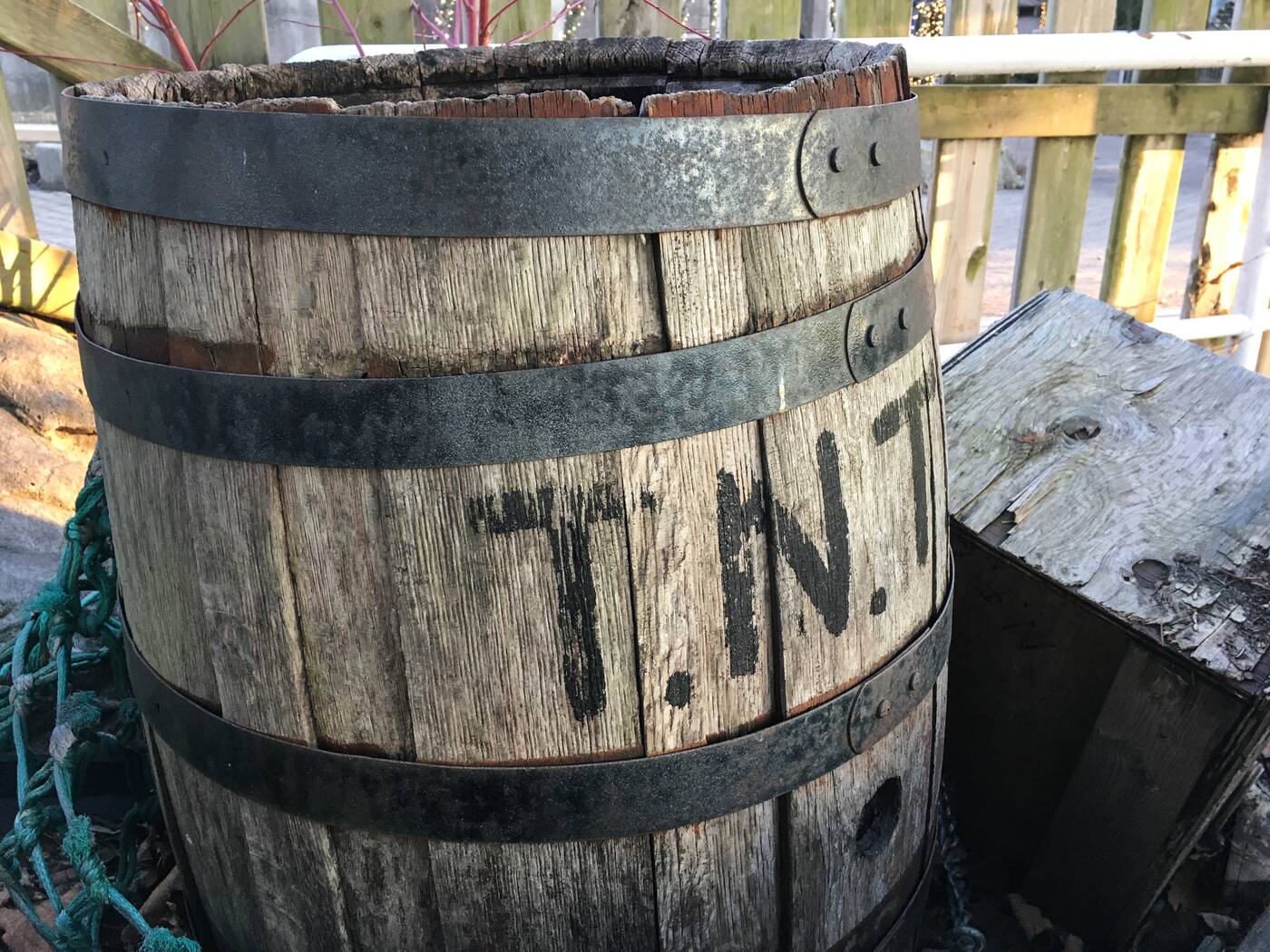 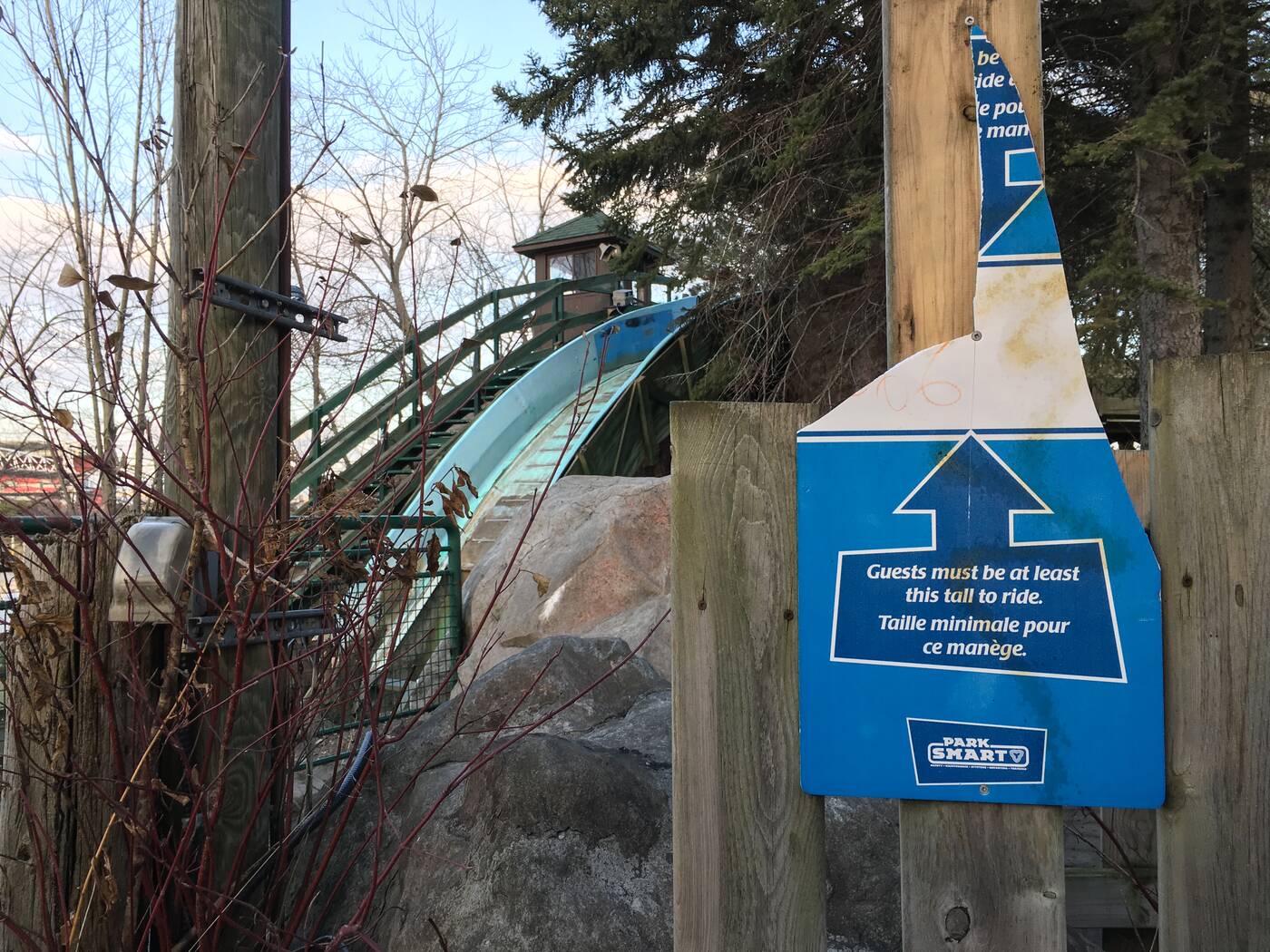 And what might be the naked, dismembered butt of an animatronic lumberjack. 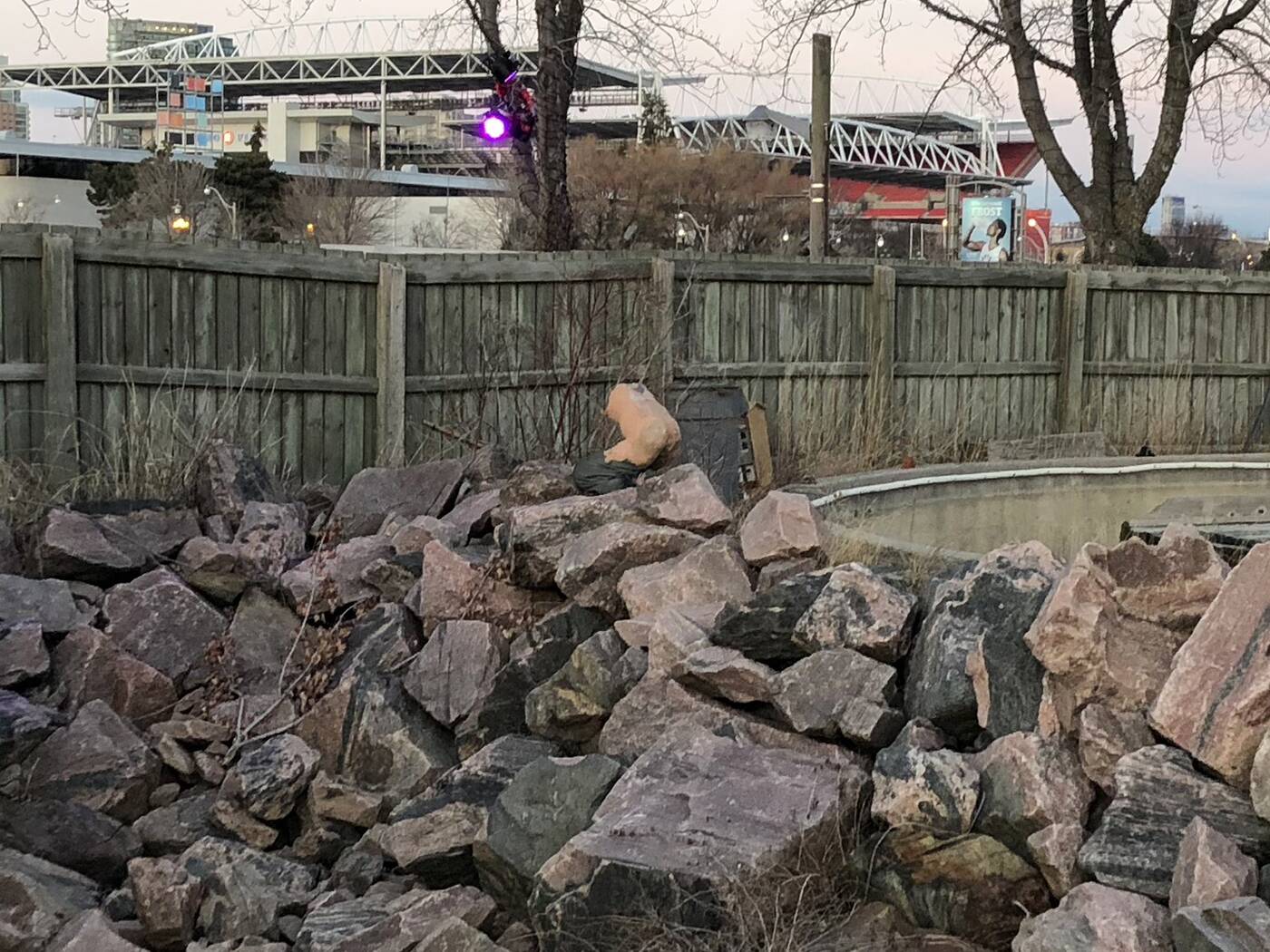 Some parts of the ride are blocked off by wood and metal barriers (which someone who I met said wasn't the case two summers ago). 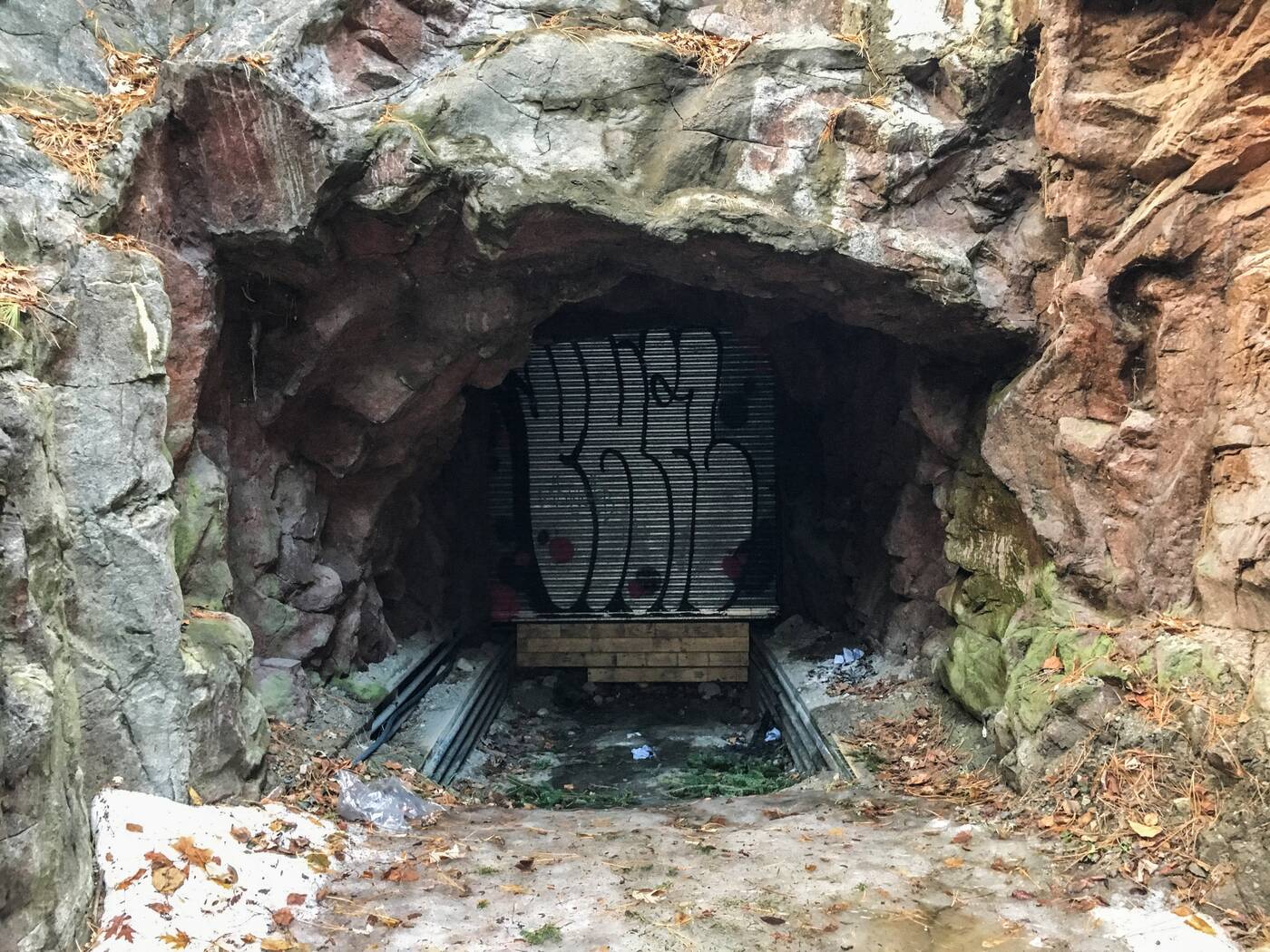 Off the main path, it's easier to explore. I saw several people going into the log ride's ascension tunnels when I was there, but don't recommend trying this out as it seems pretty dangerous. 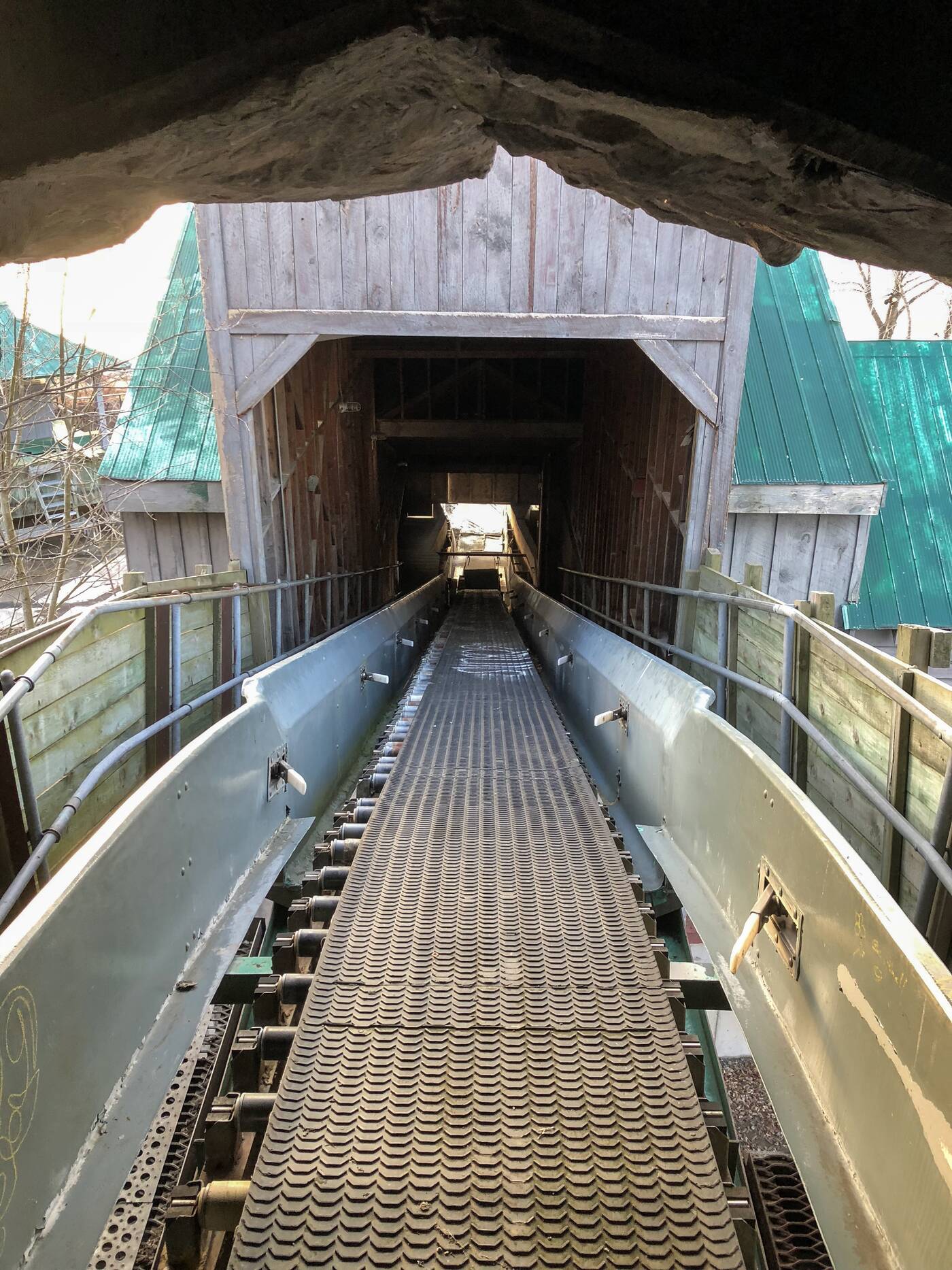 And rusty. I don't imagine it would be fun to get cut on an abandoned log ride. 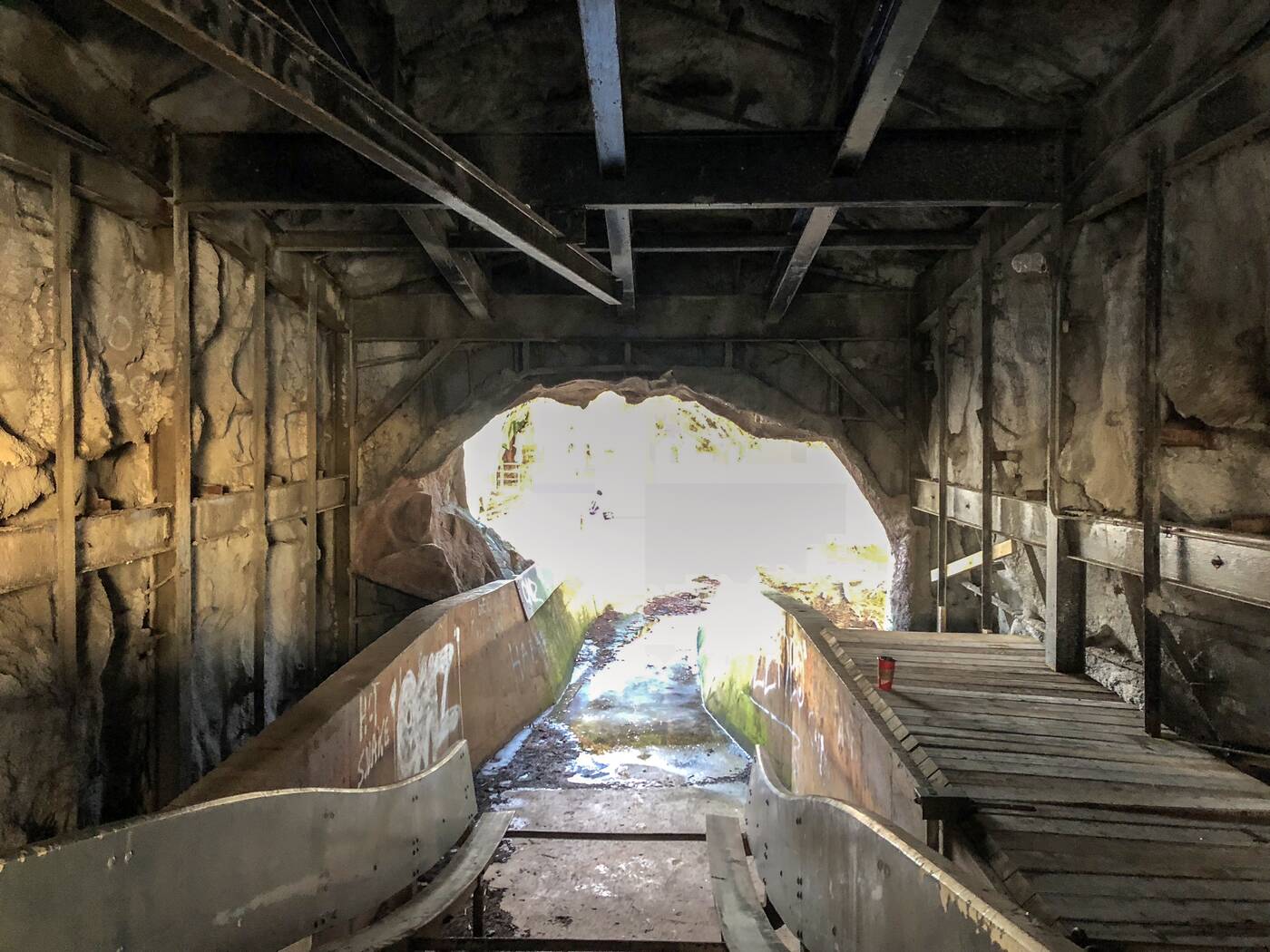 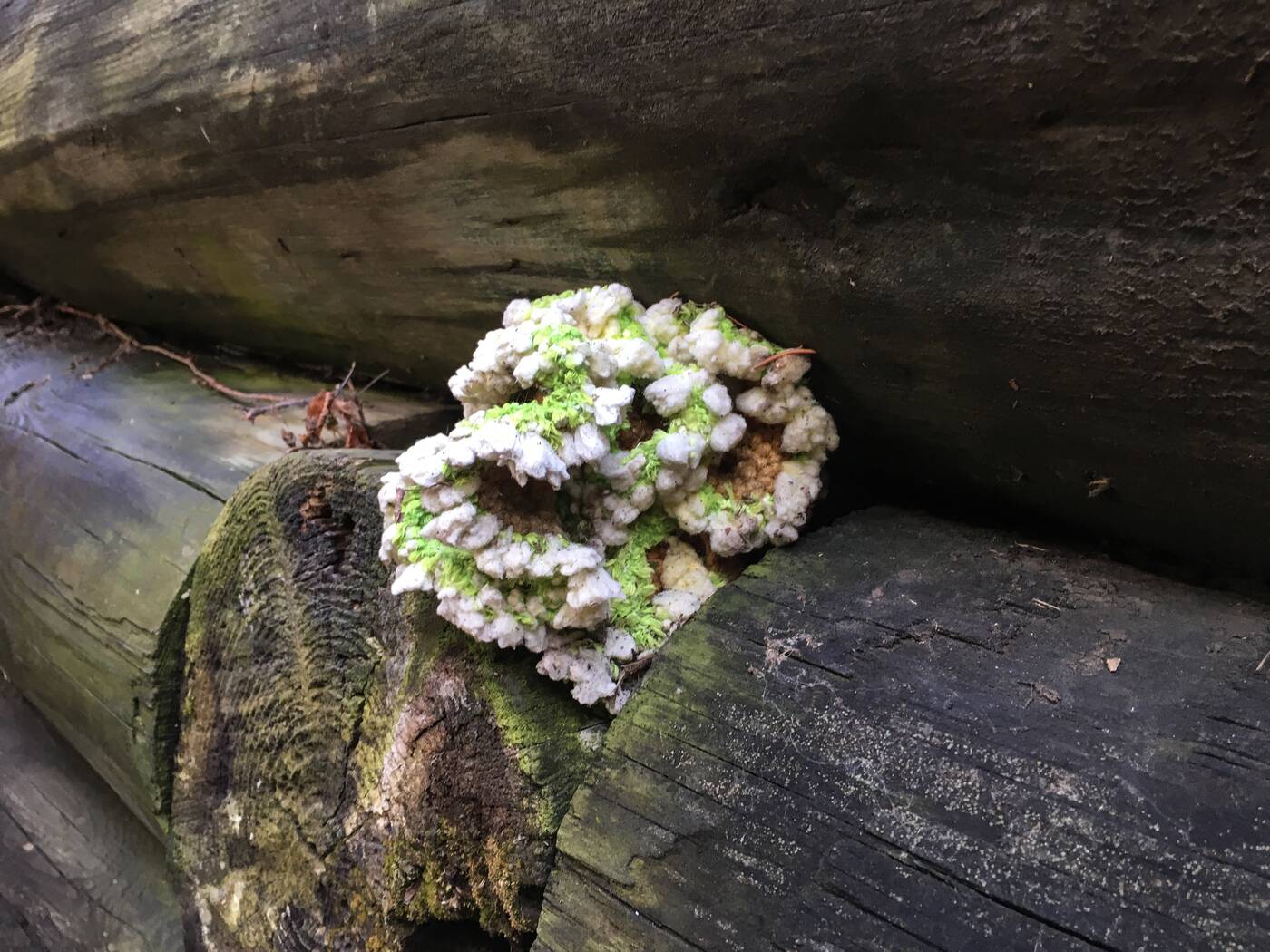 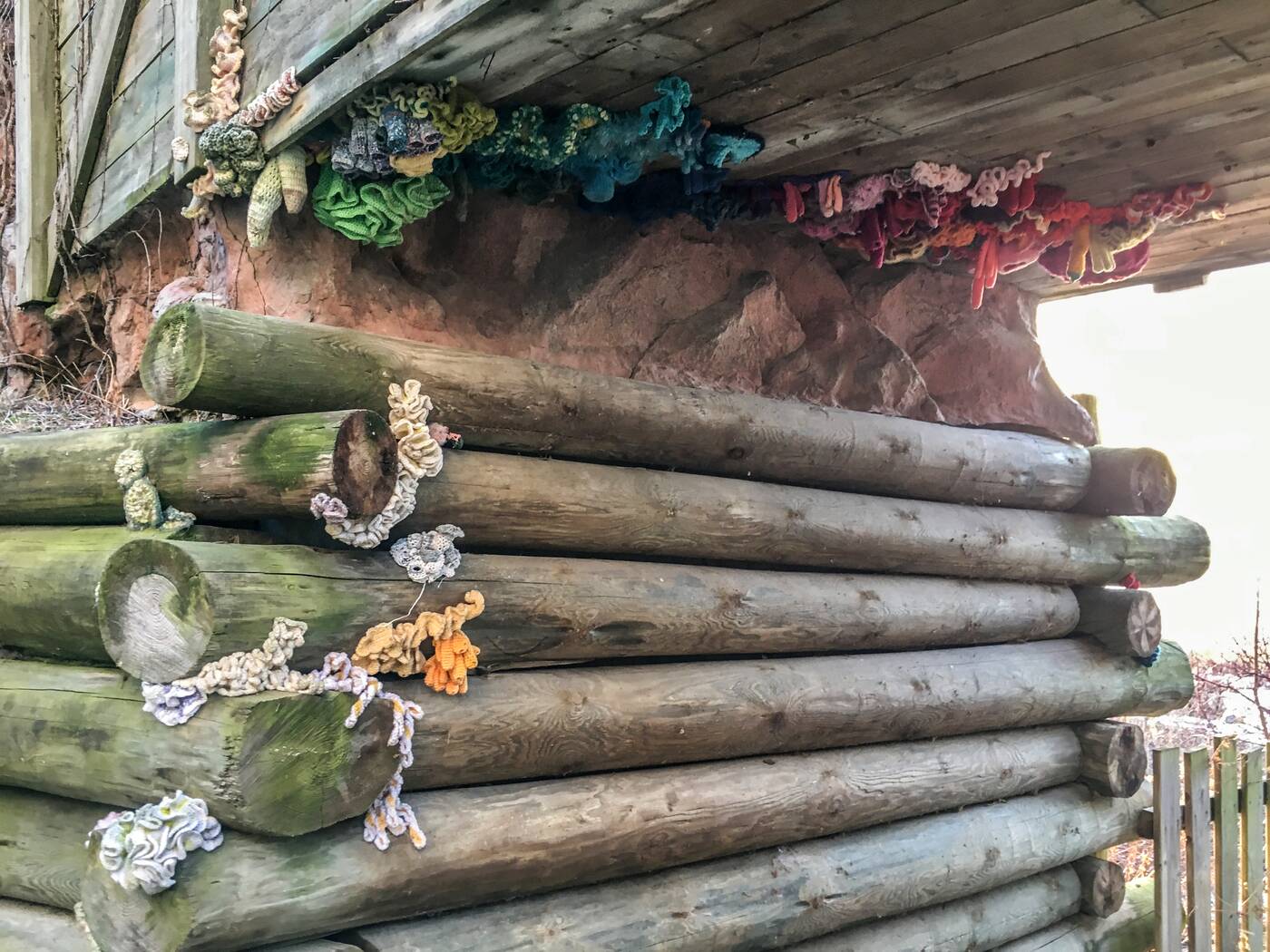 Somebody appears to have yarn-bombed one corner of the ride, close to where it meets the water separating it from Lakeshore Boulevard. 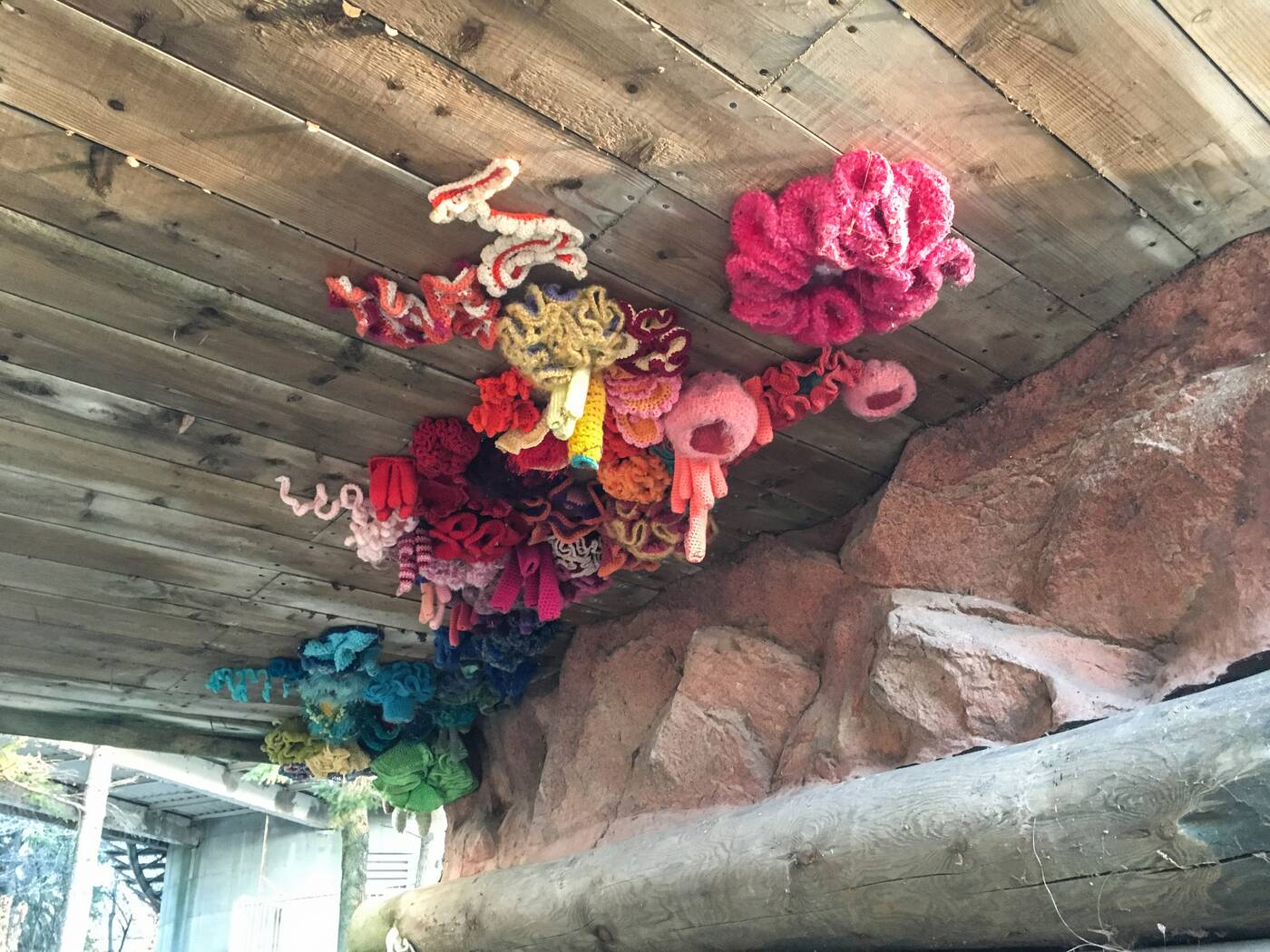 There hasn't been any indication from the government as to exactly what the next stages of the Ontario Place redevelopment will look like, but it's highly unlikely that anything like Wilderness Adventure is part of the plans. 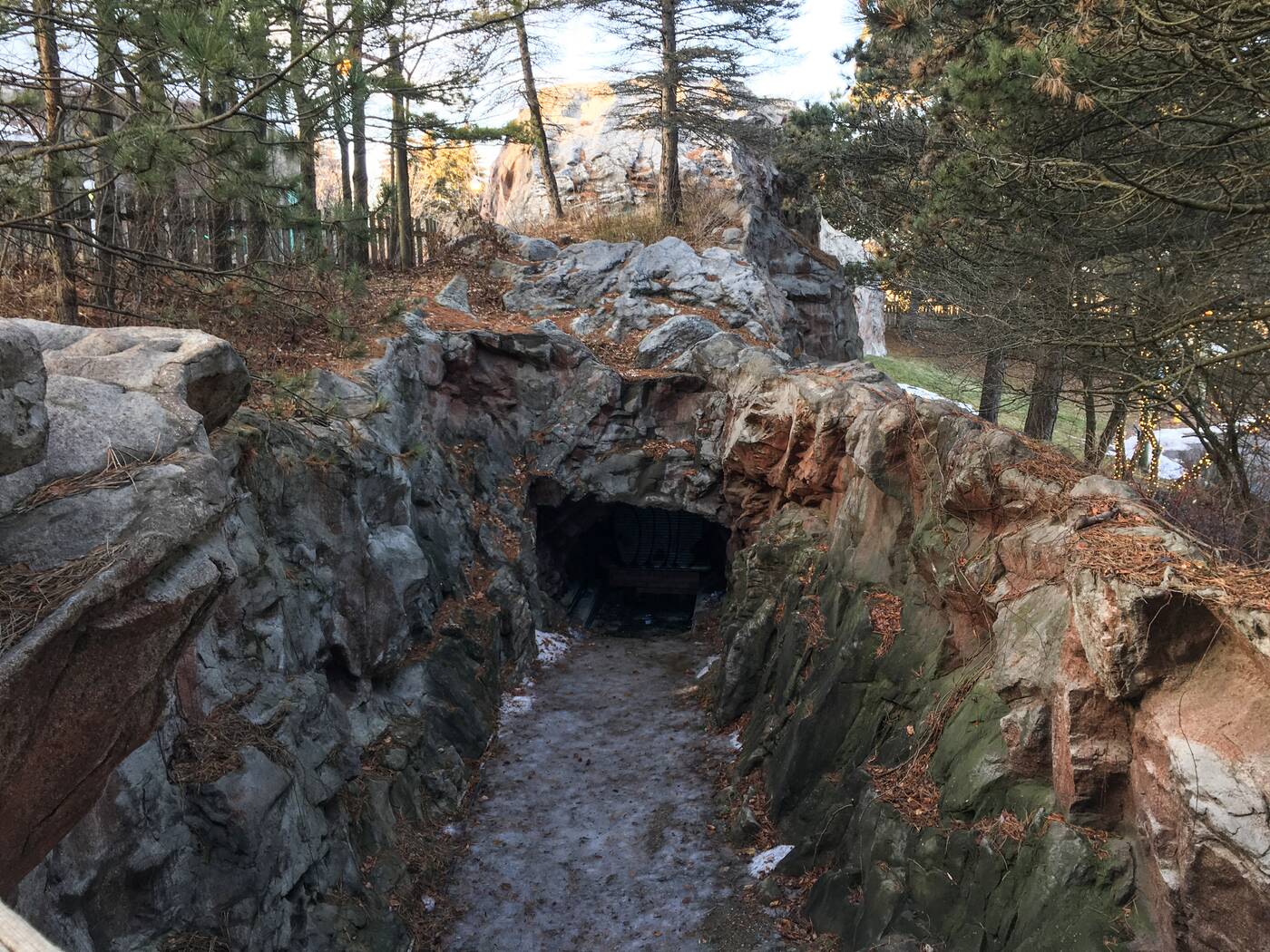 Kathleen Wynne and company have so far given us a massive new waterfront park and trail, a working Cinesphere, a skating rink, and a jam-packed schedule of special events at the newly-reopened Ontario Place, but the old water attraction is in a sad state to say the least.

I'd sneak a peak at the ruins ASAP, if you're interested. What's left of the Wilderness Adventure ride could soon go the way of its one-time neighbour, the giant water slides: cool in life, cooler in death, and now just a memory in our nostalgic little hearts and iPhones.