The face of Toronto is being remade by condo and rental developments that are rising up at an unrelenting pace, particularly in and around downtown. Much has been made of the radical shift taking place on Yonge Street, but the changes on King West will also be decisive.

This is a street that's already witnessed a major condo boom when the Massey Ferguson lands west of Bathurst Street were redeveloped in the 2000s. Now the intensification pressure has reached closer to the core. 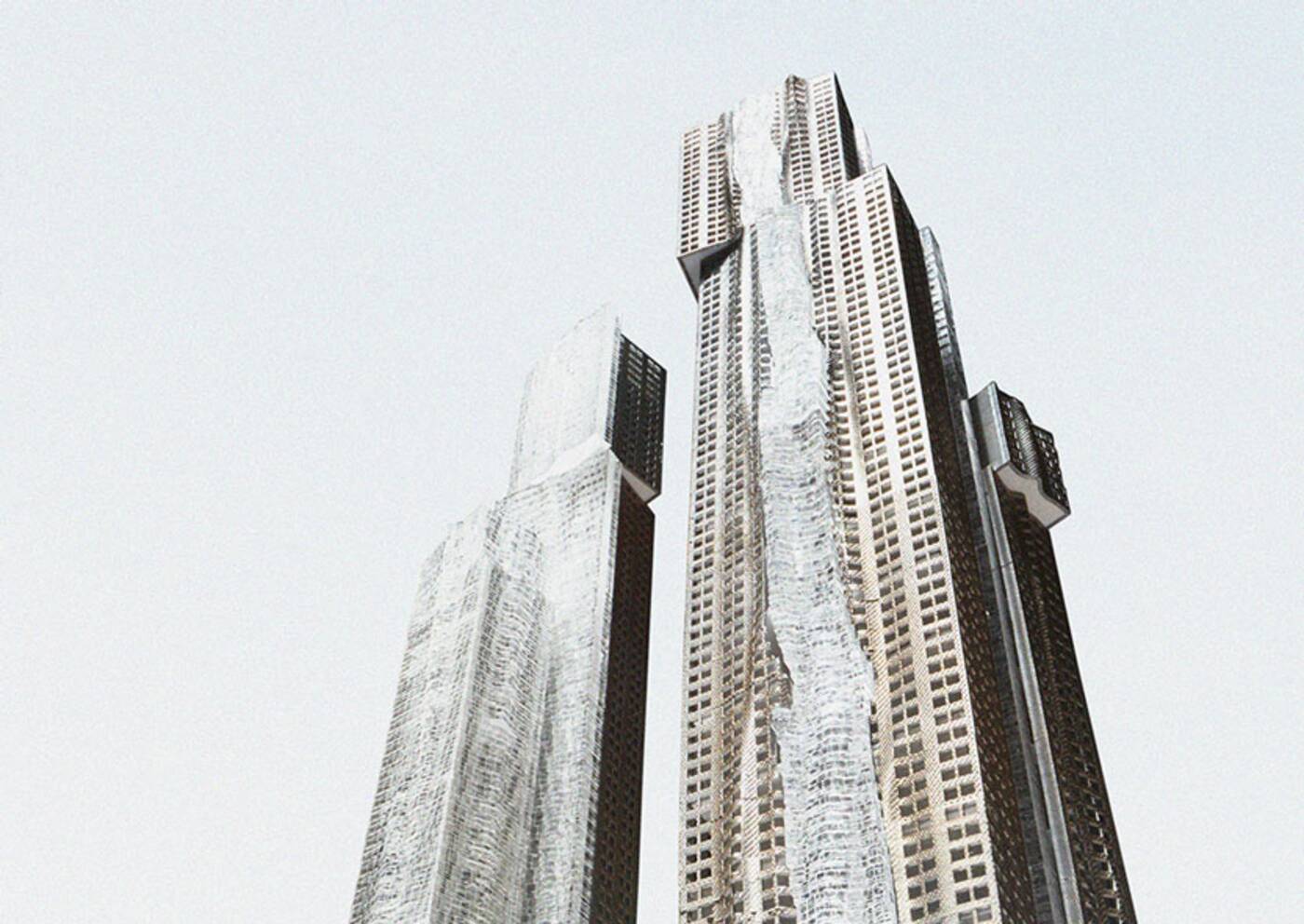 The next great wave of vertical development along King West will be punctuated by the soaring Mirvish + Gehry condos set to rise near Duncan St. Construction has yet to begin, but eventually this corridor will be home to towers of 82 and 92 storeys right across from Metro Hall. 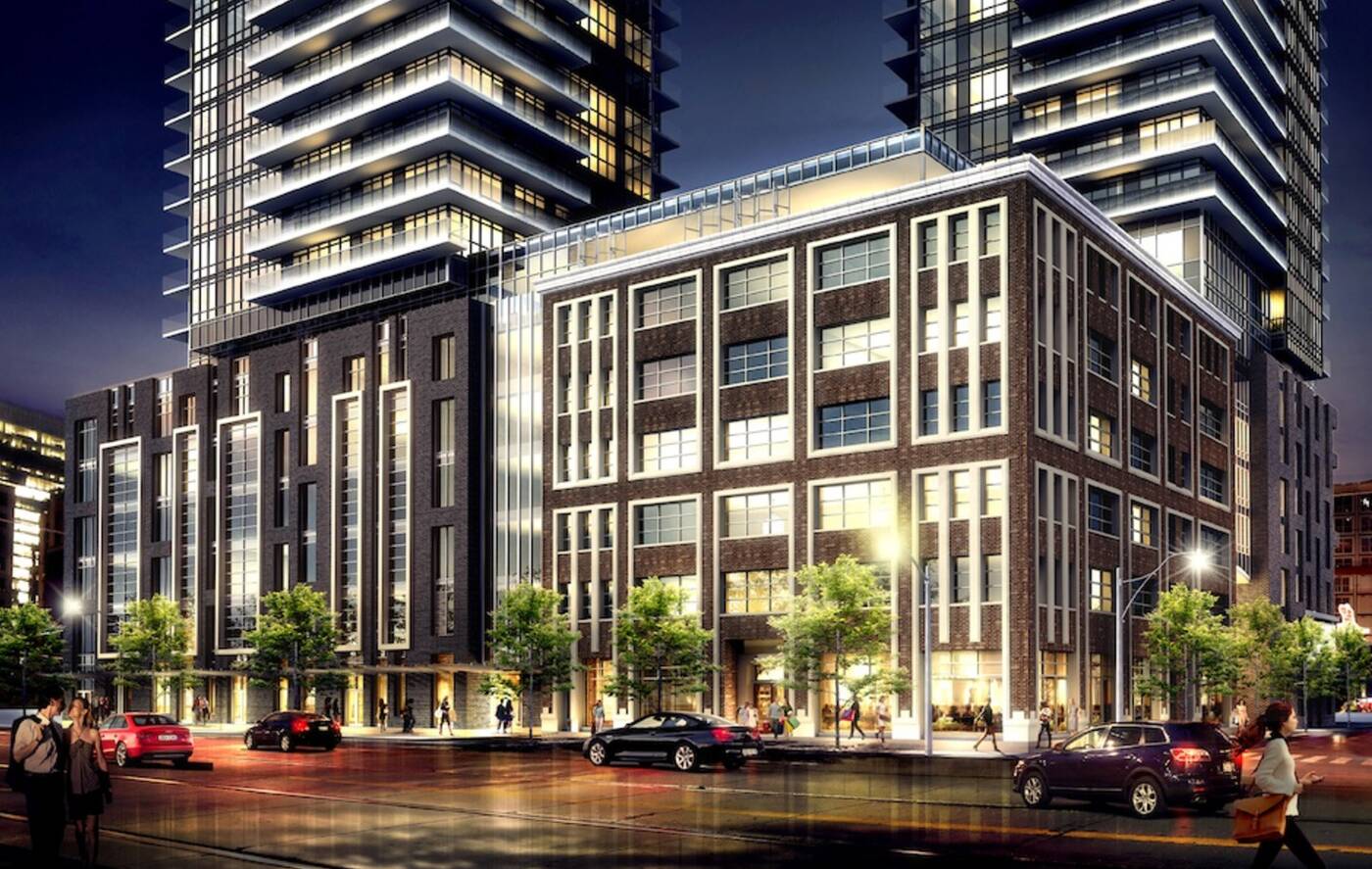 The base of the two tower King Blue condo project.

Moving west, the intersection of King and Blue Jays Way is already being overhauled for the Page + Steele / IBI Group's King Blue condo project. The Westinghouse Building on the corner has been reduced to a facade, and soon work will commence on dual towers of 44 and 48 storeys. 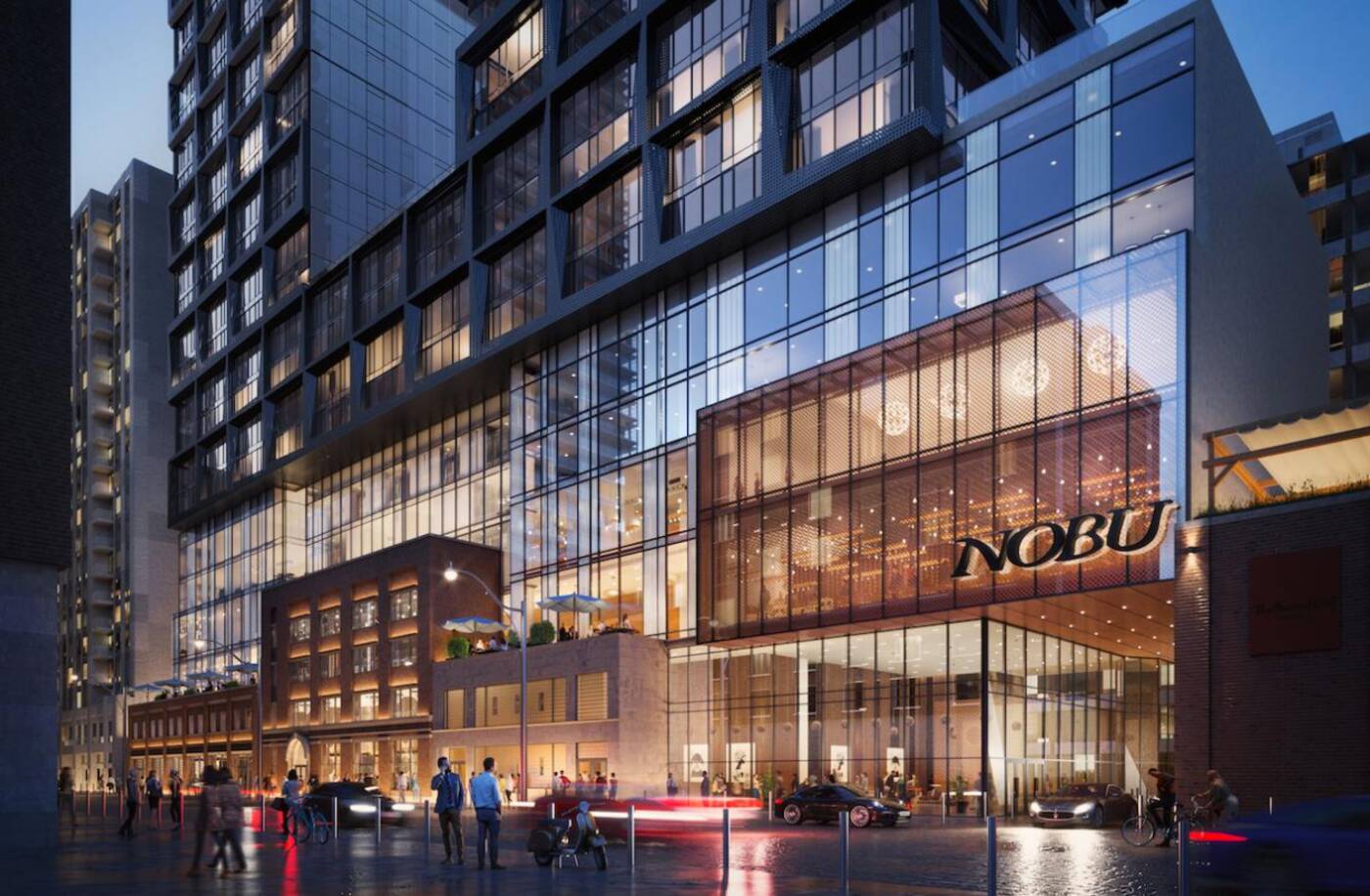 The multi-use podium of Nobu Toronto, which will house a restaurant, hotel, and condos. 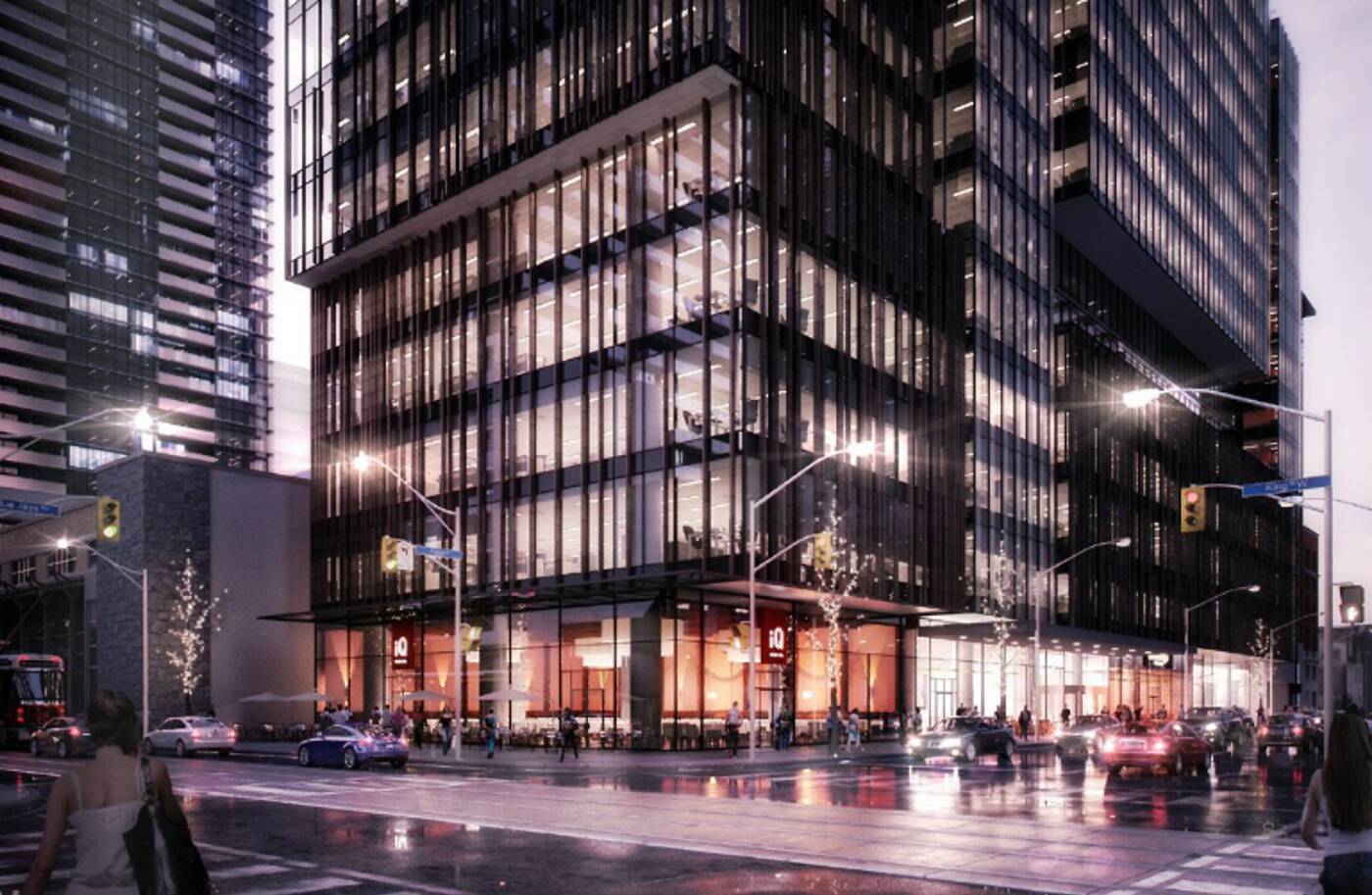 It's not all condos coming to King West. The office complex at 388 King St. will 800,000 square feet of commercial space.

Across the street on the northwest corner of King and Peter will be another skyscraper, but this time of the office and retail variety. The 33 storey tower at 388 King St. West by Hariri Pontarini for Allied Properties REIT will feature over 800,000 square feet of space. 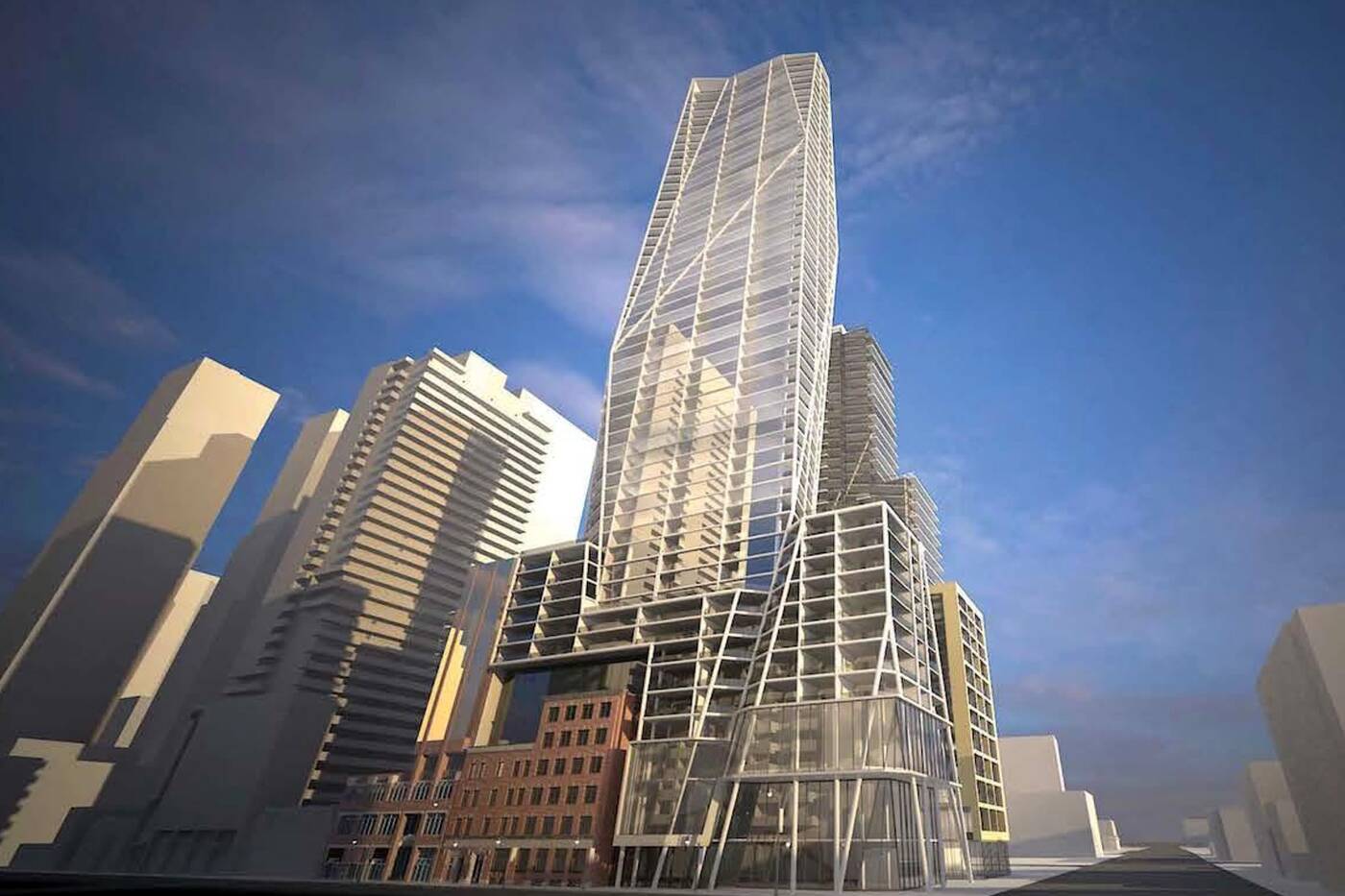 Continuing our walk west, there's an exciting project in the works at 401-415 King Street West from Teeple Architects for Tridel and Terracap. This one has gone through a number of changes, but has settled at 45 storeys with a podium that wraps around the heritage buildings on King and makes an impressive mark at Spadina. 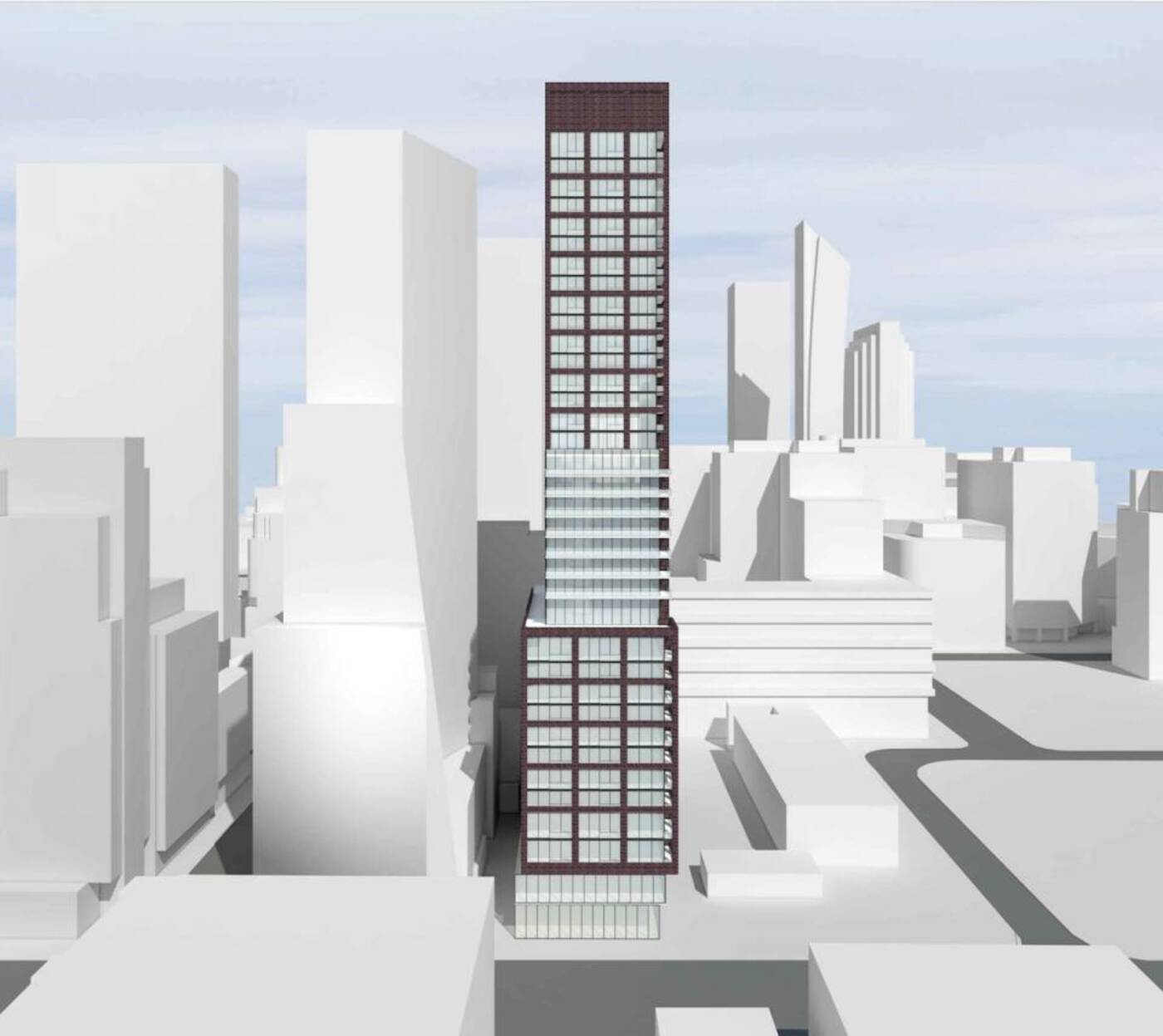 57 Spadina will add to the density on King West, even as it's just south of the street.

Just to the south, Diamondcorp's 57 Spadina development will rise up against its neighbour with a more straightforward (read boxy) design from Diamond Schmitt Architects. Currently occupied by an LCBO and Winners location, this corner will be completely transformed. 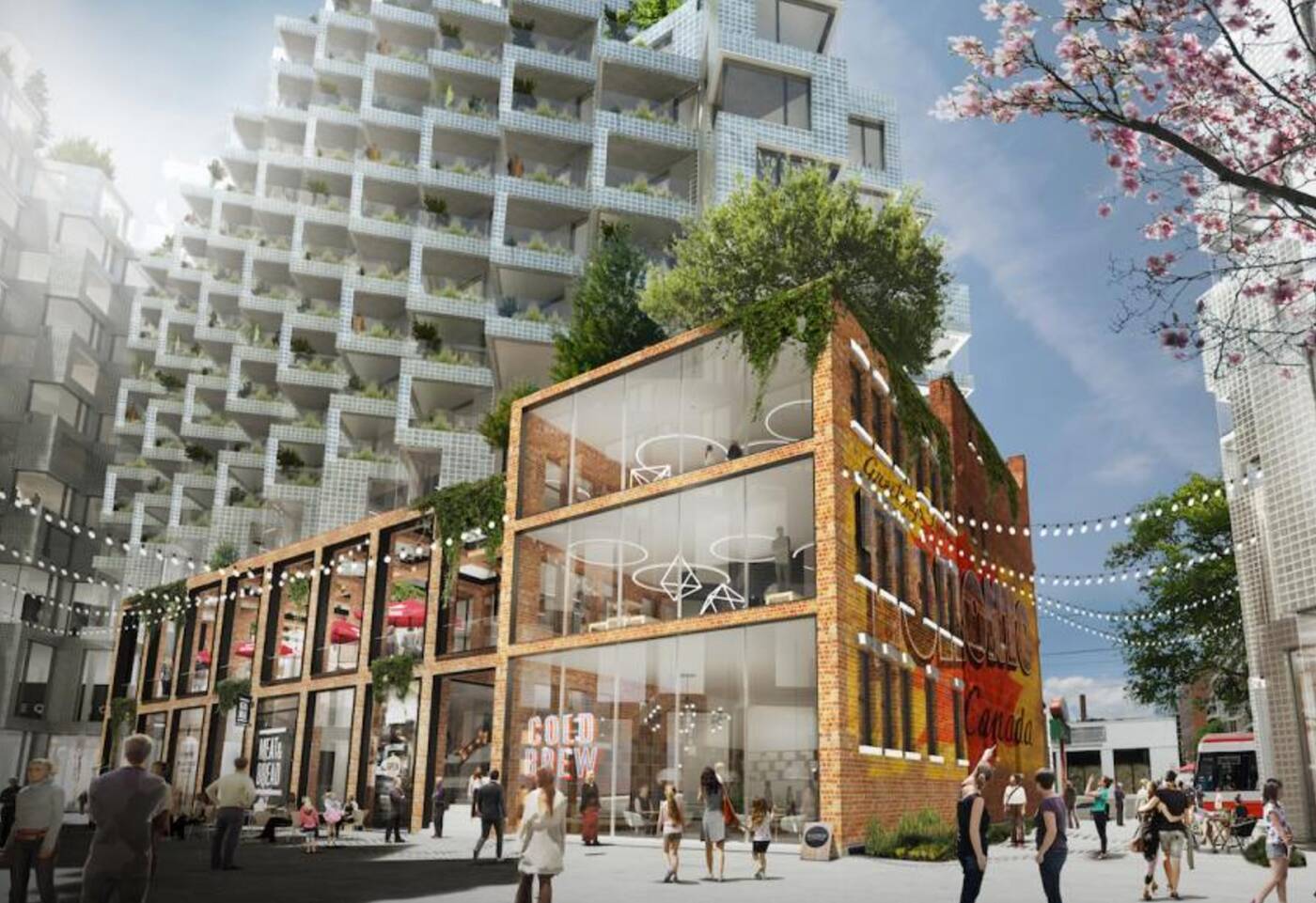 The stunning plans for Bjarke and Ingels King Street West development are currently being honed.

As huge as the changes planned for King and Spadina are, it's the development at 489-539 King Street West that's likely to draw the most attention. This bold mixed use project from Bjarke and Ingels for Allied and Westbank promises to add Habitat 67-style buildings to the street.

Announced to significant acclaim, the designs are currently working through the planning process, which has brought numerous changes so far, though the overall plans still look very exciting with rising and falling modern structures jutting out from the street-facing heritage buildings. 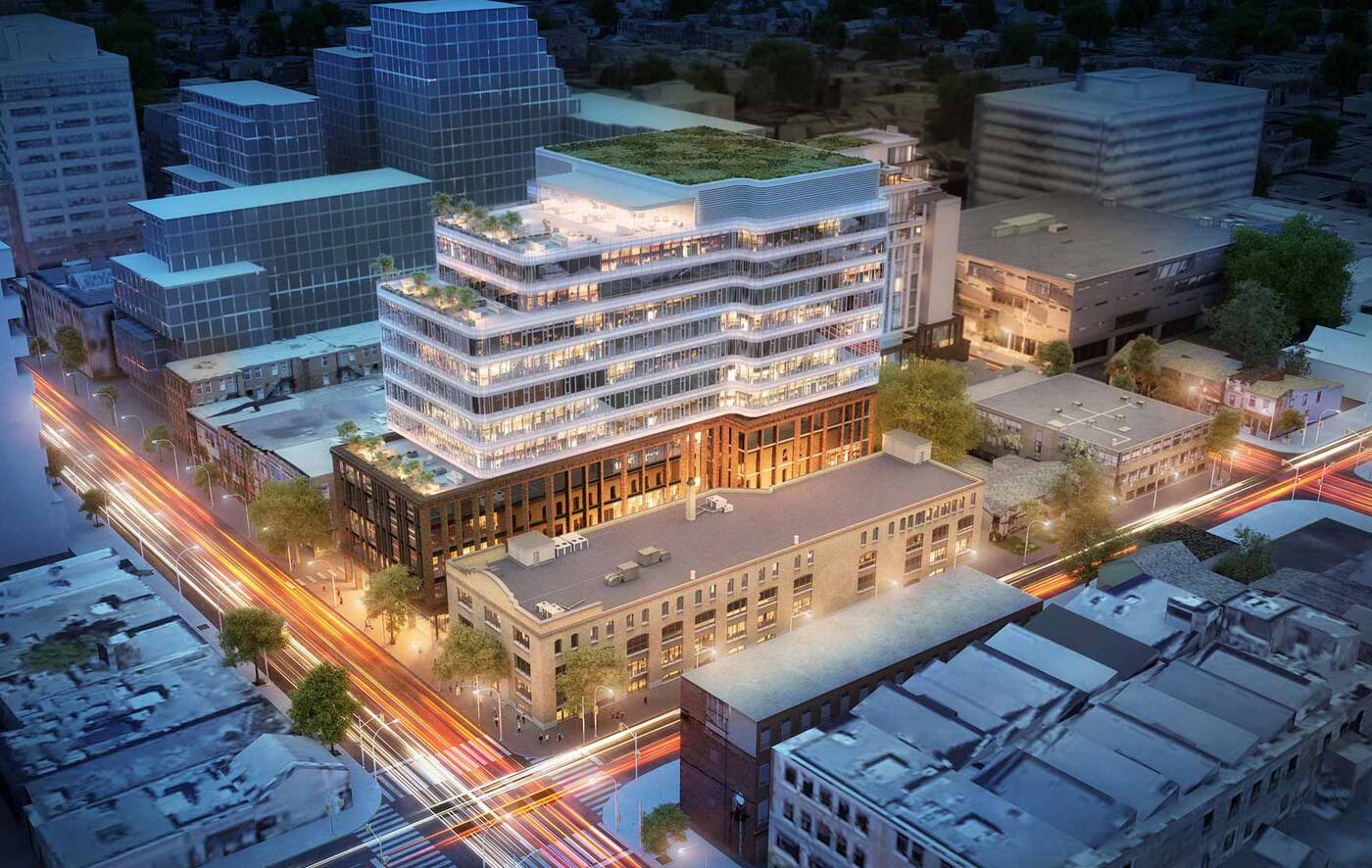 Up and across the street, the King Portland Centre is another large scale mixed use project that will transform this corridor by injecting new retail and restaurants along with a residential and commercial component on the upper levels.

Designed by Hariri Pontarini Architects for Allied (yet again) and Riocan, the project will add new pedestrian passages and a nice-looking courtyard as part of the revitalization of the existing heritage structures.

Finishing at Bathurst Street, this glimpse into the future of King West ends with a rental development at the southeast corner, rising atop the historical building that once housed the Hoxton (and is still home to the Banknote). 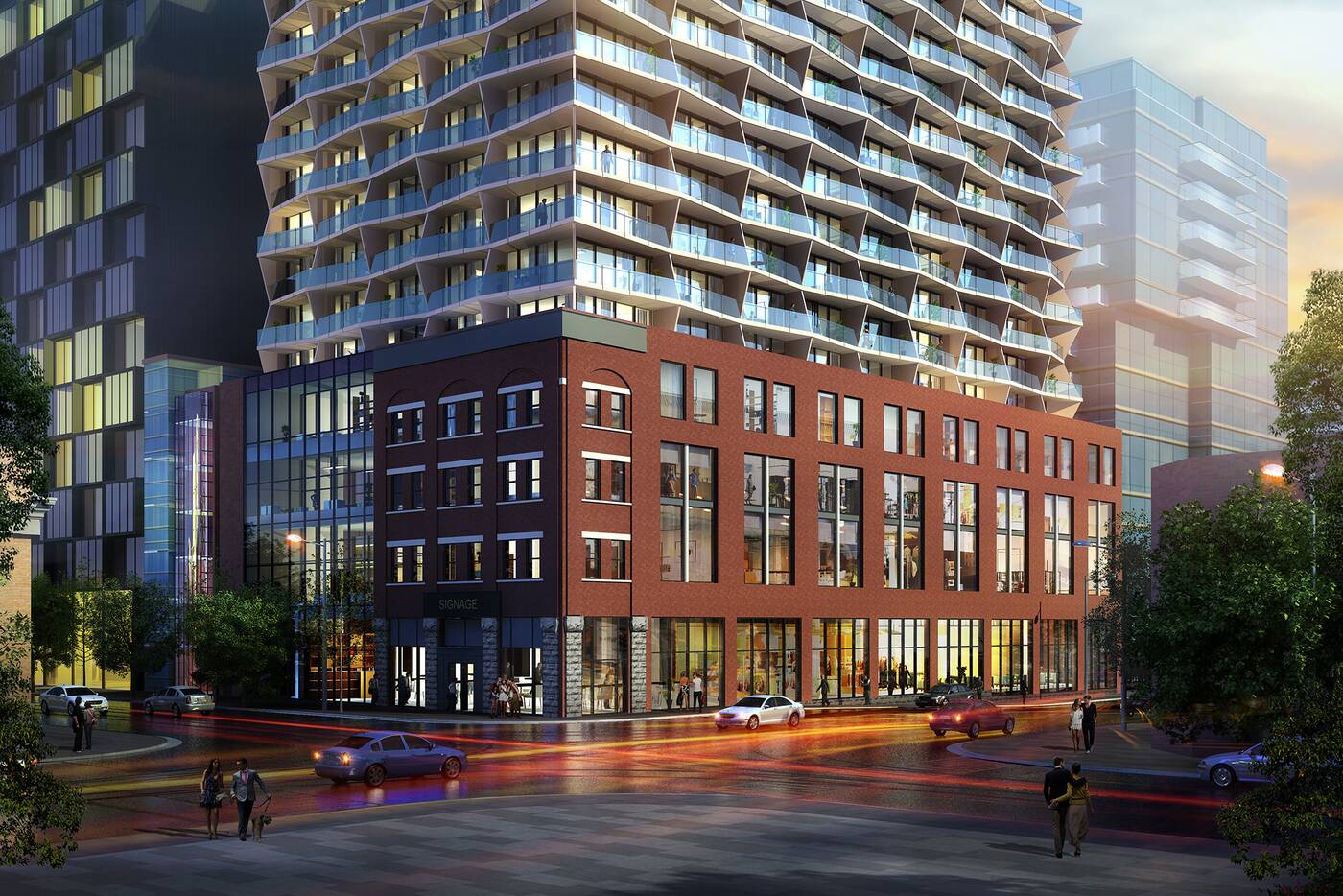 The gateway to the new King West on the southwest corner at Bathurst. Will the heritage building gets its fair due in the Diamond Schmitt design?

The Diamond and Schmitt design for developer Main and Main has taken a bit of criticism for not doing more with the early 20th century building that forms the base of the new 19 storey structure, but I'll give it the benefit of the doubt until we see the project take shape.

While the scale of the developments along King West doesn't rival what we've seen proposed for Lower Yonge Street and areas like Yorkville, the next decade and a half nevertheless promises a complete revamp of a street that's currently mostly mid-rise with only a few tall towers.

There's a lot of heritage components at play here, and one of the big tests of whether or not the collective redevelopment of King West will be successful is the degree to which their presence is maintained as the street grows ever upward.