Toronto has about 250 kilometres of laneways. These hidden, street art-filled thoroughfares are often overlooked, except when Torontonians use them for parking or graffiti tours. However, two city councillors are trying to open our laneways up to new possibilities: namely, housing.

Ward 32 Councillor Mary-Margaret McMahon and Ward 18 Councillor Ana Bail達o are working together on bringing laneway suites to Toronto. These are detached units located behind more traditional properties and help to transform empty or underused spaces, such as a garage, shed or parking pad. 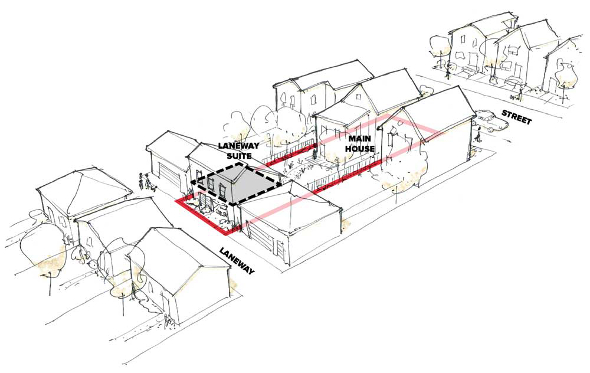 Right now, Toronto's zoning by-laws prohibit these types of dwellings and they're only permissible on a case-by-case basis. There are some stunning examples of laneways houses, but they are few and far between.

The Lanescape project is currently soliciting feedback on what these laneway suites might look like. There's an online survey available and a public consultation at the Evergreen Brick Works on December 5 from 7 to 9 p.m.

Cities such as Vancouver and Ottawa already have policies surrounding laneway suites and some think it's time Toronto follow suit.

Photo by Views From Lisa via the blogTO Flickr pool.