10 strange and unusual things you might not know about Yonge St.

Yonge Street is Toronto's most famous thoroughfare, with enough history to pack a few volumes of a local encyclopedia. It's a street that steeped in lore thanks to its seedy past and its central role in the development of this city, but how much do we collectively recall about our main artery?

Here are some strange and unusual bits of trivia to test your knowledge of Yonge St.

1. Contrary to popular belief, it's not the longest street in the world. That title goes to the Pan American Highway. The issue is that Yonge St. is not linked with Highway 11 for the entirety of its route, so it only extends a total of 86 kilometres.

2. It is, however, likely the oldest street in Toronto, with roots that date back to 1794 when the Queen's Rangers carved out the route at the direction of John Graves Simcoe.

3. Simcoe is also behind the name of the street, which was bestowed in honour of his friend Sir George Yonge who was a close friend and once Britain's Secretary of War. 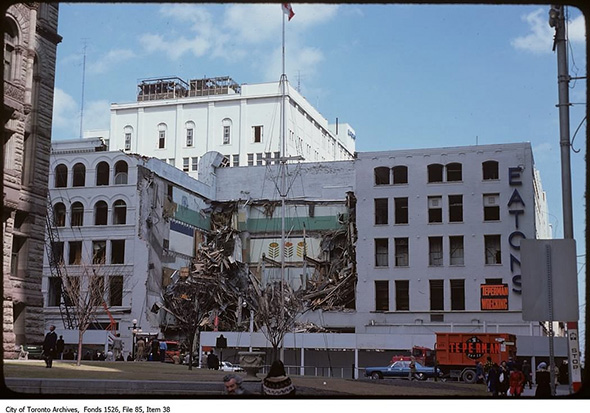 The original Eaton's on Yonge. Photo by Toronto Archives.

4. The demolition of the original Eaton's complex is the largest the city has ever seen, involving over a dozen major buildings and spanning two years.

5. The precursor to the Pride Parade happened near Yonge & College at the St. Charles Tavern every Halloween in the 1960s and '70s when drag queens and queers would strut along the street, often being pelted with eggs by a homophobic mob.

6. Yonge and Dundas Square was designed to rid the street of its remaining sleaze. Then area councillor Kyle Rae campaigned hard for the Square as a means to cleanup Yonge St. In some sense it worked.

7. Before Yorkville became the city's hub for live music in the 1960s, Yonge St. was the city's sonic capital. The entire strip was alive with taverns and hotels that served as live venues through the 1950s. 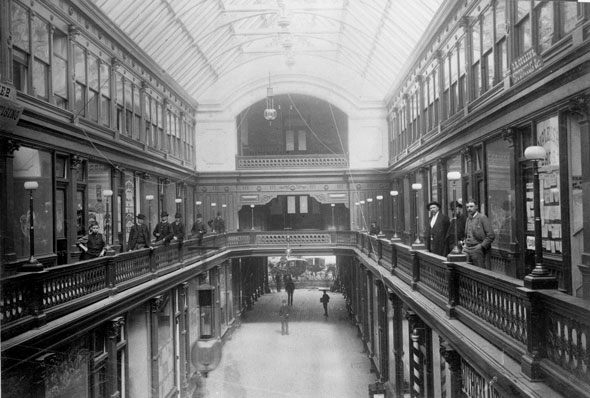 The Yonge Street Arcade. Photo by the Toronto Archives.

8. The city's first mall was located here. The gorgeous Yonge Street Arcade was located on the east side of Yonge at Temperance and contained 52 retail outlets.

9. Lower Yonge St. was converted into a pedestrian mall during summers in the 1970s. It started as two week experiment in 1971, but it proved so well received that it was extended to eleven weeks the following two years.

10. We tend to think that subway runs directly underneath Yonge St., but this is only true between College and King stations in downtown Toronto. Much of the line is actually adjacent to Yonge.