How can Toronto reconnect the waterfront?

Toronto has a lovely waterfront, but one doesn't really get that sense walking along Front Street, which thanks to various land reclamation projects, condo developments and the construction of the Gardiner Expressway, has been completely cut off from the lake. It's an issue Toronto has been talking about for decades, but barring fantasy-type discussions of tunnelling the Gardiner, it never really seems possible to do much about our troubled relationship with the harbour based on the sheer scale of the problem. In other words, it's the perfect subject for an ideas competition.

Thanks to the Urban Land Institute of Toronto's inaugural Urban Ideas Competition, we can all drool over visions for a waterfront that's integrated with the rest of the city. Gondolas, green decks, Ferris wheels, piers, and public art are just some of the ideas put forth by participants in the competition, the winner of which was announced on Wednesday at the TIFF Lightbox.

Inundation, a vision which would see seven canals added south of Front Street, was crowned the best concept, which makes sense when you have a look at the rendering. While completely unrealistic, it's fun to imagine a Toronto with such a dramatic waterfront. Even as one knows it'll never happen, the city of our dreams is one compelling place. Have a look at some of the other designs below. 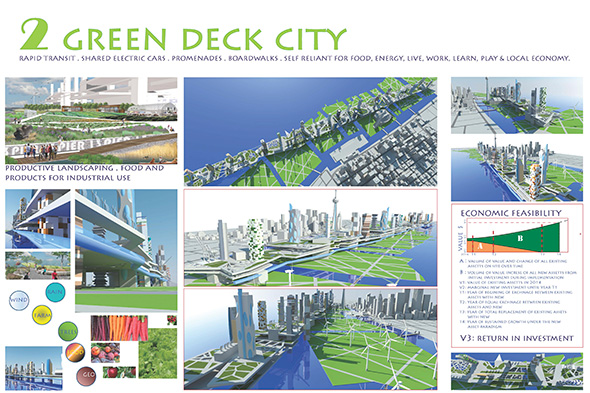 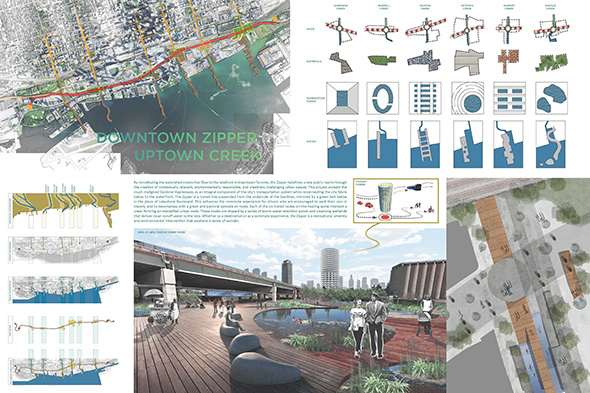 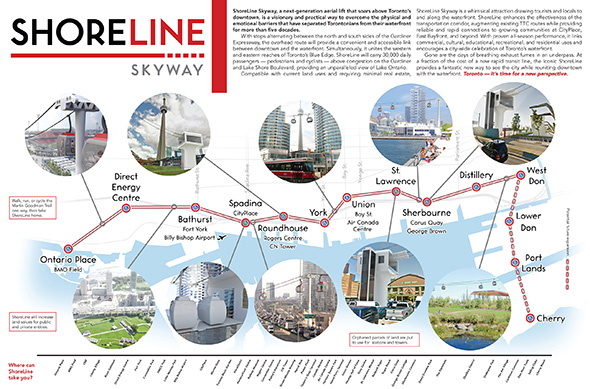