Time to say goodbye to the TTC's oldest subway train

At midday tomorrow train number 5736, currently the oldest in the TTC's subway fleet, will make its final run round the Yonge-University-Spadina line. The H5 model, noticeable for its yellow interior highlights and narrow doorways, has been sold with several other preloved Toronto trains to a new rail project in Lagos, Nigeria. This is a better fate than what faced the H4. Retired about a year and a half ago, it's last stop was the scrapyard.

The H5 fleet entered service in 1976 and were the first in the city to feature built-in air conditioning. Originally fitted orange and brown vinyl seats, a major overhaul program in 1997 brought the now standard red fabric seats to the aging trains and tweaked the interior layout. 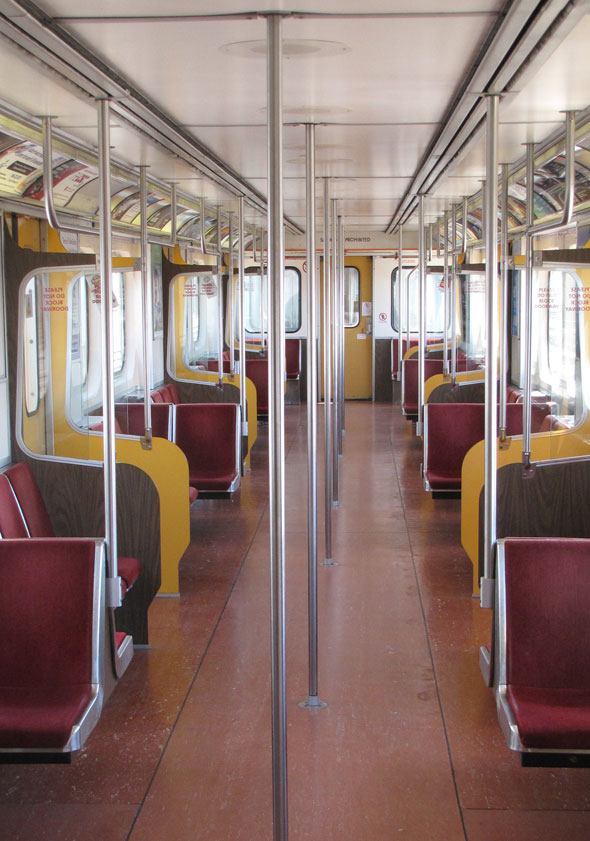 In the past the trains have experienced problems with the control systems, axels, and rust. Several cars were destroyed in the deadly Russell Hill accident on August 11, 1995.

After tomorrow, the only trains running on the TTC will be H6, T1, and the new Toronto Rockets. The retired H5s are being stored in the United States in preparation for a major refurbishment program ahead of their shipment to the EKO Rail project in Nigeria. 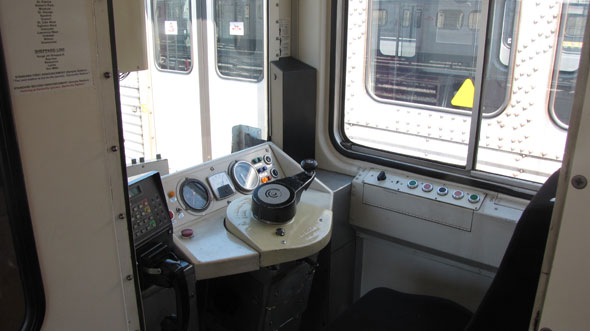 Speaking a few months ago, Michael Schabas, one of the partners overseeing the African rail project, said it would be "a few more years" before the H5s enter active service. Surprisingly, the heat isn't expected to be an issue for the old trains. "You may be surprised to know that Toronto actually gets hotter than Lagos. But it gets less snow," he said.

The train will make a complete circuit from Wilson to Finch and then call it a day at the Downsview yard.

Are you happy to see dated the H5s go? Are you pleased the trains will find new life overseas? Will you take the final ride?

Here's a couple of (poorly) Photoshopped images from EKO Rail that show what the trains are expected to look like when they've been refurbished and repainted. 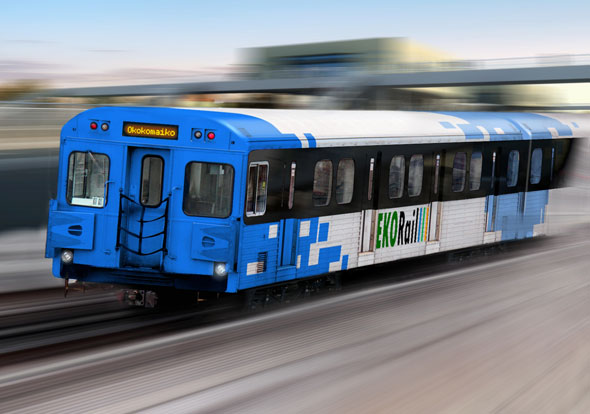 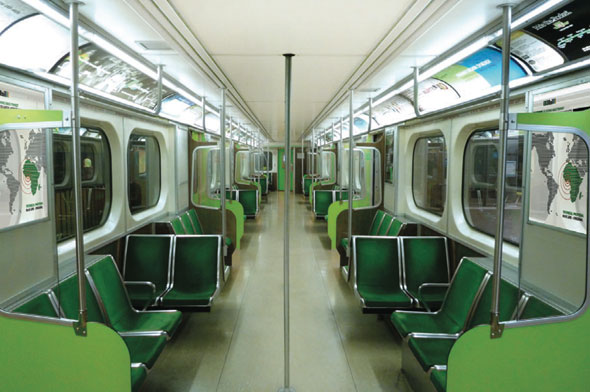