Labour Day weekend and the unofficial end to summer has arrived. For those who won't be flocking to cottage country for the last super-populated weekend out of the city, there's still lots of ways to say goodbye to summer (even if it doesn't actually end until September 23rd). The weather forecast doesn't exactly look promising, but at least the overall precipitation isn't expected to be too significant (i.e. showers will likely be sporadic rather than continuous).

Along with the suggestions below, one might also consider time-honoured traditions like a trip to one of the city's many beaches, the Islands, Kensington or the St. Lawrence markets, or even just getting that last long bike ride in. Either way, with the city's population considerably thinned out this weekend, it's a great time to explore. 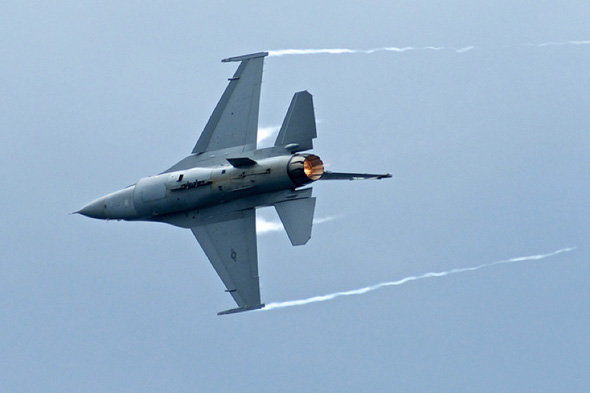 The CNE and Air Show
Even if it's the most obvious Labour Day activity in Toronto, if you haven't made it out to the CNE yet, there's few better ways to mark the putative end of summer. And because humans typically fatten up in anticipation of our cold-weather hibernation, you can convince yourself that you have free rein to indulge in all the greasy wonderful food options on offer (donut cheeseburger, anyone?). While you're down by the waterfront, make sure to catch the Canadian International Air Show, which can be viewed quite easily from multiple vantage points along the lake, many of which are free.

Concert for Japan
Tickets are still available for this relief concert at Downsview Park, which runs on Saturday and Sunday. Performing bands include Atomic Tom, The Envy, Firewind,
Evaline, Vas Vega and Japanese drummers Yaudo on day one and Karl Wolf, Black Violin and Sam Tsui on day two. Passes are $75 a day or $130 for the weekend, which ain't cheap, but all proceeds go to charities that support disaster relief in Japan. 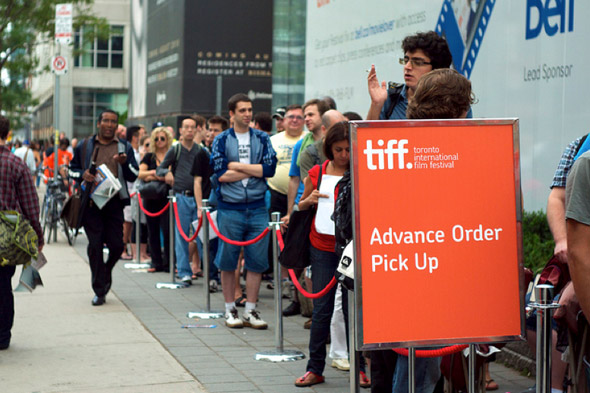 Buy TIFF tickets
It may not be that sexy an activity, but single-tickets for TIFF screenings go on sale tomorrow, and what better way to spite one's cottage-going friends than by snapping up all the good films. Tix can be purchased online (check link above), by phone (416.599.TIFF) and in person at the box office at Metro Centre 225 King Street West Concourse level (entrance at Duncan Street). For recommendations on what to see, check out both of our preview guides.

Hot & Spciy Food Festival
Running throughout the weekend, the Hot & Spicy Food Festival will have you reaching for some milk (or beer, as the case may be). Not just about tongue-singeing dishes, there'll also be live music, guest speakers, an emerging chef competition, and a very promising sounding burger battle. Much of the festival is free, but for more detailed info, check the above link. 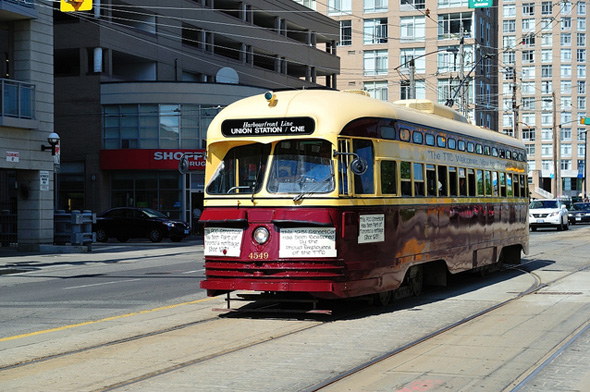 Ride a PCC Streetcar to the Harbourfront
Sunday marks the last day of the season that the TTC will run its old PCC streetcars along the 509 Harbourfront route. The car will be in service from 11 a.m. to 7 p.m. and could be a great way to travel to the above mentioned Hot & Spicy Food Festival or to the Power Plant Gallery, which is hosting Ihor Holubizky, the Senior Curator of the McMaster Museum of Art, to discuss current exhibitions at the gallery (admission is free). Plus, if it's raining you don't even need to get off the car â geeking-out on Toronto transit history is an activity unto itself.

Labour Day Parade
The annual Labour Day Parade in Toronto is set to be a bit more emotional this year with news that this year's event will be made in honour of Jack Layton. The procession starts at the southeast corner of University at Queen and continues on to Queen Street and then south across Dufferin to the CNE. While not as well attended as it once was, the parade has deep routes in Toronto. 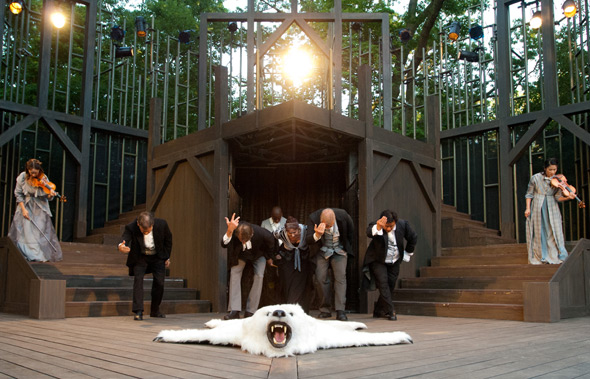 Dream in High Park: The Winter's Tale
This weekend is the last chance to catch Canadian Stage's production of Shakespeare's The Winter's Tale in High Park for the season. Yes, the weather could be an issue with an event like this, but with solid reviews from most critics, this could be one to take a chance on. More details here.

Samba in the Square
Part of the Brazilian Day Canada Festival, Labour Day will see Dundas Square come alive with Samba music throughout the afternoon and early evening. Featured performers include Exaltasamba and host Serginho Groisman. The festivities are free, but VIP tickets are also available.

What's open and closed on Labour Day 2011 in Toronto

Got an event to plug for Labour Day weekend? Let us know in the comments of submit it to our events section.