Get to know a street: Wilson Avenue

Wilson Avenue between Bathurst and Dufferin is not one of Toronto's up-and-coming hotspots. In fact, many of the notable businesses in this North York area have been here for decades--and it looks like they're staying put. Wilson Avenue's restaurants, grocery stores, and other shops seem to reflect the demographics of the area, which is comprised notably of Filipino and Jewish families. In other words (and to totally play off stereotypes) Wilson Avenue is the street to pick up some Pandesal and a few quality fresh-baked bagels. Here's where to find them, and some other places to check out on Wilson Avenue. 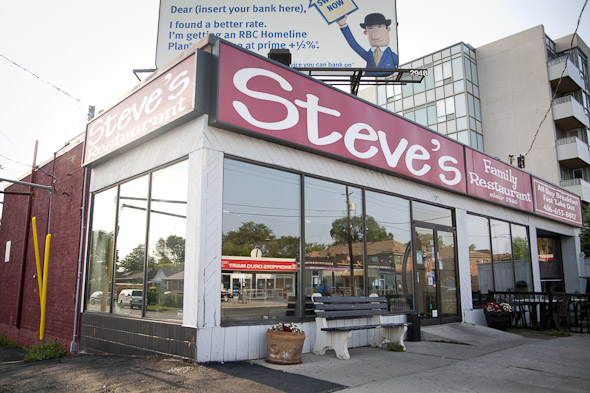 Steve's Restaurant
Just north of Wilson on Lawrence, Steve's is one of those inexplicably popular greasy spoon-ish restaurants that's packed with families on Sunday nights. Perhaps its esteem is due to the fact Steve's has been around for more than 60 years, or else, just because of its self-professed "Incredible Omelettes," but Steve's is one of those Wilson Avenue places that's guaranteed never to be empty. 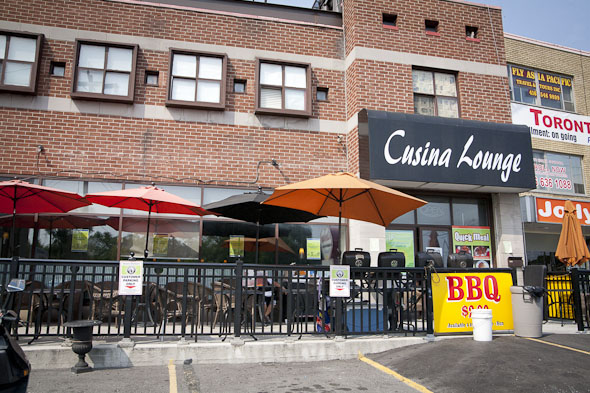 Cusina Lounge
Cusina Lounge is a Filipino restaurant and Karaoke bar with delicious, delicious BBQ stick prepared fresh on the patio in the summertime. The restaurant often hosts live music and karaoke, as well as all-you-can-eat Friday through Sunday. Dishes a la carte include Sinigang Bangus, Kare-kare, Kalderetang Kambing, and Bihon noodles. 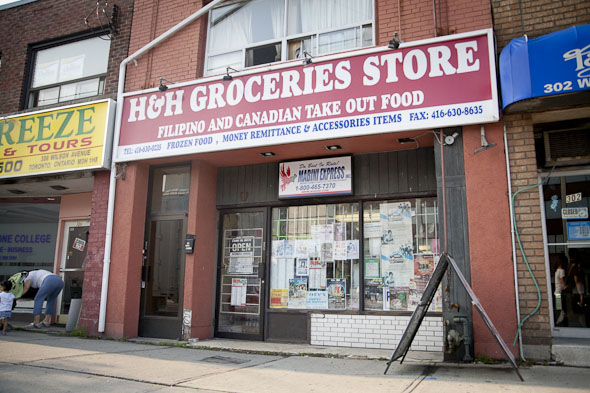 H & H Groceries Store
H & H Groceries Store has Filipino and Canadian (whatever that is) groceries, but the real draw here is its hot table. Dishes such as fried tilapia, fried tuyo, Bangus Daing, and BBQ ribs entice by the front, while canned items, dry soups, and bagged snacks surround the back tables. There's also a (very) small selection of fresh produce by the door. 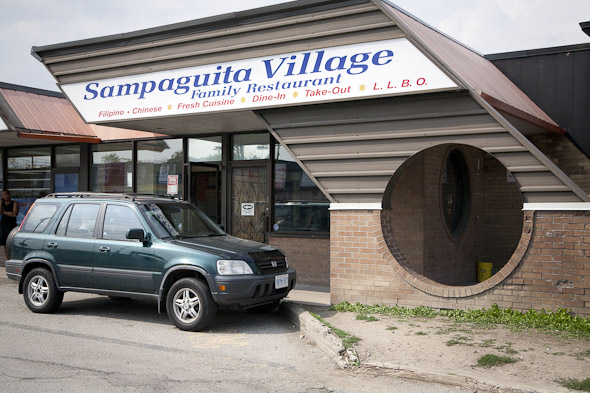 Sampaguita Village
Sampaguita Village is a fusion restaurant offering a mix of Chinese and Filipino dishes--something a little different from the typical Asian fusion. Don't let the word "village" fool you; this place is pretty small. But its menu, on the other hand, is actually quite extensive, with dishes such as Kare-Kare, Lechon Kawali, and Sweet and Sour Chicken all on the list of options. 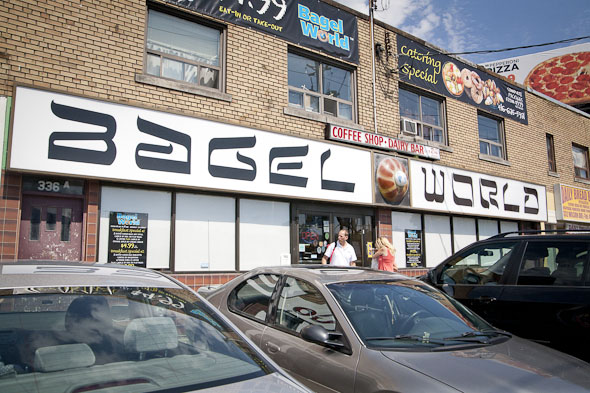 Bagel World
Bagel World has been on Wilson Avenue for over 45 years, serving their famous "Bagelini" (flat bagel panini) to loyal patrons. There are a couple other locations in the GTA, but this Bagel World is the original and frequented by many grey-haired breakfast special-enthusiasts. Besides bagels, of course, Bagel World makes its own soup, cookies, loaves, and venerable chocolate Mandelbrot. 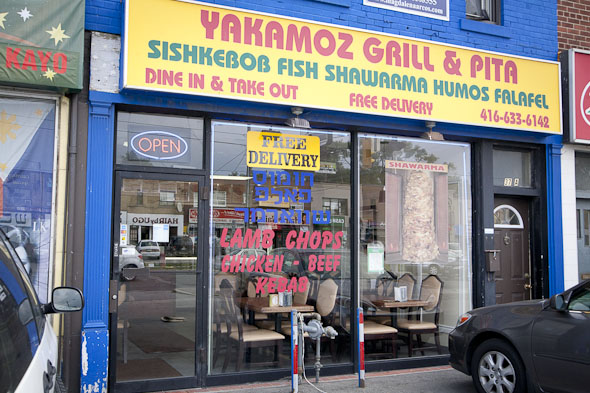 Yakamoz Grill
It seems every neighbourhood must have its resident shawarma joint, and for Wilson Avenue, Yakamoz is it. Yakamoz's menu includes typical Middle Eastern fare such as falafels, shawarma, and kebabs, but also includes a couple of out-of-the-box items including salmon shish kebabs and rainbow trout filets. 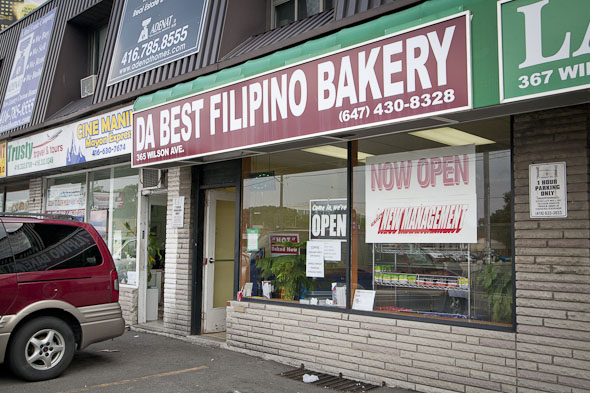 Da Best Filipino Bakery
It's not exactly hip or quaint, but Da Best Filipino Bakery smells absolutely divine. And isn't that all that matters? This shop offers Filipino treats such as Halo Halo,
Buko Pandan, Lugaw, and Pandesal (regular and whole wheat), and there's one large communal table for seating, which was likely implemented with zero regard to the growing trend. 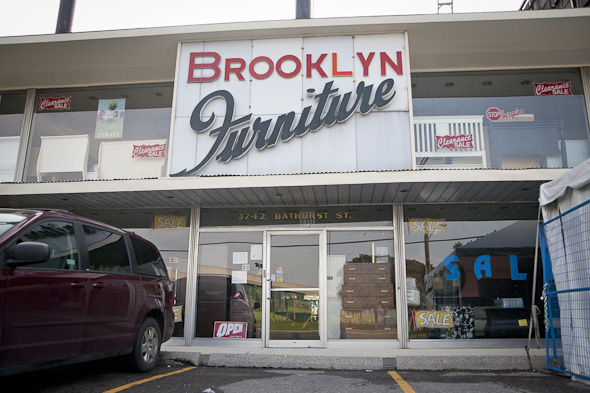 Brooklyn Furniture
Brooklyn Furniture is actually just south of Wilson on Bathurst, on a lot where it's been for the past 50 years. This isn't a King Street furniture store, so don't count on finding obtuse orange side tables here. Instead, Brooklyn offers classic, timeless pieces--mostly made of solid wood--at discounted prices for medium- and high-end.