Sadly, I missed the official Grand Re-opening of the Spadina Museum back in October, which followed a restoration that transformed the interior of the house back to its heyday in the 1920s 30s, the period which saw the height of affluence for the Austin family, whose three generations resided in the house for nearly 120 years. 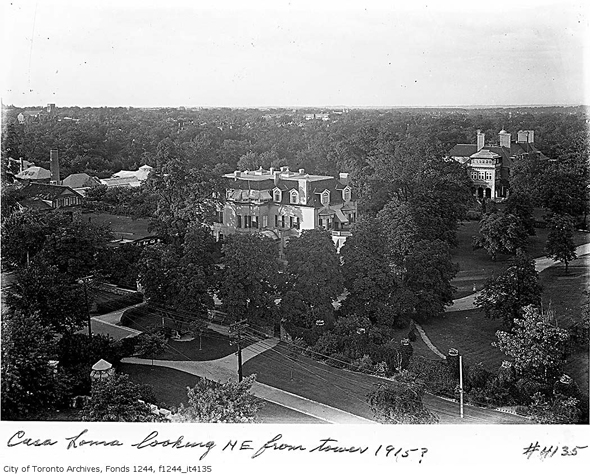 I've already written about the social and architectural changes that took place in Toronto during the 1920s, which is to me is one of the most interesting times in the history of the city. I appreciate any opportunity that is able to temporarily transsport me back to that decade, so I was excited when I learned that the Spadina Museum is featuring a tour of the holidays as celebrated the 1920s. 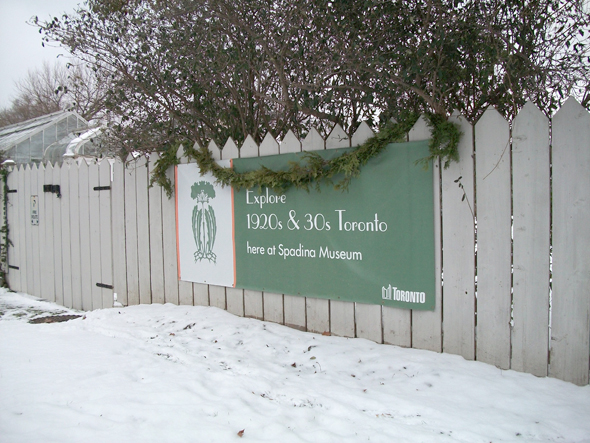 Although the lavish celebration of Christmas in the style of the Austins in that decade is not representative of the majority of Torontonians' experience at that time, it faithfully portrays the spirit of the decade, characterized by abundance and glamour.

The Spadina House was built in 1866 by James Austin, a leading social and financial figure in nineteenth-century Toronto, who rose to prominence in the grocery trade. The former residence of William Warren Baldwin, who was also a man of influence like Austin, stood on the same site, but was demolished following Austin's successful bid of ÂŁ3,550 for the property. 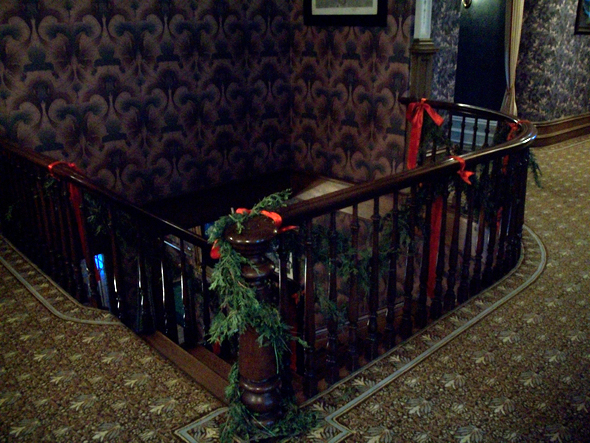 Inside, the house style is an unusual, but charming mixture of Victorian, Edwardian, Arts and Crafts, Art Deco, and Art Nuveau styles, reflected in the appearance of the various furnishings, paintings, and wallpapers. Our tour guide explained that Lady Austin was somewhat conservative when it came to interior decorating and preferred the earlier styles. Visually, the stylistic assortment was overwhelming, but at the same time, it is easy to appreciate, as this is the only place in the city where you are able to find all these styles together. Various holidays ornaments also graced the house. My favourite was the greenery on the banister, decorated with red ribbons, pine cones, and bells. 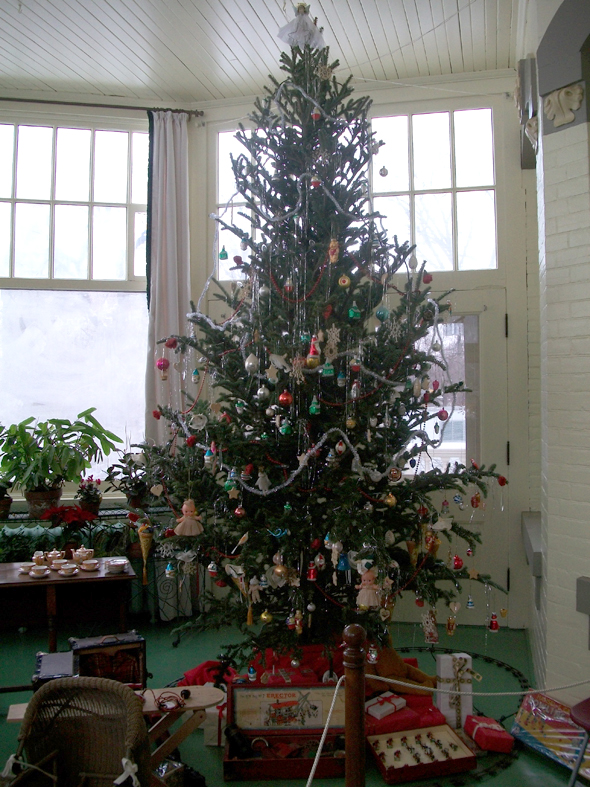 The Christmas tree is located in the Palm Room, a later addition to the house, which resembles a type of a sun room. The tree is tall and the angel topper reaches up to the ceiling. Some of the decorations, but not all, date back to the 1920s.

There are several gifts placed under the tree. The biggest and the most splendid one is the train set, a very popular present at that time, accompanied by several other smaller toys. The guide showed us a reproduction of Lady Austin's account book, and for one year, her purchases totaled $26.14, a handsome amount at that time - and an equivalent of about $300 today. 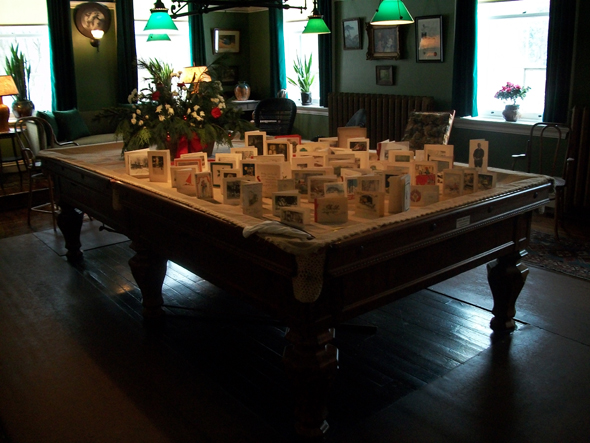 One of Christmas rituals of the Austins was the display of greeting cards that they received each year from relatives and friends on the sizable pool table (which, interestingly, had originally been a billiard table) in what appeared to be a large recreation room. We were told that the designs of the cards were more secular in style, and sometimes alluded to the pastimes of winter, such as hunting. 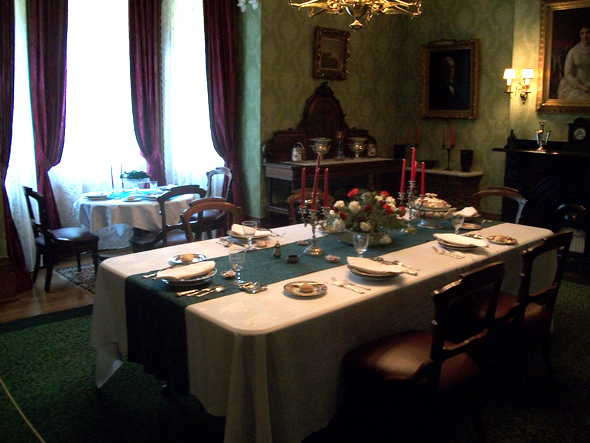 The dining room was lavishly decorated with two tables. The main one, positioned in the centre of the room, draped in gold and red tablecloths, along with red candles, was for adults, while children sat at a smaller one, located closer to the bay window, with a white tablecloth. Both of the tables were set and the dinner menu included such delicacies as not so appealing cream of oyster soup, while the main course, which seems more appetizing, was turkey with sausages and vegetables.

The library with the old radio was to me was the most charming and the highlight of our tour was the playing of "Winter Wonderland" in the 1920s style of jazz as the Austins would have heard it. Overall, I greatly enjoyed the tour as a local history geek and would highly recommend it. 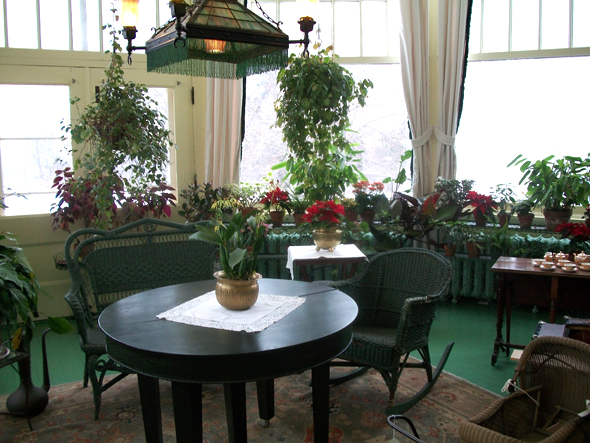 Images from the author's collection.