The TTC fare hike was debated this afternoon at the much anticipated Toronto Transit Commission meeting, and a conclusion has been reached and voted on. We will indeed be seeing increases implemented on January 3rd, 2010.

What's not entirely clear is how much loyal rider rage will increase (up from already too high). Or how much harder it will get to buy tokens before the hike (it's become a real pain).

Here are the full details on the approved fare hikes: 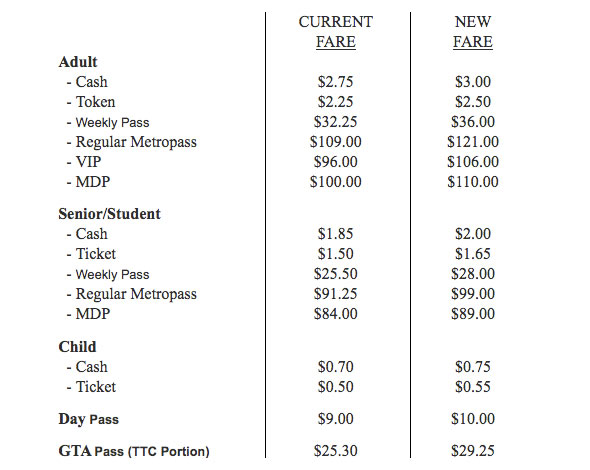 If there's one consolation prize, it's news that (effective in September of 2010) people who are taking a post-secondary degree (or other diploma granting program) will be eligible for student Metropass pricing.

Will the impending TTC fare hike change your use of the transit system in 2010?

Have anything you want to say about this? Feel free to vent below!