When does ongoing reporting on a story become too much? After forcing the TTC to release statistics about suicides and suicide attempts on subway tracks last week (via requests citing Freedom of Information), The Toronto Sun seems to be milking that stats list for every story it can muster up.

The ongoing news coming out of the Toronto Humane Society raids isn't much better. The Globe is now reporting that ill cats were being fed food that was 6 years beyond expiry and that donations to the society have been used to pay legal fees.

The Star's "The Fixer" column continues to dig deeper into the 407 ETR billing debacle, but nothing has been "fixed" yet. The privately-operated toll road company is somehow able to charge 26.82% annual interest on unpaid bills, for up to 15 years. And sometimes they appear to wait years before coming after you with huge bills (and they've been shown to be prone to billing errors like claiming usage by dead people).

Police are seeking a man after a reported sexual assault in Koreatown. A woman was walking alone late at night, met a stranger on the street, and went with him into dark private room at a karaoke bar where she was assaulted.

Three people were stabbed outside a bubble tea shop in Scarborough, but little else is revealed about the incident. Sounds gang-related to me, but the thought of tough guys drinking sweet, melon-flavoured tea through giant pink straws doesn't seem right.

And a pretty rainy Sunday night is behind us as we enter another work week, and soon, the month of December. Here's what blogTO was up to this final snow-free November weekend:

Also spotted in the blogTO Flickr pool... a little good boozy chocolate cheer comes with a couple of parking tickets: 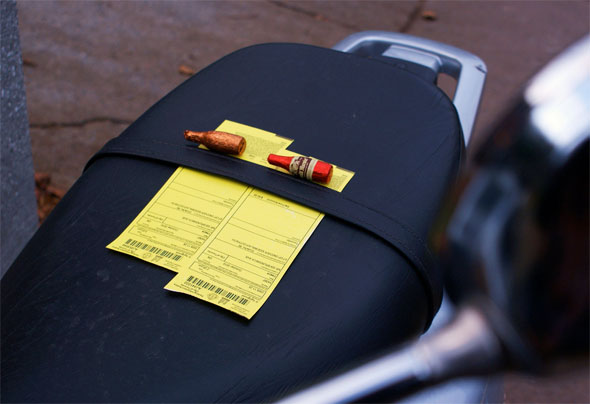