Henrietta Lane is a cafe and drinkery that serves coffee and tea beverages, cocktails and mocktails as well as smoothies, pastries and some house-made snacks.

It’s named for a street in this area near Church and Wellington which was home to a red light district of bars and brothels near the harbour around the turn of the century. 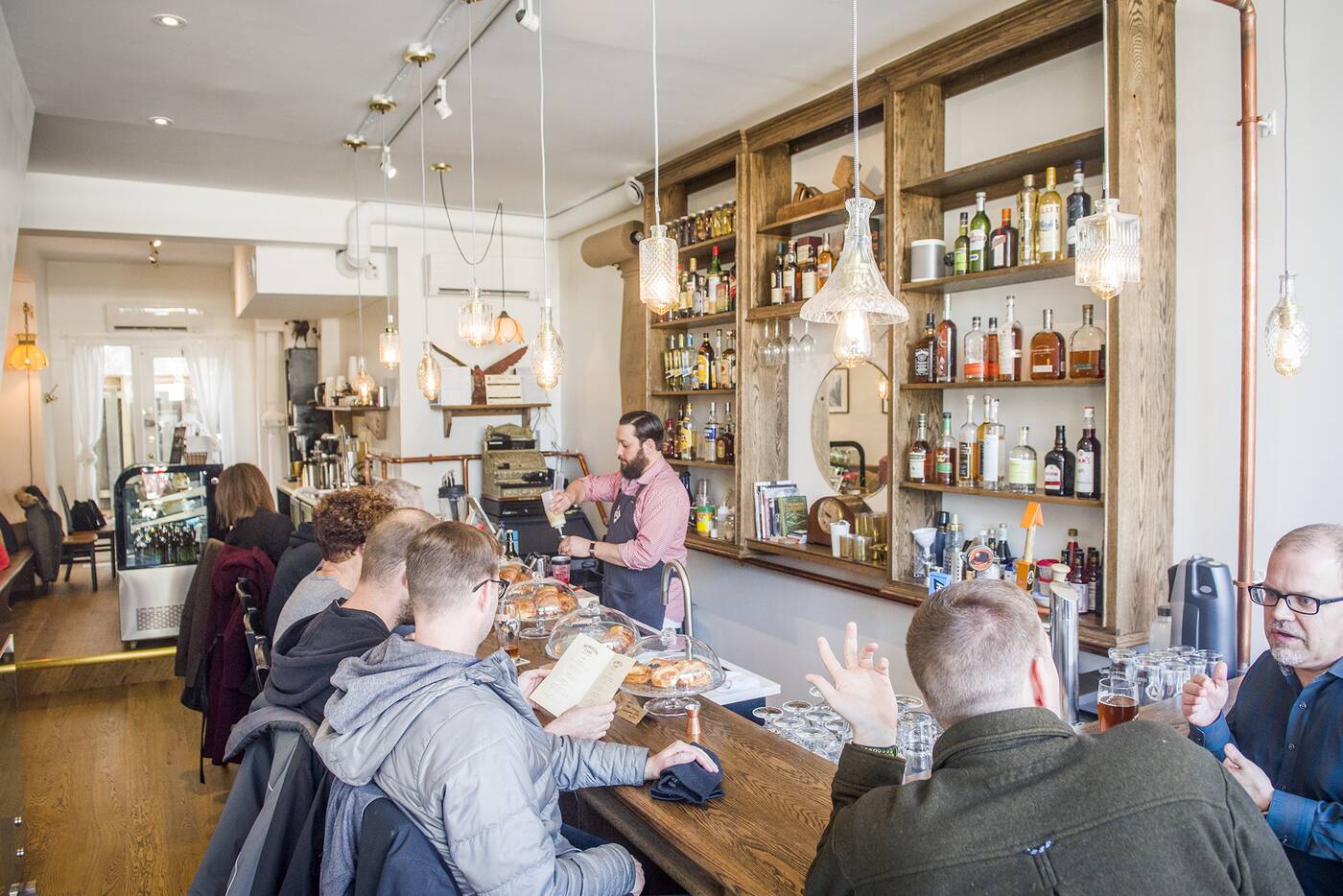 A map near a huge front window with an inset wood bar depicts the street itself, obtained from the Toronto Archives. 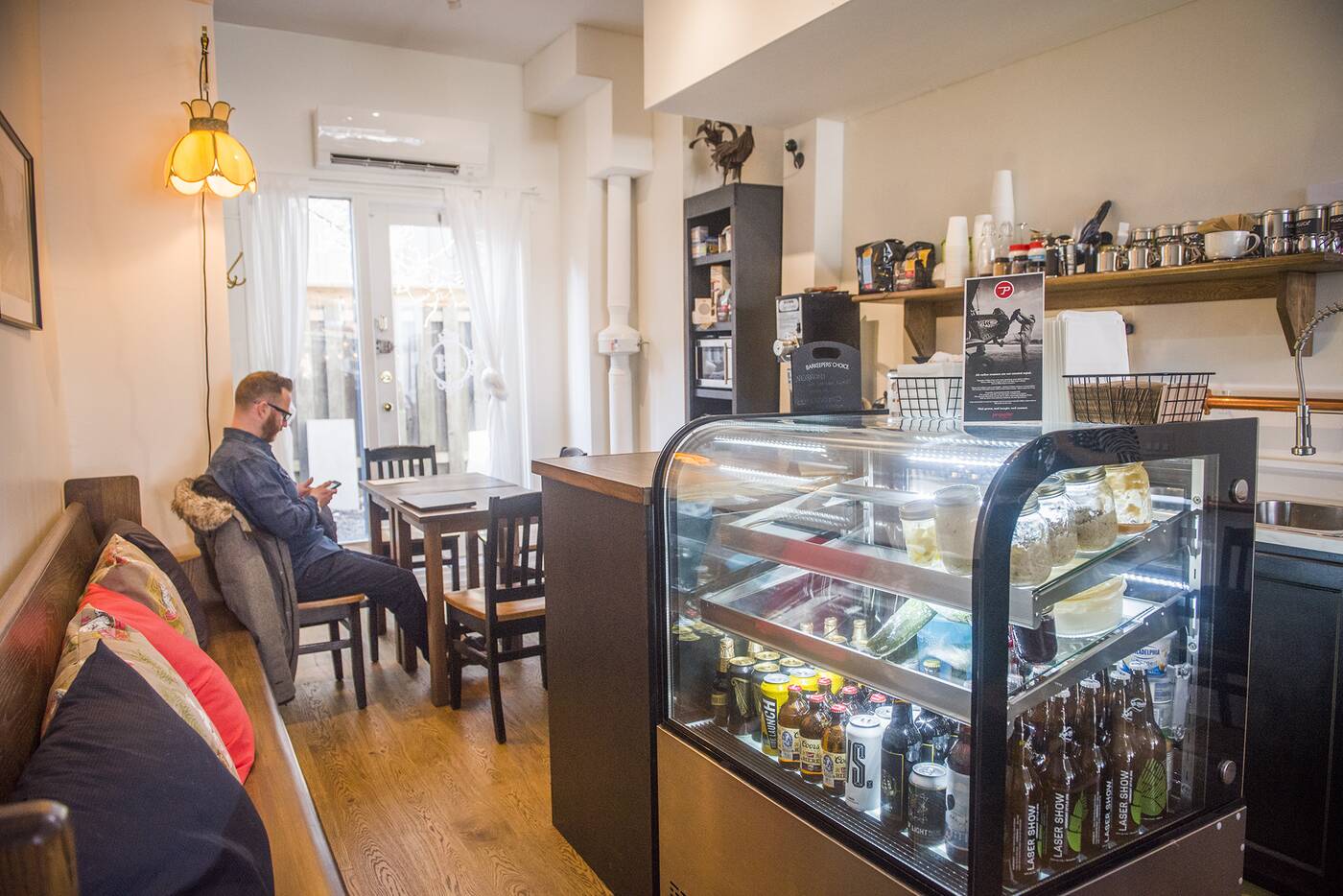 Other photos from the Archives adorn the space along with antiques which one of the owners, Alexi Thibodeau, has an eye for. 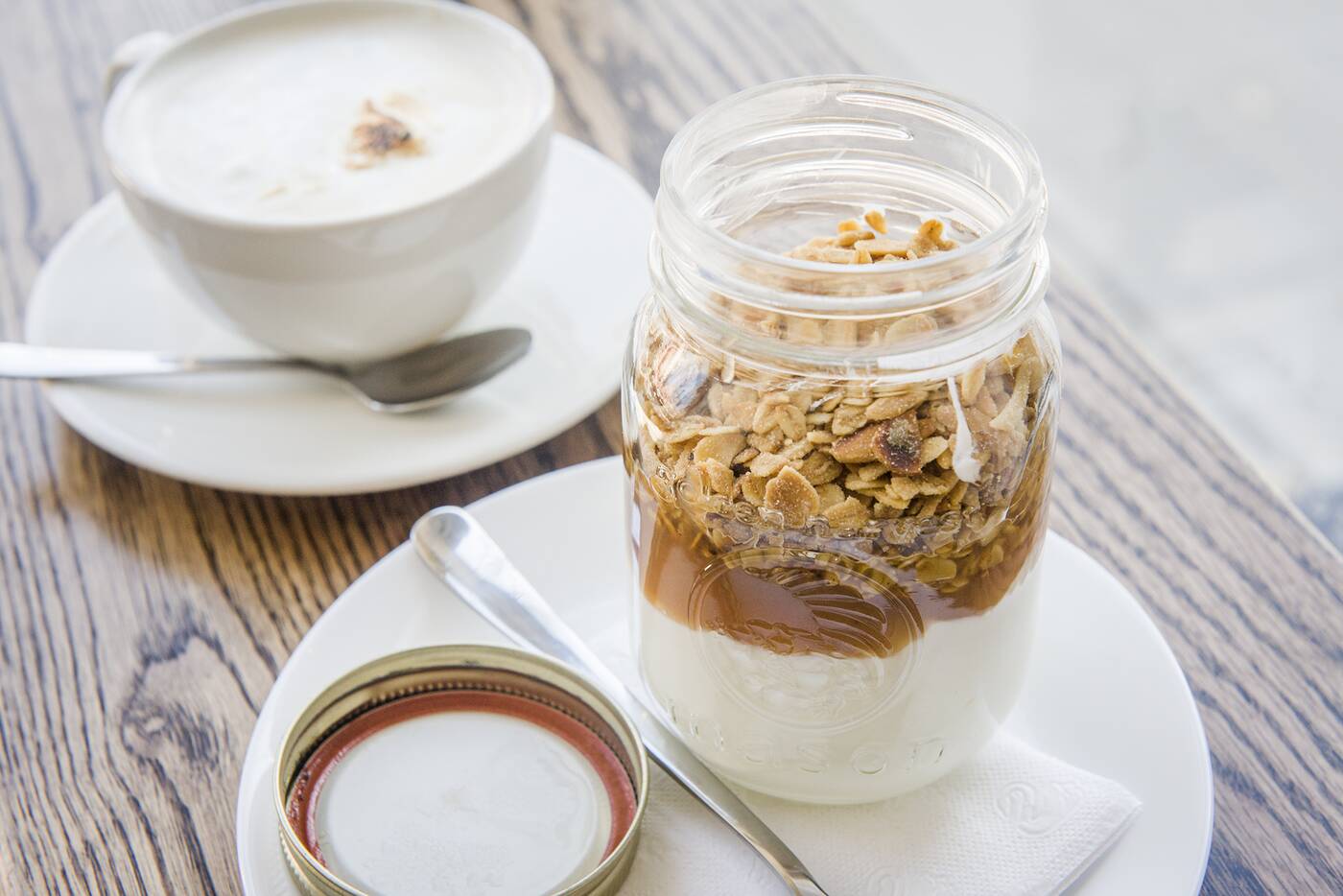 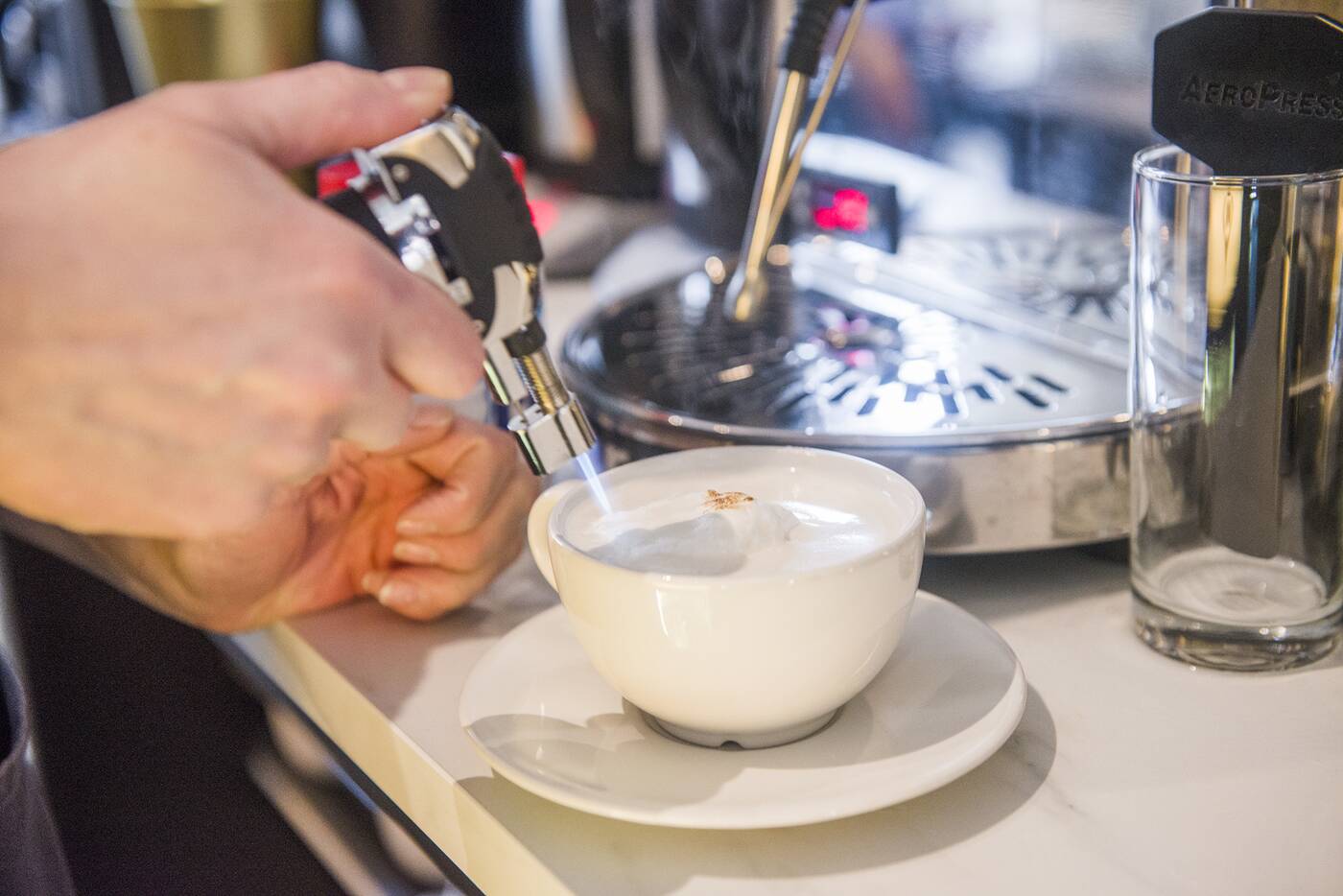 The Great Toronto Fire ($4.35) is a tea latte made with local Pluck’s Canoe Lake, a little maple syrup and a topping of torched marshmallow Fluff. Tea lattes are made with Hewitt’s milk, and coffee is provided by local roaster Propeller. 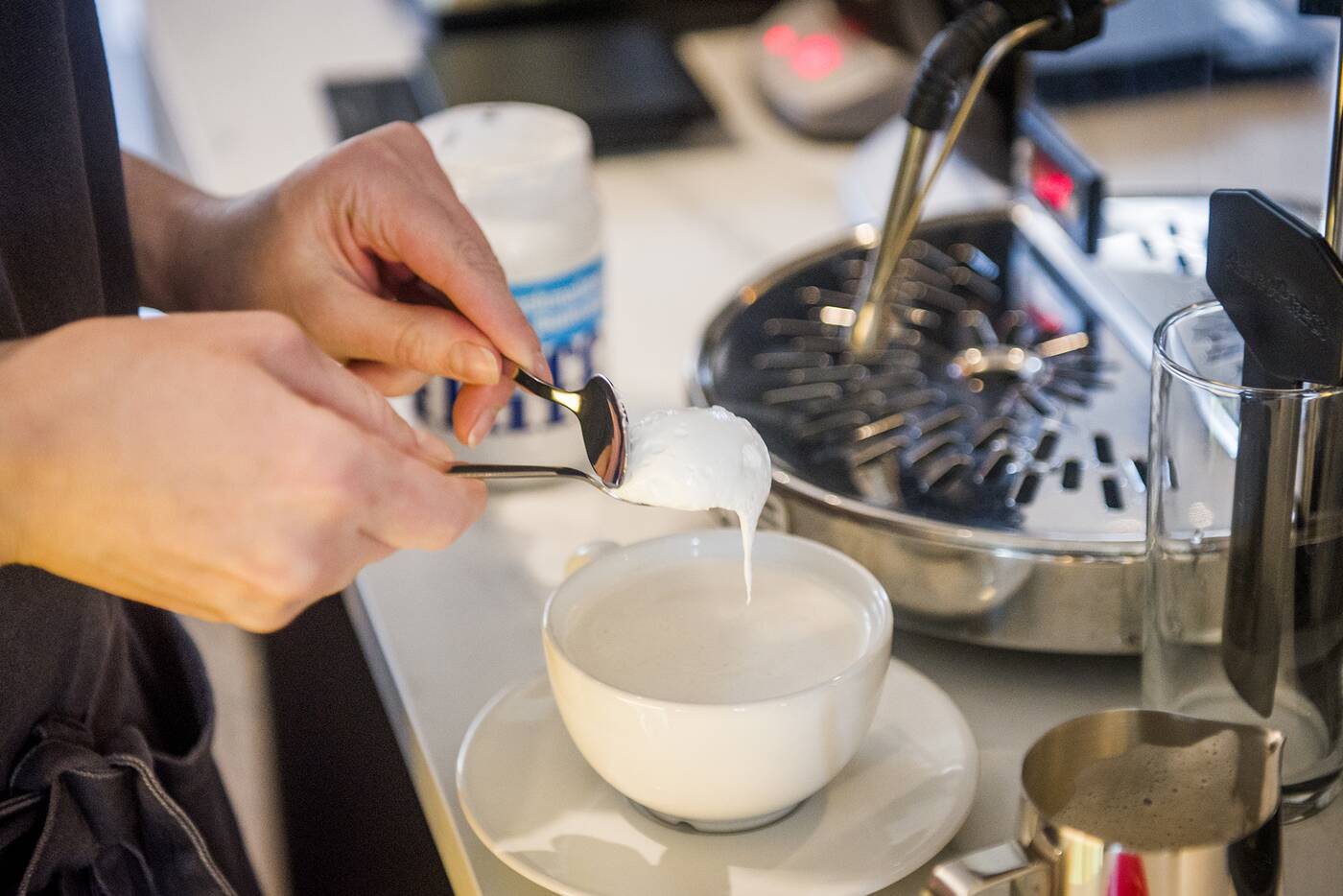 Thibodeau said she wanted to introduce Toronto to the smoked teas she loves by way of a London Fog type creation, and this definitely has a distinct smokiness tempered by more familiar sweet flavours.

A turmeric latte ($4.35) uses Pluck’s Harvest Gold tea with locally grown and milled cranberries and blueberries, turmeric, ginger and cinnamon, plus an extra dusting of cinnamon on top. 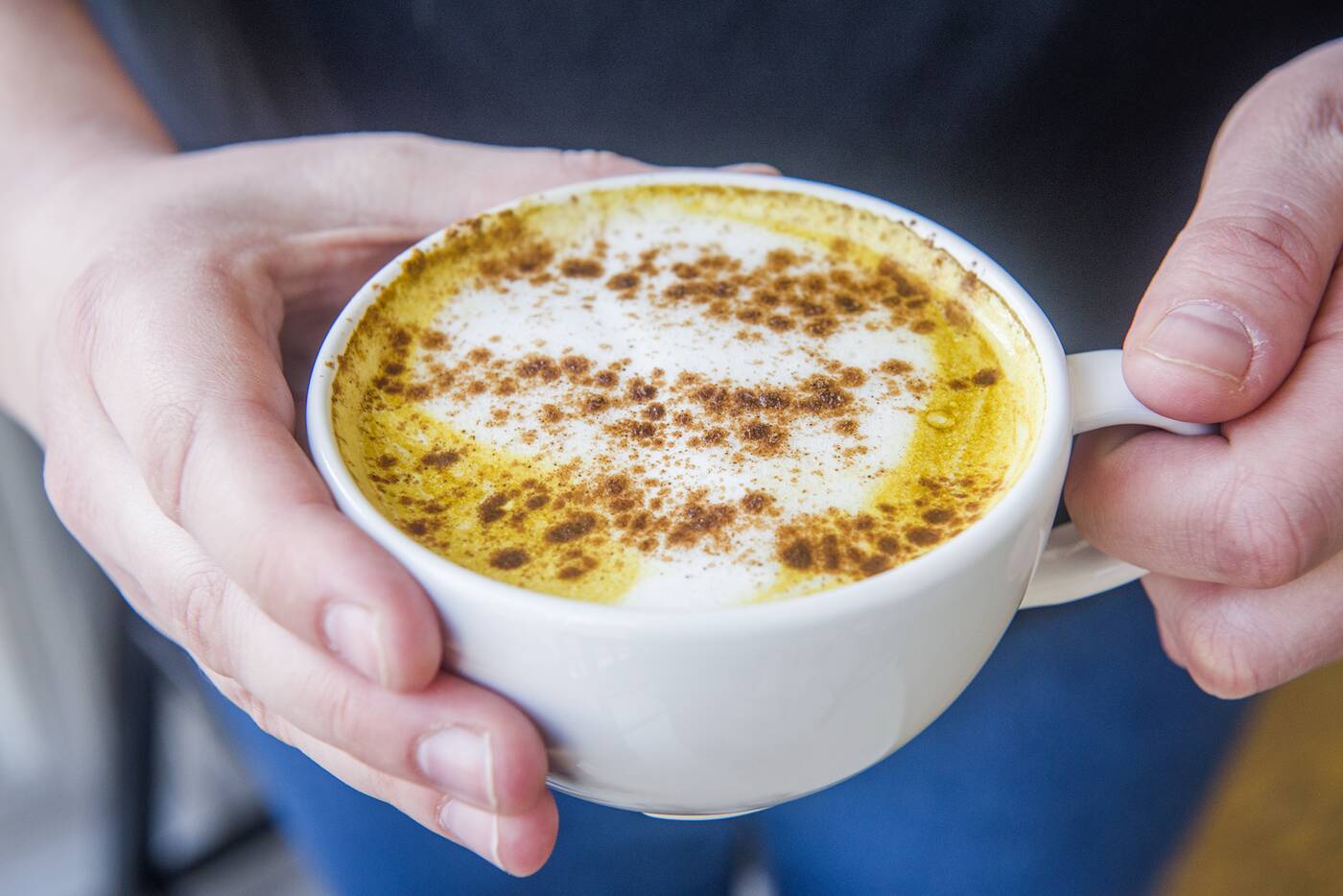 Many turmeric lattes can be overly strong-tasting and therefore need to be balanced out with extra sweeteners, but thanks to the type of tea this latte is based on it doesn’t need a lot of extra sweetness.

It’s still earthy without the turmeric being overpowering, definitely just one note out of several flavours. 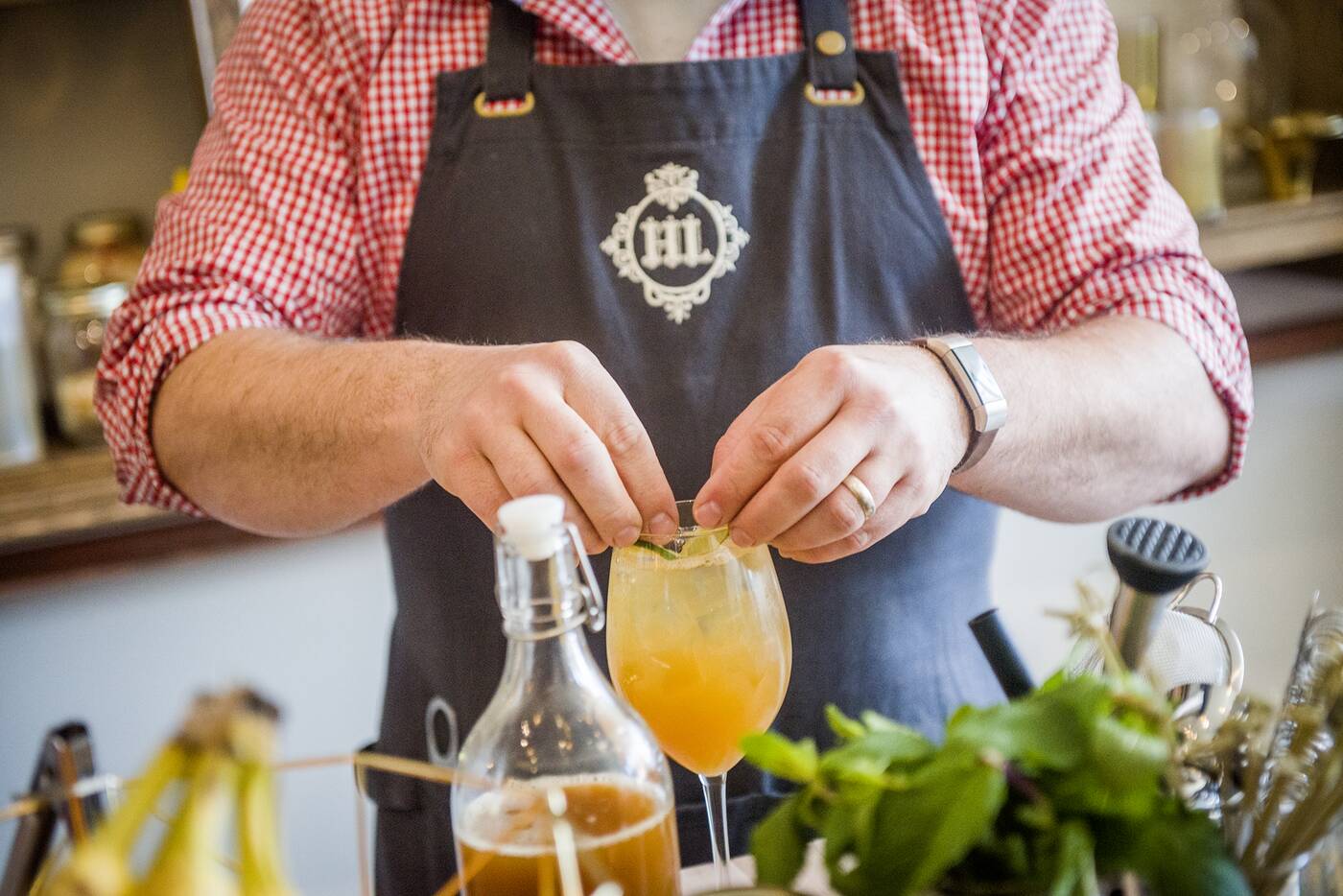 A Chai Blossom ($5) is light on the chai flavour though beautiful and refreshing; maybe I needed to stir in the house chai concentrate more.

It’s been mixed with soda and lime juice, and finished off with star anise and a twist of citrus. 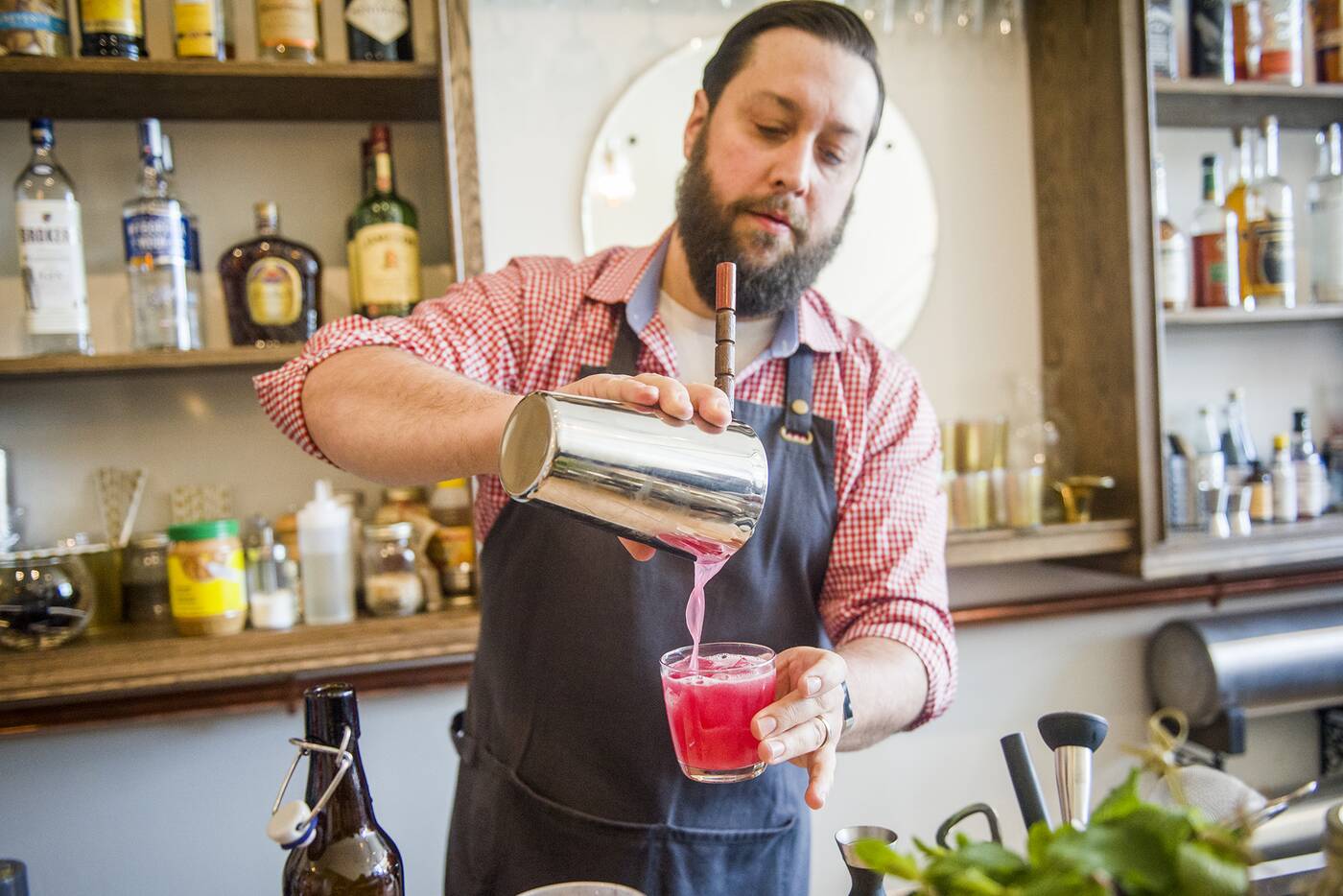 This drink is from the “Teetotaller” mocktail list, though you’re welcome to spike any of these. 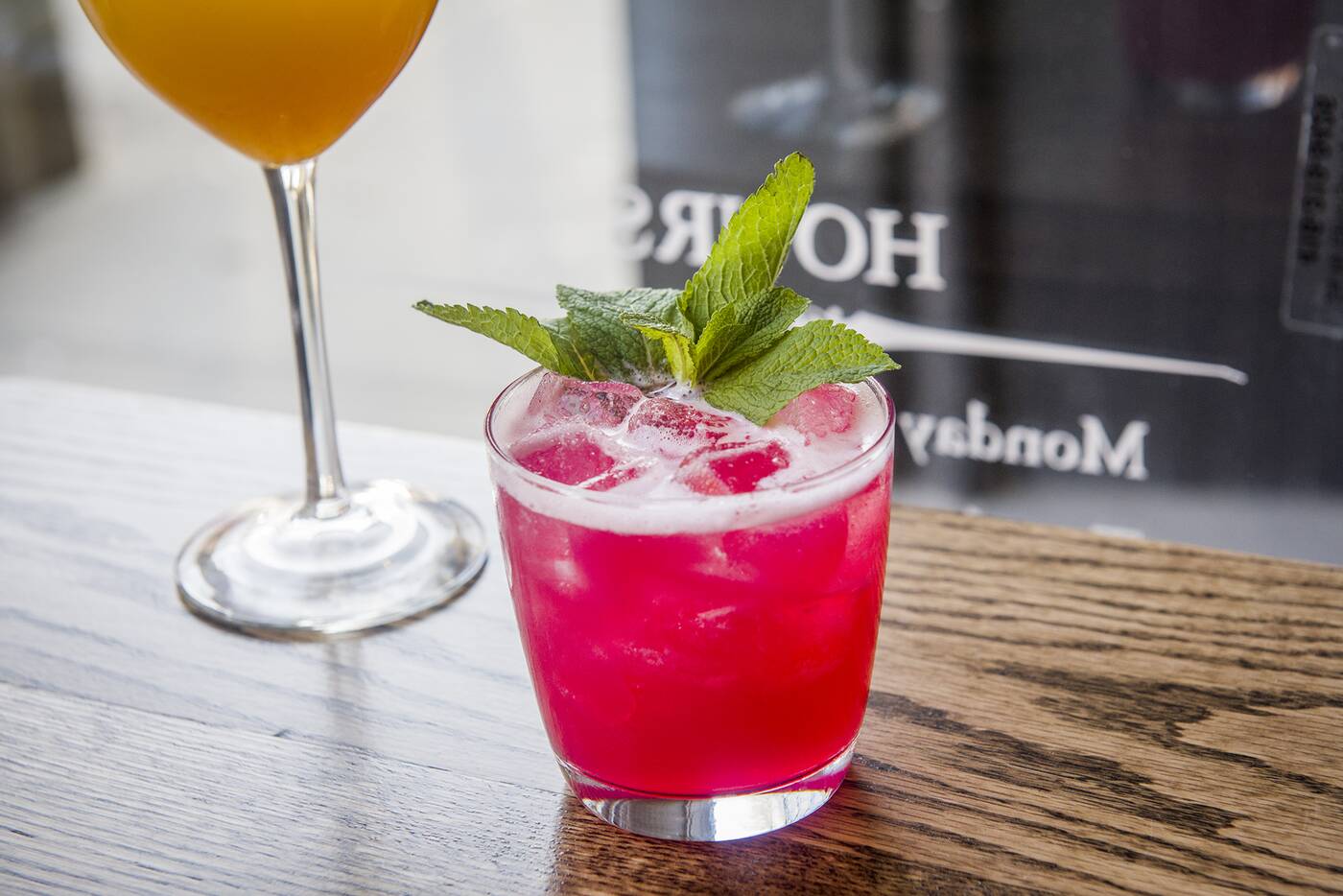 The Bramble ($11) is an alcoholic option based on Broker’s gin, with lemon and a vibrant and sweet house blackberry, raspberry and strawberry syrup. 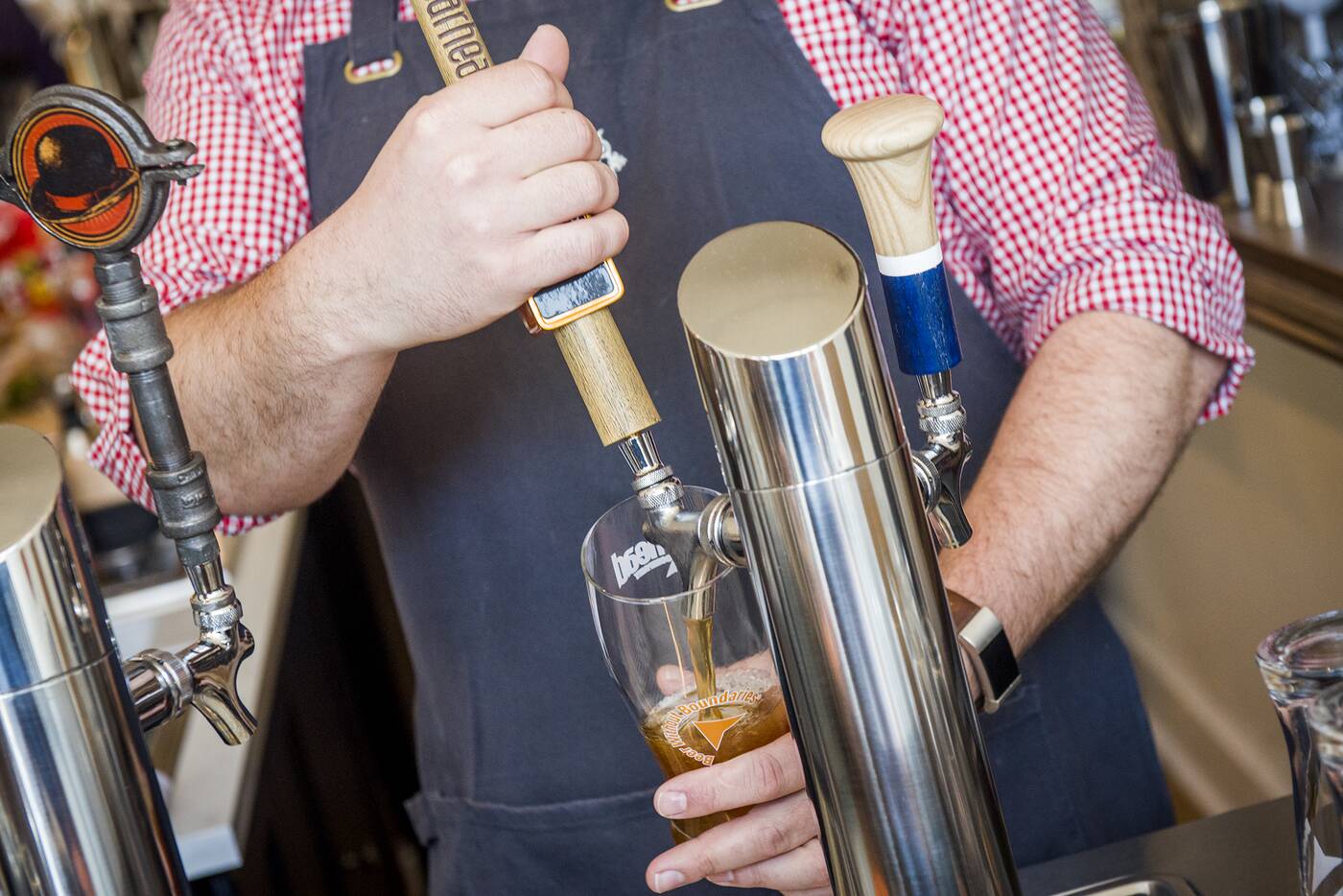 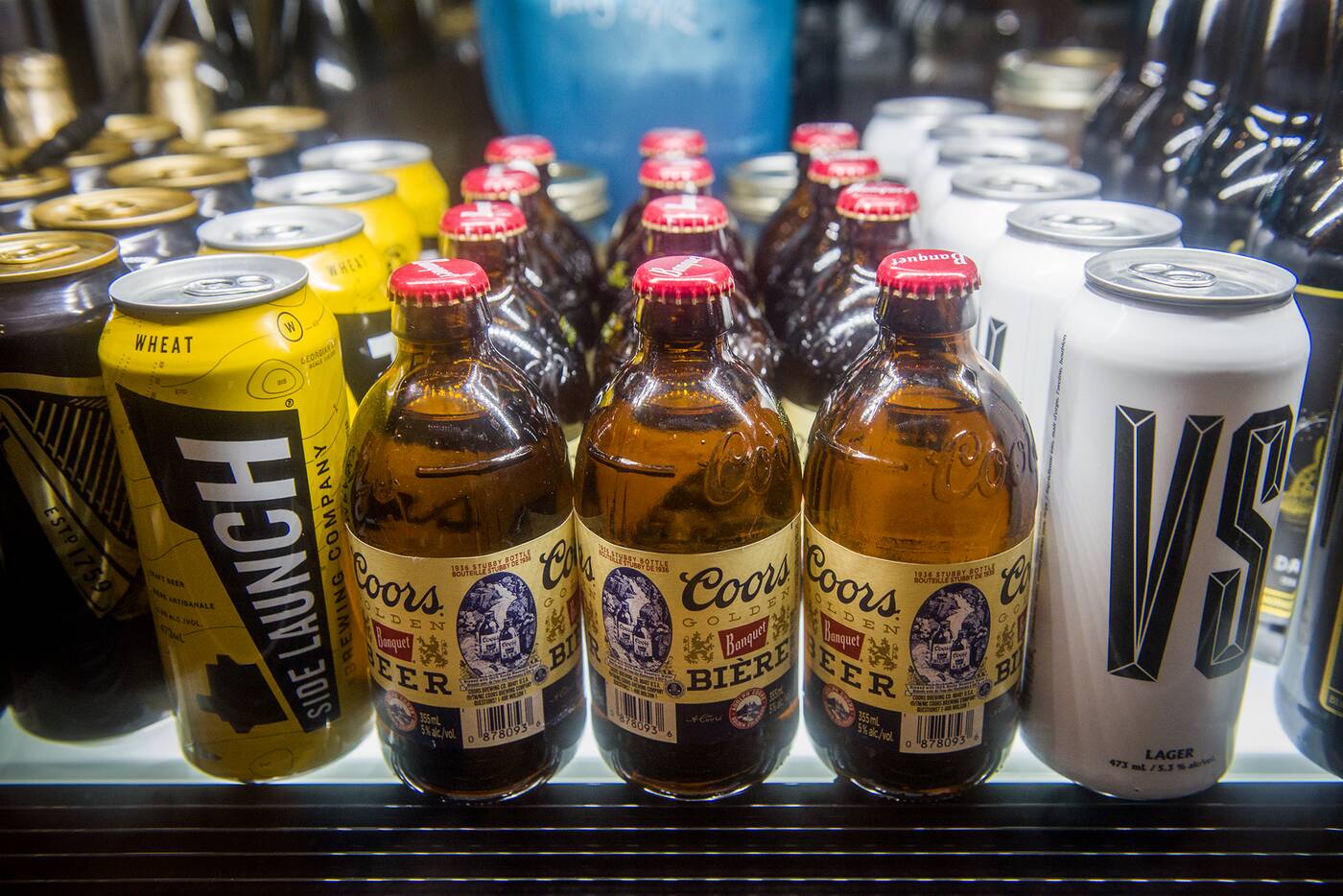 They also stock cans of Side Launch and Versus Lager, as well as Left Field and Blood Brothers bottles, Coors Banquet stubbies and Guinness. 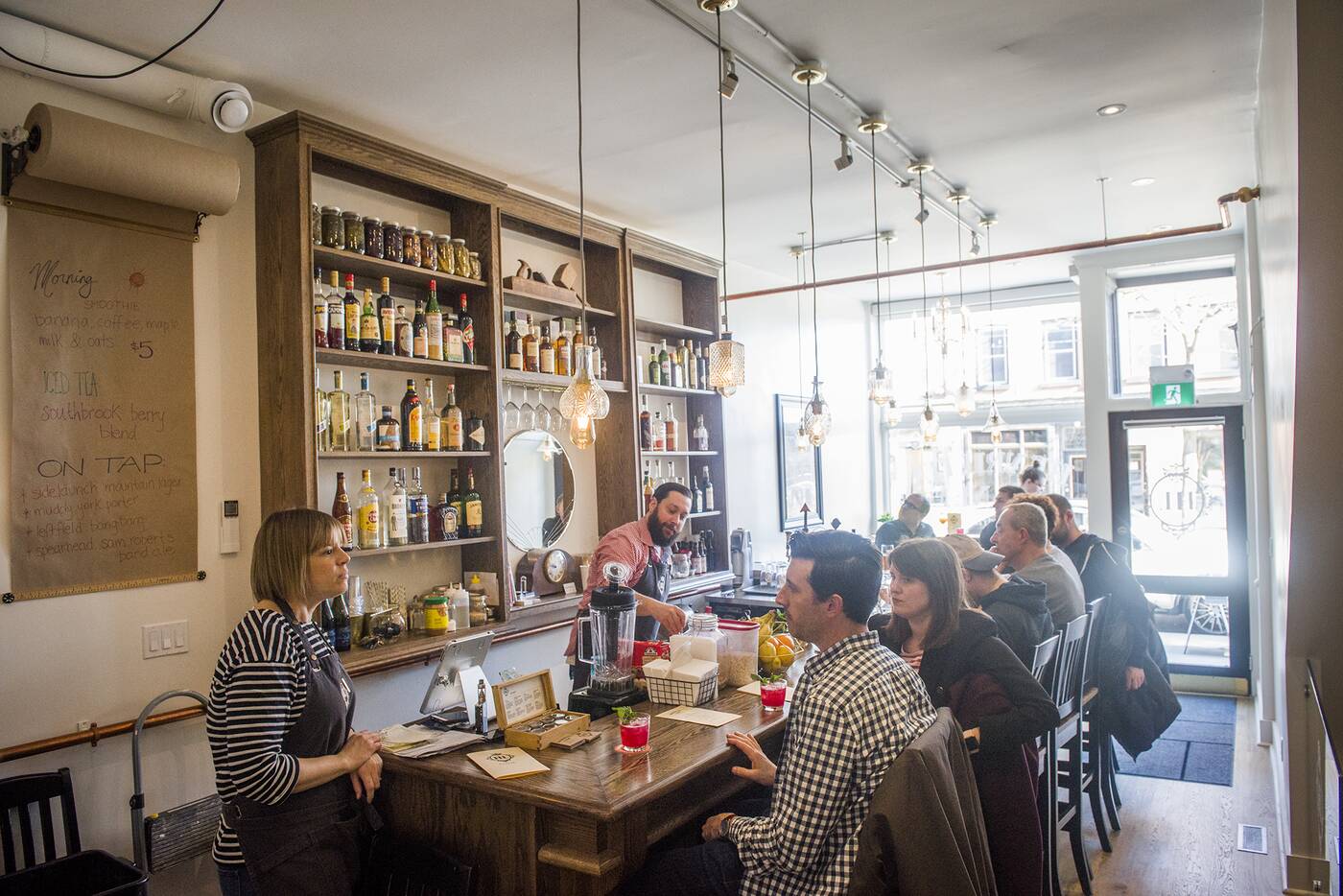 Thobideau co-owns the place with Josh Colleran, both formerly of The Lab in the Annex. The all-purpose drinkery is open from early morning until last call every day. 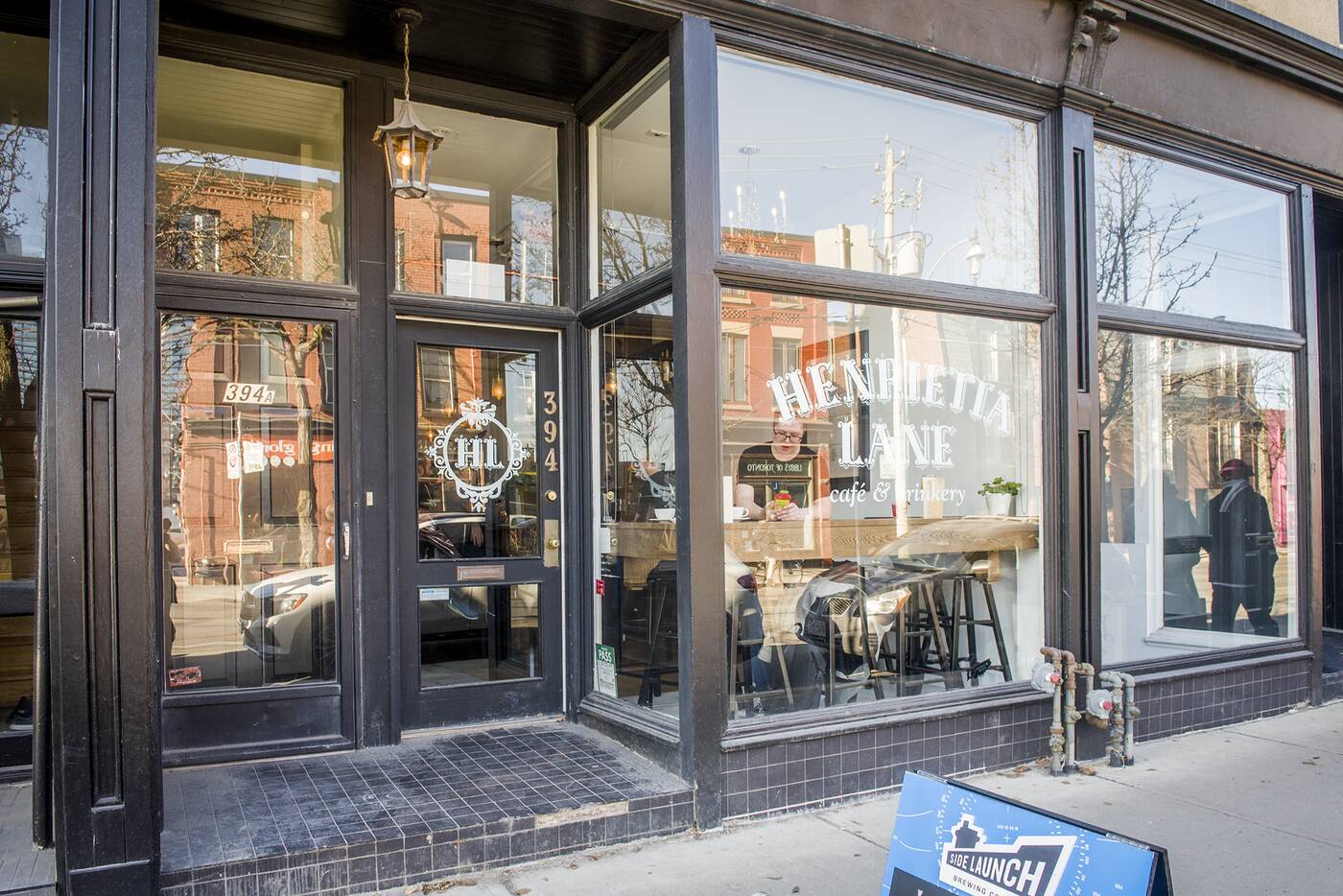